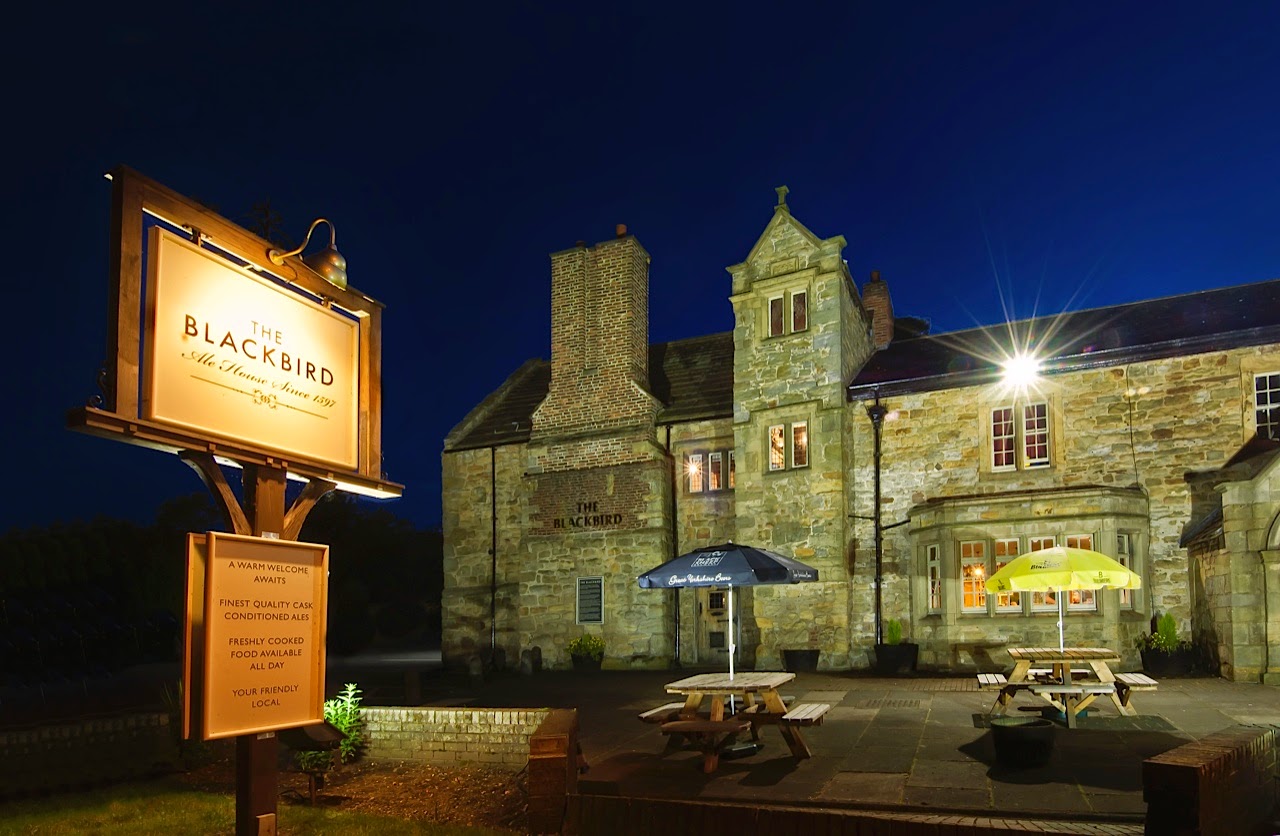 
RE-REVIEW - 11th OCTOBER 2014.
A couple of weeks ago I heard on the grapevine that Chef Robson had suddenly left The Blackbird (see my ominous warning below).  Since then a number of readers have alerted me to a sharp falling off in standards.  I was alarmed, because I've been informed that many people had been heeding my advice and were now packing this exciting new gastropub.  Concerned for my own reputation, I paid another secret visit this Saturday lunchtime and I'm afraid I found the criticisms largely justified:

It was 2pm, and Mrs Diner wanted to order the soup of the day, but it had already sold out.  Instead she had ancient tomato salad (see my earlier review below), which was fine, except that the green beans had lost their colour and were tough and chewy, rather than bright and crunchy - I suspect they had been underblanched, and then not dipped in iced water to retain colour.

She also ordered a tuna sandwich, which arrived as two enormous and mismatched doorsteps of white bread into which had been roughly piled a mound of tuna and crème fraîche, its taste marred by the unnecessary addition of butter to the doorsteps.  Not since 1970 has any self-respecting catering establishment thought of buttering bread that surrounds mayonnaise or crème fraîche!  The sandwich was placed on a side plate that scarcely contained its bulk.

My rare flat iron steak, which had previously been one of the restaurant's flagship dishes, arrived so tough it had to be sent it back.  I'm aware that the butler's cut, as it's more properly called, is by no means the tenderest part of a cow, which is why a kitchen that offers it rare should be very confident of its provenance, age and butchery.  This was a hewn slab of underhung rare rubber shoulder.

In the absence of a burger, which had also sold out, the waiter replaced it with what he said was the last fishcake (quite what people were going to eat for the rest of the day was unclear).  This was adequate, though more cake than fish, with some tiny shrimp.  However, it sat with its spinach in a moat of buttery liquid that was so salty as to be utterly undrinkable.  Rather than the beurre blanc that it might have been, this fluid had the consistency of skimmed milk.  I suspect the capers that floated in this catastrophe may have been the cause of the problem. It came with a miniscule undressed salad of little gem and more ungreen beans.

It pains me to say this, because I really want to support this venture, and the residents of Ponteland desperately needs some decent British cooking, but this performance was so below par I've had to take The Blackbird off my recommended list and downgraded the rating from 4 stars to 2.  I hope the owners manage to find a decent head chef soon, otherwise it will incredibly difficult for them to recover from this setback.  When they do, perhaps someone will let me know and I might be persuaded to give the place yet another go.

The lineup is certainly impressive. Glen David Robson, one of Terry Laybourne’s most senior lieutenants, who was head chef of Caffè Vivo (my Best European Restaurant award for the past two years), has been paired with Danny Diver, the sommelier of Jesmond Dene House (Best Hotel Restaurant). Two culinary heavyweights in a Ponteland pub? This has got to be a serious attempt on the Best Gastropub in the North East crown.

The setting is terrific: it’s a very attractive conversion of an historic inn dating back to the 16th century. It even has the original fireplaces to prove it. The bar is open and large, whilst the formal restaurant to the side in a kind of vaulted cellar, with a vast fireplace. There’s another attractive room upstairs, complete with minstrels’ gallery. 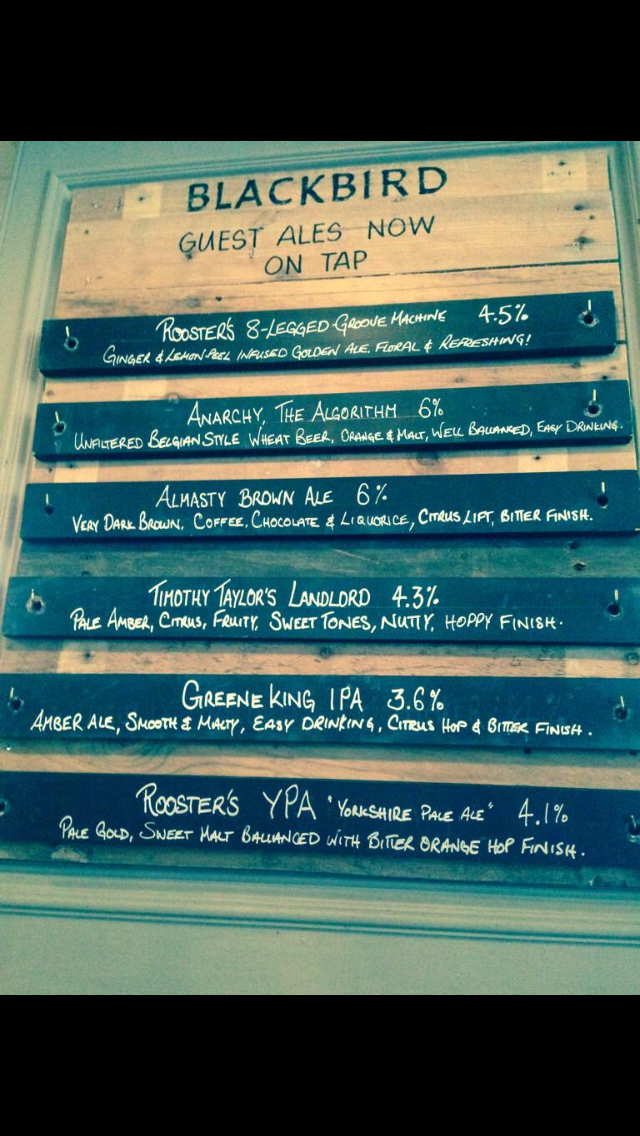 Above all, this is a real pub. When we arrived, it was full of regulars and very large dogs: I like that. The welcome from the bar staff was effusive and warm: I like that even more. There’s a great selection of real ales (even better) and a huge choice of wines by the glass – 7 whites and 7 reds (perfect). There’s actually nothing I didn’t like about The Blackbird. If I lived in Ponteland, I’d probably move in.

Diver and Robson have only been paired a few weeks, so it’s still bedding down. Diver is general manager, but as you expect from a trained sommelier, his passion is the wine. So Mrs Diner and I enjoyed an unusual experience: a wine-pairing in a pub. We just let him get on with it, and let the kitchen surprise us with its food.

Robson’s menu is very different from the offering at The Broad Chare. Earlier in the week I’d hugely enjoyed Laybourne’s Venison and Pigs’ Trotter pie – an enormous Desperate Dan dish, which I devoured with two friends and a good bottle of Malbec.

But, as well as working with Laybourne in his Michelin-starred days at 21 Queen Street, Robson was sous chef at Georgio Locatelli’s Michelin-starred place in London, and he’s also worked at Claridges, and in New York and Australia. As a result, he’s brought to The Blackbird a lighter, more international twist to British pub food. It’s very good indeed.

He’s actually attempting what I’ve always wanted in a local gastropub: regular favourites combined with seasonal surprises. That way the locals keep coming for their steaks, burgers and fish pie, but can also use it for their special nights out. The menu changes every month, and there are different specials every day. That’s incredibly ambitious for a small pub kitchen.

I started with ancient tomatoes, goat curd and olives (all regular starters were £6). The creamy, sweet curd was delicious. The heirloom tomatoes were stripy green zebras (I’m guessing here), yellow perfects, and a purple variety I didn’t recognise, topped by crunchy green beans and black olives.

Mr Diver insisted I had a glass of something pink from Alsace, which made sense, while he brought Tio Pepe dry sherry for Mrs Diner’s mackerel, which was lightly pickled, contrasting with much sharper marinated red onions. It was fresh and very good.

We had a sort of entr’acte at this point because Mrs Diner said she liked salt baked beetroot, which we’d seen on the menu, and I wanted to know what a “lobdog” was, so they brought us starter portions of both.

An intense baby golden beet (with all the hallmark of Ken Holland) came with braised fennel and curd, while my lobdog turned out to be a lobster hot dog. 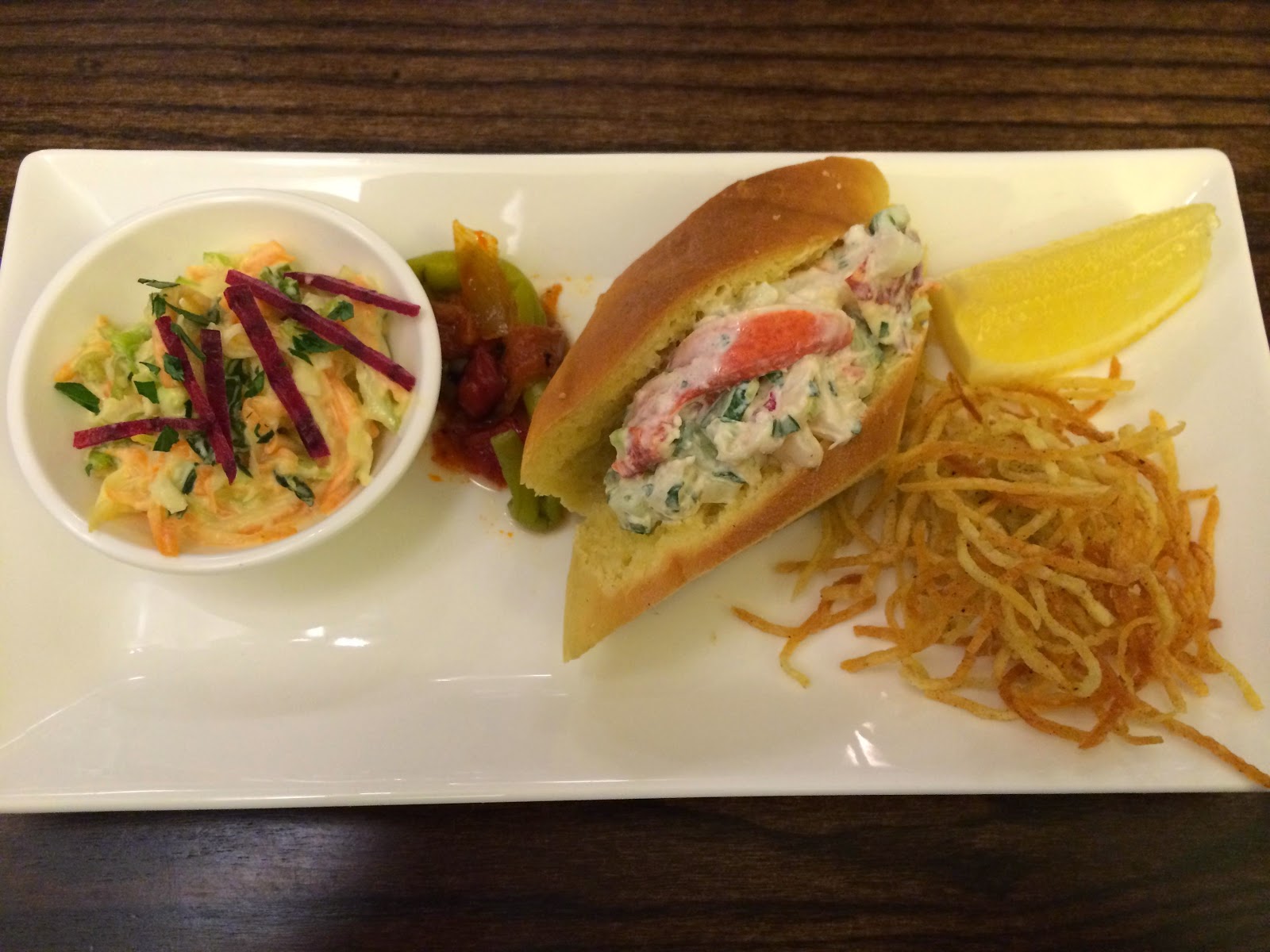 This dish, straight from New York, was sublime – melting and buttery, with great brioche from Geordie Bakers, one sharp jalapeño and one sweet one, served with straw nest of fried beetroot and a little pot of coleslaw. If Glen Robson promises that this dish will always be on his menu, I’ll become a regular. I can’t believe this dish is £13. Plus the glass of crémant d'Alsace that Mr Diver brought alongside. 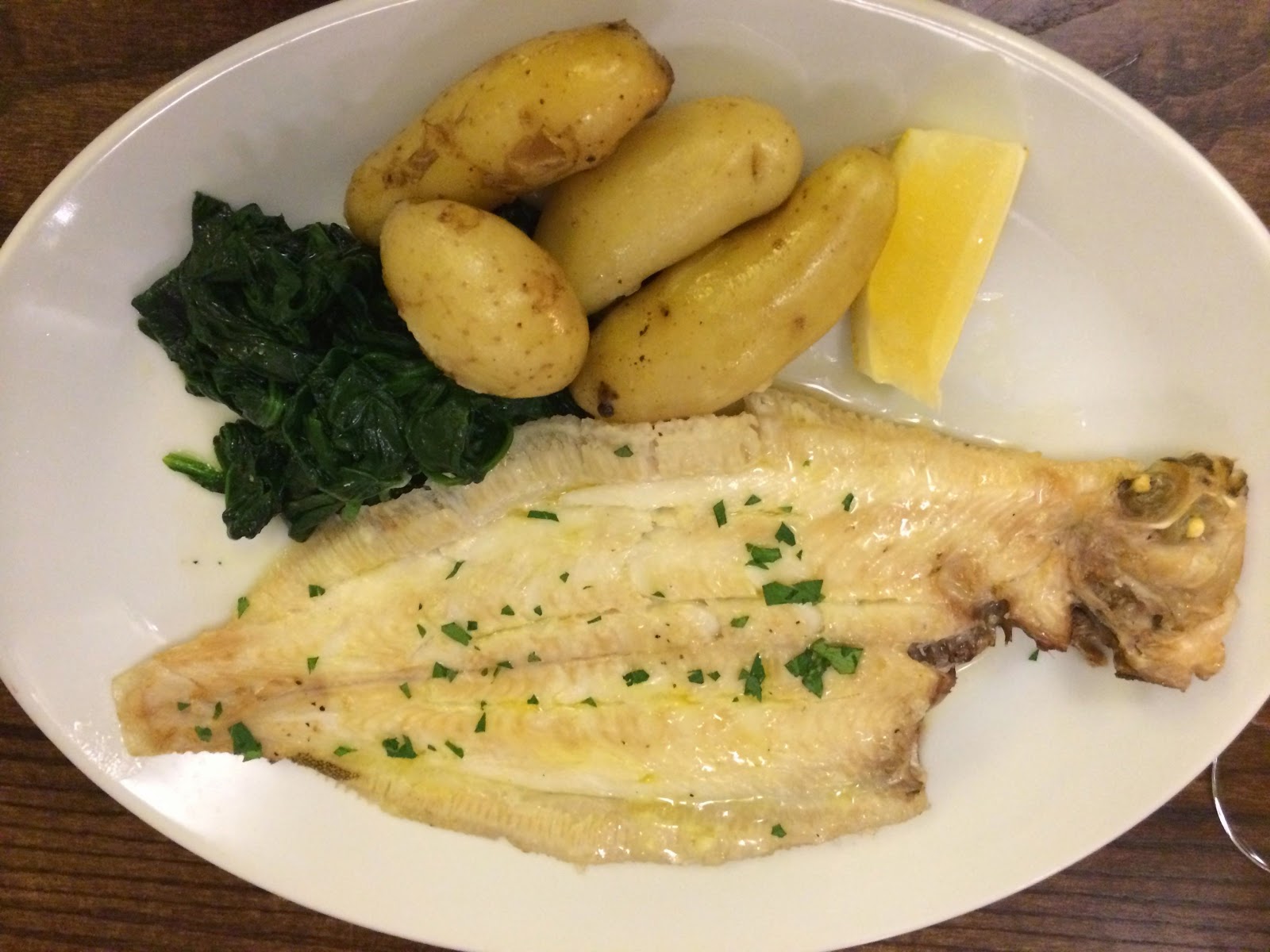 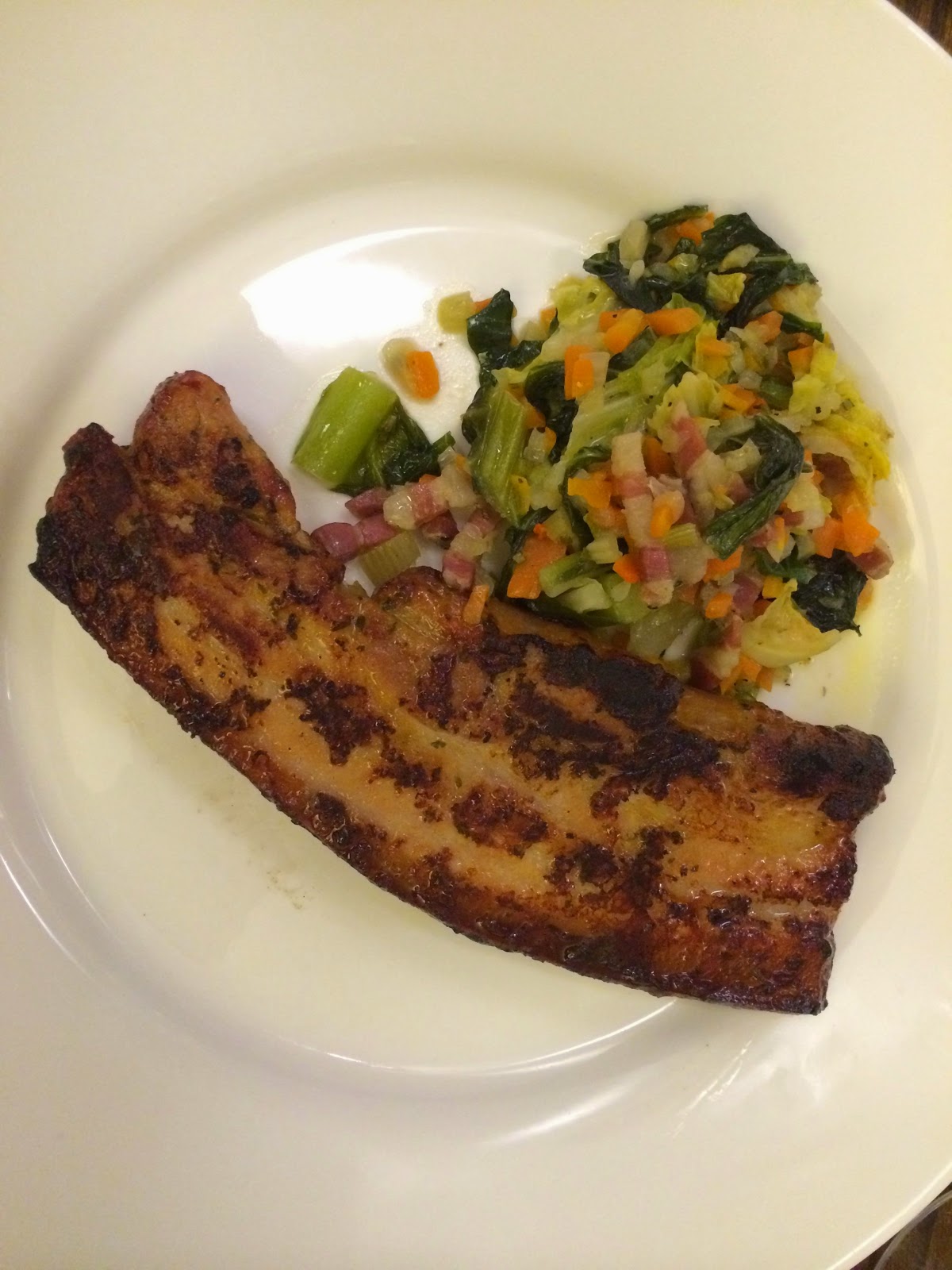 Mrs Diner ordered a whole lemon sole (again, £13 for a generous specimen, fully garnished). Sadly, here the kitchen made its only error: it was perfectly cooked, but overseasoned. 'Less sea salt, chef!' - try saying that a few times after The Blackbird’s in-house sommelier brings you yet another glass, this time pinot noir for my gorgeous belly pork, sous-vided ever so slowly in garlic butter, then quickly caramelised, served with savoy cabbage and pancetta, and great potato wedges. 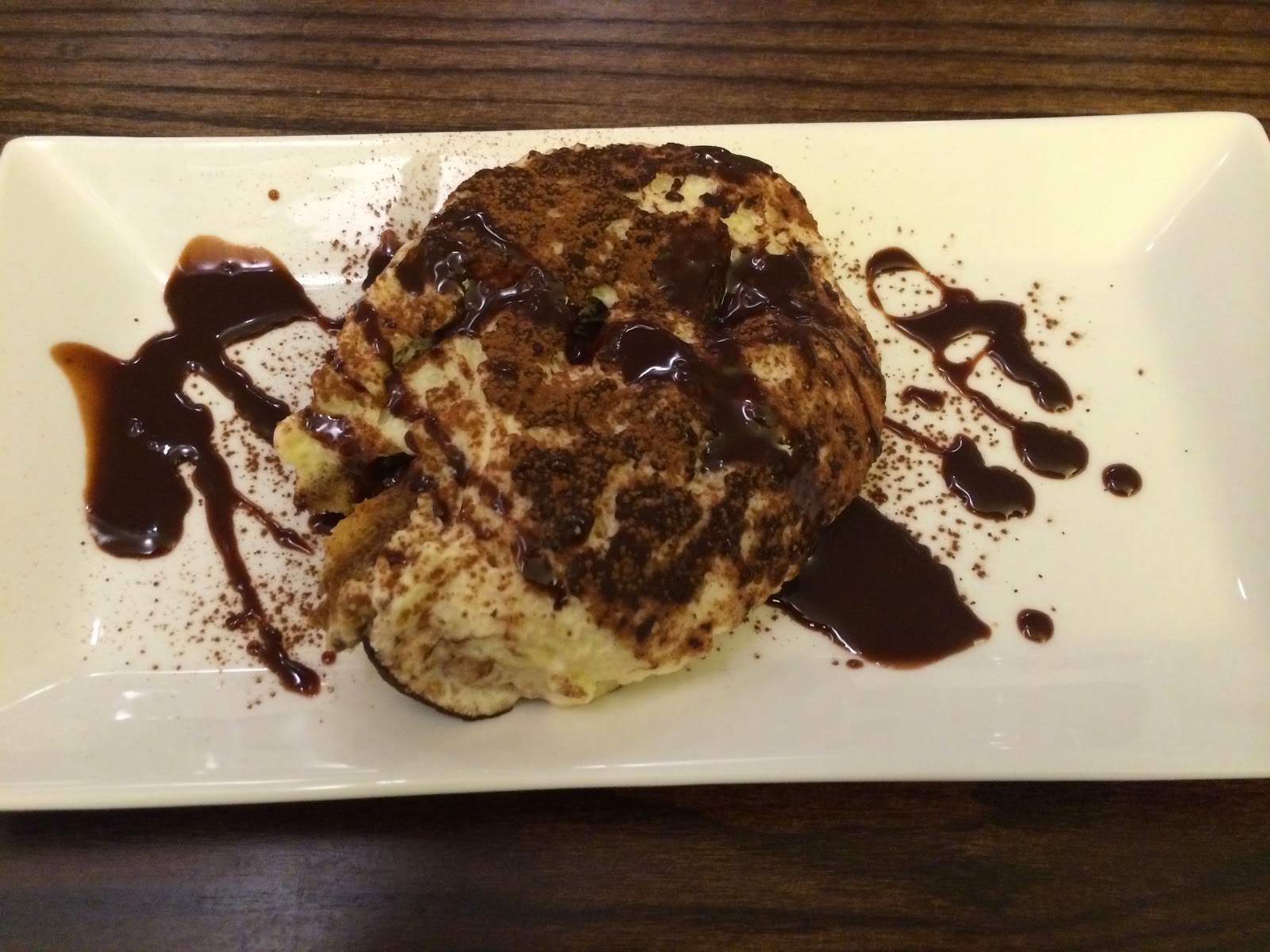 For dessert, tiramisu was bought in and only just acceptable, and the ice creams were all from Blaydon. Not a bad thing in itself: Beckleberry’s ice cream is very good, especially their liquorice and blackcurrant combination, but I was rather looking forward to something crumbly and fruity to go with it. Maybe homemade desserts will come in due course.

Once it gains confidence, this place could be superb – possibly my first 5 star gastropub. That is, if the other North East contenders don’t get there first.

[NOTE:  I've heard on the grapevine that there's been a bit of bother down at The Blackbird and Chef Robson is no longer in the kitchen.  Watch this space - and this rating.]
[STOP PRESS: March 2015 - The Blackbird is now under new ownership.]