The Brasserie at Sage Gateshead 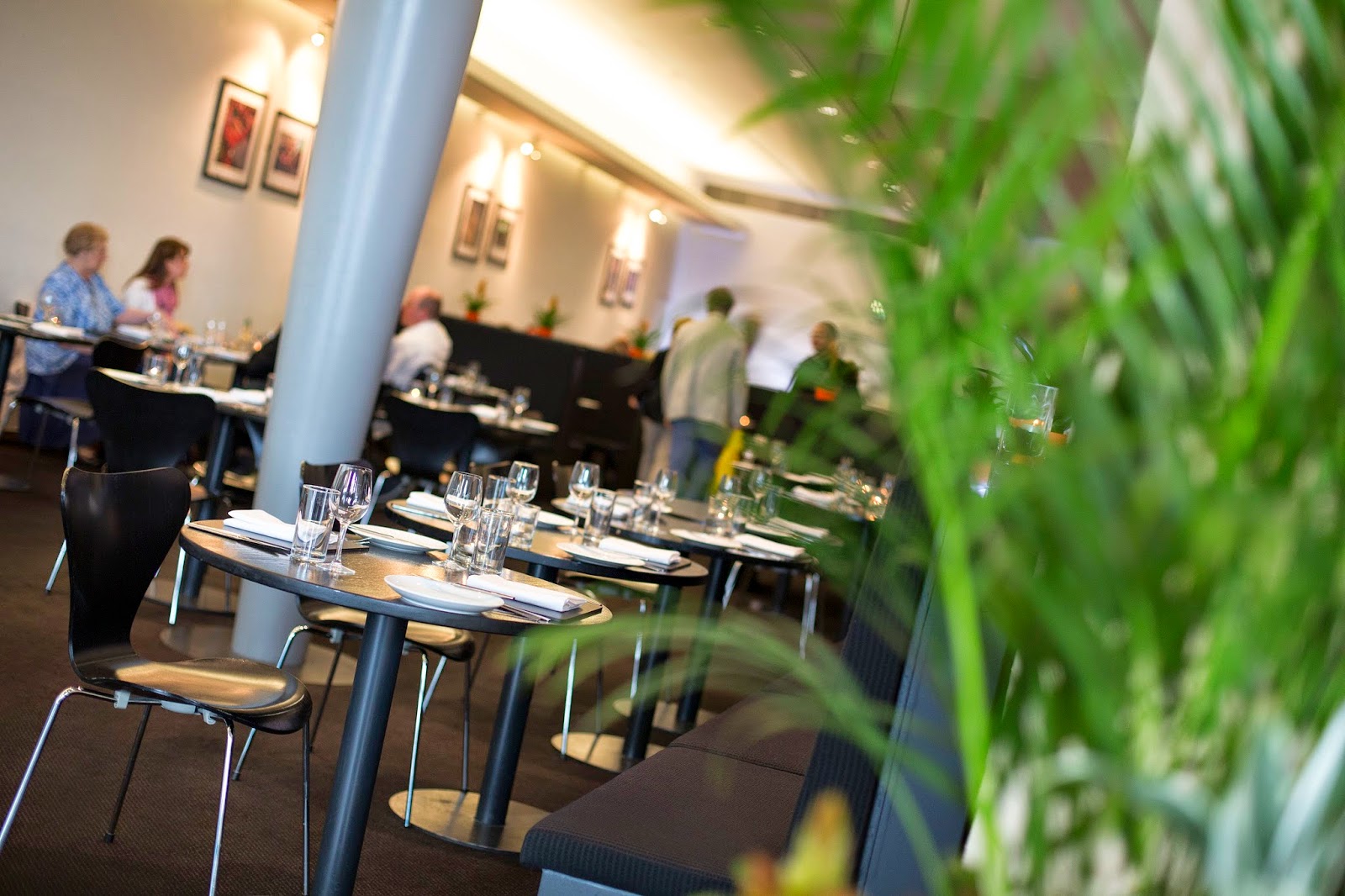 
It’s so nice when you find good food in unusual settings, especially in NE8.

I’d assumed the Sage only served quick-bites and coffees in its cafés. I’d seen the sign for The Brasserie, but I thought it looked spectacularly uninviting with its canteen tables and departure lounge ambience. I suspected an international catering company was responsible, offering prepacked food and disinterested staff, so I’d always avoided it like the plague.

Well, I was right about the international catering company (British firm Lindley had the contract, but it’s now been absorbed by American giant Centreplate), but I was definitely wrong about the food.
The Brasserie is rather good, with fish from North Shields, Northumberland cheeses, local meat and a friendly vibe from cheerful staff.

Although it was virtually empty when Mrs Diner and I arrived, it looked as if a bomb had hit the place. Most of the other tables were in a state of post-pre-concert chaos, still uncleared at 7.45pm.

As the prime function of The Brasserie is to serve meals to concertgoers, you need to eat early (when there are no performances, last orders are about 8pm). But one good thing if you are there for a concert, is that you can enjoy two courses before it starts and then return for dessert in the interval.

Sure, the overhead announcements and five-minute bells made it feel like Central Station, but the polished wood tables and steel framed chairs have been cheered up no end by colourful paper napkins in the wine glasses.

Our menu was called “Pre-show”, though we weren’t seeing one, and was very, very simple: perhaps too basic for anything other than the most informal of occasions.

Right now (according to their website) they offer soup, terrine, a cheesy salad, and a mousse to start, (called Terry’s smoked mackerel mousse, which I assume is a reference to Terry Laybourne, who was initially Lindley’s consultant, and is known to share the odd mousse recipe amongst friends), with two meat and one fish main courses plus a vegetarian option.

So there’s not a great deal of variety, but it’s interesting enough for casual dining. Apparently they vary the menu depending on the concert season, with American food during their Americana festival, for example. 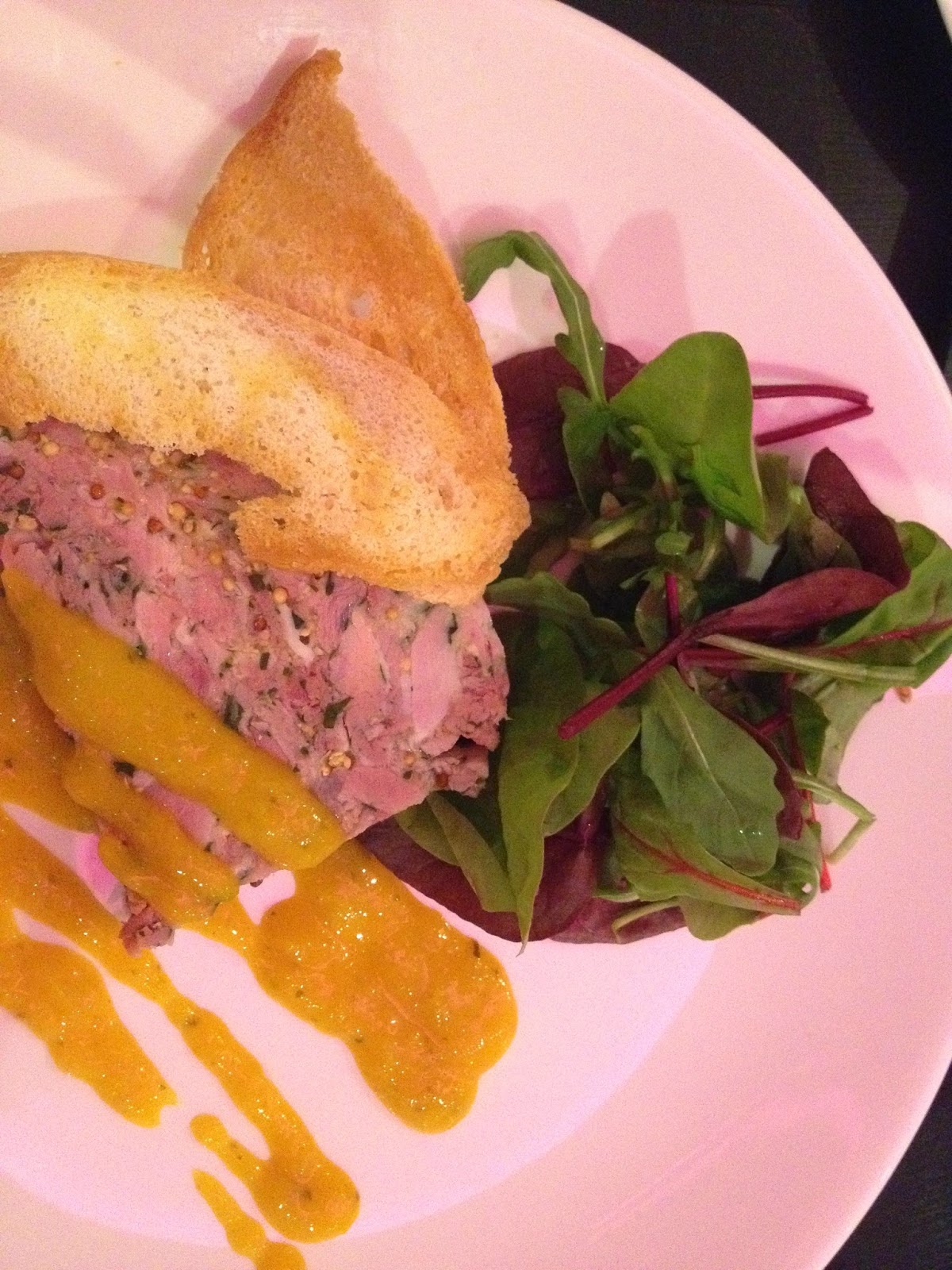 What’s really good is that, though pretty basic, everything is perfectly executed, with fresh, proper sauces and nice presentation. I started with ham hock and parsley terrine, dense in texture, pretty in colour, dotted with mustard seeds and served with excellent fresh piccalilli. 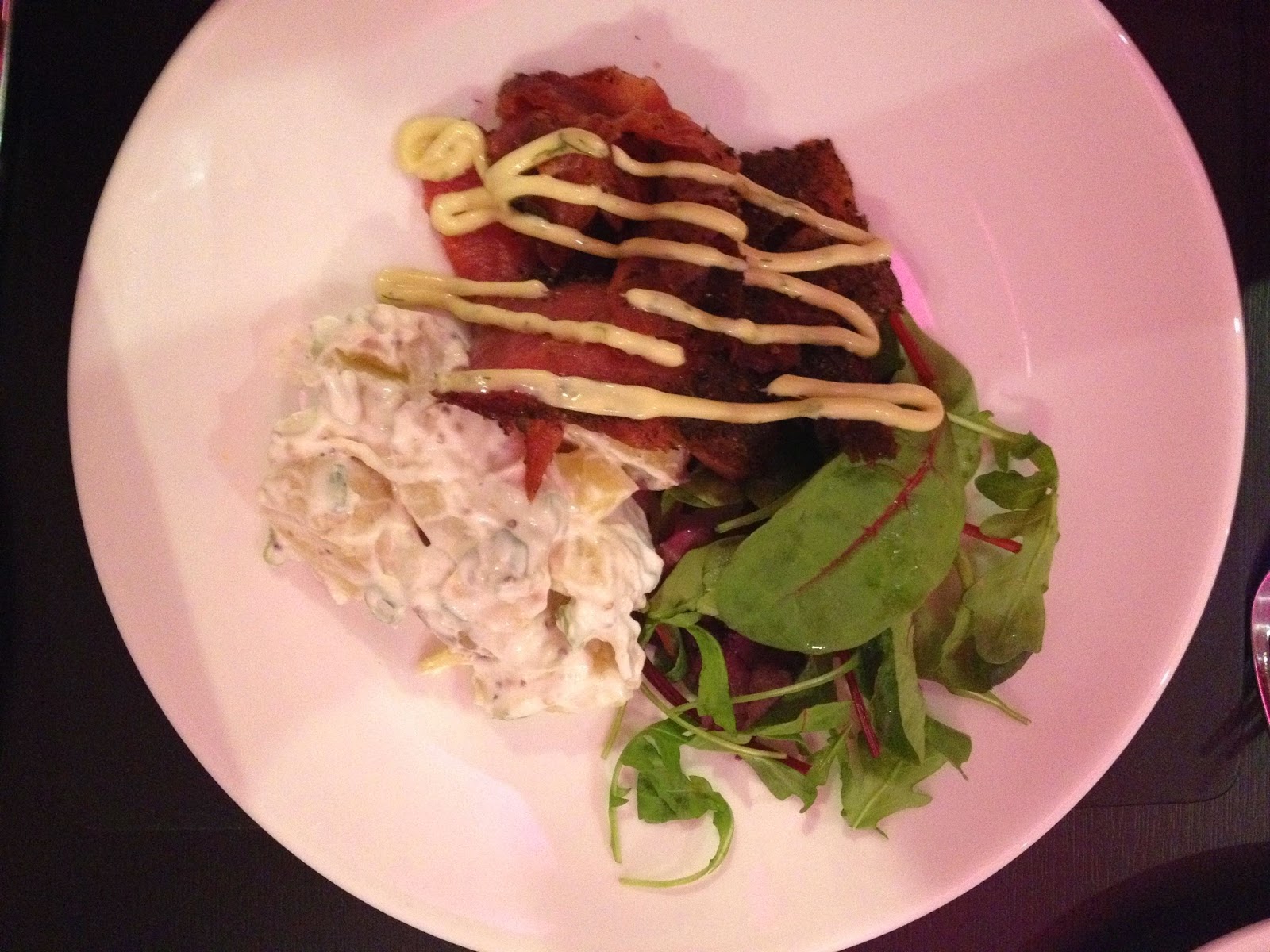 Mrs Diner’s gravadlax was thick and beetroot-stained, with a balanced honey dressing, and creamy potato salad (but why do so many North East restaurants still not dress their salad garnishes?) 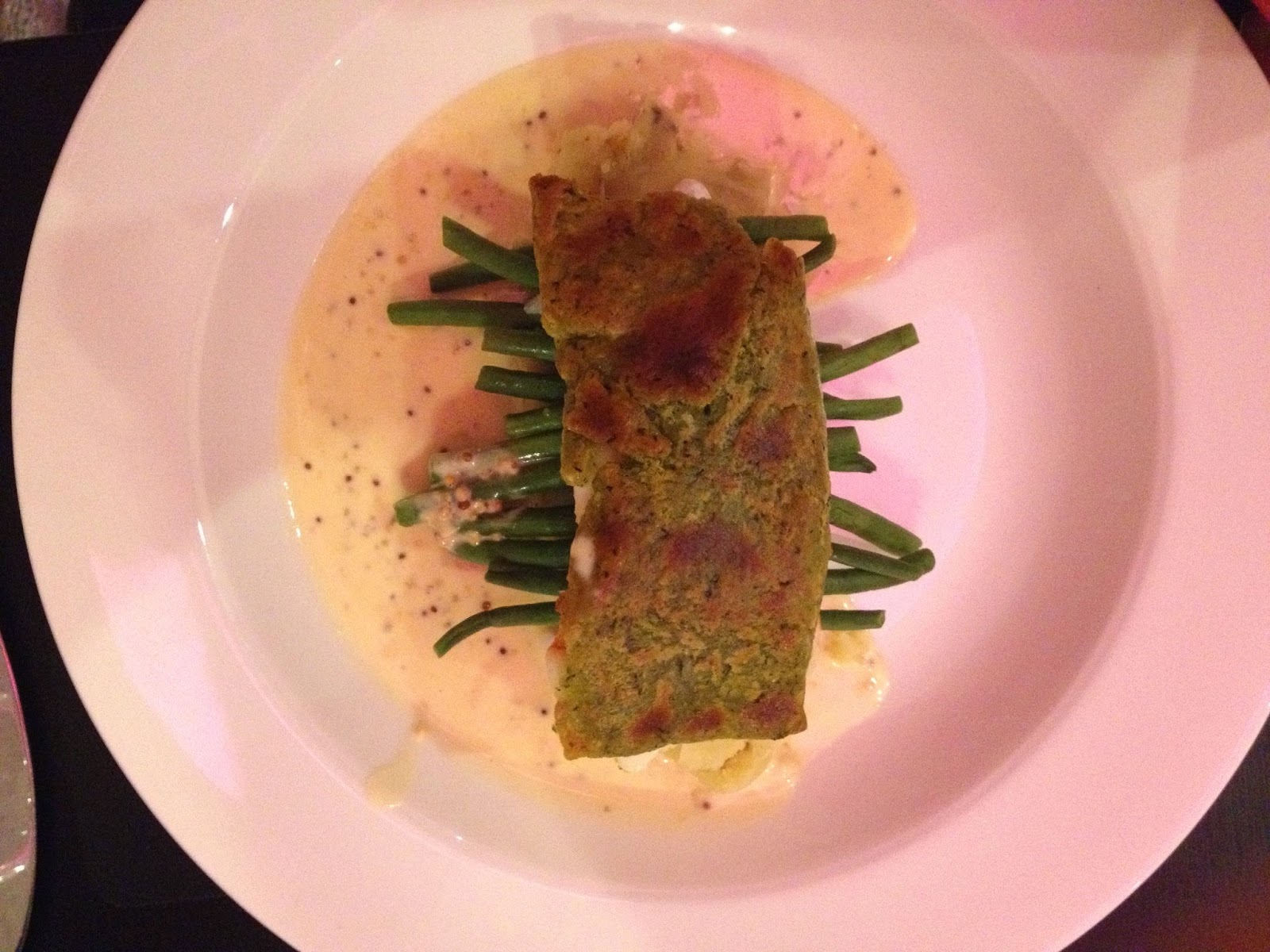 Mrs Diner then had fresh cod, lightly cooked with a thin, concentrated, herb-and-cheese crust and a fine grain mustard sauce. 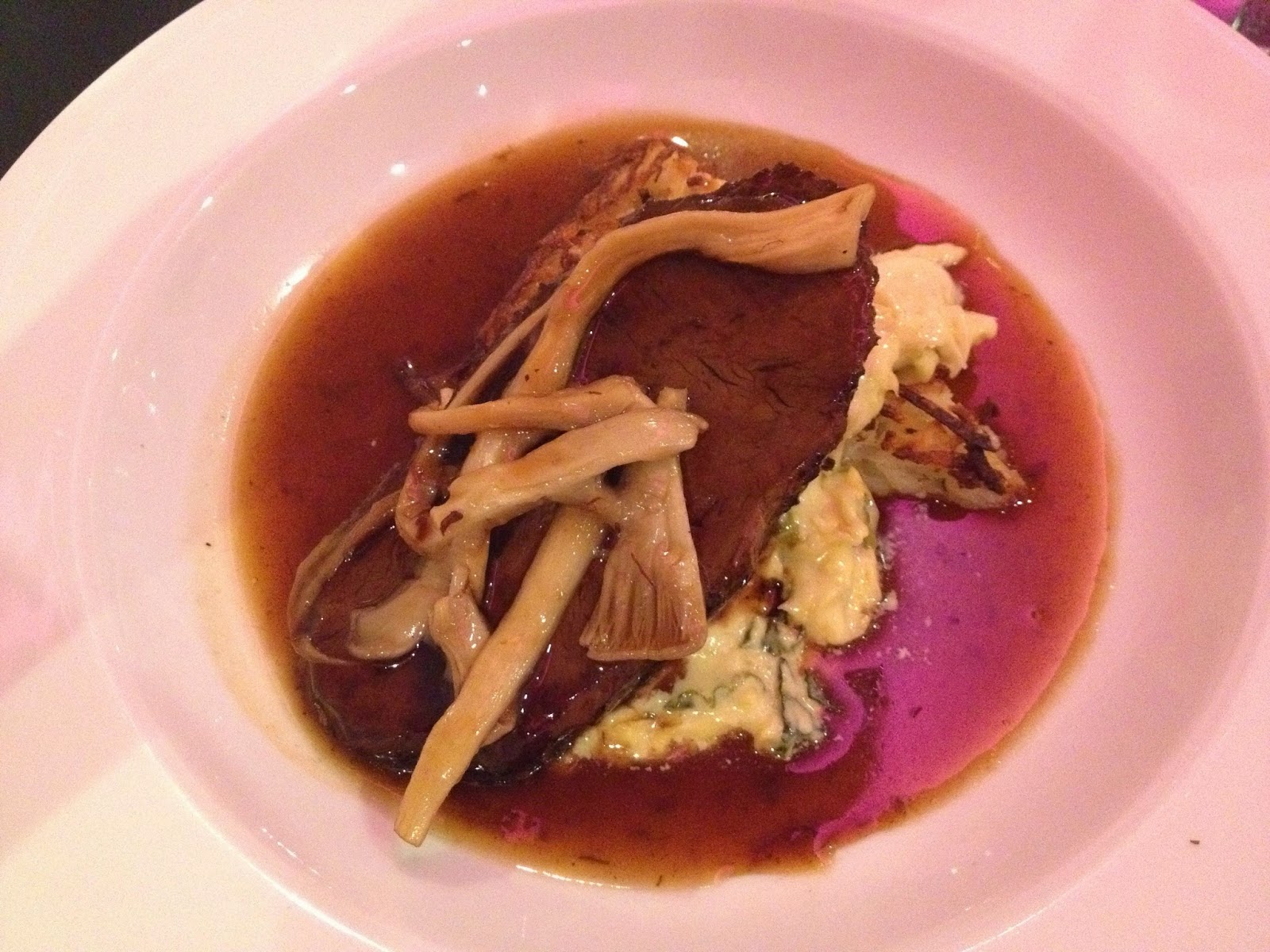 My beef was braised feather blade, with a velvet glossy sauce of great depth and consistency. Rösti were ever so slightly raw, but the creamy cabbage was well-seasoned. 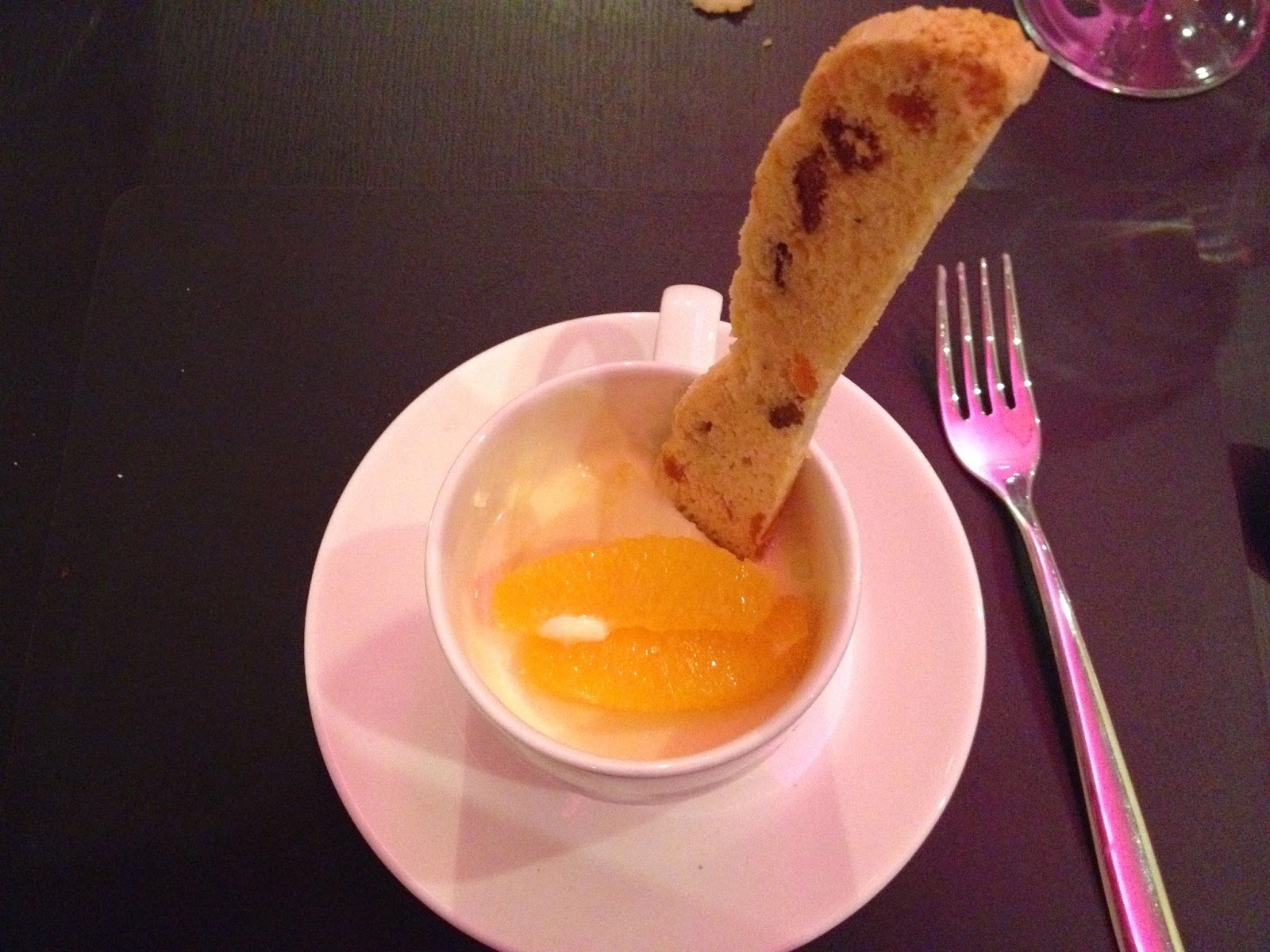 I finished with sharp, rich lemon posset with spiced oranges and crisp biscotti laced with rosemary. 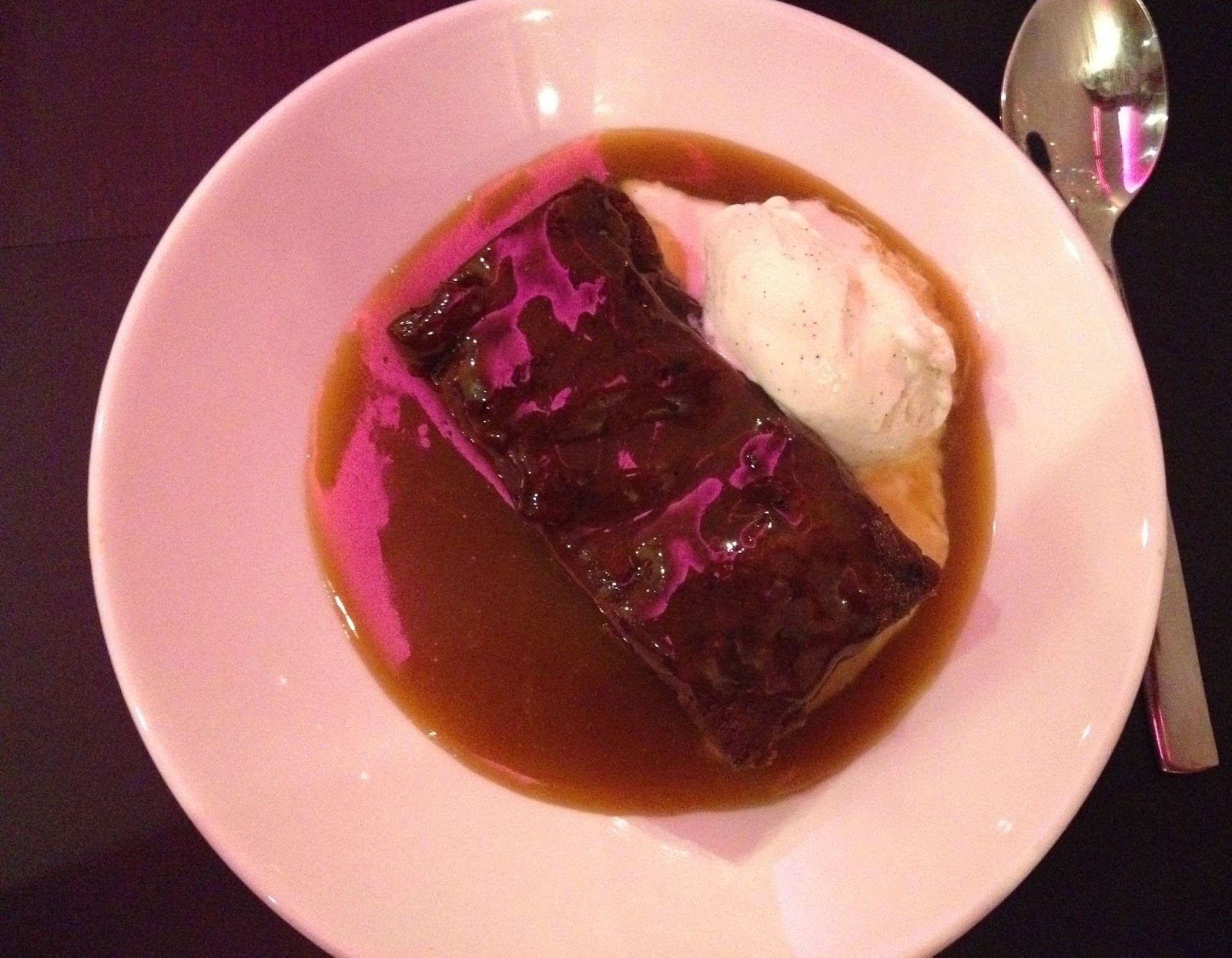