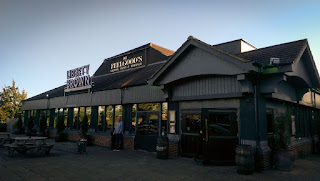 
Where to start with this one? Perhaps, at the risk of major spoilers, right at the end.

“How did you enjoy your meal?” asked our waitress.

Mrs Diner killed me with a look.  “Just pay and leave, there’s no point,” it said.

She was right. It wasn’t that there had been a couple of bum notes, this performance had been an entire symphony of discord. It was like spending an hour strapped to a chair being forced to listen to Beethoven played on recorders by 5-year-olds. Sure, it had been torture, but they were only children, and the cool air of freedom was just a step away.

Besides, if I told our waitress the truth, she might cry. So we nodded our applause, paid and left. But back to the beginning, when we were still hungry and full of hope. 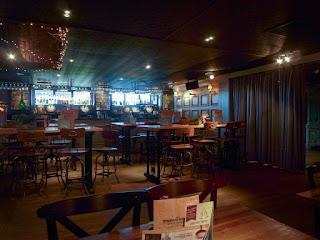 It shares its postcode with a Premier Inn and an Argos on the Hylton Riverside retail park, so, given that garishly-hued cocktails with dry ice, smoke and the like are a big part of the offer, a taxi, or an understanding friend, will be needed by most.

I prefer my cocktails without flim-flam, so I gave them a miss. I’d come to try their “spectacularly scrumptious menu starring cosmopolitan tapas”.

Dr Feelgood’s idea of cosmopolitan means a number of small plates with variously Spanish, Moorish and Asian inflections. It’s a wild and woolly list, with lots of jolly descriptive banter.

“Just what the Doctor ordered!” exclaimed a supergreen salad.

“An Asian classic!” screamed out the Tempura Tiger prawns.

“Barbequed cooking at its finger licking best!” boomed the baby back ribs.

In fact this menu promises a number of things that I do like very much: sumac, chorizo, goat’s cheese, za’atar and more. All it needed was some competent cooking and everything would be fine.

The first problem was that all seven dishes arrived at once. Even the most inept tapas restaurant sends out its plates in waves to allow both the kitchen and the diner a chance to work through the meal in some semblance of order. I was immediately suspicious – how could so much food have been cooked properly at the same time? It wasn’t. 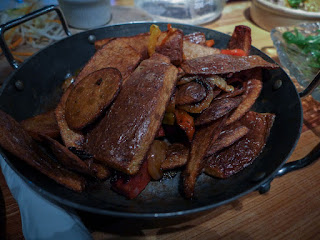 Patatas fritos performed the rare trick of being burnt on the outside whilst near enough raw in the middle. Raw potato is pretty much the opposite of fun. Mrs Diner searched through the mound of inedible spuds for the advertised ‘delicious chorizo’, and located five meagre cubes. 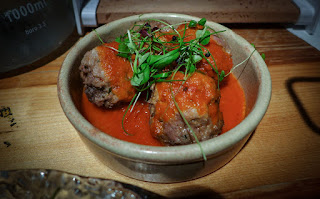 Meanwhile, our ‘albondigas’ (meatballs) were as tight and grey as an elderly Aberdonian. I had to check the menu to find out that they were made from pork. Again, the cooking was bang wrong: there was no colour at all on the surface, yet inside they glowed pink. 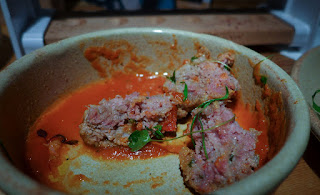 Good quality pork can be served pink; this was terrible quality pork. We didn’t dare eat it, for fear of having to summon Dr Feel-not-at-all-good in the middle of the night. 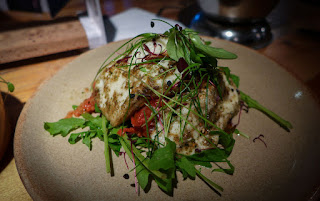 Elsewhere, there were issues with missing ingredients. Haloumi was edible, but the accompanying ‘eggplant zaalouk’ - a stew of tomato and aubergine – was completely devoid of the latter. 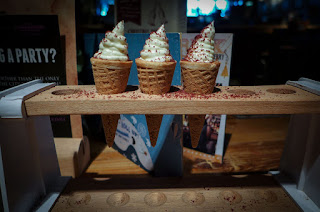 Goat’s cheese cones were actually quite nice, but topped only with sumac, rather than the advertised dukkah and red pepper flakes. They brought us three of these two-bite cornets, for a table of two. 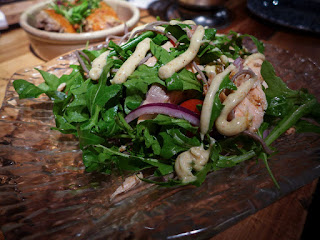 Malaysian spiced salmon hid under a blanket of rocket, as would I if I tasted of so little. Its mayo, squirted like toothpaste over the top, tasted punishingly of raw curry powder. 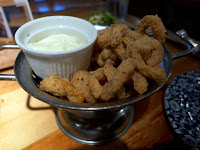 I sought refuge in the soba noodles of the same dish, which had a pronounced flavour of tea, some acceptable salt and pepper squid and basically fine popcorn prawns. 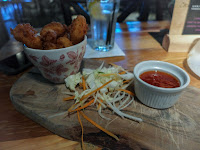 However, this last dish was supposed to be partnered with ‘Asian slaw’, which turned out to be a few fiddly strands of raw cabbage and carrot, unbound by any dressing. They sat there mocking us: Cosmopolitan? You’re in Sunderland, man. What do you expect? Sophistication? Real chefs?

Gluttons for more punishment, we ordered dessert, a sharing plate of Belgian waffles. Of course we hoped for fresh specimens, straight from the iron. But I’m pretty sure this dish involved no actual cooking at all. 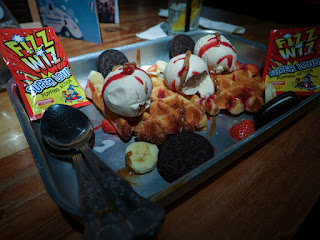 The waffles, tired and dry, tasted like they were bought in from somewhere bad. Ditto the ice cream. Raw banana and strawberry completed this tragedy, which a couple of packets of popping candy on the side couldn’t rescue. I added ‘double cream’ to my list of things this scrumptious menu promised but which its kitchen failed to deliver.

Based on this experience, I was beginning to suspect that Dr Feelgood may be a cynical quack, clinically targeting a gullible, Instagram-loving clientele. He offers steaming cocktails, a quirky interior, and ‘spectacularly scrumptious’ food, very little of which comes on anything so dreary as a plate.

None of this is necessarily A Bad Thing, until the cooking turns out to be so unrelentingly poor, at which point everything else really sticks in the craw. Just like the wine I was served, from a bottle that had clearly been sitting behind the bar for some time. It was quickly replaced by our cheery waitress, who was by some distance the best thing about our evening.

Which is why I couldn’t really disappoint her with the truth, could I? Even though she, and Sunderland, deserve so much better than this restaurant.