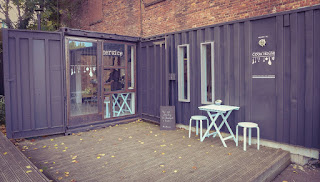 No telephone number – no bookings
www.cookhouse.org


It’s not easy to define good taste, but we all like to think we know it when we see it.

There is of course the gnarly issue of subjectivity. I’m sure Donald Trump thinks his hairstyle is the height of fashion, whilst I, and the rest of the world, would beg to differ. Time is another factor. Not so ago that it was considered just the thing to squiggle balsamic glaze over any food in sight; now, not so much. Not that many of our region’s chefs have realised it yet. 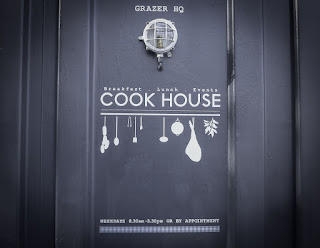 Anna Hedworth is someone with particularly good taste – at least, in my opinion. The cookbooks under a prep table are the first clue as we arrive at her Cook House for lunch. The names of Fergus Henderson, Diana Henry and Michael Pollan catch my eye, as does a copy of David Chang’s excellent Lucky Peach magazine. At least there will be plenty to read if the food sucks.

It doesn’t suck – far from it. This is a gem of a place, set in a shipping container. Part daytime café, part supperclub venue, and partly someone’s kitchen that you just happen to have found yourself in, this Cook House is an intriguing place to be fed. 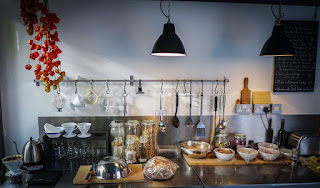 The kitchen, and the concept, is Hedworth’s, and it has captured the atmosphere of a small pop-up restaurant, with a constantly changing menu derived from a small garden at the back, and some very good local suppliers.

Anna, best known as food blogger The Grazer, organises entertaining food events here and around the region, and loves to share her passion for cooking and eating with whoever drops by for her simple breakfasts and classy lunches.

Cook House is a jolly, relaxed setting, with a wood-burning stove for cold nights and communal tables. And some very nice food.

Our lunch consisted primarily of a series of things on, in or with bread. The bread in question isn’t made on site, but supplied by Olivia’s Bakery, a social enterprise based in Darlington. It’s excellent – light but substantial, with just enough tang to be properly called sourdough. 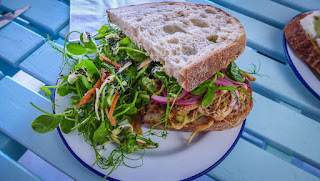 We started with a pulled pork sandwich in which the meat stood as a cutting rejoinder to all the wimpy specimens I’ve endured in the City. This had a serious flavour of roasted pig, tasting more like Italian porchetta than the brown mush that usually arrives under its name. To be picky, there wasn’t quite enough of the coriander aioli for lubrication, but the zing of pickled red onion was just the thing to cut through the rich meat. 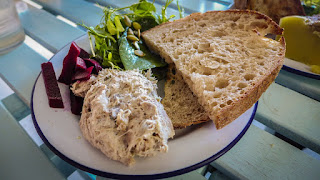 Other pickled things appeared elsewhere, to good effect. The menu said the smoked mackerel pâté came with pickled mooli, but the radish appeared to have turned itself into a beetroot. No matter: it was crunchily uncooked, bathed in a restrained and balanced vinegar. 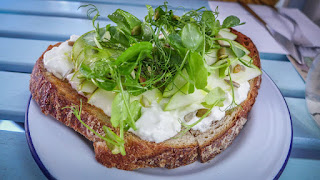 Elsewhere, feta was whipped into a light cloud, smeared over toast (again) and adorned with sliced pear, pea shoots and various toasted seeds. It all went together very nicely. 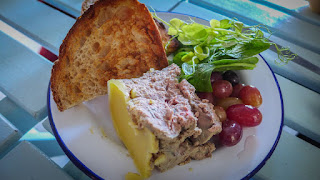 Best of all were potted chicken livers, lightly cooked to a perfect pink. A generous dose of dairy rendered them rich to the point of decadence, while pickled grapes fizzed deliciously on the side.

It all came with toast, of course. A warning: if you don’t like, or are avoiding bread, you might be a bit stuck for choice. Most of our plates came with a nicely dressed pea shoot and rocket side salad. Perhaps spinning these out into a larger salad dish, with some roast game or other meat at its heart, could provide a carb-free option. By the end of our meal, I was all toasted out.

As we debated whether to order one or two portions of the plum and almond cake, we sat and admired the way the place has been decorated. Down one wall is the kitchen, which isn’t so much open as an integral part of the space. 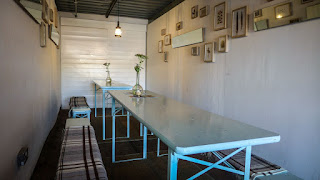 Tables, including a couple of long communal benches, are painted in calming shades of blue. The wood-burning stove will be lovely in the darker days ahead.

I haven’t had cause to spend much of my life inside shipping containers, but I doubt there are many in this country with anything like this amount of charm. Or as friendly. 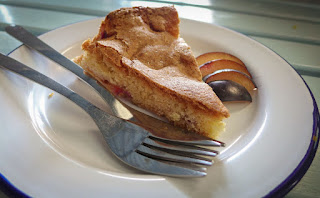 The cake (only one piece in the end) was a good one, somewhere between sponge and frangipane. A blob of ice cream or crème Chantilly would have sealed the deal. After excellent homemade lemonade (there’s no booze license, but you can bring your own) we drank delicious coffee from the Ouseburn Coffee Company. 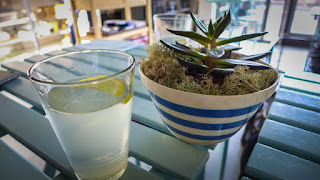 Having sampled (in the interests of research, of course) almost everything on the short menu, our bill came to just £32. Any one plate, plus a piece of cake, would have made a decent lunch.

Most of the cooking happened long before we arrived, but with only Hedworth working the day we visited, it had to be so, and none of it was any less delicious for that. I’ve rated this place at 3 stars, because that’s what my ratings criteria says I give to “cafés with class”, and it certainly has that. But this standard of food, expanded into a full menu, (and with a little less toast), could have easily earned a fourth.

I’m rather jealous of anyone who works near the Ouseburn, and can pop in here whenever the mood takes them – well, between the hours of 8.30 and 3pm. Happily, they open on Saturdays, so people from elsewhere in the City can enjoy the experience too.