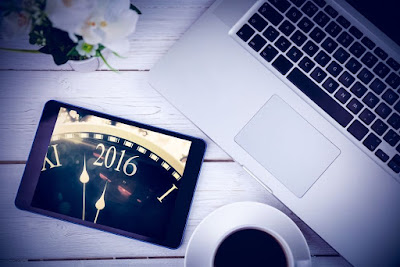 2015 was a game changer for the North East restaurant industry.

It wasn’t entirely unexpected. In my end of year review last year I reported that I had awarded far more 4 star (Highly Recommended) ratings than previously to our restaurants, and how it was only a matter of time before the national critics and guide inspectors would catch up with what was happening up here. I sensed that standards were improving across the board – it’s just that nobody outside the region was aware of it.

It took them quite a while, such is the prejudice of the South, but, finally, with House of Tides joining our other Michelin-starred places (The Raby Hunt, near Darlington, and, just into North Yorkshire, The Black Swan at Oldstead) and a host of national accolades for these and several other restaurants, the “North East is a culinary desert” jibe has been buried for good. Of course it's still far from perfect, but definitely an improvement from when I first started writing these reviews nearly five years ago.

What I find most exciting about this transformation is not so much the recognition and the gongs, as impressive and welcome as they are, but the general air of excitement that surrounds our North East food scene. You could feel it stirring a few years back, with the excitement surrounding the Boiler Shop Steamer events, and the way in which “locally sourced and freshly prepared” became such a buzzword in even the most unlikely establishments.

You could read it in the posts of amateur food bloggers, gushing about gastroburgers, pulled pork smokehouses and other new wonders, and you could sense the amazement as more eclectic offerings reached the North East, then survived and thrived in our increasingly competitive nightlife arena.

There are supper clubs, some underground, others more public, festivals and markets, and a huge uplift in the quality of casual and street dining in the city. There are clearly a lot of foodies in our region, and their expectations and knowledge grow with the quality of the establishments. It’s a good time to be writing about food up here.

I’m mostly talking about the Tyneside food scene, sadly, because, apart from the odd isolated outbreak of excellence in the Tees Valley, this culinary revival hasn’t yet spread too far beyond Newcastle. It’s only a matter of time. Some parts of Northumberland are still wastelands of missed opportunity, and I’m still finding it hard to recommend anywhere in Sunderland. Durham now has only one excellent eatery, and a tiny one at that, and you have to travel south to Yarm, and thence to Hurworth, to be sure of really good eating in County Durham.

However already the Tyne Valley is blessed with several destination gastropubs and one or two other decent restaurants, and the Coast is undergoing a successful renaissance too. We aren’t exactly spoilt for choice yet, but there are decent places to satisfy most tastes – even a couple of very good vegetarian restaurants in Newcastle at last.

There are over 100 recommended establishments on this website (*** or above - see the Ratings Guide) - maybe your New Year’s resolution should be to try them all in 2016? That’s only two restaurants a week!

All of which has made it extremely hard for me to pick the winners of this year’s Secret Diner Awards. You can read the full list of winners and runners-up here.  Most of the time I’ve had to trust my own tastebuds in making these selections, which are, like all my reviews, entirely personal, but I’m also grateful for the help of bloggers and foodies whose opinions I respect. I’ve taken serious note of the comments from my 3,500 vocal Twitter followers and all the emails I’ve received from countless others, including comments on this site. They, after all, represent the only community that really matters: the customers. Thanks to all of you for your support.