Mog On The Tyne/CatPawCino Cat Cafés 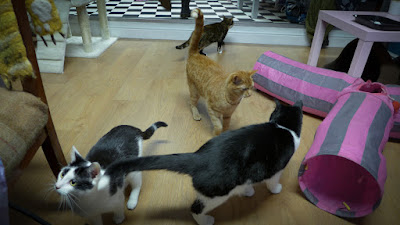 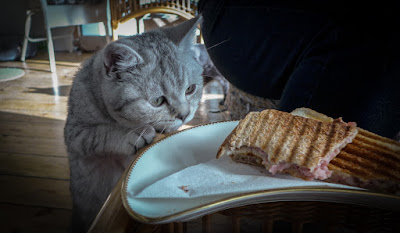 "Whatever happened to that “Dare the Diner” competition?” asked Mrs Diner one February morning.

I buried my head in my Journal, pretending not to hear.

“You remember, it was Christmas, and you asked your readers to vote for an unlikely place for you to review in 2016. There were all those terrible takeaways and burger joints. And those cat cafés.”

The look of terror must have given it away. My wife knows me too well.

I nodded sadly: “By a landslide.”

It’s alright for her: she adores the creatures. For me, I just have to look at one and my nose starts to twitch and my eyes water. I’m allergic to cats. Badly.

The problem is, the more I dislike them, the more they are attracted to me. Ignore them and they come bounding onto my lap, desperate for attention. They repeatedly butt their foreheads into my hand, or, worse, they turn their backs and do that bum-in-the-air thing right in my face, purring like a motorbike. But if I pretend to like them, pet them even, they see straight through me and they’re off like a shot. Stupid creatures. I just don’t get cats.

I actually live with one. It has shared Mrs Diner’s life for much longer than I have — she rescued it as a stray years before we met. Now ancient, the wretched creature has never forgiven me for entering their world. She looks at me with disgust every time I come into her bedroom. Her bedroom, you’ll note, not mine. Anyone who shares their life with a cat knows who’s boss.

Despite my protestations (“Wouldn’t you prefer that Chinese takeaway in Morpeth car park? We could pretend it won”), I bowed to the might of reader power and admitted defeat. You voted for the cat cafés, and, tanked up with antihistamine, to the cat cafés I went. Both of them. 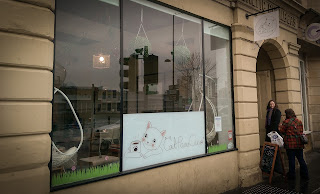 Both? How did that happen? Edinburgh and London are capitals, yet they have only one each. Newcastle has Mog on the Tyne, on Pudding Chare, and CatPawCino on the Quayside, and I visited them both one grey, very grey, afternoon.

That, dear reader, is a sentence I never thought I’d find myself tapping out. I hope you’re happy now. 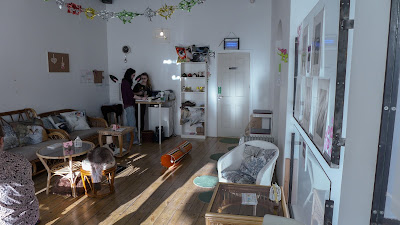 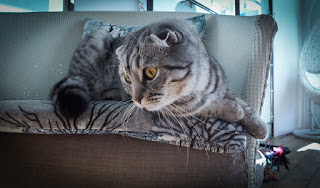 These competing establishments are actually two very different visions of what a cat café can be. CatPawCino is set in a lovely airy room that looks right onto the Quayside. It used to be Lazarides Gallery. Where once you could hanker after trendy art, the attractions now are Ebby, Betty, Alfie et al, who are probably just about as valuable as the art, for these are the rare breeds that belong to owner Sarah Zong. 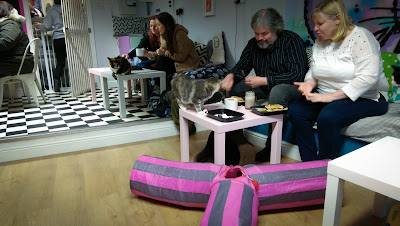 Mog on the Tyne (to be abbreviated to MOTT henceforth - I can’t be typing that out constantly) has a more humble home, just off the Bigg Market. This was the first onto the cat scene and has an ethical edge as the attractions here have all been sourced from Westgate Ark, which rehomes strays and waifs. The former alleycats are a rag-tag bunch of rowdies who think nothing of jumping up on your table to try and lick the butter off your scone. 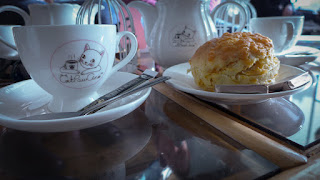 Talking of scones, as this is a restaurant review, I should say a few things about the comestibles at these moghouses. I sampled both and, judged on food alone, MOTT is a clear winner. Their cakes are supplied by the Pet Lamb Patisserie girls, so are full-throttle decadent. 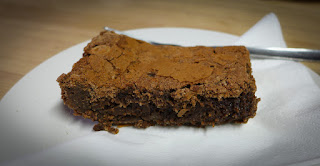 Scones were also good, and both coffees and hot chocolates pretty well made. The paninis being delivered to other tables also looked decent. 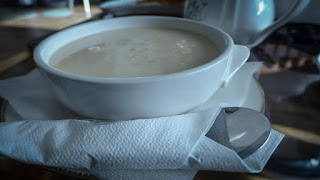 At CatPawCino, I had a very nice cup of Oolong tea, but everything else was either poor or terrible. Toasties were sub-Breville and a bowl of chicken soup I had hoped might be an asian noodle affair turned out to be a British can-job.

For those of you asking the inevitable questions about hygiene, in both cases the food was prepared well away from the talent and the venues smelled fresh, although if the idea of a cat jumping up onto your table freaks you out you should probably go to a cat-free joint. 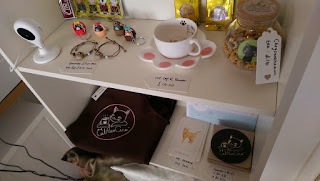 When it comes to merch, both venues performed strongly. CatPawCino has its own range of bespoke teacups, coasters and cushion covers, while MOTT are flogging cutie-kitty calendars, moggy mugs and a football-style top featuring their star cat, Stan. 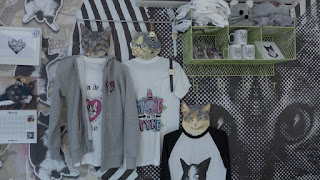 Which brings us to the crux of this review: the cats themselves. Sensing my discomfort and nervousness, they all homed straight in on me like fur-covered homing missiles. The cats went wild for me, but I made it out of there alive with just enough composure during the ordeal to note the following rudimentary observations. 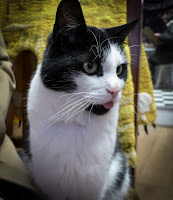 The aforementioned Stan, of MOTT, is an excellent cat. I think he’s had some sort of accident which means his tongue hangs out a bit. This is a slightly sad, but also very funny. Either that, or he was laughing at me. 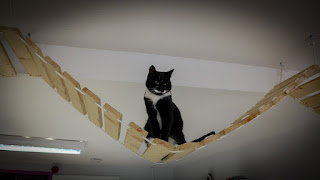 Other cats that were entertaining at MOTT included Sir Francis, who was particularly adept at scaling the apparatus hanging from the roof and walls.

The star turn at CatPawCino was, for my money, Flora. A British shorthair, Flora ran around like a kitten and had a baby face that could melt even the coldest heart. It almost melted mine. Almost. 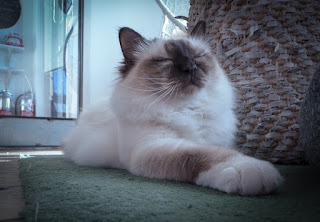 At the other end of the scale, I don’t think any creature of this earth has ever given me quite such a withering look as Chocolate, a snooty Point Birman. I felt like a vulgar serf being reprimanded by a member of the aristocracy.

Both venues charge something like a fiver to get in, which includes a drink. Booking, in both cases, is advisable.

So there you have it. You sent me to the cats, but I lived to tell the tail. Which of these fine establishments did I prefer? Mog on the Tyne. By a whisker.