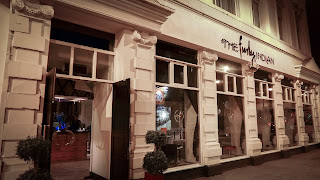 
It’s fair to say that Sunderland and I aren’t what you would call best mates.

It was never personal, I can assure you. My previous criticism of the city has been based on pure, professional amazement that a population of some 175,000 is so poorly served when it comes to eating out.

After the latest disappointment, a two star let-down at the still shiny Karbon Grill, I asked the Twittersphere why Sunderland had no good eateries. The place went mad – it seems the place doesn’t just have a chip on its shoulder, it has a whole bag of them, slathered in cheese and served with a bottle of blue pop.

“Man’s a TIT!!” shouted Richard Gray on Facebook, garnering two likes for his troubles, while Bryan Hopper likened me to a more masculine part of the anatomy. Six likes for that.

Anna Crosbie was more philosophical: “People just can’t help but be negative towards others. It’s like a poison”.

It’s a cruel world Anna, as I was finding out. Being persona non grata in the city, I returned under cover of darkness, and decided to visit one place that a couple of my more constructive critics had said would change my view. It’s called The Funky Indian.

So, Sunderland: please consider the following words a sort of peace offering, an act of detente. The Funky Indian has become my second recommended restaurant in your city.
I like the idea of Indian tapas. As Britain broadens its tastebuds from pure Anglo-Bangla to some proper regional Indian cooking, it’s almost absurd to wrap up the ridiculously wide range of flavours and styles available in that huge sub-continent with a single word “Indian”. Any chance to sample a range of dishes from across the country is fine by me. I took the tapas tour. 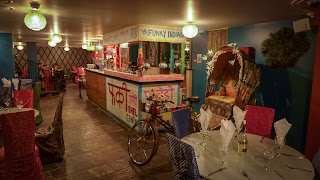 The restaurant at The Funky Indian is down a spiral staircase from the Prosecco bar above, and a lively and colourful space it is too. Chairs are covered with richly-coloured printed fabrics, an actual rickshaw sits to one end of the bar and the walls are replete with Bollywood posters. 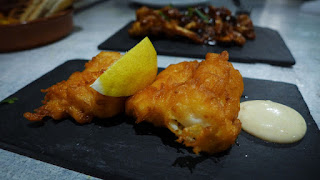 Amritsari machhi was two flakey chunks of cod in a pleasantly spiced crisp batter served with aioli. I’ve never been offered cod in Amritsar, which is about as far from the sea as it’s possible to get in India – there I’ve had this dish with kingfish, which travels better. But I have had lots of battered cod in Sunderland, and this was a rather good version. 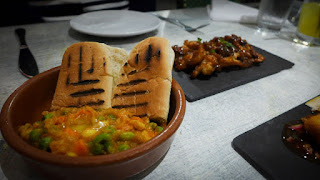 Mumbai’s Juhu Beach is definitely on the sea, but this funky version of its classic street dish pav bhaji contained spiced peas, carrots and sweetcorn, a combination that gave it the taste, and perfect shape, of the frozen stuff that used to be spooned out onto school lunch plates. That is not a compliment, but I’ll take my nostalgia where I can get it. It was served, properly, with a grilled bap (called pav, pronounced POW - but the whole dish could have done with more ZAP).

Best of the starters was a slightly smutty but very tasty dish of Manchurian bhai. This Indo-Chinese classic with cauliflower makes fine use of stickily reduced soy sauce. 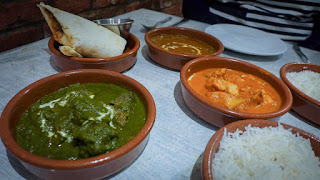 The next round of dishes included some very solid performers. Butter chicken (invented in the Moti Mahal restaurant in Old Delhi) was rich and soothing as it ought to be, with the slight tang of tomatoes and charred but tender meat to boot. Dhabewala lamb was cooked in a murky but moreish spinach gravy while a dal packed with cream and butter tasted about as decadent as something can when it has black lentils at its heart.

Beef burritos were a bit odd, but that was pretty much why we ordered them, so fair enough. Their beef was at least slow-cooked down to a spoonable consistency. A garlic naan was a perfectly enjoyable and nicely leopard-spotted scoop for what remained of the various sauces.

Two things prevented the Funky Indian from becoming the first Mackem gaff to earn four stars from me. The first was the solitary pudding they had available, which was a complete dud of a cheesecake. 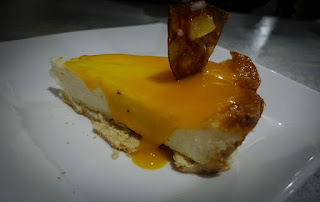 I’m not saying they bought it in, but it tasted like they had. The thing had a base so limp and flaccid I felt embarrassed for it.

The second is the fact that the spicing and flavours felt a bit one-note through all the savoury dishes. More acidity here, a flash more chilli there, perhaps. There just wasn’t quite enough depth or variety in the dishes we tried to seal the deal. But we’d certainly return to try the biryani, malai kofta and their aloo papadi chaat.

Service was charming from both the waitress and barman that we spoke to, and I enjoyed a very passable glass of house Merlot for a bargain £4.50. 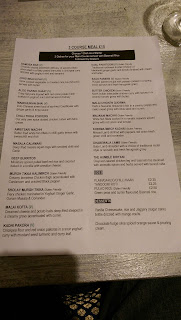 Talking of bargains, The Funky Indian was, at the time of our visit at least, offering three courses (1 tapas dish each, followed by a further two plus rice, then pudding) for £15.

As if I hadn’t already given you enough reasons to try it out, it seems this is also a restaurant with a conscience. Profits from the business go towards providing training for young people with special needs to get into the hospitality sector. More power to them.

It has been an awful long time coming, and I’ve eaten some proper dross in the meantime (I’m looking directly at you Dr Feelgood’s, or at least I would be if you hadn’t closed), but it’s great to have another Sunderland restaurant to rate in the “Best Restaurants in the North East” section of my website, along with Jimmy Shadforth’s D’Acqua, which also gained three stars 18 months ago.

However, two places do not a restaurant scene make. I’ve been told Asiana and Arabesque are worth a look, so they’re now on the list. But while we’re all getting along so brilliantly, let me ask Sunderland directly: where else can you recommend?