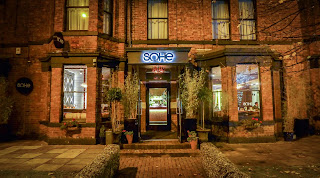 “@secretdiner1 - have you tried Sohe in Jesmond?” you asked. “I went for lunch today and thought it was excellent”.

Forgive me, dear Reader, but I’m puzzled. You see, I don’t recall ever having insulted your mother, enjoyed an illicit liaison with your sister or run over the sweet little white dog you have as your Twitter profile picture.

So what I have done to upset you so much that you would suggest I should spend nearly three hours of my life eating some of the most upsettingly bad food I’ve come across in all my years as the Secret Diner? I can only assume that you genuinely liked this place. In which case, I am truly amazed.


I can sort of understand if you liked the fit-out – it’s certainly had a lot of moolah lobbed at it. It’s all parquet-style flooring, dark wood and forgivingly plush seating. 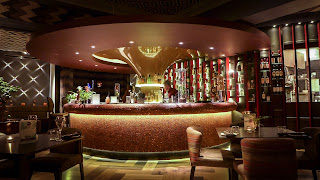 The elliptical bar is dwarfed by a massive vortexy thing, which protrudes out from its centre for no apparent reason, but is nonetheless impressive. The muzak is bland, house-flavoured and, of an evening, it’s very dark in there, of which more later.

The effect they’re going for is something a bit like Aveika on the Quayside: modern, cool and sort of clubby. I can understand people liking that place, and it had quite decent food.

My problems with Sohe started long before the food arrived. A set-price evening menu on the table had more interesting dishes on it than the à la carte, so we ordered from that. Our waiter nodded and happily took our entire order, before returning a minute later to apologise: we’d ordered from the festive menu and it was “not on yet”. So what was it doing on the table?

We recalibrated our hunger and aimed it at the à la carte. After we’d sent in our order, a waitress returned again to advise that they didn’t have the lamb shank I had ordered, but they did have its sauce, and maybe I’d like it with prawns instead? I took a deep breath, to absorb the wondrous interchangeability of this place’s protein/sauce combinations, before choosing something else. Meanwhile, we had to ask three times before we could score a jug of tap water.

In fact, some of what we ate that night wasn’t totally awful, but goodness, there wasn’t much of that. 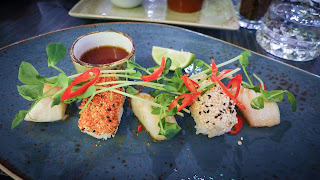 I ordered a starter of black cod, wondering if they might try to emulate the Nobu classic. The fish itself was nice, all dewy freshness, but it had none of the umami of the advertised miso. Three thumb-sized lumps for £13.50 is a bit steep, even for an expensive beast like this. To accompany this, two lumps of claggy unseasoned rice arrived topped with some chilli flakes and sesame seeds; they had the temerity to call this “onigiri”. 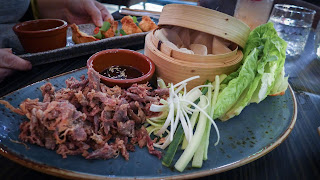 Mrs Diner’s duck pancakes were probably the highlight of the evening, by which I mean they were up to the standard of your local takeaway. Eleven pancakes arrived, and enough duck for five of them. I have no idea what we were supposed to do with the other six. 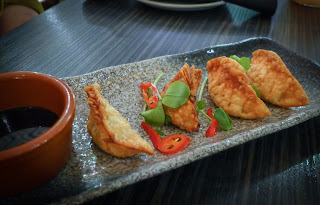 Vegetable gyoza, an extra starter, were undercooked and undercrisped. Their dipping sauce of “wasabi and yuzu” tasted of neither. In fact it tasted – bizarrely and almost impressively – of nothing at all. 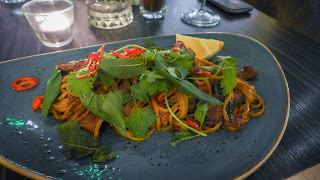 If we thought this was bad, our mains were way, way worse. My own was so depressing that my usual loquaciousness deserted me.

A “Phnom Penh stirfry” of beef in oyster sauce turned out to be a disgustingly sweet but somehow under-seasoned concoction of stewed-tasting meat in a bizarre tomatoey lotion. The noodles, sub-Sharwoods in quality, were overcooked. 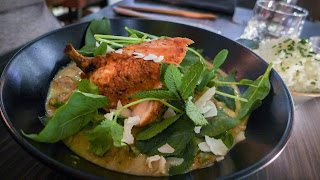 Mrs Diner had both similar and opposite problems; the rice that accompanied her main was actually still crunchy, while the chicken breast on top of a bowl of a dull green curry was on the point of desiccation. 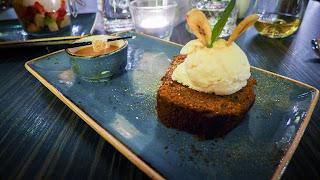 We gritted our teeth and ordered dessert out of sheer professionalism. My ginger sponge was dense and unforgiving, crowned by ice-cream full of crunchy ice crystals and a “salted caramel sauce” that tasted like butterscotch Angel Delight. Even Junior Diner doesn’t like Angel Delight – I loathe it. 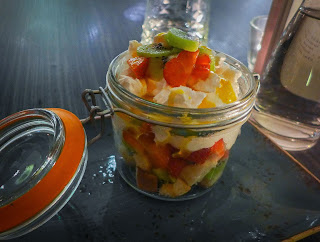 Mrs Diner’s sort-of trifle was sort-of alright, although its “brioche” lumps were devoid of any butteriness. 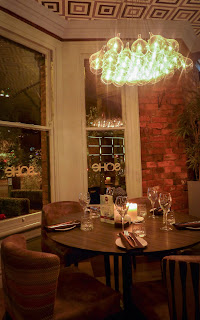 Service was friendly in parts, although riotously inept. They didn’t have the whisky I ordered, so they just brought another one without mentioning it, a fact I didn’t discover until the bill arrived. The mâitre d’ asked who had taken my order, and blamed the mistake on the fact he had just started and was still training. Blaming mistakes on the new guy that you are responsible for training is unacceptable. As is operating a room so dark you can’t actually see what you’re eating.

This, in my view, is a very poor restaurant masquerading as a swishy cool one. They extracted just under £90 from us, with only a couple of glasses of wine, and, for one of the very few times I can remember, no tip.

Right now there are lots of good places which are really struggling in our region. All the while, the customers here are withholding their custom from places that really deserve it, making Newcastle’s food scene simply less good. I left feeling slightly soiled and a bit cheapened.

Mind you, that’s just my opinion. Other opinions are available. Like yours, dear Reader. You “thought it was excellent.” I’m honestly glad you enjoyed it. However, I simply can’t understand how, or why.

Yours, sincerely and utterly bemused,
SD