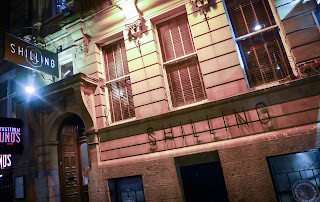 
As my friend and I staggered out of Shilling, which occupies what used to be Rumpoli’s, right underneath the world’s best bridge, we reflected upon the fact that if it had opened just a couple of short years ago I might have raved about it. Don’t get me wrong, it’s a decent restaurant serving some very nice things cooked with no little skill and even a whiff of flair and humour. It’s just that where once this would have stuck out like the shy one at an orgy, the whole strip along the Quayside is now a veritable shrine to Bacchus and Ceres.

Right now, from the fine dining at House of Tides to the informal Barrio Comida, from the gastropubs of the Broad Chare and The Bridge Tavern to the subcontinental style of Ury, via the high-class cafés Violets and Quay Ingredient, not to mention reliable stalwarts such as 21 and Caffe Vivo, Newcastle’s Quayside is a remarkably rich and delicious stretch of real estate. And yet: still they come!

“Nose to tail dining and drinking” is what distinguishes Shilling from the rest, or so they claim. I got quite excited when I saw this on their website and dared to wonder whether what we might finally be getting a northern version of St John, my favourite London institution at which all the odd and wobbly bits of the animal are put front and centre.

Alas, not a bit of it. Despite head chef Matty Stephenson being a trained butcher, there were no sweetbreads, no bone marrow, livers or kidneys to be seen on the menu. No whole suckling pig, lamb tongues, trotters or ox tongue pies. Instead there were a few fun-sounding bar snacks which we set upon in place of starters. 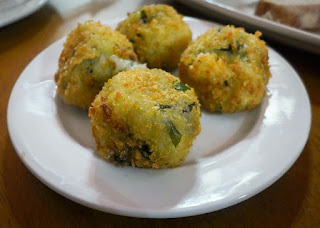 Oxtail and potato bon bons did at least make good use of a sometime disregarded bit of meat. They were steaming crisp-crumbed orbs, given a lift by the inclusion of tarragon. 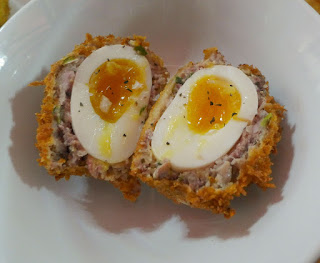 Just as enjoyable was a rustically untidy scotch egg that benefitted from neatly seasoned and loose-textured pork mince. 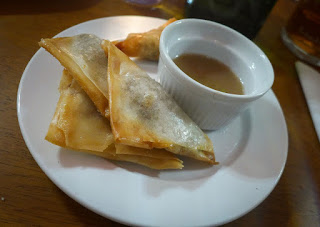 Slightly less successful were spiced pork samosas, which were not improved by an apple ketchup that tasted dangerously like the innards of a Mr Kipling... 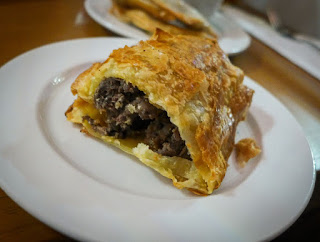 and a venison sausage roll that really could have done with the advertised brown sauce, which did not appear. 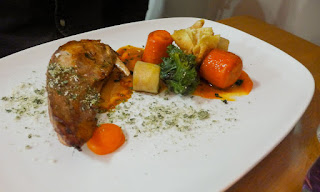 Both our main courses featured accurately prepared hunks of meat, although they were premium, rather than recherché cuts. My friend’s pheasant breast was skillfully cooked to moist perfection and thus full of the heady, untamed flavour that makes the killing season worth waiting for. I can’t believe it’ll be October before I’m allowed to order pheasant again. 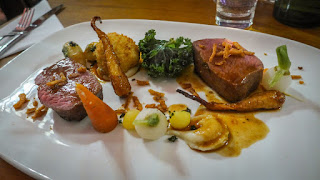 My sirloin of beef was cut in an unusual way, which made for two very neat hunks of rosy-hued goodness. There was a fine depth of flavour to the beast, although it was put rather in the shade by the accompanying vegetables, including some completely - and here’s a phrase you don’t hear every day - sensational parsnips, and some baby turnips whose gentle bitterness breathed life and interest into the dish.

The two gents behind this venture, Tim Ward and Neil Donachie, met as barmen at the much-missed Popolo’s cocktail bar, and later Neil worked at the Savoy in London, whilst Tim worked at Alvino’s. So, as you’d expect, cocktails are very much their thing. I didn’t want to snore my way through the post-dinner screening of the new Trainspotting film, so I stuck to a bottle of the excellent Morpeth-based Anarchy Brewery’s Blonde Star. 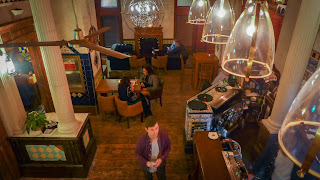 Service was friendly and efficient both in the downstairs bar and the restaurant, which you reach by ascending a spiral staircase. The interior is a rather glorious mish-mash of styles, with columns, wood floors and vibrantly coloured tiles. We just had time to sample the puddings before heading up the hill to the cinema, which was to the good as they turned out to be the highlight of the evening. 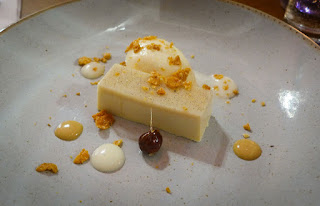 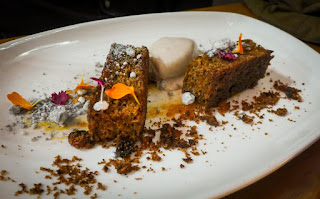 A perfectly light carrot cake accompanied by a rubble of liquorice meringue was almost as good. Almost.

Our bill came to just under a hundred quid, although there is now an earlybird menu of three courses for £20. Shilling is another worthwhile addition to the scene, but I can’t help think they’ve missed out on differentiating themselves from the herd by not delivering on that “nose to tail” promise.

I was primed for a carnivorous feast, but came away more excited about their vegetables and desserts. They aren’t offering any bits of animal that I wouldn’t expect to see at any number of mid-range restaurants around town. If that were to change, I’d happily return to see what a clearly capable team can make of guts and gore, rather than fillet and breast.