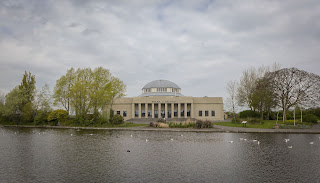 
There can’t be many City centre pubs that boast such an agreeable location – alongside the lake in Newcastle’s Exhibition Park – or such a splendid building, a grand lump of Art-deco brick and glass called the Palace of Arts. 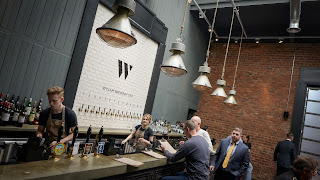 Of course, to call this place a pub is rather underplaying things; since Wylam Brewery moved here from its previous home at Heddon-on-the-Wall last year, this ‘palace’ has functioned as both brewery and rather grand events space. On the western side of the building is the brewery’s tap room – thus, it’s a pub too. This is where they serve, from Thursday to Saturday, a menu of small, interesting plates. 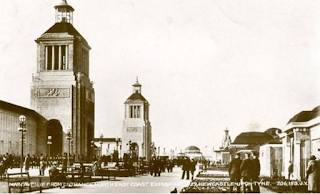 As we wandered into the park at the Claremont Road entrance, past the heel-whipping kids on their scooters in the skate-park, and then emerged from the underpass of the A167, it was fun to wonder how different this place would have looked back in 1929 when 30,000 people flocked every day to the North East Coast Exhibition.

Our lunch venue, the last standing edifice from that event, offers some clues. Huge credit is due to Wylam Brewery for transforming what was until recently a dilapidated and unloved remnant into a beautifully furnished and finished space. I also love that Newcastle still has a brewery in an iconic building – don’t get me started on the travails of “Newcastle” Brown Ale. 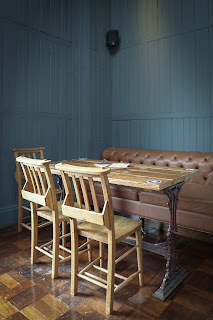 This tap room has parquet flooring, massive industrial-style doors, exposed brick and a polished concrete bar top. We piled onto a brown leather banquette before I sidled up to the bar and ordered pretty much everything on the menu. 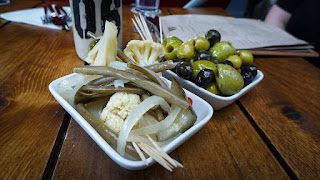 Served up from behind the bar, both marinated olives and pickled vegetables were excellent, particularly the latter. Cauliflower florets, green beans and wodges of cucumber had been bathed in a pleasantly coriander-spiked acidic bath that rendered them crunchily delicious. Hipsters often struggle to get a good press, but if their custom in some way encourages bar snacks of this quality then more power to their collective, heavily-tattooed elbow. The place was heaving with them. 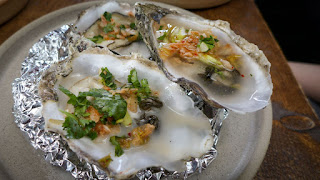 The briny freshness of a trio of oysters – Lindisfarne, I think – benefitted from the spiced vegetal funk of an accompanying tangle of kimchi, an enjoyable and imaginative change from mignonette or tabasco.

So far so impressive. However, a couple of simple but key issues prevented the rest of our meal from being all that it might. I think we can all agree that some dishes are best served cold, like ice cream, or revenge. However, most savoury dishes do benefit from the application of a little heat. Without it, a meal has the feeling, or ours did anyway, of a lunch of leftovers. And – here’s the other issue – underseasoned leftovers at that. 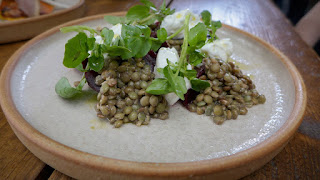 Nothing was actually unpleasant, but a lot of it would have been so much better with the addition of heat and salt. There was some excellent soft goats cheese, whose milky coolness would have contrasted nicely against hot roasted beets, rather than the room temperature ones we received. The puy lentils on the same dish were blandly underseasoned. 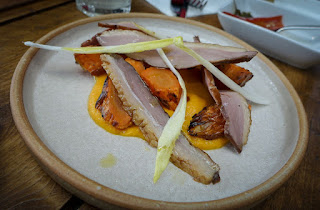 There was some beautifully subtle smoked duck, niftily paired with pale green wisps of bitter endive. The whole event would have been lifted further by the contrast in temperature provided by some hot, char-roasted carrots, rather than the cold specimens that arrived. 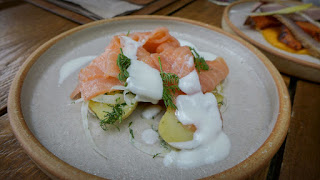 You get the picture: smoked salmon, served Scandi-style with dill, buttermilk and new potatoes, was nice, but this would have been far nicer if the spuds had been steaming. And salted.

Perhaps you’re not meant to eat here as we did, pulling a full meal together from the majority of the menu. Maybe you’re only supposed to order the odd dish here and there, to keep you going through your next two-thirds of zeitgeist-bräu, in which case the lack of temperature across the entire menu wouldn’t be so apparent. No such excuse for the lack of salt, mind. 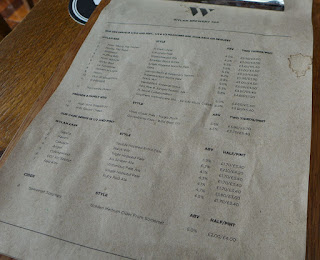 It all seemed rather a pity, because the concept of this place is excellent. It goes without saying that the choice of beer is fabulous. I’ve long admired Wylam, along with other local favourites Anarchy, Almasty and Allendale for producing brews that are both full of flavour but also quaffable. Of Wylam’s range, Jakehead, Hickey the Rake and Yeastie Boys WxY2 IPA are personal keg favourites, while there’s always Gold Tankard on cask for those times when you don’t want a hop-bomb going off in your face.

I was driving, so asked for a non- or very low-alcohol beer (Brewdog does a cracker). They didn’t have anything. Given that a lot of people will be driving here, perhaps this is an idea for Wylam’s next brew?

Our meal came in at just over fifty quid and concluded with a so-so chocolate and salt caramel thing, topped with popcorn. 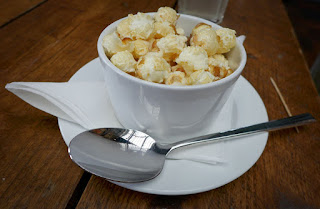 “Tastes pretty much exactly like one of those Rolo puddings,” noted Mrs Diner, with more than a hint of disdain. 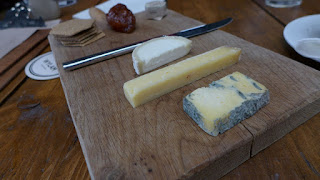 A board of cheeses was served – guess what? – far too cold. Pretty much everything about Wylam Brewery’s Palace of Arts is completely brilliant, except the one thing that I was there to review. How annoying. I’ve heard that their Sunday roasts are good. I assume they serve these hot and properly seasoned. 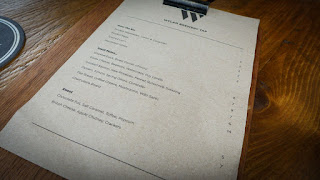 Despite my criticism, you’ll see from my rating that I’ve given Wylam Brewery the benefit of the doubt. I’m impressed that they're serving things like oysters and kimchi, or smoked duck and endive, in what is essentially a boozer. And, of course, the beer is definitely worth an extra star.