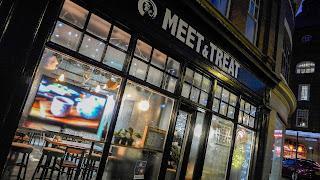 
Not so long ago there was a time when eating Asian food in Newcastle meant a trip to Stowell Street for baskets of prawn crackers, candle-powered dish-warmers (don’t touch, kids!) and bright orange or muddy brown sauces.

Part of me misses the bland, sugary gloop of this strange, anglicised version of Cantonese cooking, as it’s the taste of innumerable childhood family celebrations, and who could forget the shock arrival of a platter of sizzling beef or the first taste of deep-fried ice cream.

But of course the foodie in me is thrilled by the recent explosion of Asian restaurants in the city that try, with some success, to bring us the flavours of Chiang Mai, Georgetown or Chengdu. Inoodle, La Yuan, Thai House Café, Osaka and the recently re-located Chilli Padi are all well worth a look. And now there’s another, with the sweetly named Meet & Treat.
The menu is, frankly, something of a puzzle, which is fitting as so is the inspiration for this restaurant. The website describes a “Taiwanese Gua Bao and Noodle House”, but also claims inspiration from the “quirky coffee and tea houses of Penang”, which, at least when I last visited, was in Malaysia.

The menu travels even further, for, alongside the noodle soups and steamed buns that you might reasonably expect, there are also eggs Benedict and Mexican chicken wraps, which you certainly don’t. Over two enjoyable visits, we focused on the former, rather than the latter. 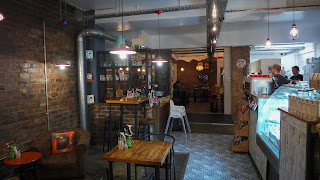 By afternoon or evening, this super-cute café is a lovely spot in which to fritter away an hour or two. The décor is, like so many new places here, all exposed brick, ducts, filament bulbs and mismatched furniture. But there are also interesting trinkets, board games, outbreaks of plant life and a really prettily tiled floor. But enough of the surroundings; on to the food. 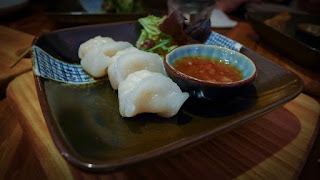 Prawn har gow were as they should be, which is to say pillowy little dumplings of light stodginess busting with sweet chopped shrimp. 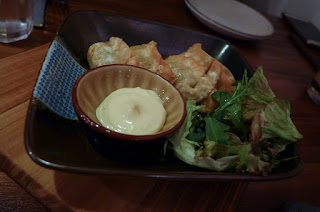 Vegetable gyoza were also very decent, fried to a crisp light tan and packed with finely shredded vegetables. I got a bit excited when it looked like the mayo accompanying the latter was the sesame-flavoured Japanese Kewpie stuff (seriously: track it down, you need it in your life), but no such joy. 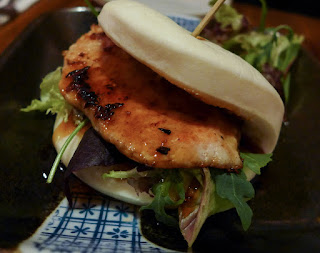 I sought consolation in a gua bao (Taiwanese steamed bun) of lemongrass pork, which was sub-optimal. On a recent trip to London, I revisited Bao, a small chain of authentic bun shops, and was reminded how these floaty light parcels should taste, filled with imaginative condiments and seasonings. Meet & Treat’s bun was gummy and filled with a slice of dull pork and some mixed bagged salad. I baoed out after one bite. 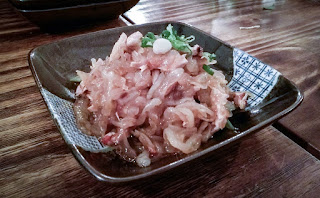 Much better was a cold jellyfish dish, in which an addictively tangy chilli sauce brought the oddly textured main event to life. If you’ve never tried jellyfish, do so here; slippery, chewy and crunchy all at the same time, it’s like the tripe of the briney depths. Am I selling it to you? No? Ah well, your loss.

Starters hover around the £4 mark, which sounds cheap until you realise some of them only consist of about three bites. No such issues with the main courses, many of which are hulkingly generous for the £8-ish they will set you back. 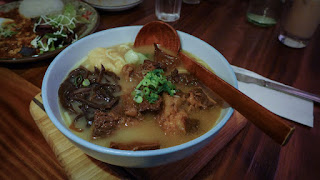 The noodle soups are really very good, featuring lively, well-flavoured broths. Best, to my mind, was a spicy beef soup in which great clods of long-cooked cow, thin slices of Chinese mushrooms and pert noodles bobbed in a broth that was rich and milkily opaque. 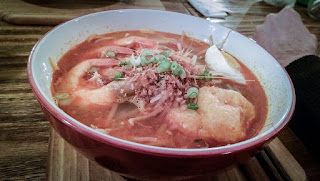 A shell-on Malaysian prawn noodle soup was also very fine, and well worth the two little chillies that sat next to its menu entry. 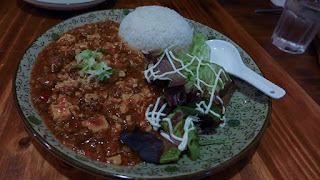 Rice dishes arrived in the tried and true “neat dome of steamed white rice, plus thing” format. One such thing was a pleasing Sichuan minced pork and tofu affair. A bit more chilli and Sichuan pepper, and this would have been a properly tingly winner. 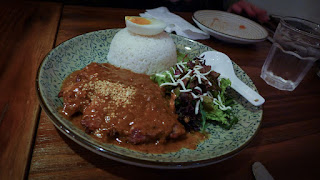 A satay chicken dish was pleasantly peanutty, although the flavour of the rice was nowhere near rich or fragrant enough to qualify as nasi lemak - the national breakfast of Malaysia.

Desserts in Asian restaurants usually range from disappointing to non-existent. Not at Meet & Treat. Here that eclectic menu really comes into its own – they do waffles, proper home-made waffles. 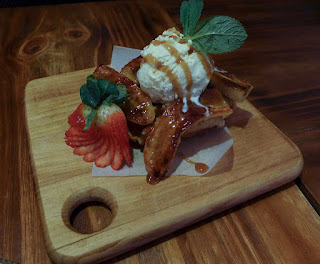 The banana and salted caramel version was particularly fine, all crisp batter, caramelised fruit and cool ice cream. One between two should be plenty to see you on your way. For the non-wafflers, there’s an attractive range of cakes. 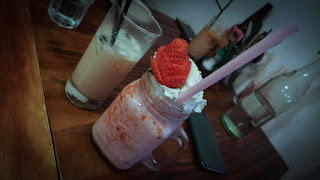 There’s no license, so you need to bring your own. However there is a varied list of teas, coffees and smoothies and the peanut butter, chocolate and banana milkshake is every bit as good as it sounds. They did a fine job of concocting an off-menu Malaysian-style iced coffee with evaporated milk, and it was good to see that they stock BOH tea, from Malaysia’s beautiful Cameron Highlands region.

All told, this is a cracking little café, catering ably for Newcastle’s sizeable Asian student population in an Instagrammably cute setting. If you just can’t shake that hankering for gloop and prawn crackers, Stowell Street is just over the street, still doing its thing. For anyone else, this is a solid choice to do exactly what it says on the sign outside: Meet & Treat.