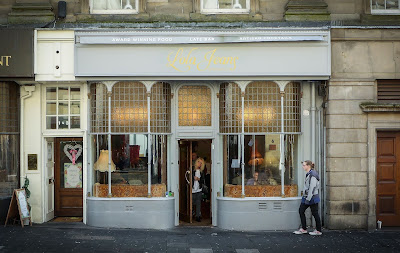 
I actually like to be proved wrong from time to time. After all, that’s how science progresses, right? A hypothesis can only be confirmed by repeated experimentation.

When it comes to the complex scientific discipline of how to identify the best burger in Newcastle, I have previously thrown my lot in with the fabulous cheeseburgers produced by The Grind @ No 28 (now renamed Meat:Stack and soon to have its own permanent base in Newcastle’s Grainger Market). But was I correct? That’s why I had to try Lola Jeans.
This company has won the region’s annual “Battle of the Burger” three years on the trot. The hard-fought contest sees the North East’s best bun-slingers each put up a £3 mini-burger in the hope of being crowned winner and raising their profile. Because Lola Jeans had beaten all the opposition, including The Grind, I decided it was high time to sample the champion’s wares, so I dragged Mrs Diner down to Market Street to see what the kerfuffle was all about.

You’d think that taking home the top prize three years on the spin would guarantee a decent meal, but you’d be wrong. Not just a bit wrong, we’re talking flat-earth wrong. Sandals and socks wrong. Your dad drunkenly chatting up the in-laws at your own wedding wrong. There are two possibilities I can think of: either everyone who voted for Lola Jeans was fed some military-grade hallucinogen with their burger, or this crew were trying a lot harder at the competition than they did when we visited their restaurant. I’m guessing the latter. 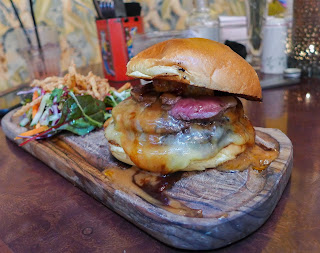 I ordered the 2017 Battle Of The Burger Winner “James P Sullivan”, named for the animated blueish protagonist in the Pixar film “Monsters, Inc.”. The menu promised a double patty cooked pink (it wasn’t), cheddar, a slice of rump steak, two sauces, a red onion jam and (yes, really) a pickled onion Monster Munch. Despite this kitchen sinkful of ingredients, the dominant flavour was, bizarrely, its brioche bun. 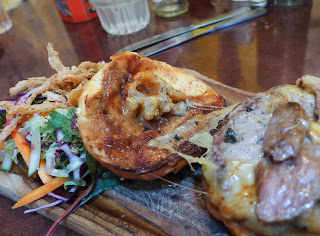 I don’t know where they’re getting their beef from, or what they’re doing to it (the menu describes it as a “custom blend of beef cuts”), but for it to taste of almost nada is an achievement. The sauces were by turns sweet and creamy, but both were dull. And, if you think that putting a Monster Munch in a burger sounds like the worst idea since subprime mortgages, you’re bang right. I’m guessing they did this to get dedicated burger fiends curious, but personally I found it soggily pointless and more than a little disgusting. 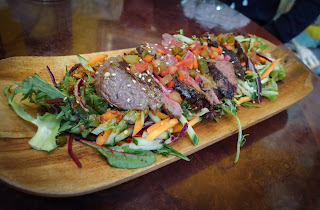 Elsewhere on the menu, things were scarcely better. Mrs Diner’s rare rump beef salad, ordered from the “clean” section (don’t get me started on the language of morality finding its way onto menus), tasted of the same brand of absence as my burger. It had a sort of watery blandness to it that I’m having trouble capturing accurately in words. How could they make beef taste of so little? The texture was weird too, sort of gummy.

It came on a lazy salad that looked like it had emerged straight from a catering bag. This was alleged to be sporting an Asian dressing. I couldn’t detect any soy, lime, fish sauce, sesame oil, or anything else that could vaguely be called Asian. 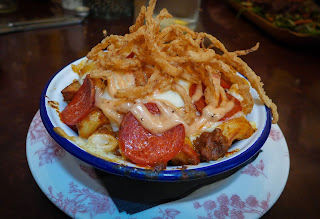 A side of loaded chips was rampantly atrocious. Grim, soggy fries were topped with “mac and cheese” (pasta with congealed, melted cheese of some sort), chilli (tight little lumps of more tasteless beef), crispy (no, they weren’t) onions and poor pepperoni. 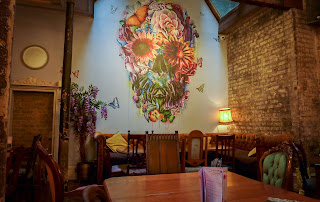 It wasn’t all bad: Lola Jeans is lovely inside. Exposed brick and columns, funky lighting and mismatched furniture are nothing new, but they are done well here. A feature mural and a part-glass ceiling are, on the other hand, nice individual touches. The cocktail list is interesting too. 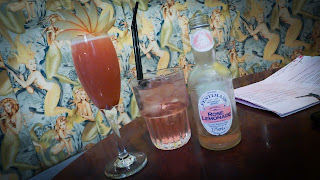 The “Lady Eleanor”, an apple and cinnamon-spiked prosecco was really nice. 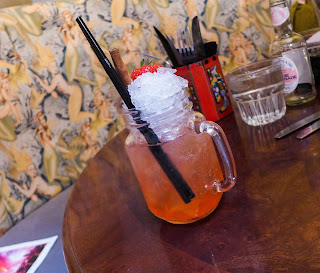 A Rhubarb Spritz was too light on the gin, and not sharp enough. But back to the food, which was all bad. 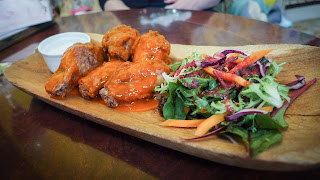 We had started with a portion of chicken wings that hadn’t been cooked for long enough. Wing meat should peel easily from the bone, not require you to wrestle with it. 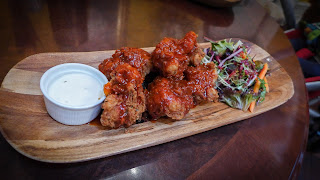 On the other hand, cauliflower buffalo bites had been cooked for an eternity before being dredged in batter and fried. Both dishes had decent spicy sauces on them, one Korean and the other American in origin. I may be wrong, but I doubt the kitchen can take credit for these. I really hope they can’t take credit for the accompanying mounds of the same poor salad that would be sitting underneath that terrible steak just ten minutes hence.

The impression I was left with was not just an inept food operation but, worse, one with a whiff of cynicism about it. The “clean” menu, the repetition of poor ingredients across various dishes, the wooden boards on which everything was served and, yes, that Monster Munch: it all seemed designed to be discussed or Instagrammed, not necessarily eaten, and certainly not enjoyed. 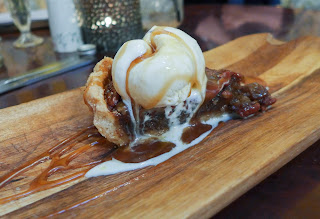 The one dessert we tried, a pecan pie of pale, underfired pastry, was another fiver down the drain. This place ain’t cheap. That burger was £10.95, without fries. The rare beef salad cost the same. If you do want a good burger, you should really stick to Meat:Stack, Byron, or even Fat Hippo.