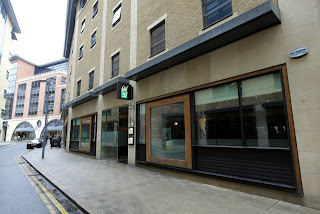 [This restaurant was re-reviewed in 2013]


After the Michelin-starred success of his eponymous 21 Queen Street, Terry Laybourne reestablished himself just round the corner, keeping 21 in the title. Café 21 is stylish, cosmopolitan, bright and confident. Too confident. 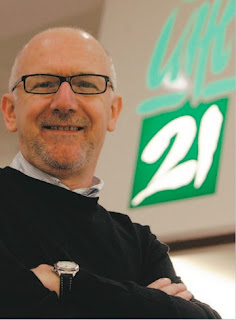 Now, before I carry on, I realise that to criticise Chef Laybourne is as sacrilegious as to excoriate the Pope. I have written previously that this man has done more for good food in Newcastle than anyone. I love his new gastropub, the Broad Chare, I love his Italian Caffe Vivo and I’ve had some very good meals in his Bistro 21 in Durham. But I’m afraid I don’t love Café 21.

There’s something perfunctory and smug about the place. If the chef at Pan Haggerty is trying too hard, you feel the brigade at Café 21 just doesn’t give a damn: they’re on the bridge of the flagship, and the passengers should just be content to be on board. The trouble is, my role is to review a place as I find it. And I found it lacking.

I went for lunch with a gastrofriend and we had the three-course set menu. Like Jesmond Dene House (so far my only 5 star fine dining restaurant in Newcastle) this was priced keenly at £20. A waitress without a smile brought us venison terrine and salad of wood pigeon. The presentation was generally sloppy: the terrine was fine, with a sharp cornichon, sweet golden beet, and a tiny white onion, but it had all been slapped down off-centre with a tiny bowl of predictable green salad dumped on the side (in high summer, with so much freshness bursting into our markets, surely more imagination could have gone into this?). Meanwhile my friend’s nicely-seared pigeon pieces were suffocating in a large bowl of oily greenery.

Service was scarcely intuitive. The smile-free waitress had to be summoned twice to refill our glasses, and offered no explanations or recommendations on the menu. My pork escalope was tender as veal and my friend’s confit of duck melted like butter, but without contrast or risk, the plates simply looked dull.

For dessert we had cherry soup (far too sweet for any tooth, despite the attempts of a yoghurt sorbet to ameliorate) and a pot au chocolate with a really nice churro.

There’s some decent cooking back there, as you might expect, but nothing surprises and, as a result, nothing satisfies.