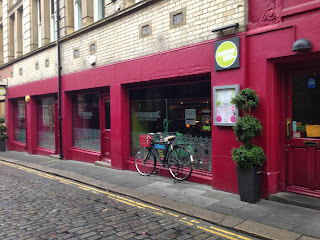 
I’ll say one thing for my friends on Twitter: they are nothing if not persistent.

Feeling in an obliging mood, I took a friend to the branch on High Bridge.

You could miss Dabbawal, were it not for the bicycle chained up outside, a nod to the streets of India. It's painted a dull sort of maroon colour, and inside you nearly trip up over some little table and chairs placed as a waiting room near the door.

It’s cramped and – well, neither Indian or street. More like a grubby dive in Camden.

We were sat at a lonely table without greeting or smile in this gloomy grey atmosphere, almost the only diners on a Wednesday lunchtime.

Poppadoms with bland chutneys scarcely enlivened the mood. But then the Dabbawal grill arrived, a good mixture of tandoori grills, including good lamb chops and citrus prawns.

However, these sat on a salad that was so old, the ends of the leaves had gone brown and soggy. I couldn’t take my eyes off the lettuce, looking as weary as the staff who served us. 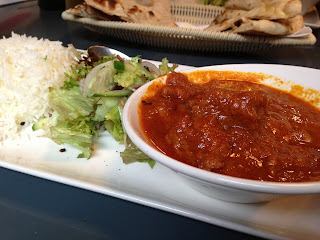 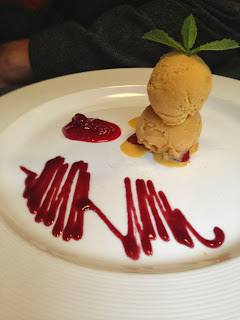 Even a perfectly decent lamb rogan josh, served with more limp lettuce, couldn’t raise my spirits, which were lowered even further by two poor desserts: a bland mango kulfi and a rice pudding which appeared to have been made with real, rather than condensed milk, and was overcooked to mush. It lacked taste, authenticity, and cardamom. 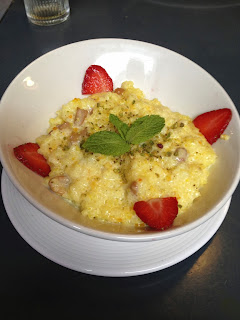 And that, I thought, was that. I write about each meal as I find it, and this was severely lacking in anything I can recall about my several visits to Indian streets: the colour, vibrancy, intensity and surprises of the food and the friendliness of the welcome. Bad Dabbawal.

“Underwhelmed,” was the single word I tweeted, and the response was immediate.

“You should have gone to the Jesmond branch”.

There’s a new branch over there. Chastened, I made the relatively rare decision to give Dabbawal another go. I was really glad I did. To read the review, click here.