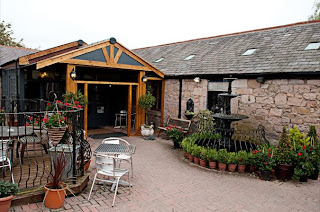 How about dinner in Milan this weekend?

Mrs Diner dropped her copy of The Journal in surprise. Then a look of ‘what will I wear?’ panic – until she caught the twinkle in my eye. I ducked as the newspaper flew past my nose.

In 2010 The Sunday Times critic wrote a patronising review that you can’t avoid when you walk through the arch of the Black Bull pub leading to its glass entrance in what used to be the stables. The review is proudly laminated to the walls, which is strange, considering it largely consists of condescending insults to the good people of Wooler.


According to Gill, Milan might be fine for unsophisticated Northumbrian yokels, but it wouldn’t last a week in Putney. As to its customers: “Everyone had made an effort, put on some heels and a bit of a scarf, brushed their hair.”

He wrote with such snotty pomposity, it made my local blood boil. He found the restaurant all “piped music and pints” and the presentation of the food had “church-hat charm”. He mocked the size of the pudding list, and “no-one was more surprised than him” that the chicken hadn’t turned into a ball of wool.

He had suspended his normal taste-sensors simply because he was up North. And this from a man who thinks that the Roman Wall is on the border with Scotland.

This sort of metropolitan arrogance makes me see red: the assumption that people here expect a different standard of food from the rest of the country, that we will put up with dross provided it comes with a big bowl of chips.

Well, I know my readers don’t agree. There is a growing clientele that demands good, locally sourced cooking, and the sole purpose of this page is to identify and separate the excellent from the ordinary, judged only by cooking, ambience and service. I refuse to accept second best just because it has a Northumbrian burr.

Unfortunately the food at Milan is second best, though the atmosphere is buzzing. It was rammed, and the lights of this former disco flashed every time they announced someone’s birthday. Which was every 20 minutes.

The ambience instantly put the four of us into a good mood. Service was fast, attentive and friendly. But the house Sangiovese was truly terrible and rejected for a bottle of Chianti that was also mediocre.

Was the food worth recommending? Not by any standard, London or local. It’s about as Italian as AA Gill’s blonde girlfriend Nicola.

Sure, there’s a range of pizzas and pastas on the laminated menu, and the typed list of specials included risottos and ravioli. But if the proof of the Italian is in the eating, there was no sign of any Italian chef in this kitchen. 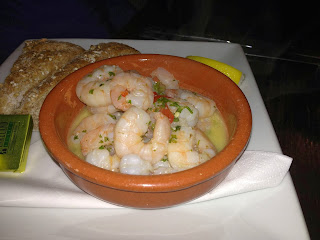 Tiger prawns arrived watery, in a sauce without spice or substance.

My spinach and mushroom risotto was unseasoned, and might have been cooked in water rather than stock. Tiny button mushrooms had been popped in at the end, so the rice carried none of their earthiness. It was started without flavour and finished without parmesan or butter, but with a tractorload of cream.

We had flaccid garlic bread, and only Mrs Diner’s paté-stuffed mushrooms were acceptable.

I then had “highlander chicken” – a supreme stuffed with well-peppered haggis, which was certainly moist, but in a sauce barely scented with whisky, and flavoured with not much else.


There was a lot of stuffed chicken on the menu: our friend’s “dolcelatte” variety contained a tomato with its skin on and a sauce that was too creamy: it craved real Gorgonzola rather than the dolce version. 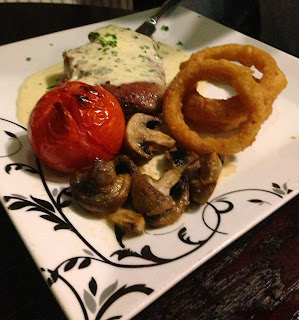 Her husband also had dolcelatte sauce with his fillet steak that was too young and overcooked and had chips fried in cheap oil.

A side salad came undressed, with tired rocket and a whole spring onion, possibly the worst salad I’ve seen on a table since 1973.

Mrs Diner’s fettucine was homemade, but had been plonked undrained into a sauce that in no way resembled the butter, dill and sour cream of a proper salmone vodka. Someone should buy the chef an Italian cookbook.

Our friend summed it up beautifully. “It’s a fun place for an office party, but why did they call it Milan? They might just as well have called it Darlington.”

Desserts were largely variations on a theme of Doddington’s ice cream, so we avoided them and went home to enjoy our own limoncello with homemade gelato. At least we ended the evening in Italy.

There are people in Wooler who do enjoy better food. They’ve discovered a pub close by called The Red Lion in Milfield, which has excellent devilled whitebait. I’ve been keeping this to myself for a while, but now I’ve let everyone in on the secret. You deserve it.