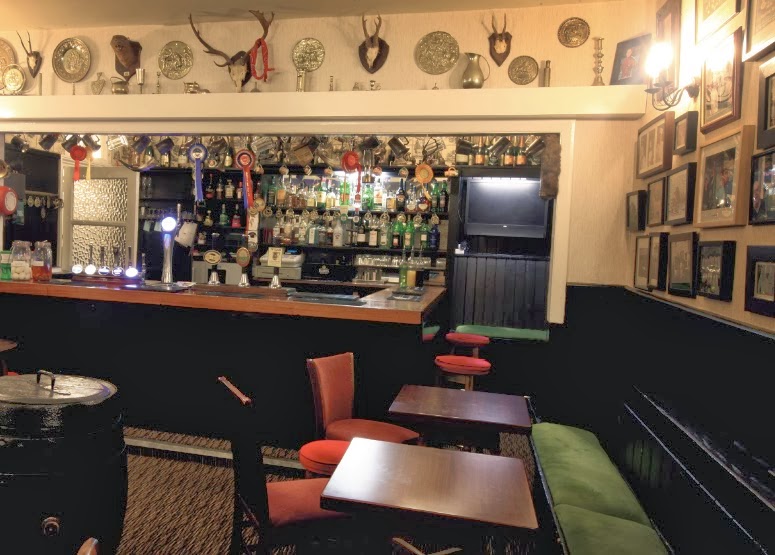 With rural pubs under threat all over Northumberland, the residents of Barrasford, near Hexham, must have rejoiced when Tony Binks took over The Barrasford Arms in 2006.

A proper inn with rooms, it hosts quoits tournaments, darts matches and the local hunt, with a roaring fire and huge jars of pickled eggs and onions in the bar. Best of all, it serves simple, no-nonsense, well-cooked food. If only every village in Northumberland could have a Barrasford Arms. But then, Tony Binks is a bit of a one-off.


According to the pub’s own blurb, his food is traditional English, but with “a French influence, a homage to his friend and mentor Albert Roux”.

This wasn’t my first visit here. I’d remembered trying it first shortly after it opened. I recall the double-baked cheese soufflé, a dish popularized by Raymond Blanc in the nineties (though Blanc used goats cheese instead of cheddar and popped an extra cube into the middle so that a sharp goo poured out when you cut into it). I distinctly remember sending back an overcooked rump steak with peppercorn sauce. I certainly recall the white walls and black woodwork, friendly staff and excited, happy locals.

Nothing seems to have changed at all. With awards and commendations on the wall dating back seven years, The Barrasford Arms appears frozen in time. I guess that’s why people love it so much. You know what you’re getting, and what you get is good.

My only real criticism would be that the food lacks ambition. Sure, it’s not trying to be fine dining. It eschews fussiness, and that’s very welcome. But there are only so many double-baked cheese soufflés a chap can eat in his lifetime. There was nothing on the menu that screamed out, “I’m really interesting, try me!” So instead I went for the Scotch egg. 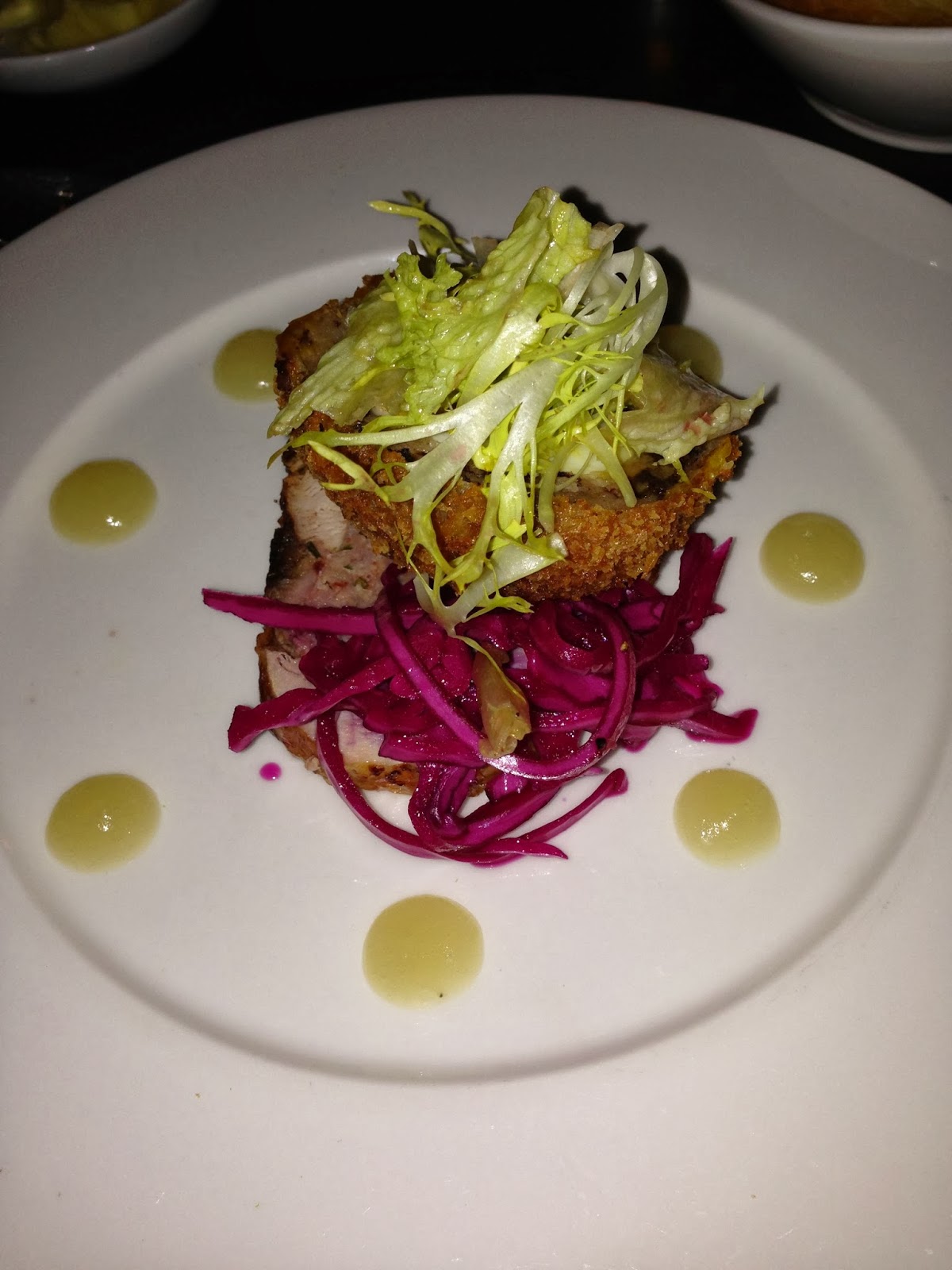 The humble Scotch egg has become trendy of late. This one had flecks of black pudding, and sat on a mattress of pressed terrine with some pickled red cabbage, surrounded by blobs of apple sauce. It looked pretty and tasted good, though the egg was slightly too cooked for me. Once you’ve sampled The Broad Chare’s version, the yolk oozing out of its thick, succulent, crispy-coated shell, you’re spoilt for life on the Scotch egg front. But there was a fine soup for Mrs Diner: roasted tomatoes and peppers, laced with balsamic.

They gave us large white and brown bread rolls, shaped like the ones Charlie Chaplin used for his tapdance in The Gold Rush. Mrs Diner wouldn’t let me try them out on the table – she said the locals wouldn’t approve.

The mains were various degrees of comfort: like steak and chips (with peppercorn sauce of course), steak and kidney pie with suet pastry, slow cooked local pheasant breast, or butternut squash and sage risotto for the vegetarians.

I ordered “hog lamb” shank, which is a contradiction, for a hogget is older than a lamb, but younger than mutton. Middle-aged-sheep shank, then: how sad to be past it at the age of one. Hogget can be over-fatty, but this was fine and filling, pointing defiantly up from its bath of rich red wine sauce, flanked by red cabbage and creamy mashed potato. 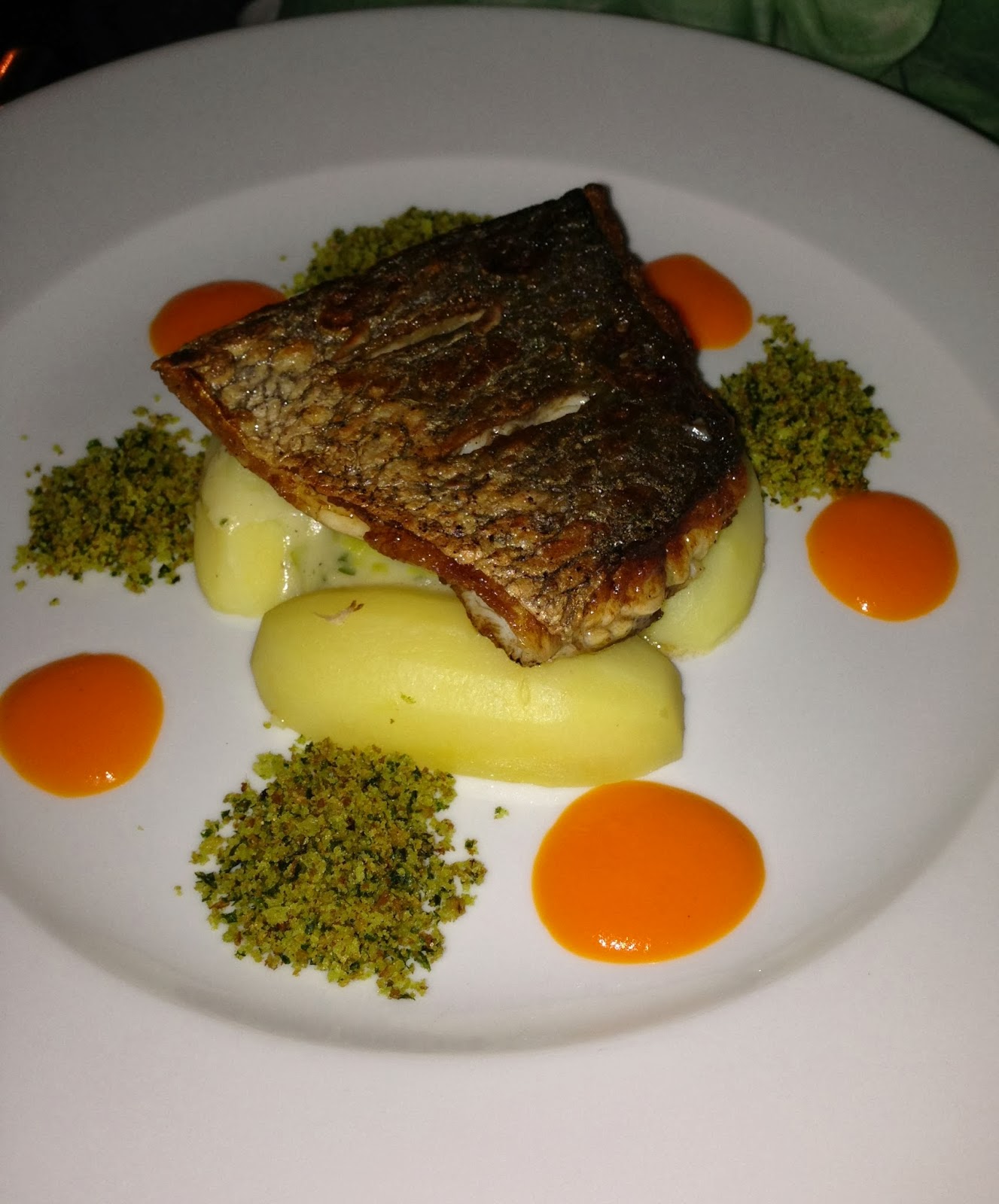 Meanwhile Mr Binks demonstrated the quality of his fish sourcing with a classy wild bass. It was elegantly plated, with little mounds of crispy parsley and breadcrumbs and dots of orange pepper puree, with boiled potatoes.

A bowl of vegetables was placed between us – mange touts, carrots and broccoli, like you’d find in any pub in the land, except the carrots were deliciously sweet. 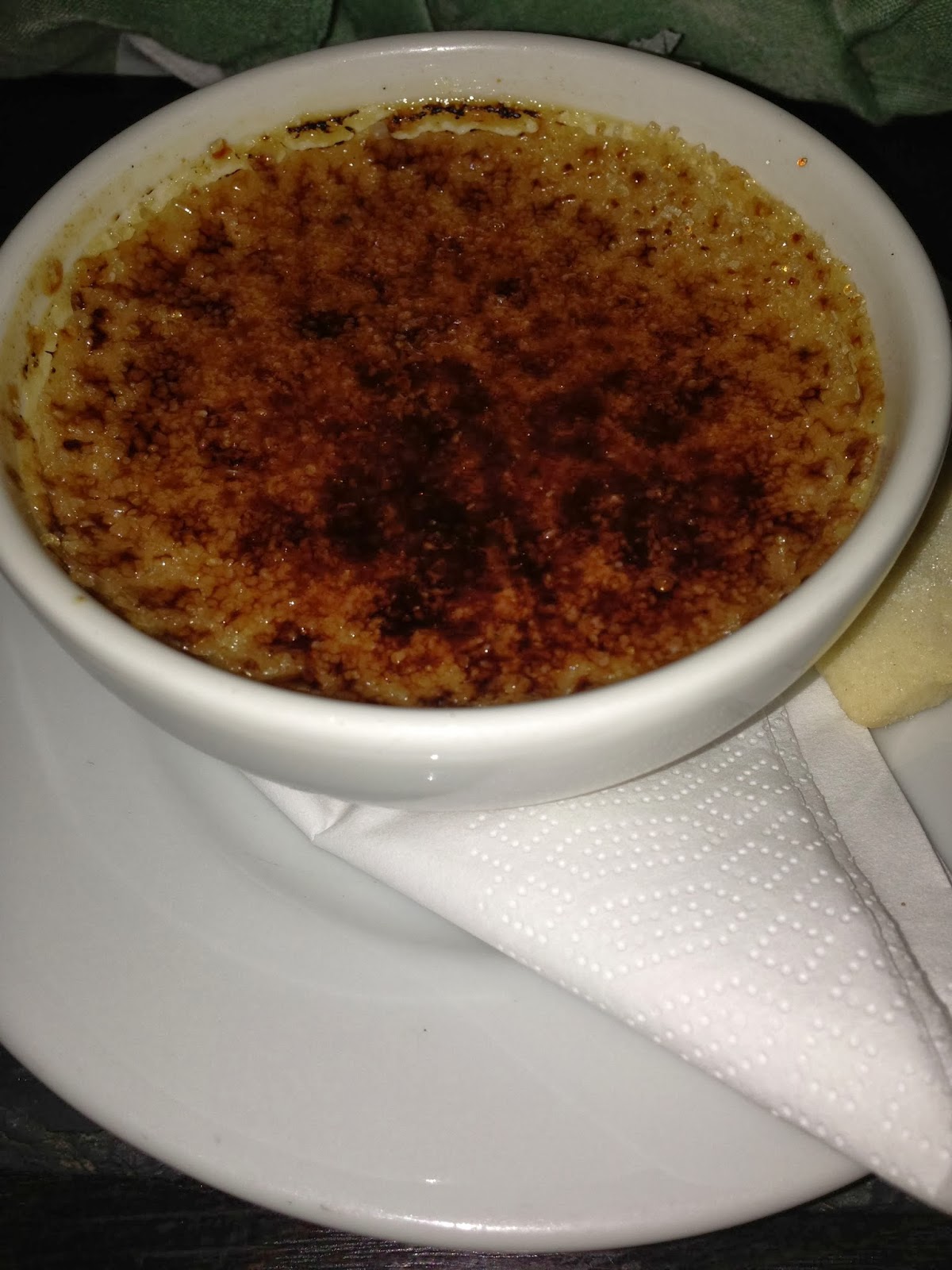 Desserts were hit and miss. The hit was a wonderful rice pudding, finished with mascarpone, a vanilla poached pear, and a crunch of brûléed sugar. But the miss of the night was the crème brûlée. This had been flavoured with concentrated pistachio, a dangerous ingredient that can quickly turn cream cloying and sickly. Which this most certainly was.

Service was jolly but a bit sloppy. The waitresses wore black and smiled a lot, but the bar tables hadn’t been cleaned after earlier inhabitants had moved off; my knife wasn’t replaced between courses so I had to steal one from a neighbouring table, and we were offered no water. All minor stuff, I know, but I doubt Albert Roux would have approved.

For cooking of this standard, The Barrasford Arms is good value. Three courses for two with three glasses of house wine (a reasonable Malbec) came to less than £70.

As comfortable and old-fashioned as The Archers, I can’t see why this place shouldn’t carry on for at least another 7 years. By which time I might be ready for another cheese soufflé.