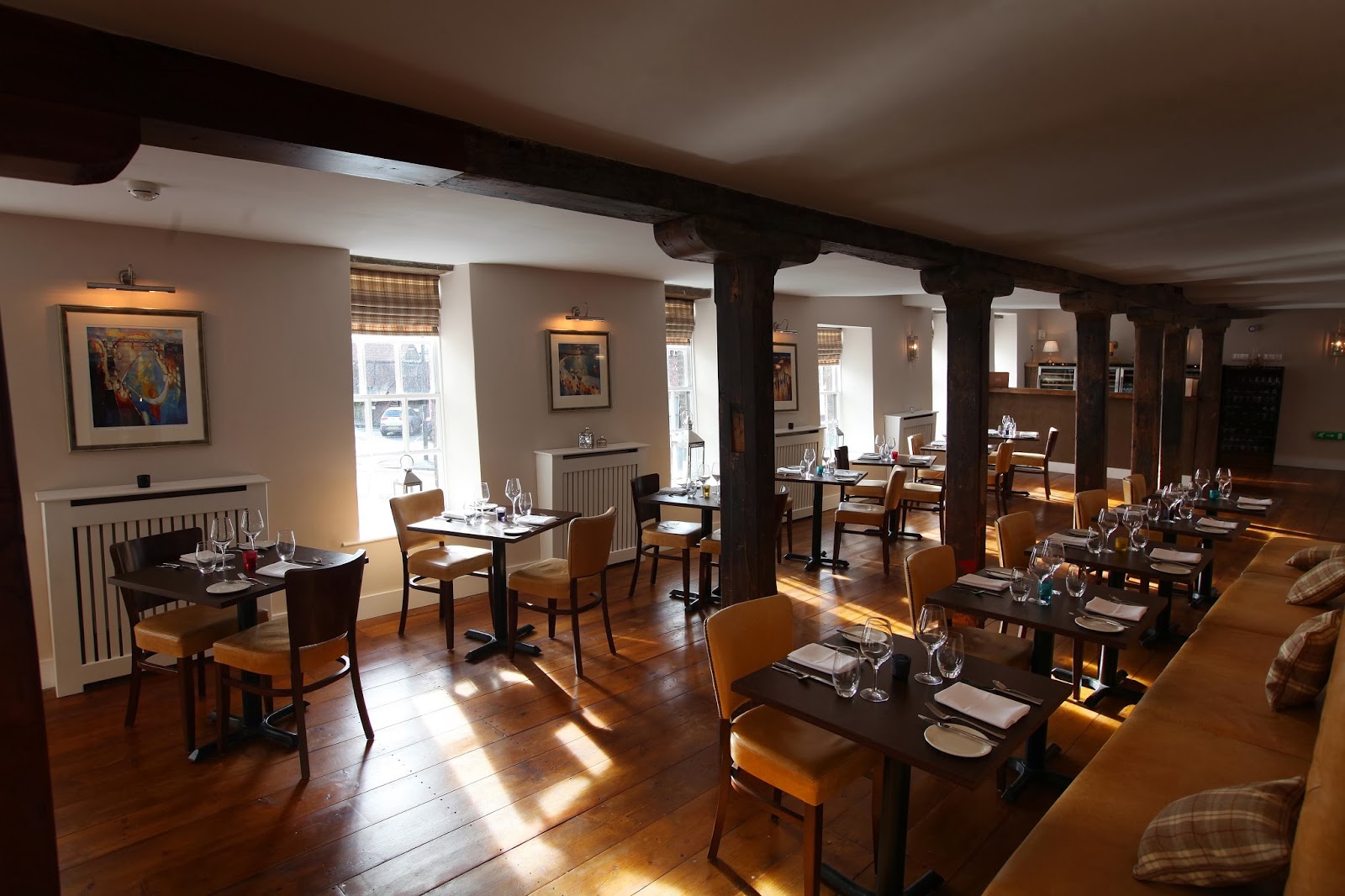 
Kenny Atkinson’s return to his native city must have been the most anticipated Newcastle homecoming since Alan Shearer’s 1996 debut.

Kenny has wowed diners around the country, from London, Cheltenham and the Isles of Scilly, where he gained his first Michelin star, to Seaham Hall, where he earned another. He spent three tough years at Rockliffe Hall near Darlington, which never quite made the Michelin grade, before he finally announced that he wanted his own place back in his home town.

About time, I’d say. I’m surprised they aren’t playing the Local Hero theme from the High Level Bridge that towers over his new restaurant.

Being Kenny Atkinson, he hasn’t done it the easy way. He could have had his pick of nice restaurant-shaped buildings lying around the city. Instead he chose a dilapidated 16th century Grade I listed former merchant’s house on the Quayside. An estate agent would say it had “potential”, but you needed to be a genius to spot it. Enter Chef Atkinson.

Kenny’s food is all about creative combinations. It needed all his ingenuity and courage to combine this ancient building with his culinary ambitions. And a good relationship with English Heritage, who must have swarmed all over the place. Cut up the stone floor to build a porch to keep out the cold? Not on your soufflé, mate. 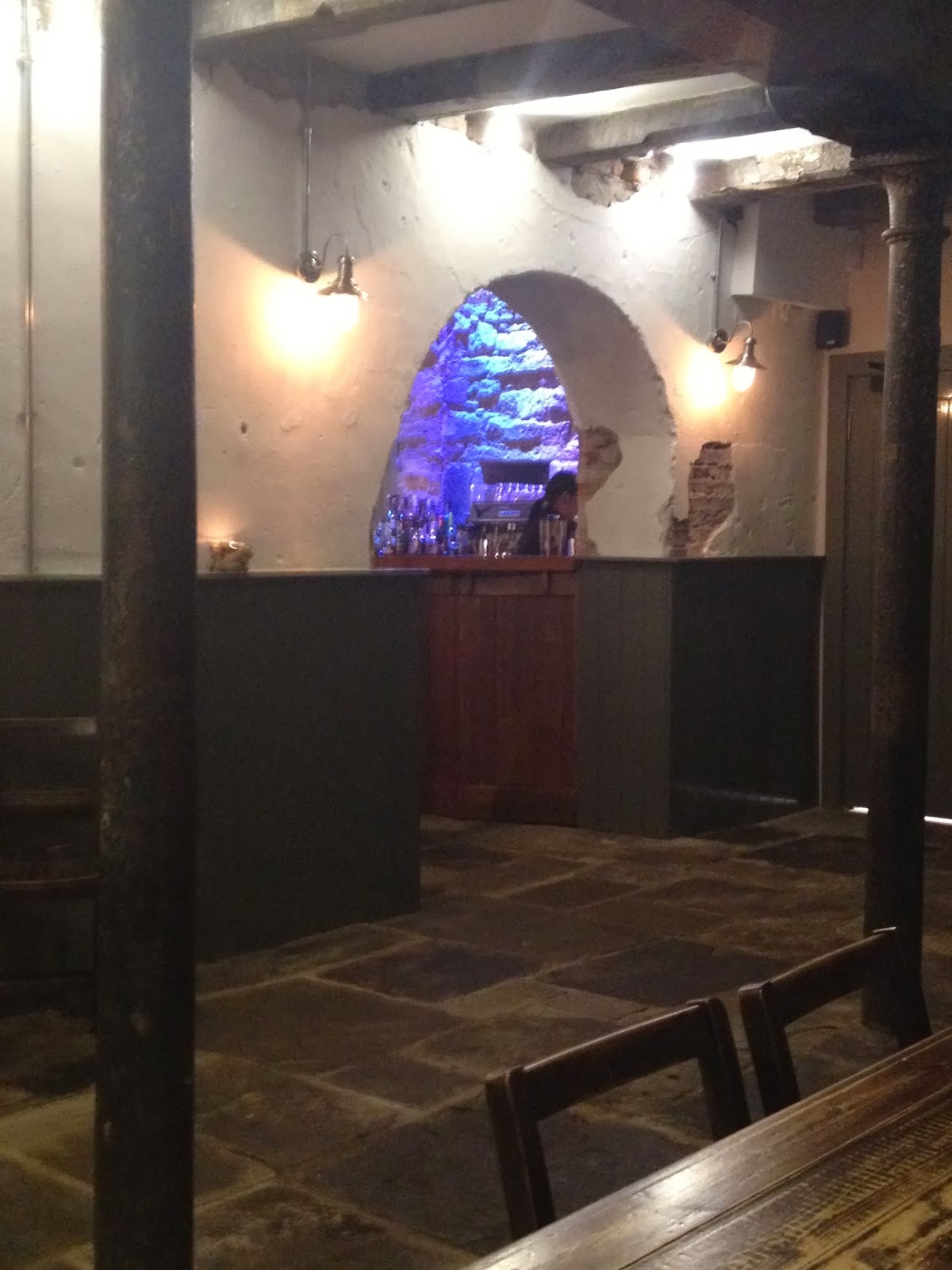 The result is simply stunning, and stunningly simple. He and his wife Abbie have kept as much of the original as they could; staircase, beams, walls are a mix of ancient and modern, with flagged stone floors below and upstairs a huge stone fireplace and comfortable golden leather seats.

The tiny kitchen, on view to passers by, is beside the entrance. The brigade of young, keen juniors is crammed in with the bosses, including Danny Parker, a talented sous chef who has joined from Wynyard Hall. It’s so cramped, they have to prepare desserts in the restaurant upstairs.

I have reviewed Atkinson once before, at Rockliffe Hall. I gather he was unhappy with the verdict. Regulars know I only review what I find on the night. It rated just 3 stars because Kenny wasn’t in the kitchen, and it showed. 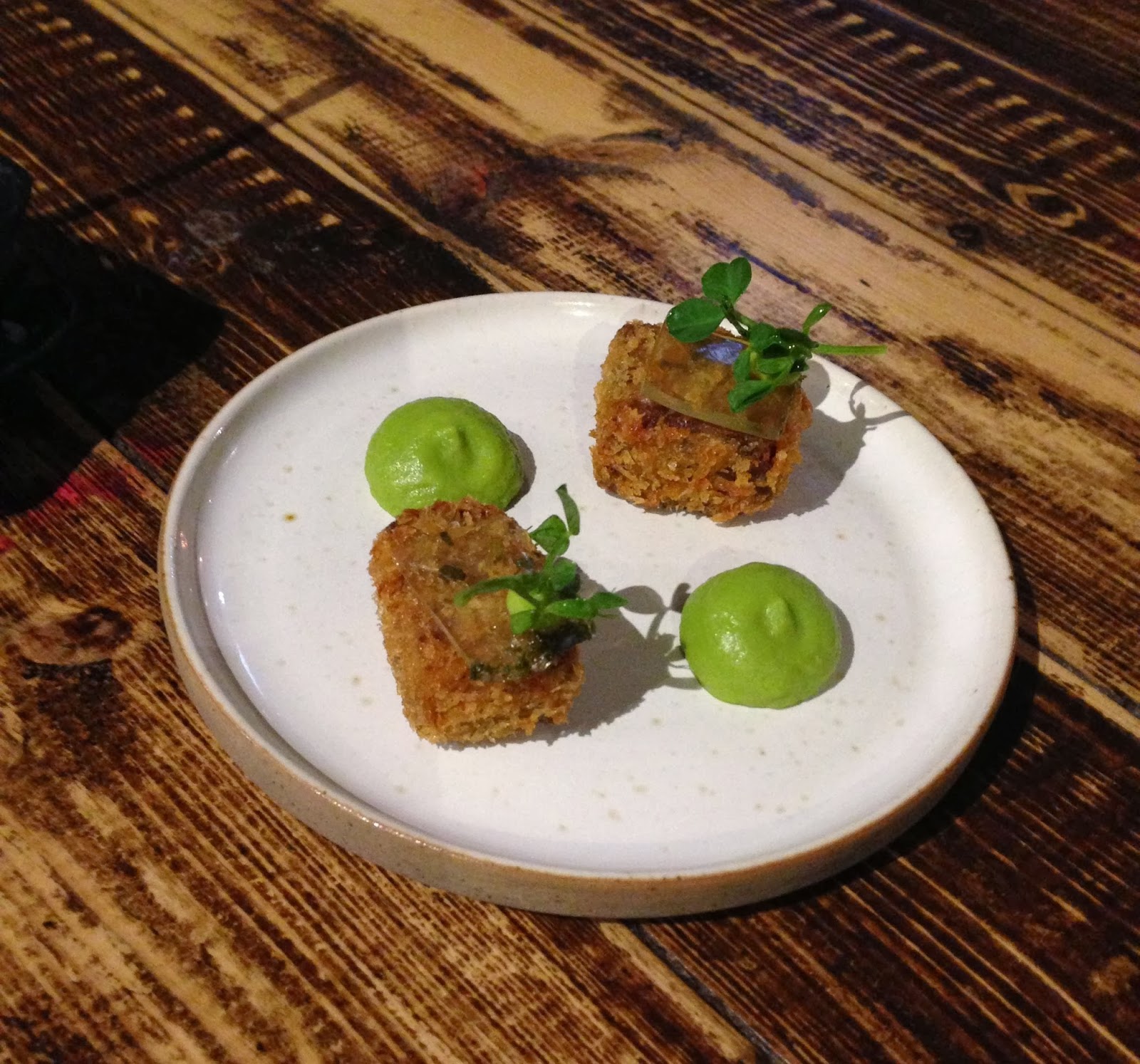 No such danger this time: Chef was greeting his guests at the kitchen door. We were led to a table in the big downstairs bar area, where we ordered Manzanilla sherry – an eccentric choice, but this was going to be an unusual meal, for soon Chef Atkinson arrived clutching some cubes of lamb and two seemingly raw leeks pulled straight from the ground, complete with soil. 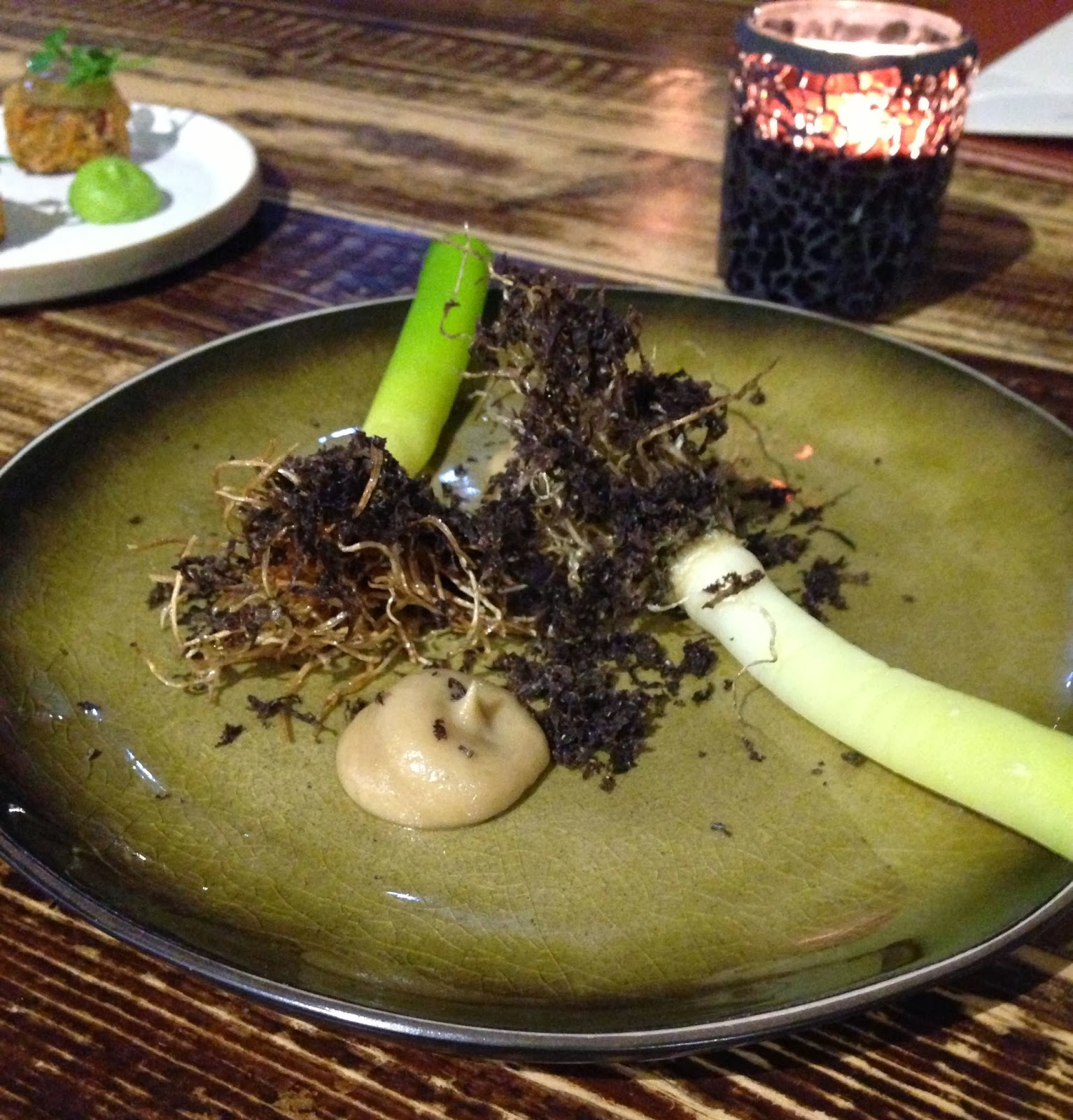 In fact the stems had been blanched, the roots deep-fried, and the ‘soil’ was shaved black truffle. Not terribly pungent truffle, it had been unearthed for rather too long, but, with their caramelised onion dip, these delicious leeks certainly amused the gueule before we were moved upstairs for the main event.

With only 50 covers, Atkinson must be hoping all his guests order the tasting menu at £65 a head (£55 from Tuesday to Thursday). If you’re not feeling so hungry or rich, or if you’ve been before, you can ask for “Shy bairns get nowt” and choose any 3 of the 8 courses for £40.

This pricing suggests House of Tides, despite its “casual fine dining” description, will be for special occasions only, and may find it hard to attract regulars. The name Winter Tasting Menu suggests there won’t be another till the Spring, but real foodies will want to come more frequently. There’s a big overhead here, and it will need loyal support from regulars, so he’s going to have to ring the changes before then. Maybe his plan to offer Sunday lunch will encourage a wider clientele.

Mrs Diner and I avoided the wine pairing (another £50), and ordered various wines by the glass from a very good selection, including acceptable house red and white. 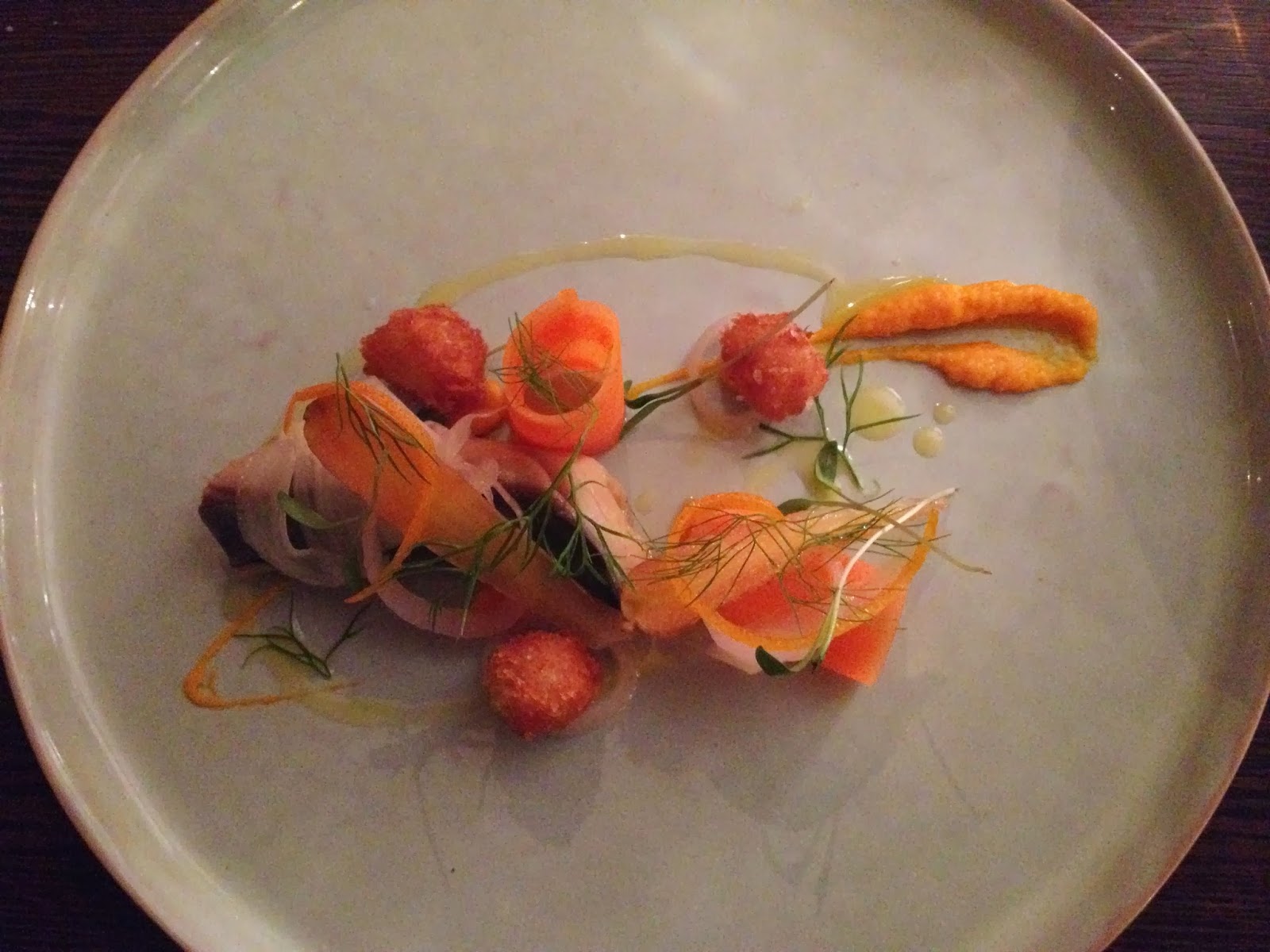 After rich butternut squash velouté with mushroom and pork, a beautiful plate of mackerel, thinly sliced fennel and some earthy French sand carrots arrived in a light orange dressing dotted with crunchy smoked eel beignets. A polished and enjoyable starter.

Then came a disappointment. Perfectly cooked seabass sat on some curried mussels. To me the sauce was dull, two-dimensional and uneven, with no relationship between fish and raw curry spices. I would wash it off the menu at the next high tide. 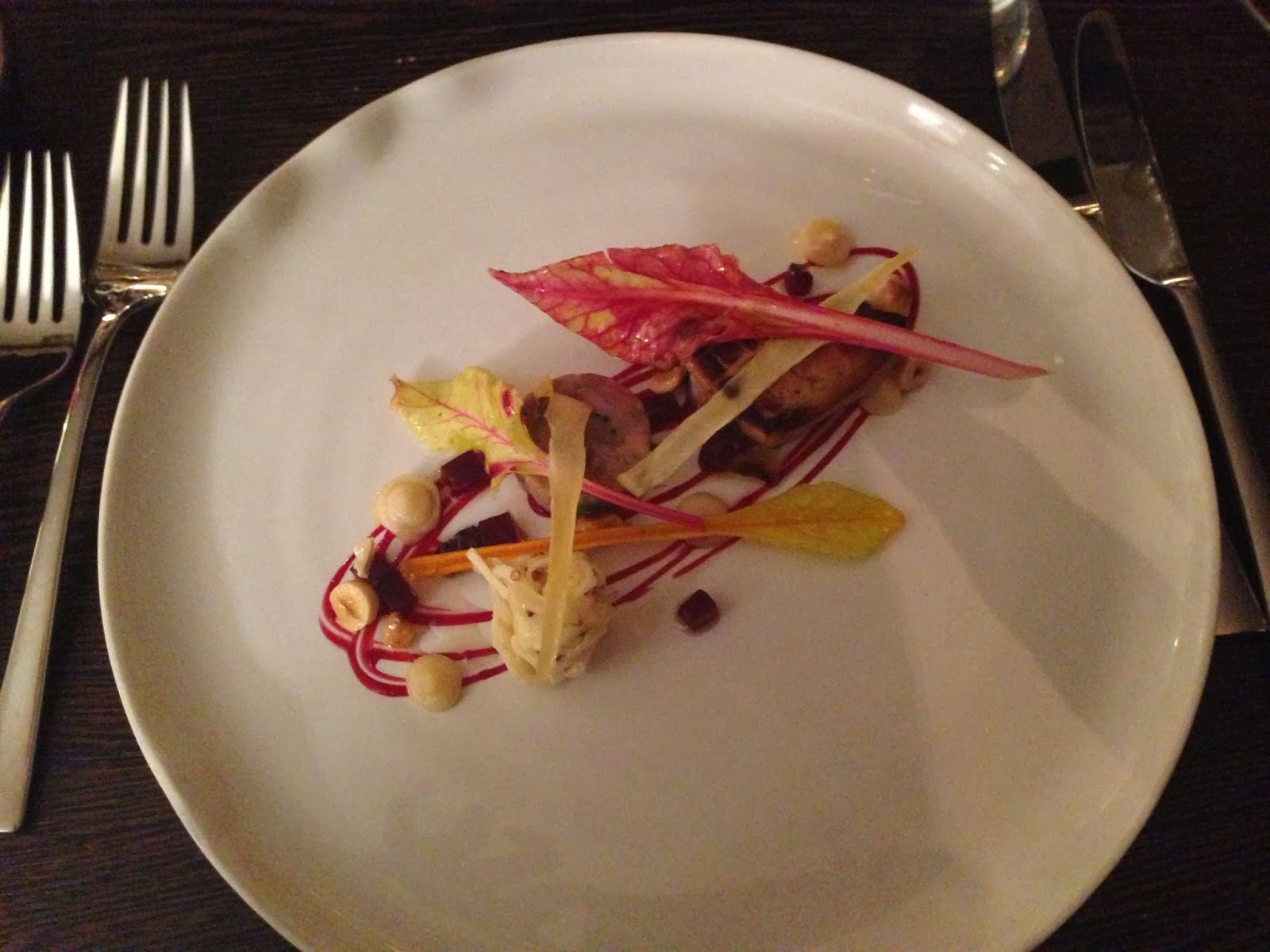 Order was restored, however, with a delightful plate described as duck but crowned with superb fresh foie gras. It had marinated beets and some of Ken Holland’s beautiful little beet shoots, forced to tender perfection like the foie gras. 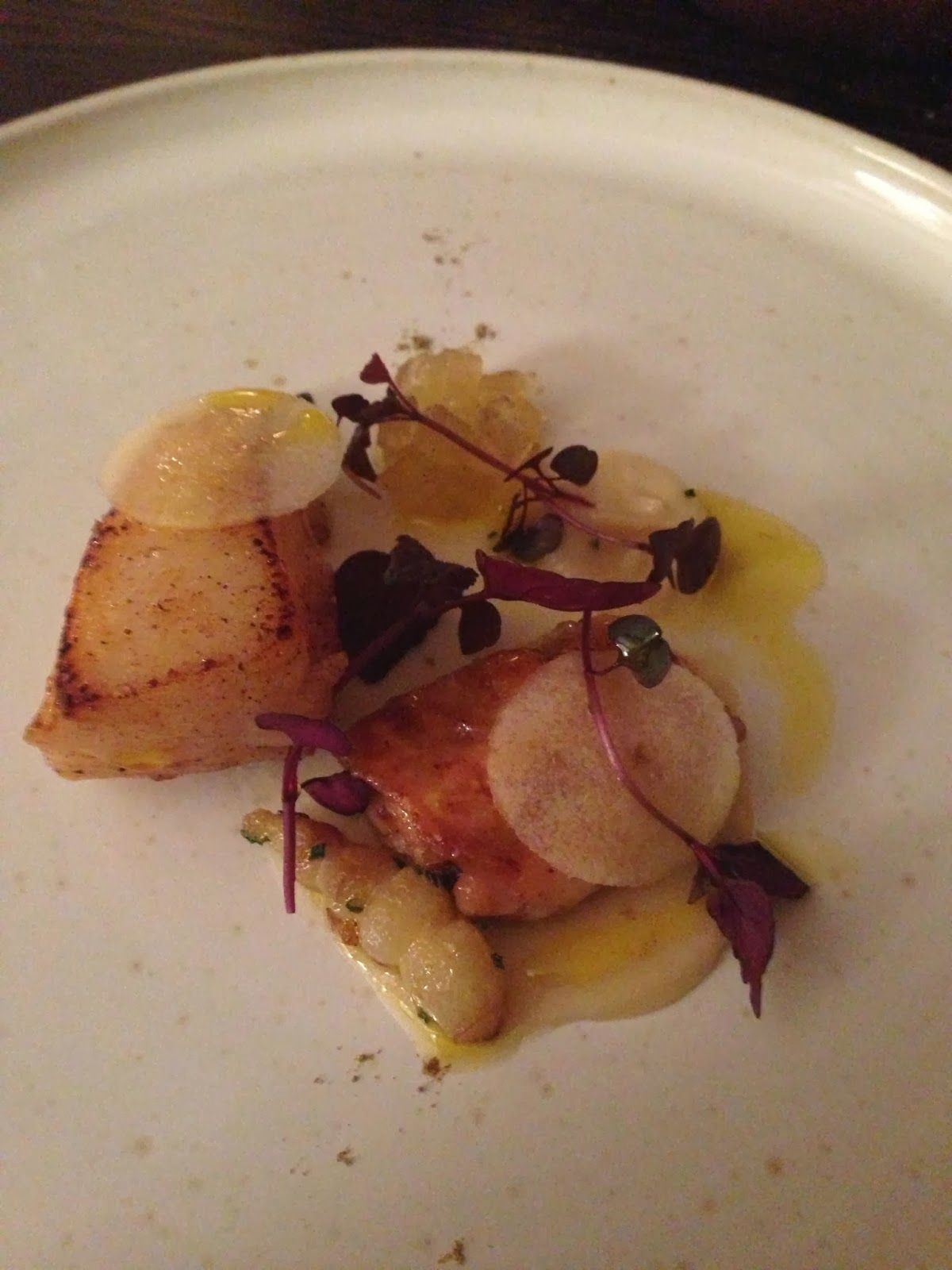 A pretty combination of chicken wing and scallop, with tiny, nutty crosne tubers sitting on Jerusalem artichoke purée, was marred by an overcooked scallop. What should have been seared was steamed and chewy. Shame. 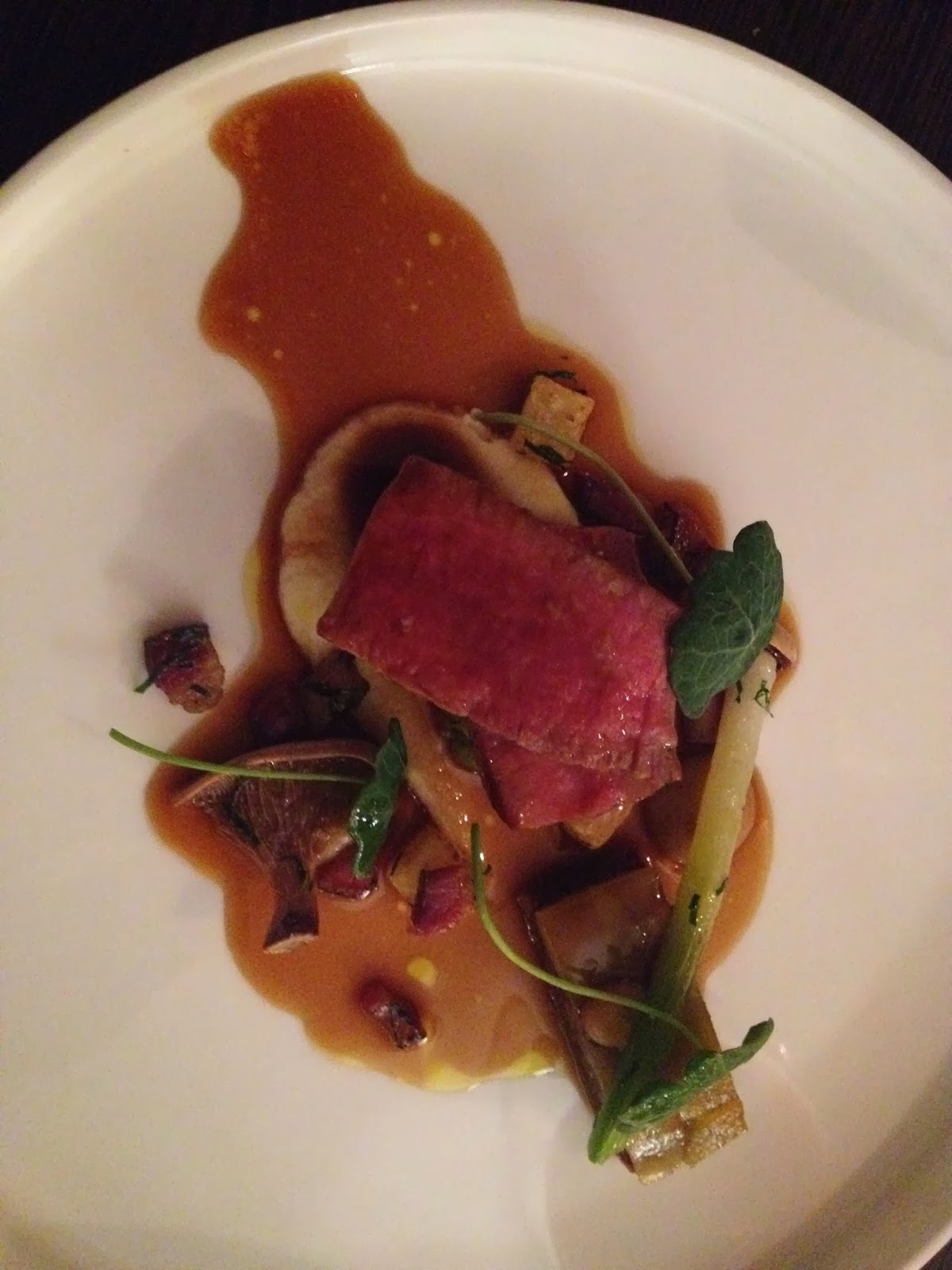 Then came the beef – an impeccable, Michelin-worthy plate of rare fillet, celeriac and deconstructed pease pudding, with nuggets of smoked bacon. 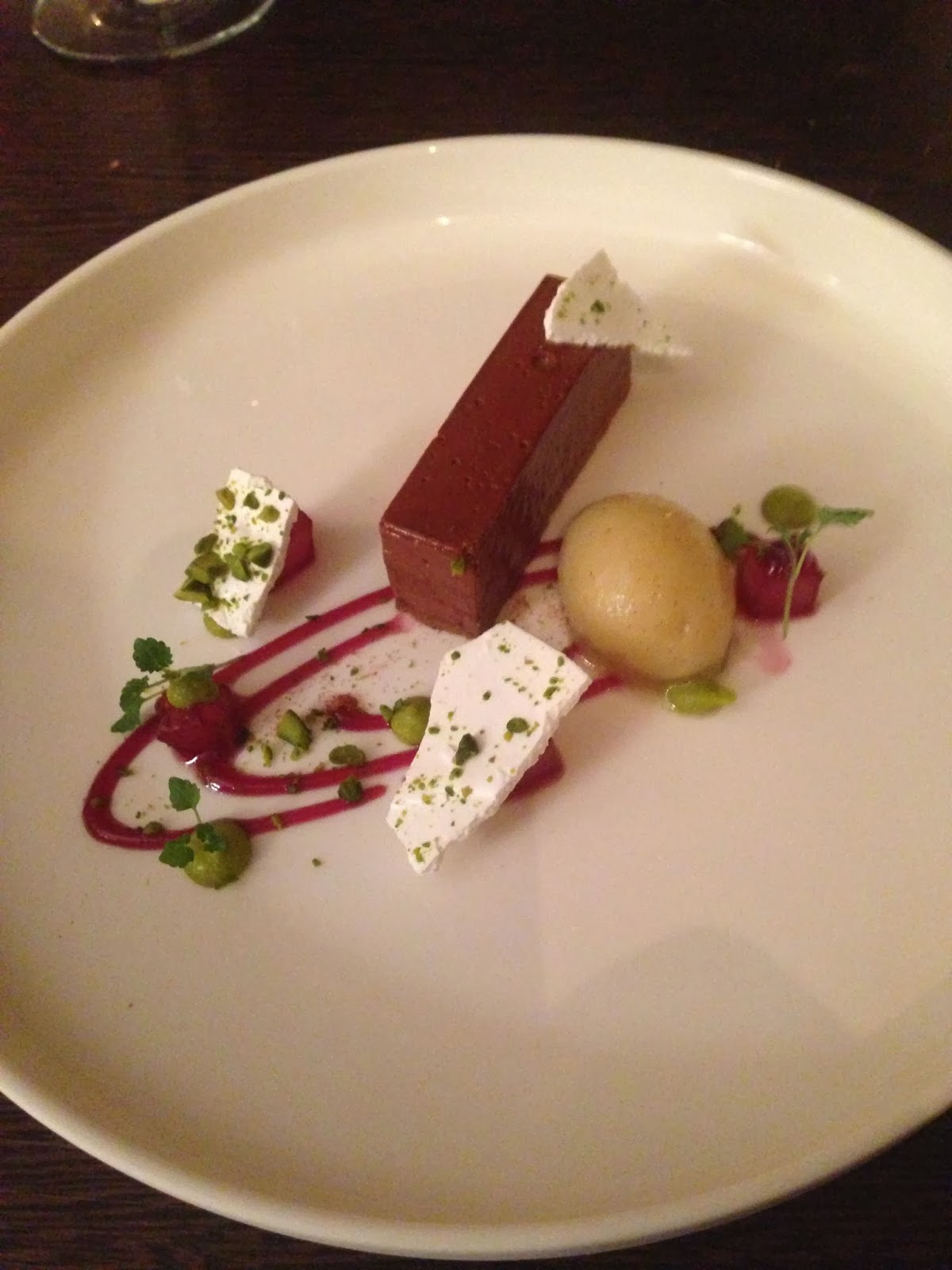 Desserts were a rhubarb and ginger trifle concoction with apple sorbet, and then an exceptional chocolate and pear dessert with pistachio meringue and a sweet red wine, port, star anise and pear flavoured reduction. Very, very good.

There’s a pioneering spirit about the place. I didn’t know who was more excited, staff or customers. There’s already a sense of pride, a feeling that this could be the start of something big.


It’s early days I know, but I really believe this place could reach the heights; it just needs more precision to match the ambition.

Service was quirky. Apart from Robert Green, who came from Rockliffe Hall with Atkinson and is, if anything, a little too effusive, most of the staff are young and inexperienced.

It was like witnessing one of Jamie Oliver’s social training experiments. They struggled with the menu (I overheard one introducing the beef dish as lamb), they struggled with the serving, but they tried ever so hard and kept smiling. I liked them a lot, but it wasn’t remotely close to Michelin standards. Yet. They will get there in time, and the food will get there even quicker.

For House of Tides to earn a sixth star, and put itself in the same category as The Raby Hunt, it will require a little more development. And another visit when Winter becomes Spring.  Watch this space.