A Twitter follower of mine called John Hall recommended a trip to Bedlington.

“You’ve got to visit Bistro 62, it’s as good as anywhere in Newcastle at a great price,” he wrote.

Much as I respect ‘@hallythepunter’, who describes himself as a “future masterchef champion” and who claims that pig and ox cheeks are his favourite cuts of meat, I took this with a pinch of salt. I’d not been aware of Bedlington registering on our culinary map.

I tried to persuade a colleague to join me.

“Bedlington? There’s nothing there – I’ll come when you’re going somewhere that will get more than one star,” he said, rather disparagingly.

As everyone knows, three stars is my quality threshold – that’s what a restaurant needs to get a smart Secret Diner Recommended sticker for their window. He was convinced there’d be no stickers in Bedlington.

Bistro 62 is in a row of solid properties containing small shops and offices called Front Street West – number 62, of course, next to the hairdressers.

Sure, it doesn’t look much from the outside. And the outside is just a bit too close to the inside for me: with no porch, anyone inside gets a blast of cold air every time the door opens. But, with just 30 chairs around sleek dark tables, it’s welcoming and cozy. 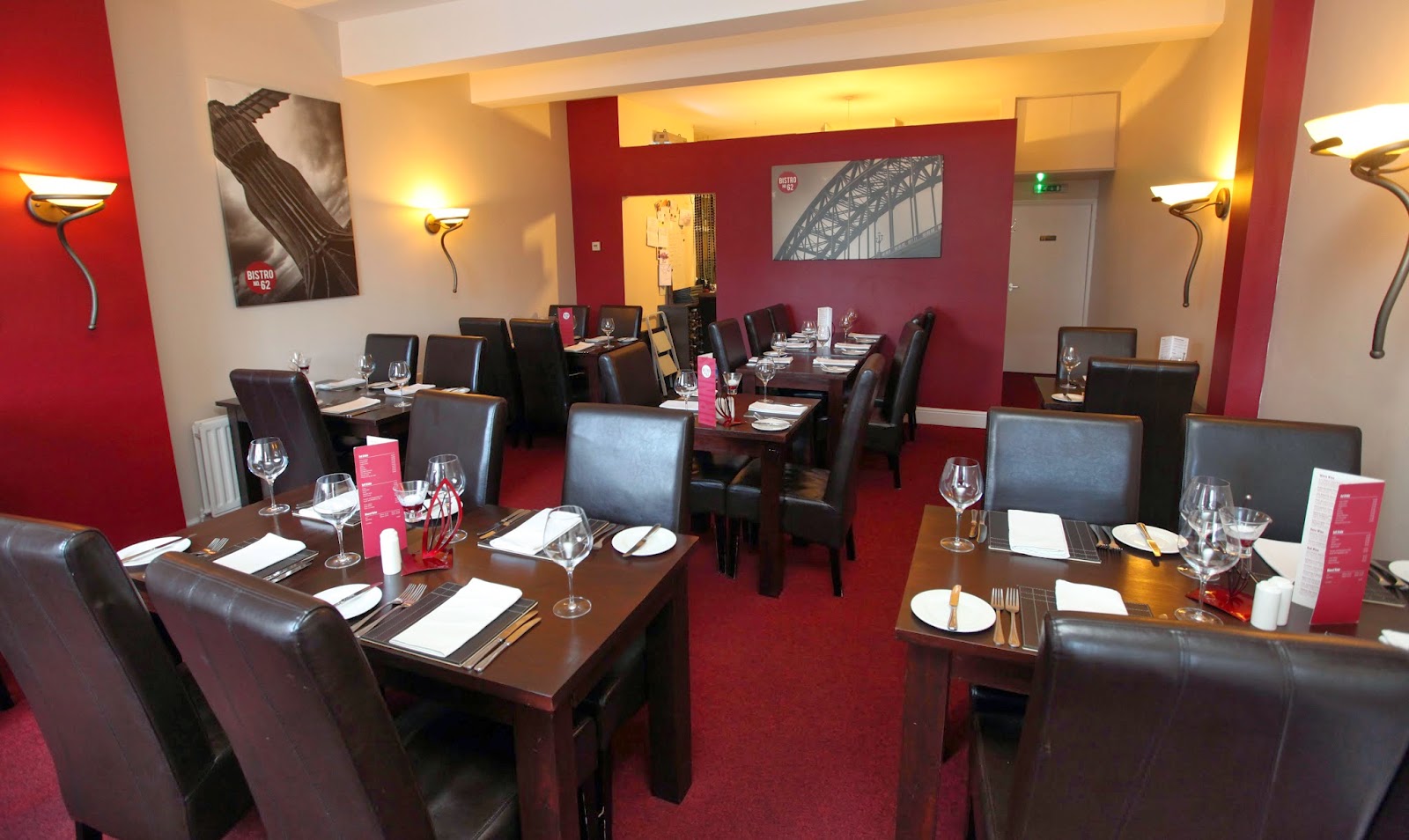 So cozy, in fact, that its website says “please give us a call if you’d like to join us for a meal,” not because they’re afraid they might be full (though they should be after this review) but because they want to make sure they have enough fresh ingredients. They even host occasional “tasting weekends”, with a 6-course tasting menu for £45 plus £20 for a wine pairing. So, the food’s ambitious as well as fresh.

It was founded three years ago by Del Thomas and his partner Candice Baker. Del was a chef and Candice a waitress, a pairing that obviously works well, for last month they produced a baby boy, Marley. That meant Candice was out of the restaurant the night we arrived, but the service was still efficient, friendly and knowledgeable.

Del has spent most of his career working the rounds of the North East pub kitchen scene. A student of Ashington College, he met Candice when they worked at the Rex Hotel in Whitley Bay. Three years ago he and Candice reckoned they could afford either a house or a restaurant, so, bravely in the middle of a recession, they chose the restaurant, and bought the lease of a failing bistro inappropriately called Accolade. I reckon they got a standing ovation from the foodies in Bedlington, for they’ve created a local eatery that really works.

There were actually two menus the night we went, a really good value 3-course bistro version for £14.95 (Tuesdays to Thursdays only) and a slightly more fancy à la carte. We mixed and matched. On Sunday you can opt for a “Boozy Snoozy” three-course lunch with half a bottle of wine for just £16.95. Hallythepunter wasn’t kidding when he said it was a great price.

Sadly our other starter was surprisingly bland: salt cod fritters were under-seasoned with soggy, tepid batter. My main course was pan-fried hake with rather too many curried lentils, a nice tomato and mango salsa, minted yoghurt and cauliflower beignets. The beignets were wrapped in the same soggy batter – this needs some work. However my guest had perfectly cooked bream fillets, with a buttery caper and prawn sauce, prawns and roast new potatoes as well as roast beetroot and cabbage.

Any neighbourhood would be proud to have this gem on their doorstep. Del has an individual and interesting style of bistro cooking. And now he has the right to display a Secret Diner Recommended sticker on his front door.