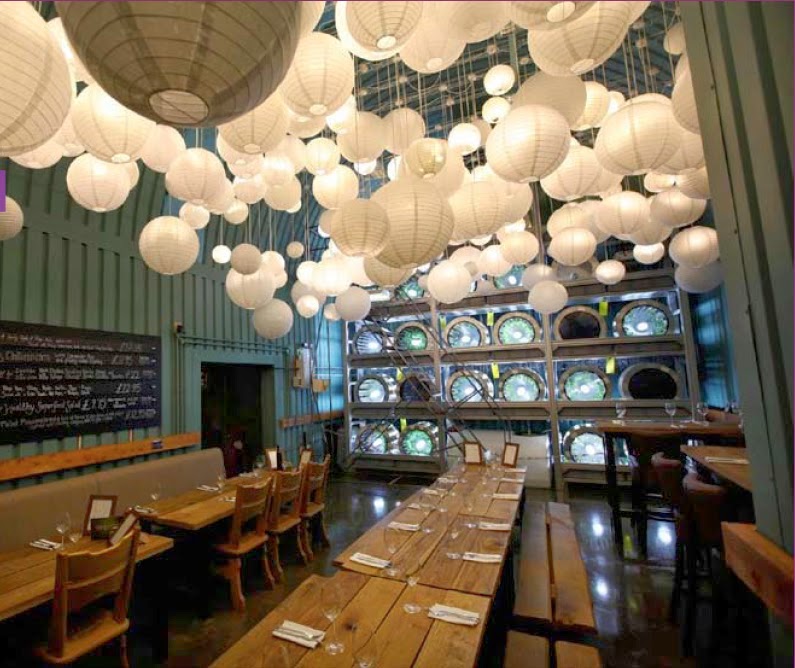 The conscious coupling (sorry, Gwyneth and Chris) of good food and inspiring interior design is something with which the North East isn’t terribly familiar.  There are stylish places with very poor food (As You Like It) and restaurants with great food and poor styling, (Gourmet Spot in Durham, though earlier this month, having been bought out by its chef-owner Stephen Hardy, it revamped its interior, got rid of the silly name, and is now called DH1).

I admire the brick and industrial feel of The Bridge Tavern, which also offers good gastropub fare, but I can’t think of another place in our region that attempts to combine cutting edge design with good cooking. Step forward The Herb Garden. 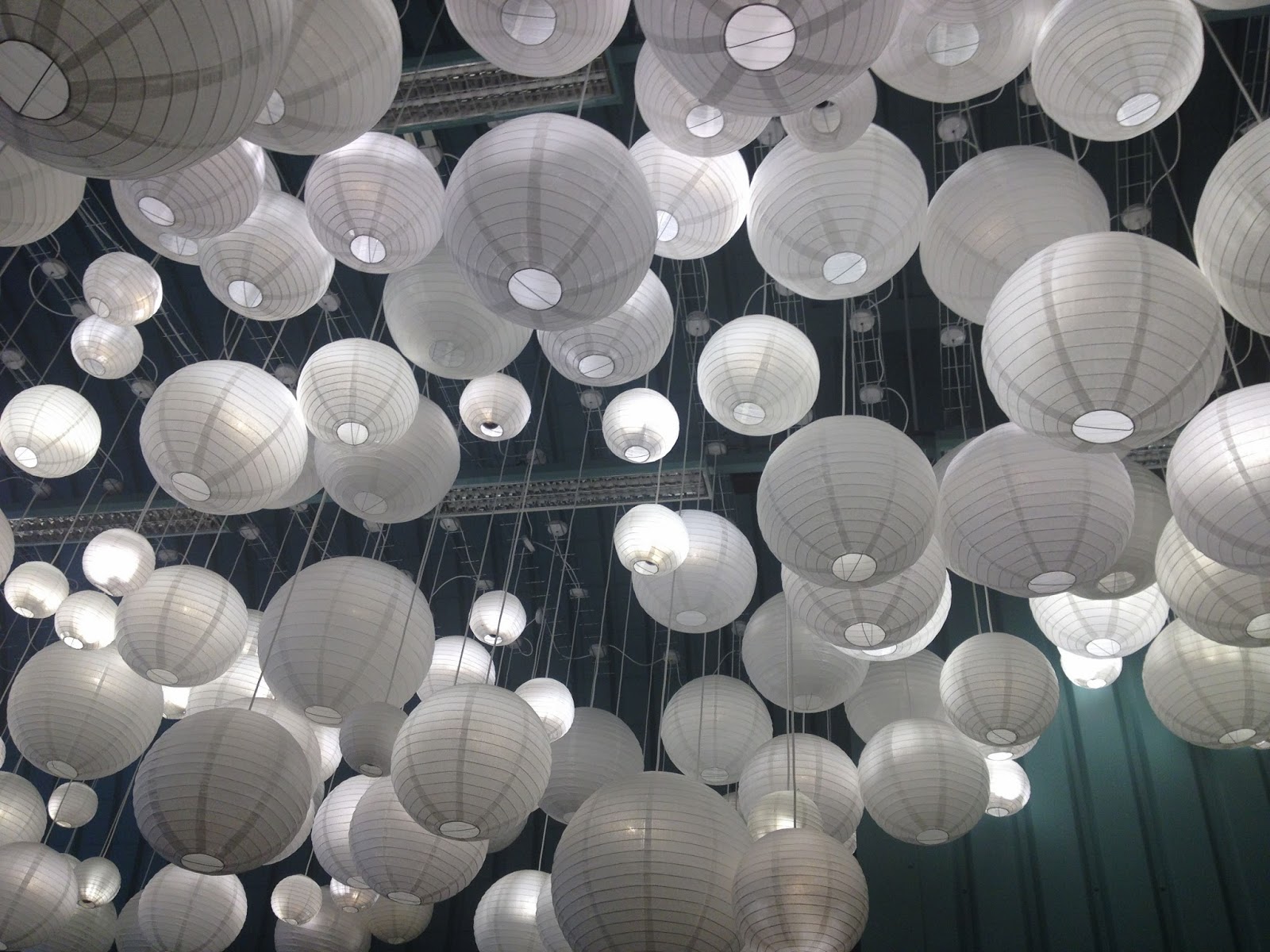 It calls itself a pizza kitchen, but it also has the wildest interior. You should go there just to see the “garden”, a wall of herbs growing in sealed metal cylinders under a balloon sky of paper lanterns, like the ones people bought in the 1970s to go with Greek Flokati rugs. There were scores of them glowing in the ceiling space of this railway arch under the East Coast line, close to Newcastle’s Central station, next to Couley’s tattoo studio.

The walls are steel, painted shaker blue, the concrete floors are polished, and a curiosity shop of bric-a-brac has been emptied into it, including antique mirrors and a horse on roller skates. It has reclaimed teak and smart beige vinyl banquettes, high tables with high stools, wine goblet chandeliers and 70s disco music. Mrs Diner told me the sink in the ladies’ loo is a trough. 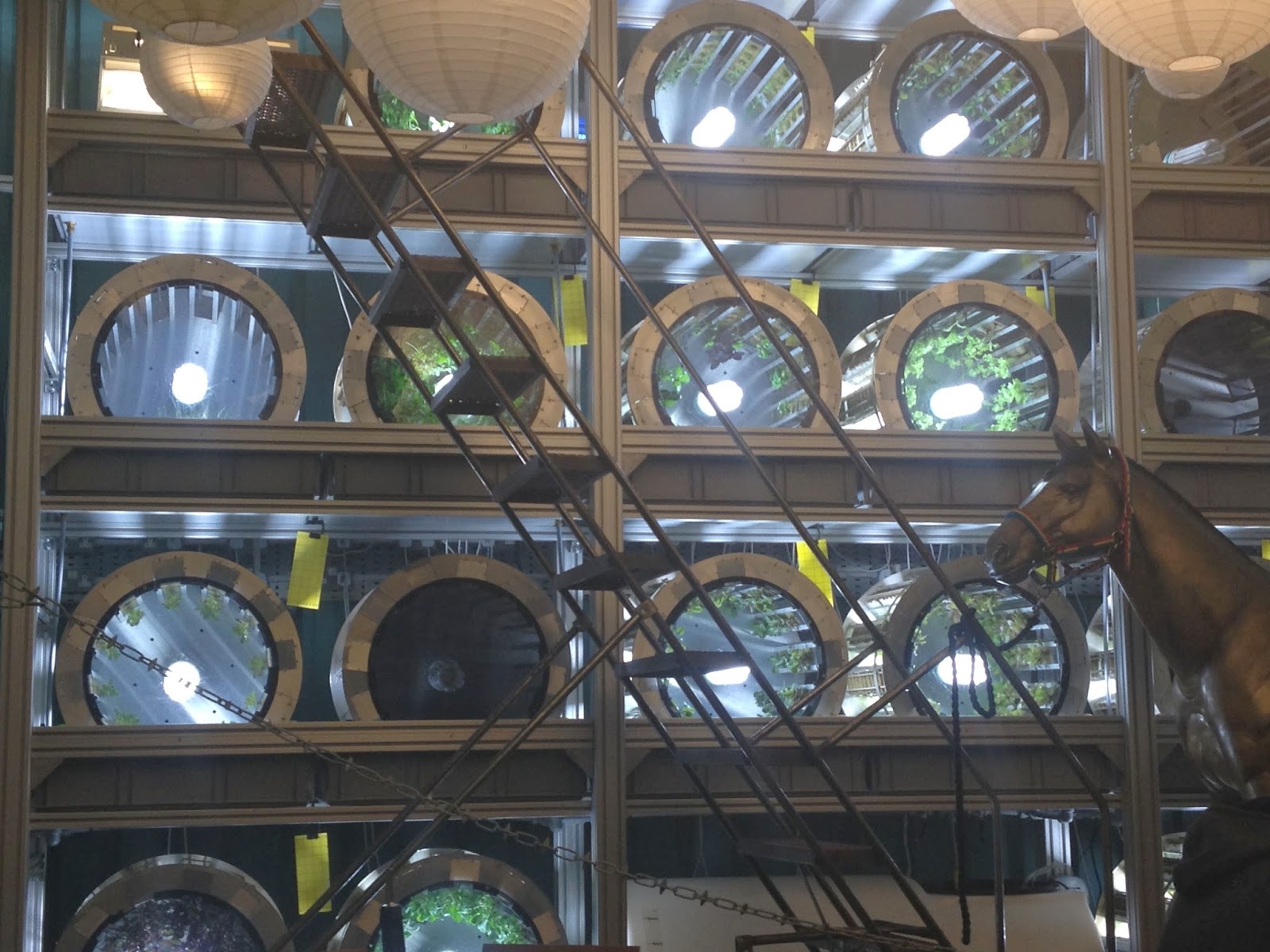 The Herb Garden is quirky, idiosyncratic and different. But what of the food? I assumed it would be a herb-fest.  We could see the little green shoots shooting out of their containers up the wall. These little barrels of light and water are a new system of hydroponics, pods of soil-free growth, and the main point of this venture.

Richard Marks and Ryan Darrington have a company called Clean Growing Ltd. They’re hoping their pods can produce pest and dirt-free salads for the restaurant industry, and it looks like The Herb Garden is their Newcastle experiment.

In the window are two large pizza ovens, big versions of those domed things with chimneys you can buy for your garden. The pizzas on the menu have numbers, not names. We chose number 8: a red pizza with garlic, olives, capers, anchovies, basil and parsley. We were also seduced by the blackboard specials: ‘Super Sexy Super Healthy Superfood Salad’ (that definitely didn’t have my name on it), a ‘Big Buff Burger’ (more like it), and ‘The Herb Garden’s Chilli con Carne’, with coriander rice and freshly cooked nachos (how could I resist?). 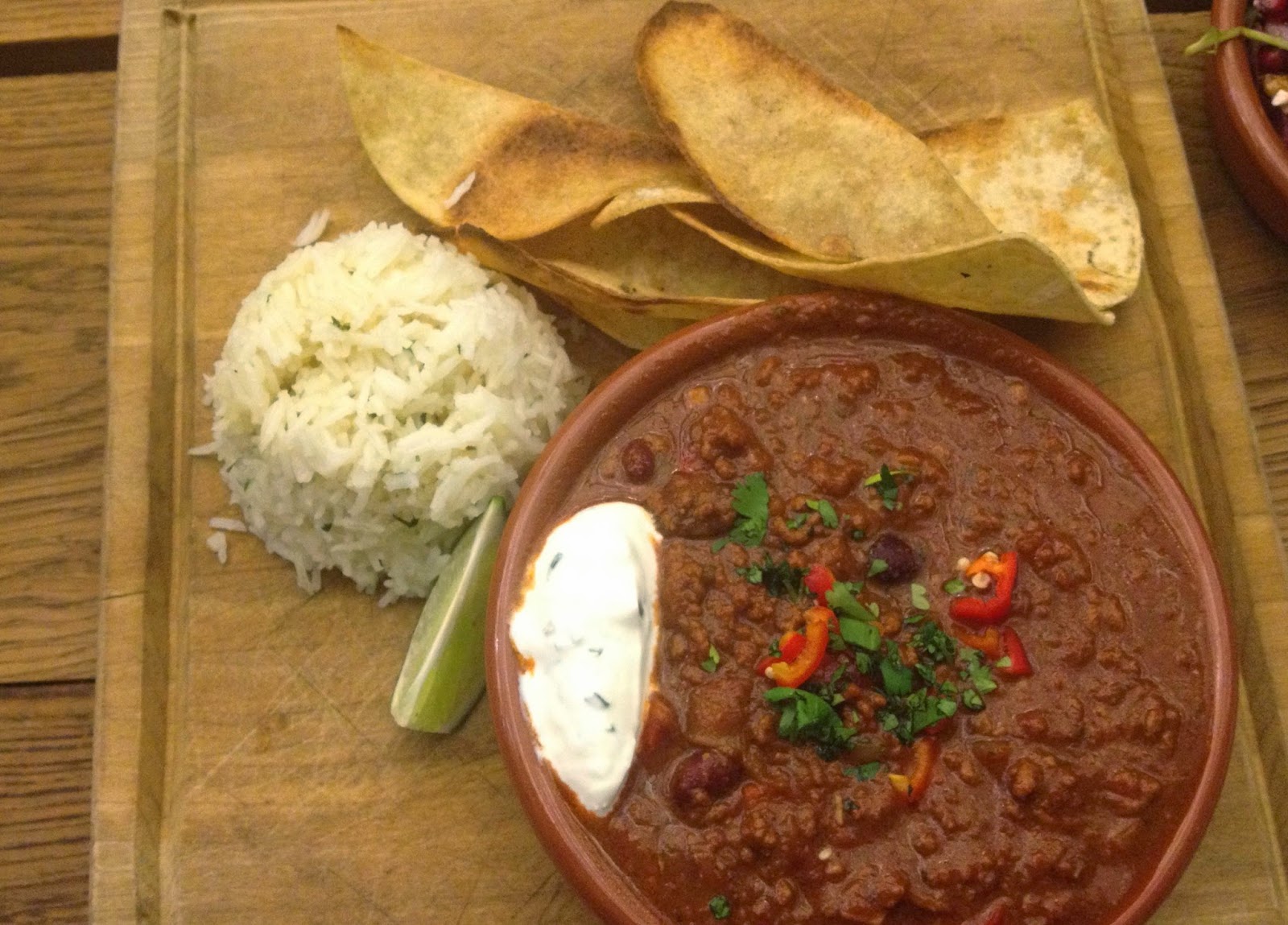 We ordered a side of beetroot, feta and pomegranate salad with finely sliced red onions and also some home-made hummus with rustic bread. Sadly, the salad had got itself dressed too early in the day, and was now rather soggy, with raw walnuts. Soft too were the otherwise inviting and tasty nachos. That was a shame, because the chilli was very good indeed, with fresh pieces of red pepper, coriander and sour cream. But the rice was salty, as if it had been cooked with a stock cube.

The rustic bread, dotted with beetroot, was dry and dull. Like the walnuts, it could have done with a little toasting.

However the real test of this place had to be the pizza. Up to now I have asserted that there is only one decent pizzeria in the North East: Cal’s Own. I salivate at the thought Cal’s perfect crust, his amazing toppings, oozing with cheeses, garlic and truffle oil and plentiful fresh herbs, or spiced up with ‘Nduja. Could The Herb Garden come anywhere close? In a word, no. 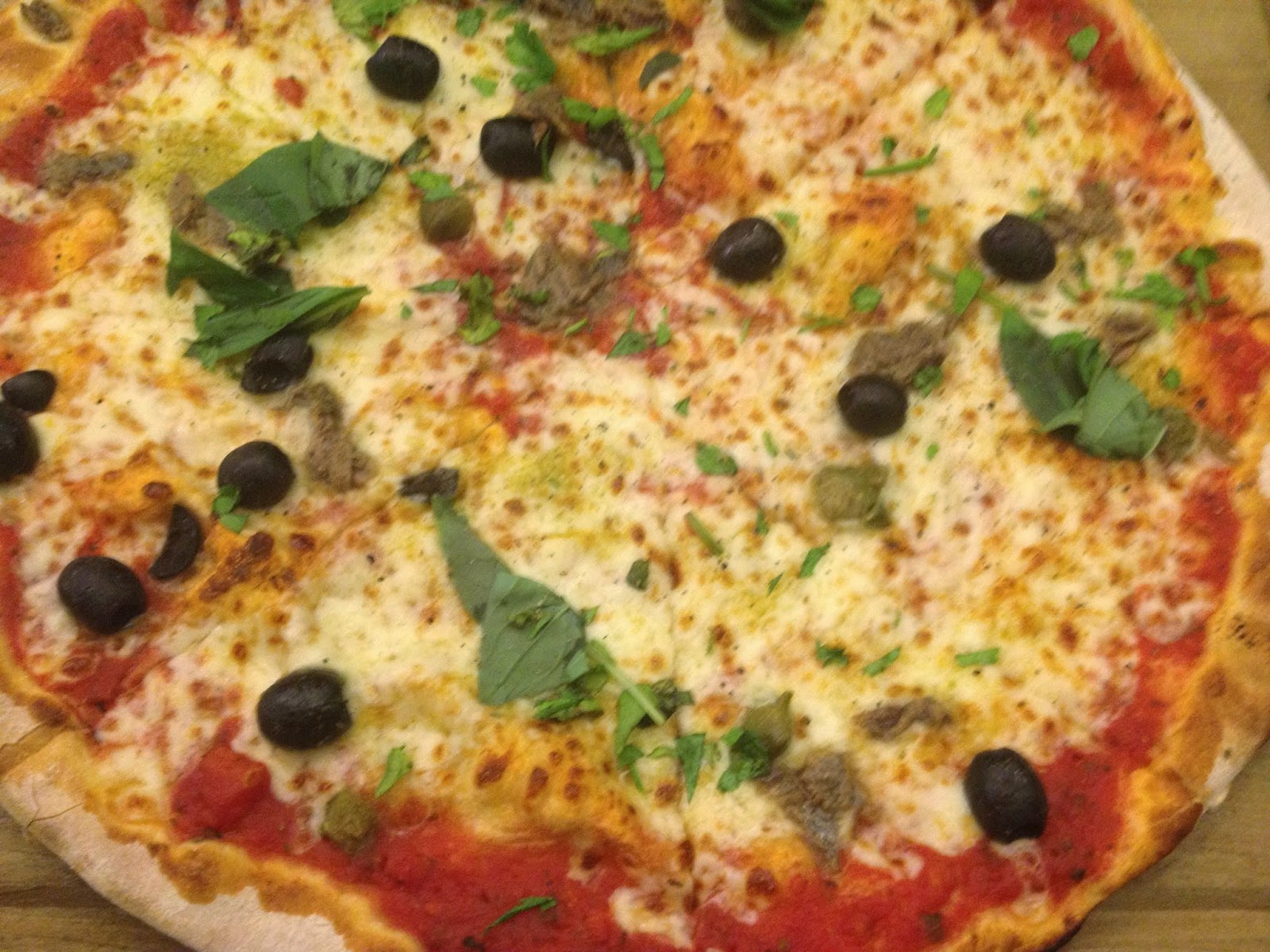 This crust was pallid, flaccid, undercooked, its toppings mean and poor. Where were the ingredients? More importantly, where were the herbs?

The cheese and tomato were fine, but on top sat a few tiny pieces of anchovy, some blobs of crushed garlic, some poor quality black olives and a meagre scattering of basil and chopped parsley – this was so underwhelming, no amount of interior design could have saved it.

The lack of herbs disappointed me the most. Above our head they could have been growing little shards of wonder – chervil, amaranth, mustard greens, sorrel, the sort of soft shoots the local grower Ken Holland supplies to every good restaurant in town – yet we end up with a few torn basil leaves and slivers of parsley. What a wasted opportunity. It was as if the "herb garden" was just a gimmick, rather than a real attempt to bring fresh quality shoots to the city.

Service was enthusiastic, and the wine list was small but well formed: we had good Sicilian red and white by the glass, and water served in appropriately funky retro bottles. 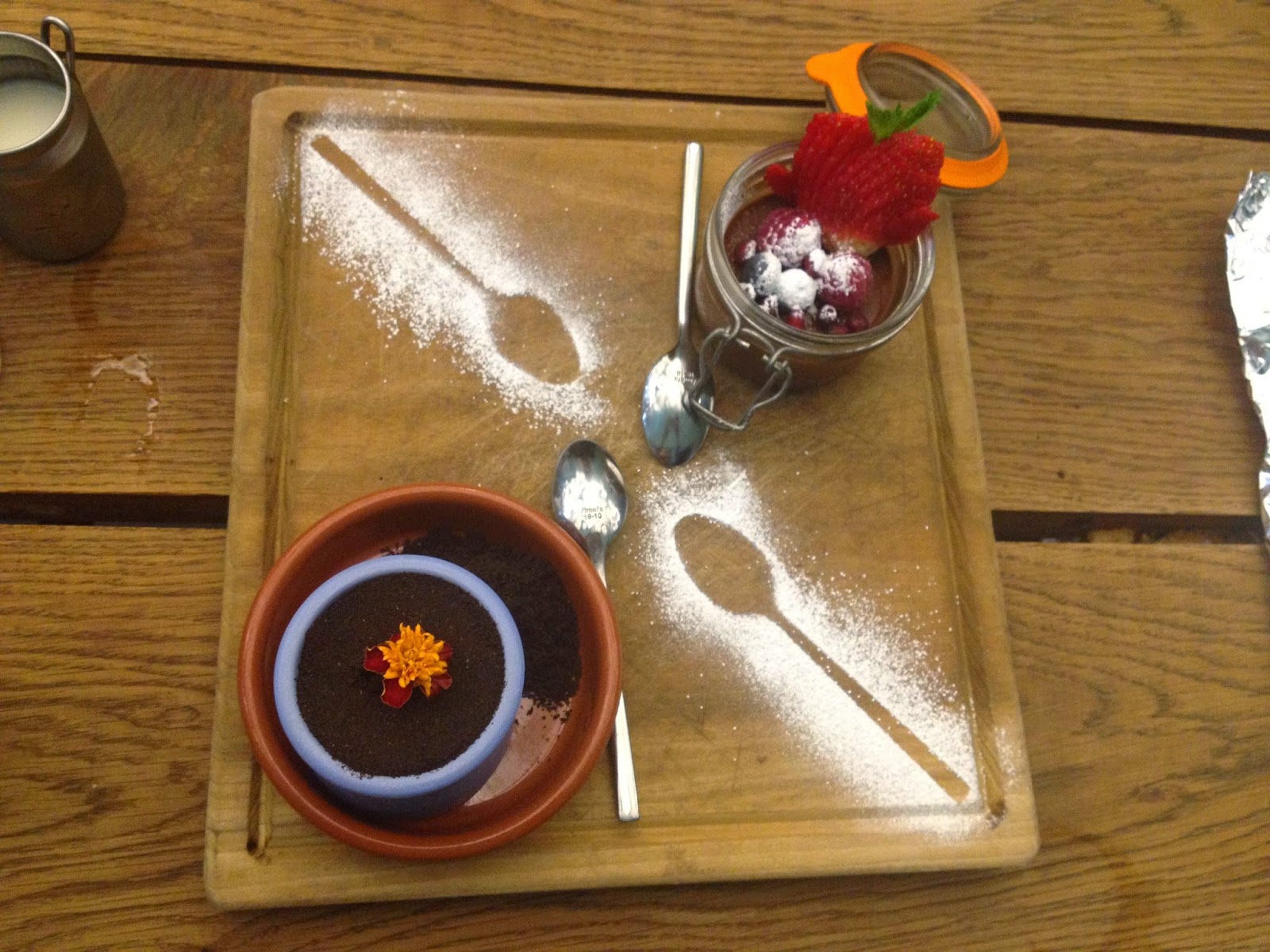 We closed our meal with a cute pot of excellent tiramisu, decorated with edible flowers and Oreos crushed to look like soil, alongside an equally elegant chocolate pot.

They were both delicious, but sadly, this place calls itself a pizza kitchen, so my verdict is based on the pizza, not the puds. Cal, your crown is safe.