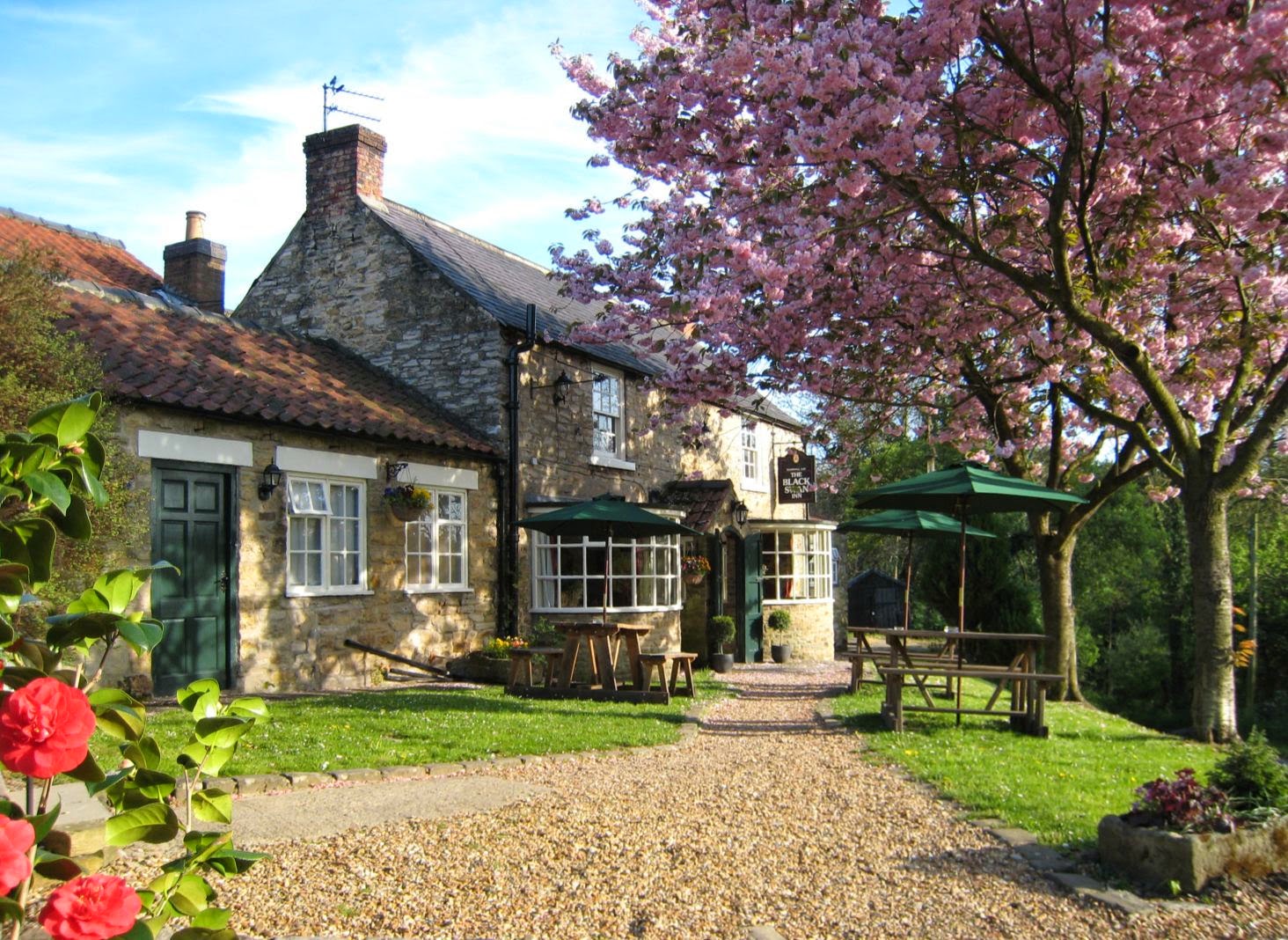 The story of how The Black Swan got its Michelin star is a sweet tale about a nice Northern family who bought a pub.

Anne and Tom Banks used to run a smart B&B at their farm in a tiny North Yorkshire village, so off the beaten track that to find it you’d need to borrow a compass from the hikers in this remote part of the North York Moors National Park. Their nearest beaten track, by the way, is the A19 near Thirsk, which makes this place perfectly accessible from Newcastle and close to those in the south of our region.


In 2006 Anne, Tom and their two sons James and Tommy, decided to buy the local pub. They made 4 beautiful rooms and hired a decent pub chef to cook simple food; James worked out front and Tommy, who was then 17, was set to work in the kitchen.

However in this part of North Yorkshire decent pubs are two a penny. They needed something to put remote Oldstead on the map. 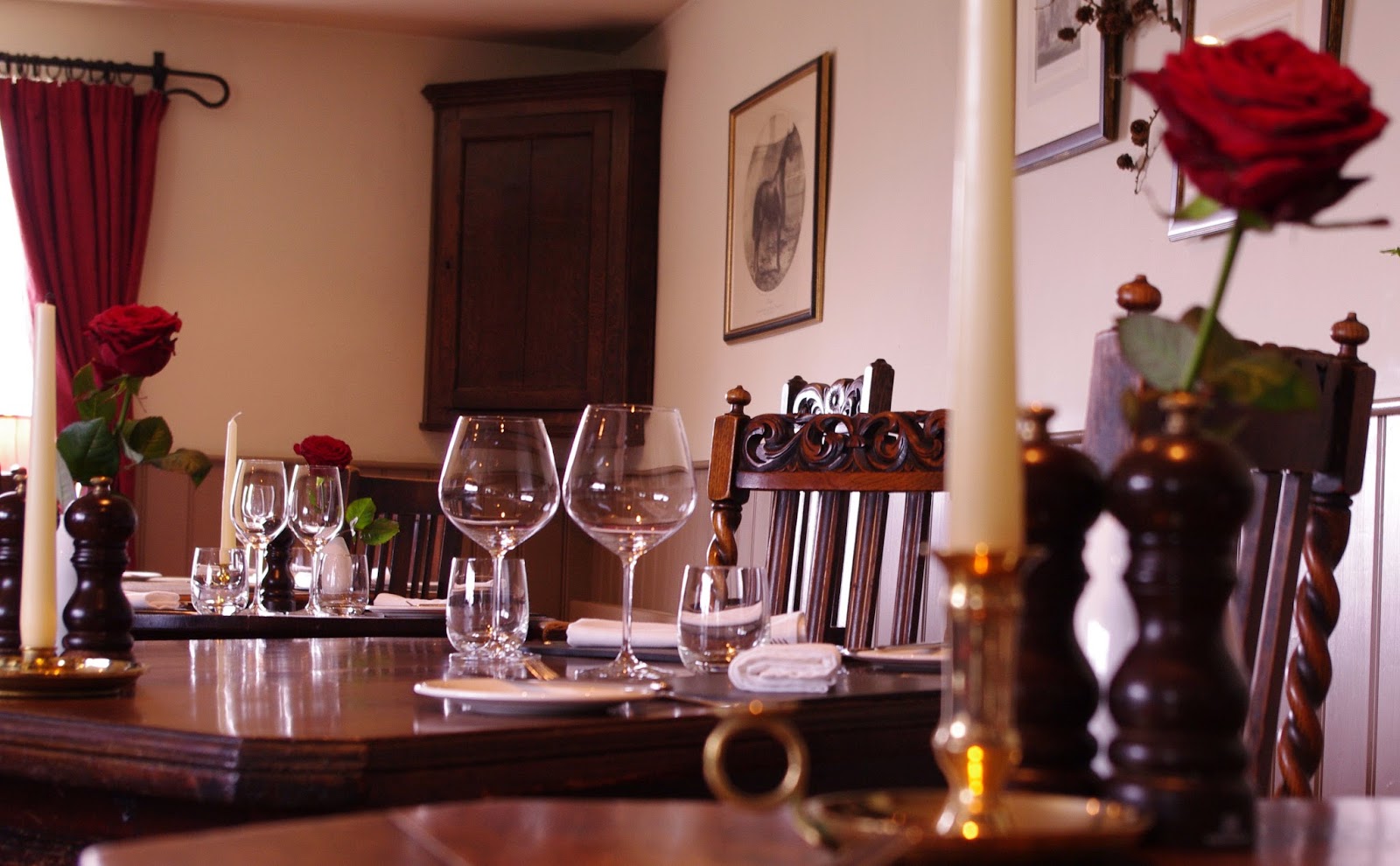 So they brought in a really good chef with ambition called Adam Jackson and, with young Tommy learning the trade alongside a talented kitchen team, the food was transformed until, in 2011, they were rewarded with three AA rosettes and a Michelin star. Suddenly Oldstead wasn’t just on the map, it was a destination.

The story doesn’t end there, for last year Adam left to set up his own place and, without its star, the family feared The Black Swan would retreat into obscurity. 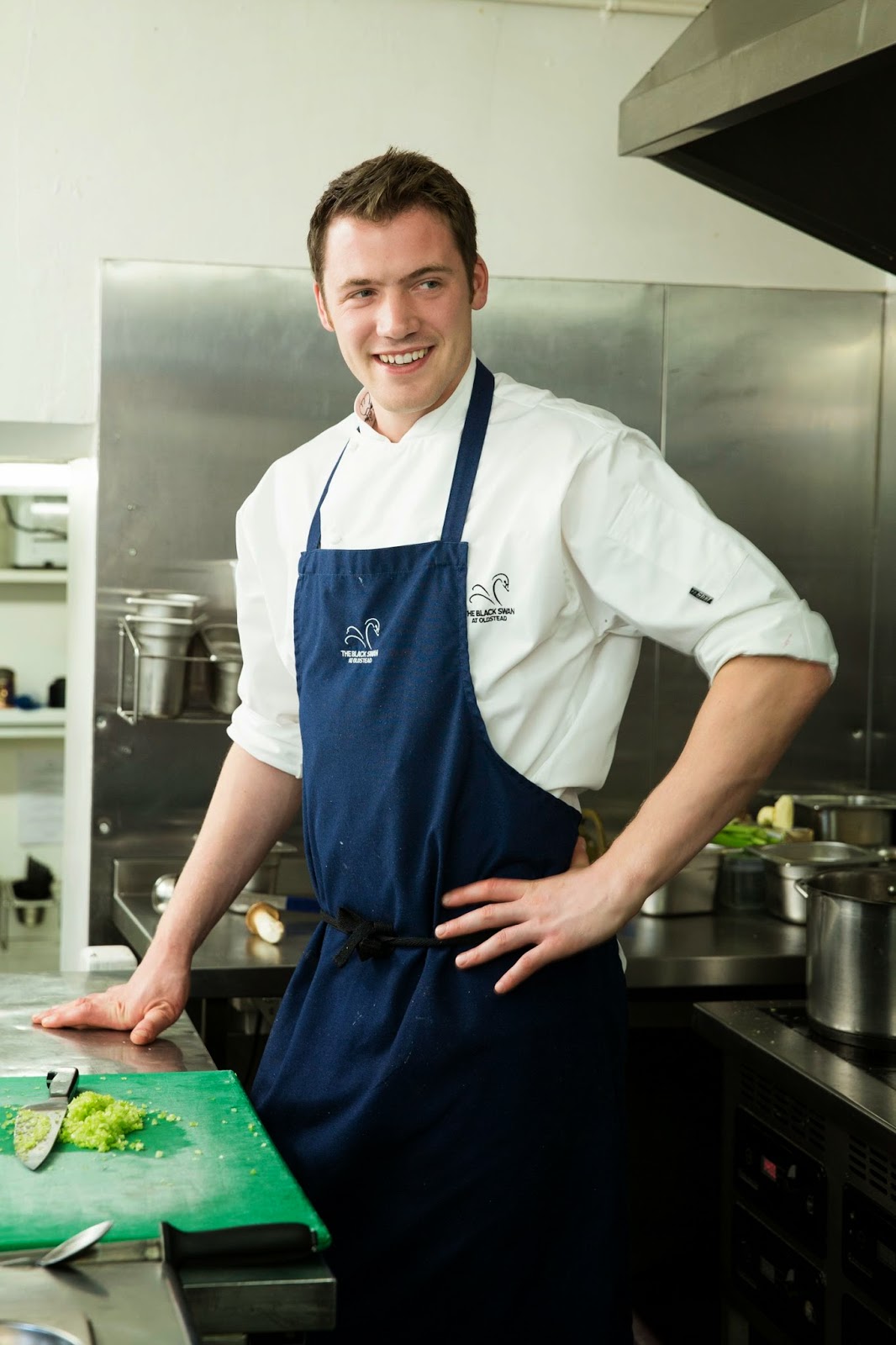 But happily young Tommy had turned into a star himself. He took over from Adam as head chef and, with the loyal brigade, last October they retained the restaurant’s status in the guide. At just 24, Tommy Banks is now (probably) Britain’s youngest Michelin-starred chef.

Whereas Adam Jackson’s cooking was largely Mediterranean and French-influenced, Tommy has already brought a new vision to the table. He wants his food to reflect the North. Which is why I’m particularly excited about it.

To get a sense of his ambition, we chose the lunchtime tasting menu – six courses for £48 (£75 for nine courses in the evening).

A taster of nettle soup with tiny cubes of sourdough fried in bone marrow, laced with milk curd, was followed by an extraordinary dish of venison tartare surrounded by bits of forest. 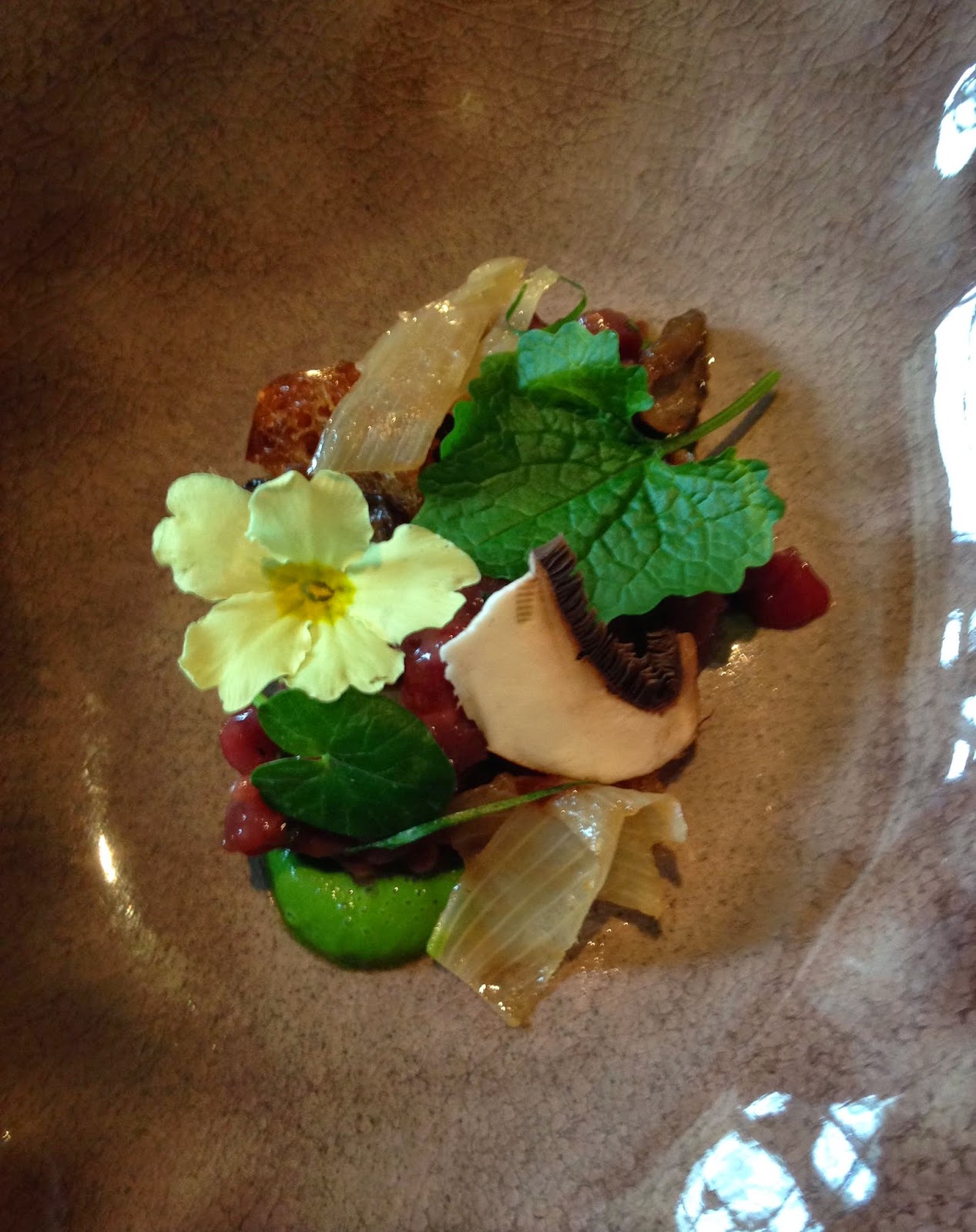 There was mushroom and a wild primrose flower together with wild “Jack by the hedge” leaves, the garlicky alliaria petiolata, foraged straight from the hedgerows around the pub. It was like a dawn walk through an ancient woodland, the clean atmosphere cut with a scent of smoke from the sourdough bread made with local Black Sheep beer instead of water. This bread was so good, I asked for more. 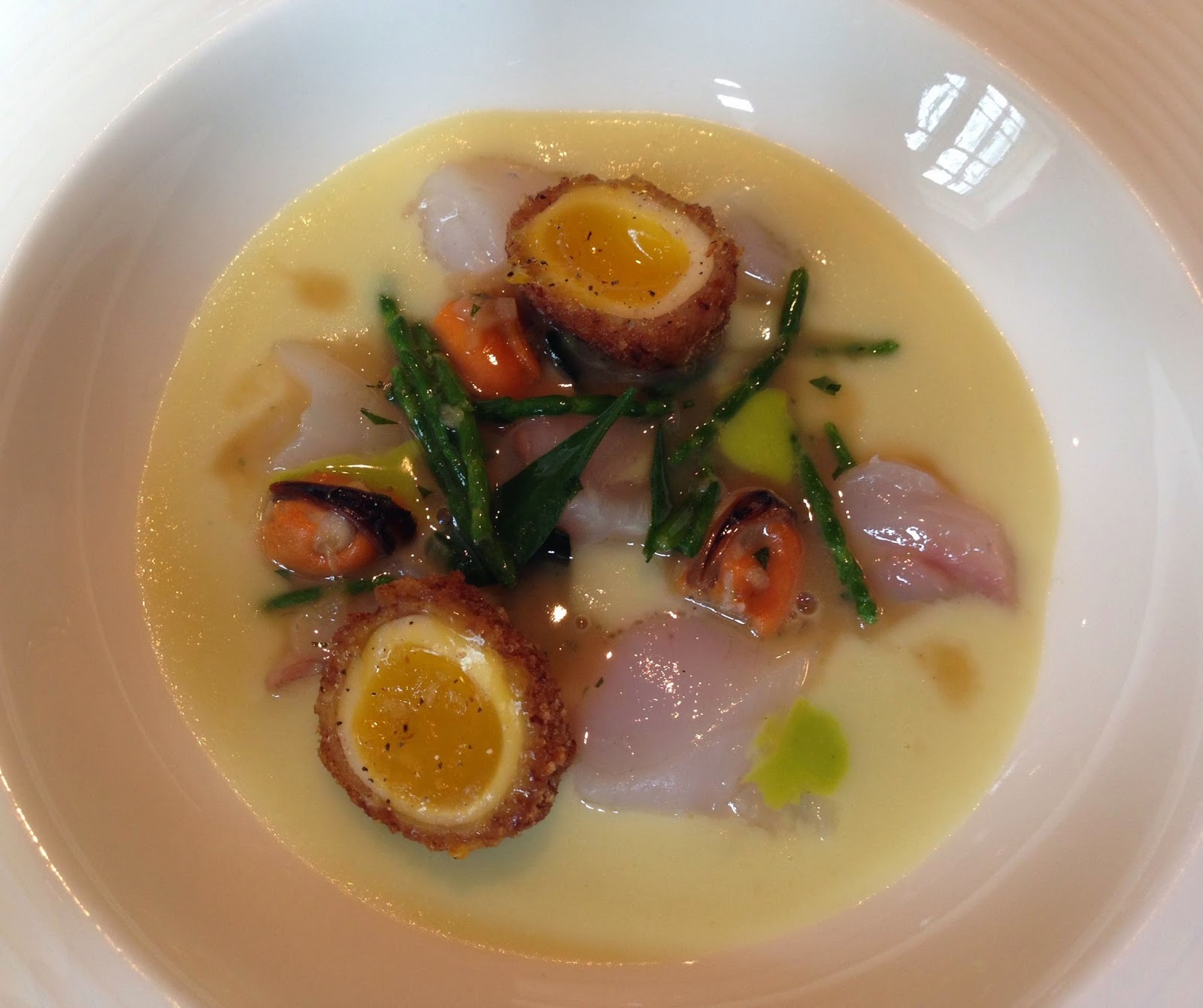 There were many delights on this menu – it’s almost pointless to list them, as it changes frequently. Try to picture pieces of coley poached to smoothness in clarified butter, swimming with mussels in a leek and potato broth, below soft quail eggs wrapped in crispy breadcrumbs, like tiny scotch eggs, and dobs of parsley emulsion. Or, instead, simply imagine the traditional fish pie that inspired this dish. 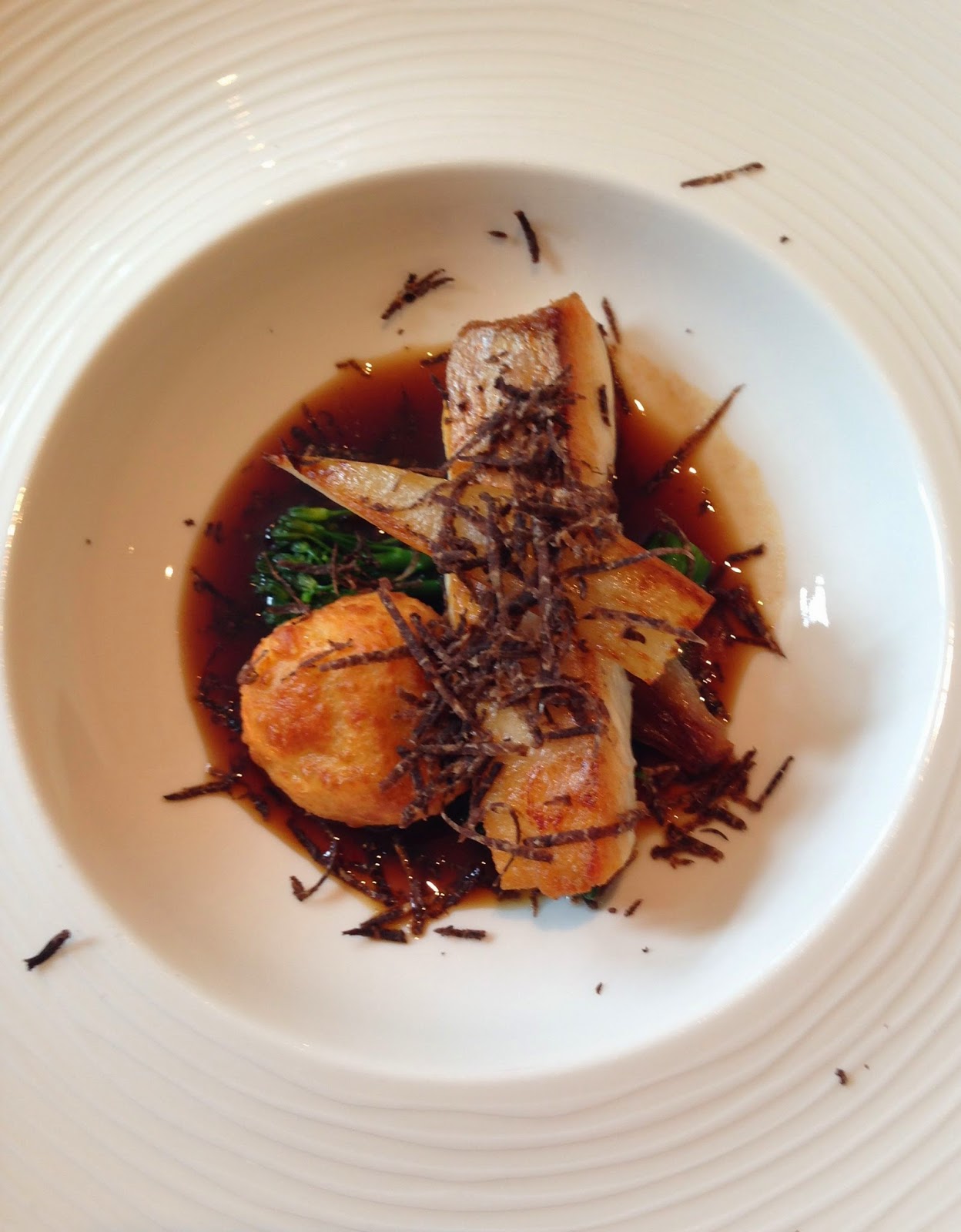 Halibut sat roasted with salsify on the richest roast onion jus, made with long-reduced veal stock and Madeira, with shredded Tuscan winter truffle and a cheese and potato dumpling. 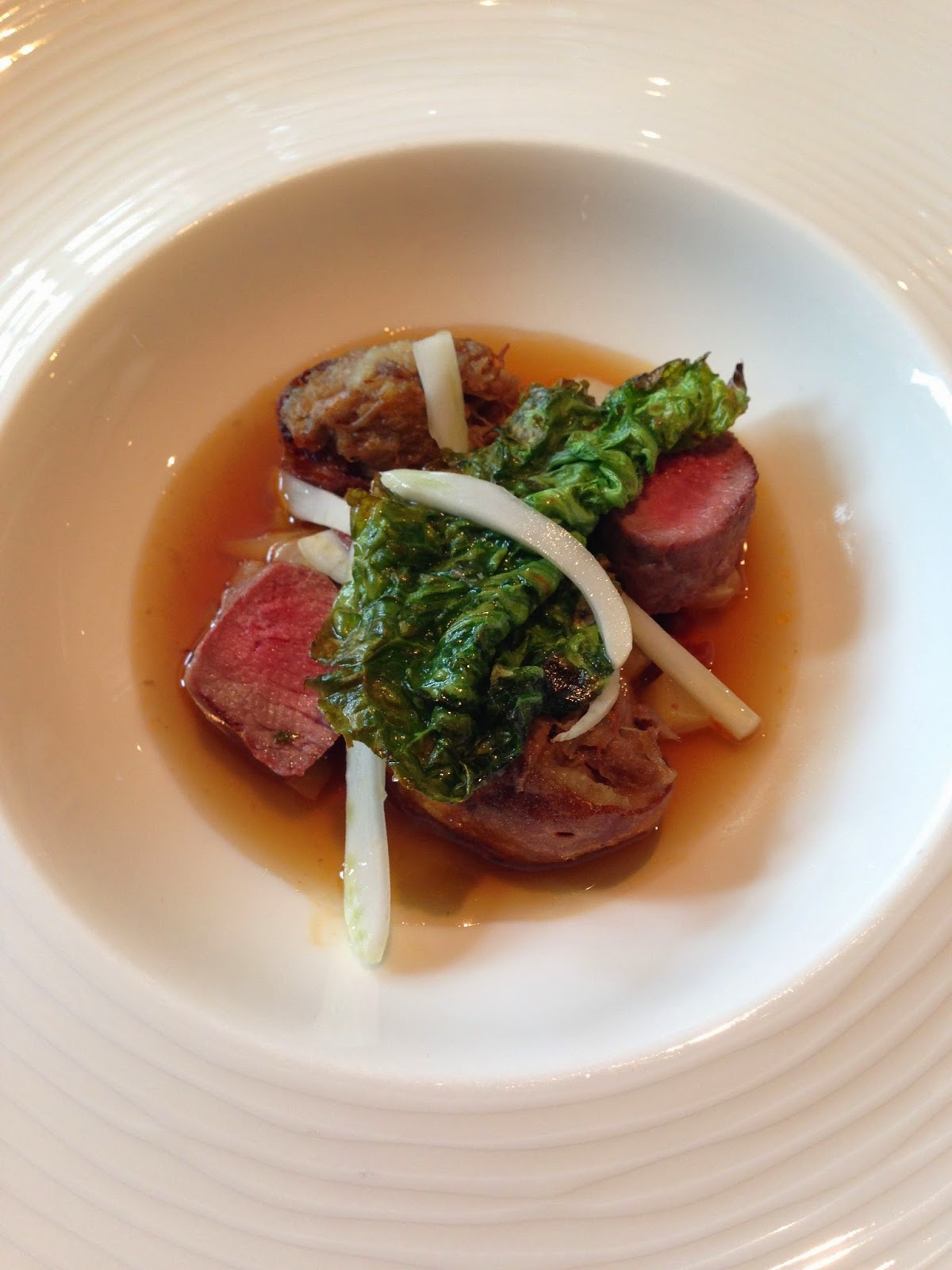 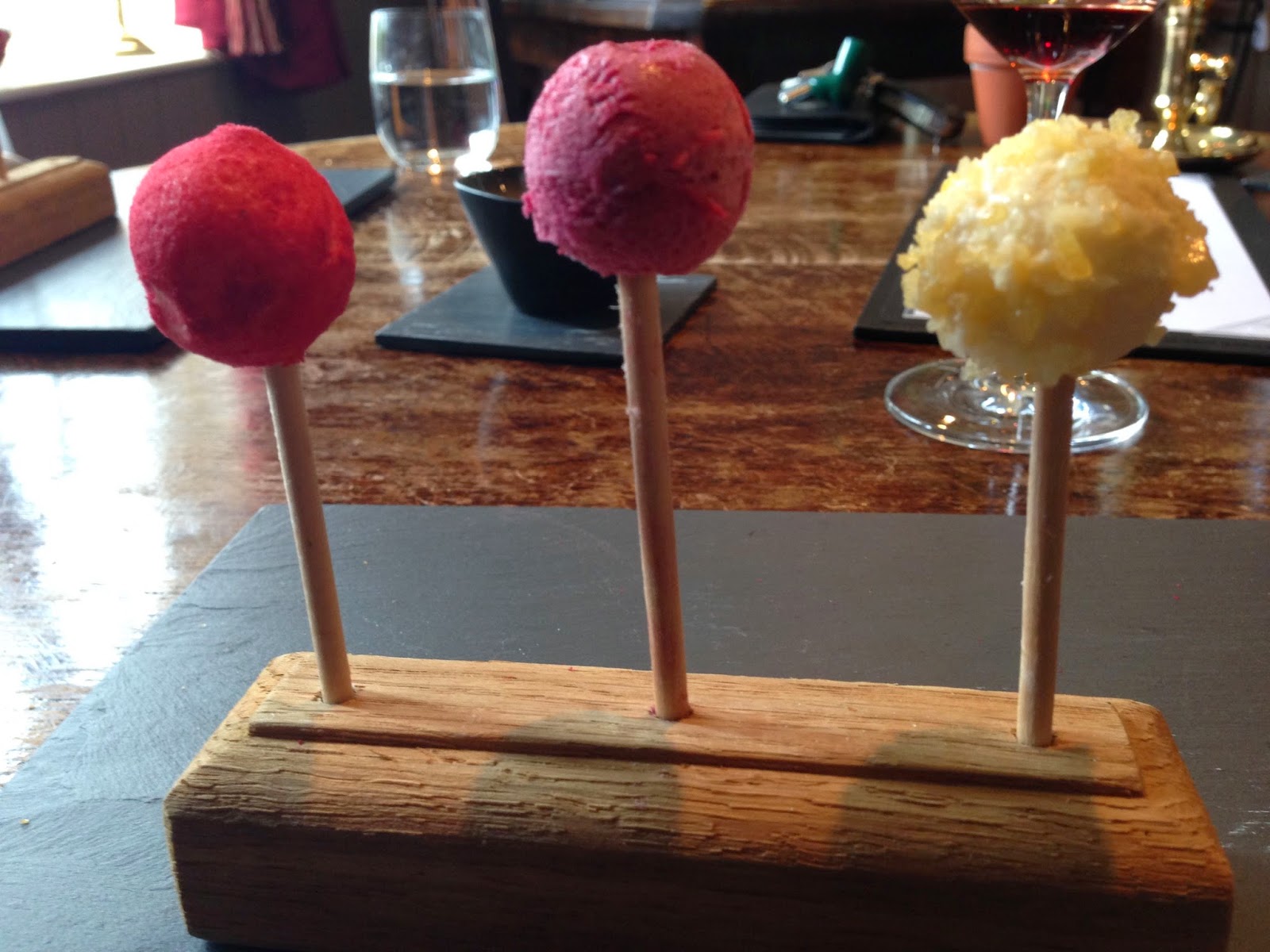 And finally, the desserts: carrot cake with candied walnut preceded by three lollipops on sticks – tonka bean ice cream wrapped in dehydrated raspberry, blackcurrant which you dipped in sherbet spiked with liquorice, and the double surprise of sharp yuzu fruit with popping candy. 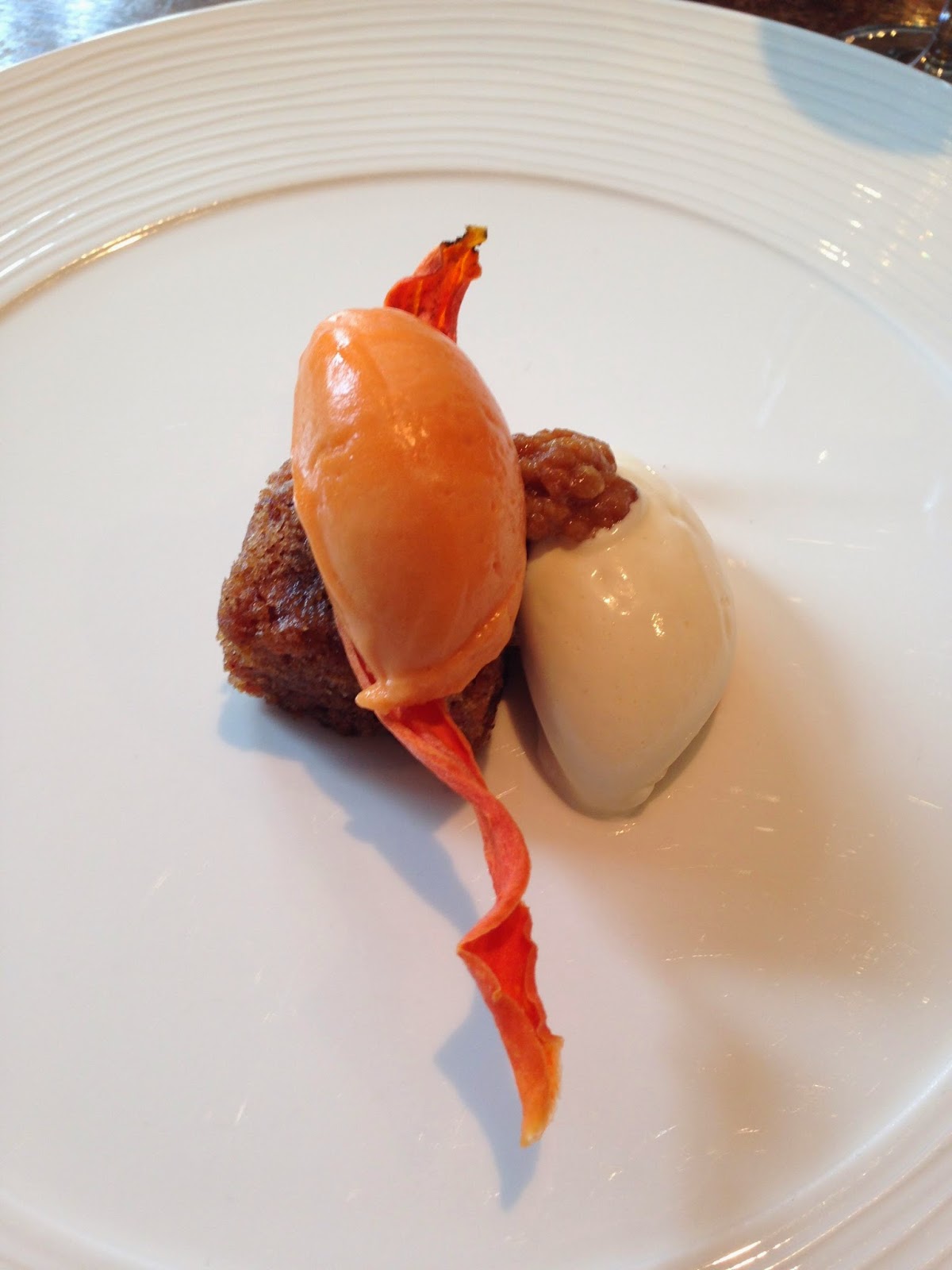 This is classic cooking with a Northern accent: not just local ingredients, but witty dishes inspired by regional tradition. My niggles were so slight as to scarcely warrant a mention: braised lamb a tad too salty, the carrot cake perhaps a rather underwhelming for a finale. 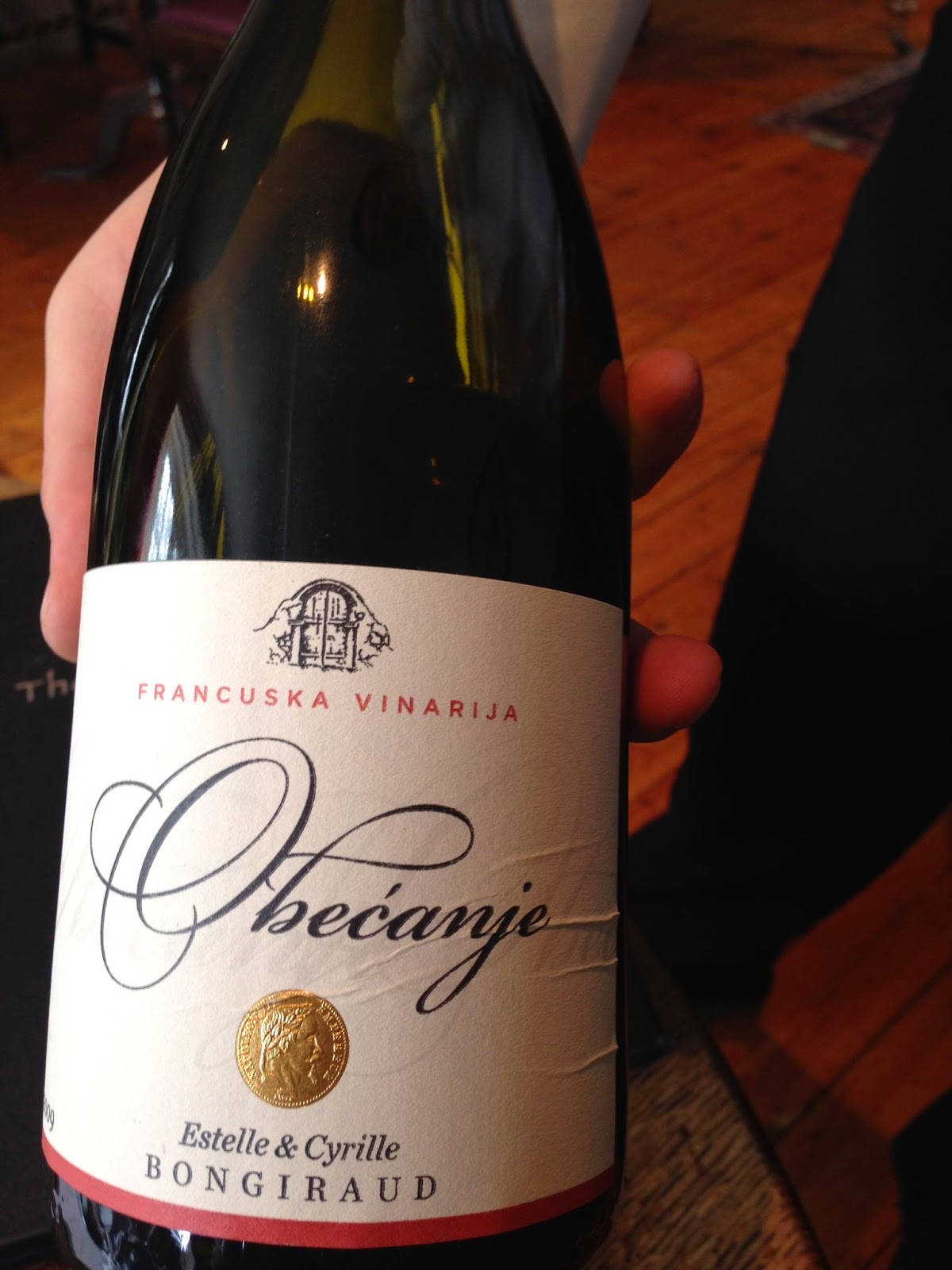 There’s an intelligent and reasonably priced wine list, with several unusual varieties by the glass, from Serbian Gamay (I found the 2009 too unstable now) to Matošević’s dry Alba Malvasia from Croatia.

The front of house is immaculately run by James, who is charming and informative. This is a real family business with very special food that must be tried. For those at the northern end of the A19, I suggest you book a room and stay the night.