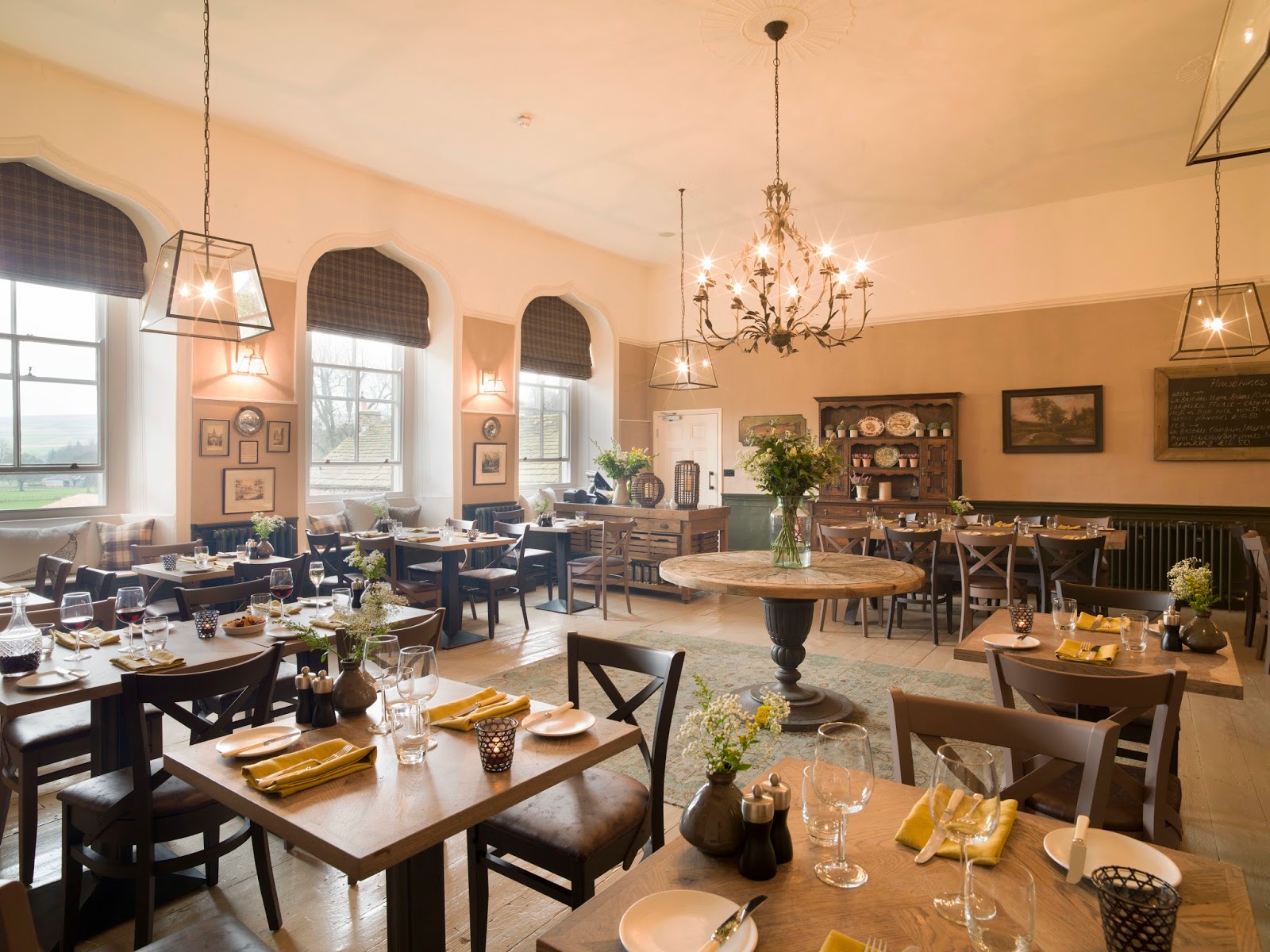 To simply describe Blanchland as attractive is doing it a disservice. 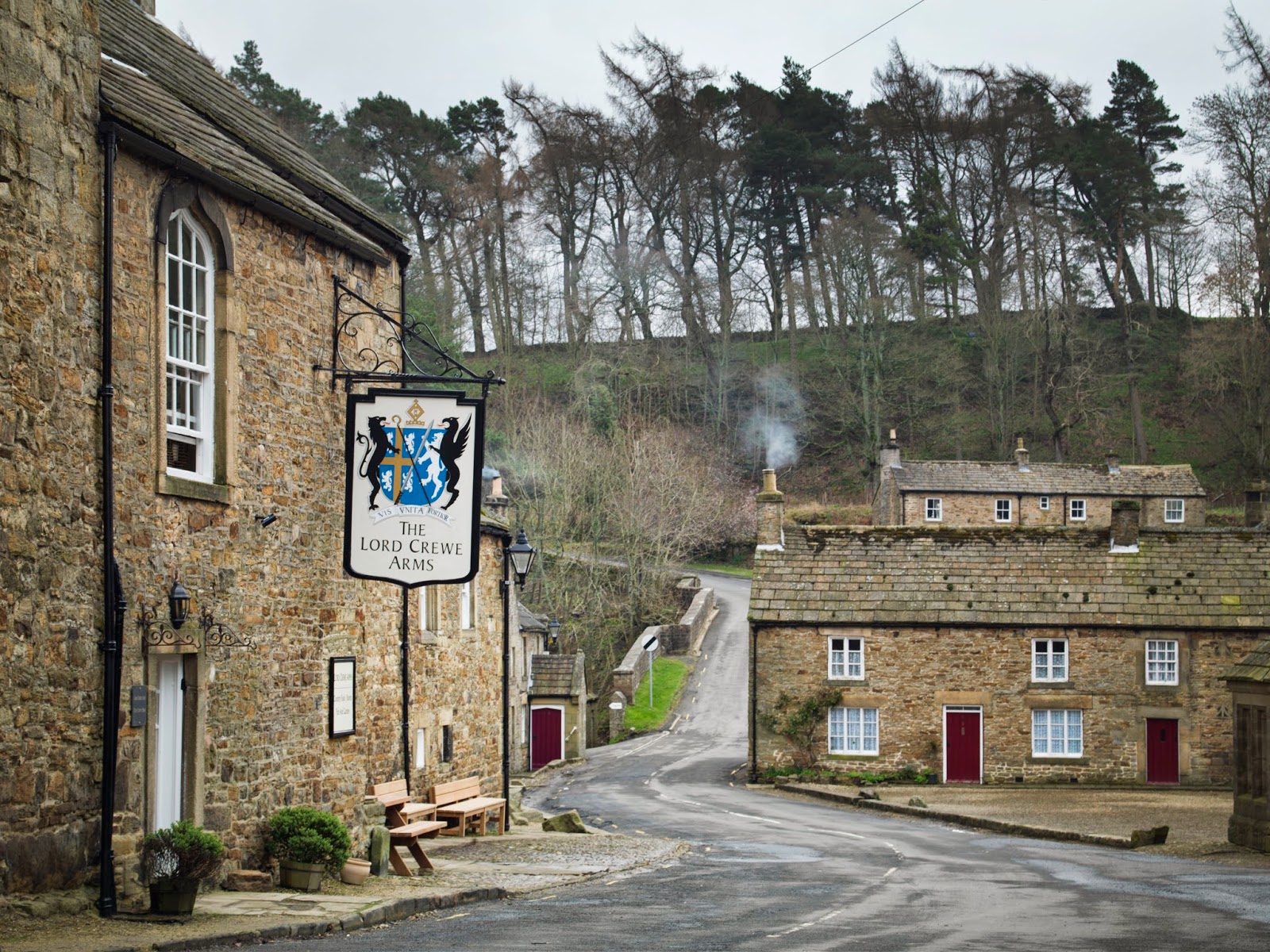 Right on the border between Northumberland and Durham, it is a stunning model village built from the stone of a medieval priory.  It's nestling in a landscape so remote you think your satnav must have gone mad. Americans have been known to swoon at its beauty.

All it ever needed was a decent restaurant to go with it. Now it has one.
For once I’m starting with the verdict – I highly recommend this newly restored Lord Crewe Arms.

It used to be a country pub with ordinary food – fine for a Sunday lunch at the end of a moorland walk, but not really known for its dining. The company running it went into administration, so the landlord, the Lord Crewe’s Charity, which funds education for children of North East clerics (amongst other things), and which owns several bits of Northumberland, including the crazy golf course at Seahouses, persuaded the owners of Calcot Manor to take it on.

The Calcot people have brought in Simon Hicks, who was head chef at Mark Hix’s place in Soho. Hix, former head chef at the Caprice Group, has tapped the food pulse of London with his simple renditions of old-fashioned British fare. Oysters, offal, steak, chicken: that’s Hix at his best, the kind of dishes that would fit a medieval manor house. Which is just as well, because his protégé Simon Hicks has brought that same passion, and several of his former boss’s recipes, to Blanchland.

Hicks is a friendly Australian, who just happened to be living in Corbridge while working in London. Blanchland is a shorter commute. And much prettier.

Mrs Diner and I were accompanied by the Ancient Diner, who last visited here 45 years ago. She pronounced it “not changed a bit”, which must come as a relief to English Heritage. 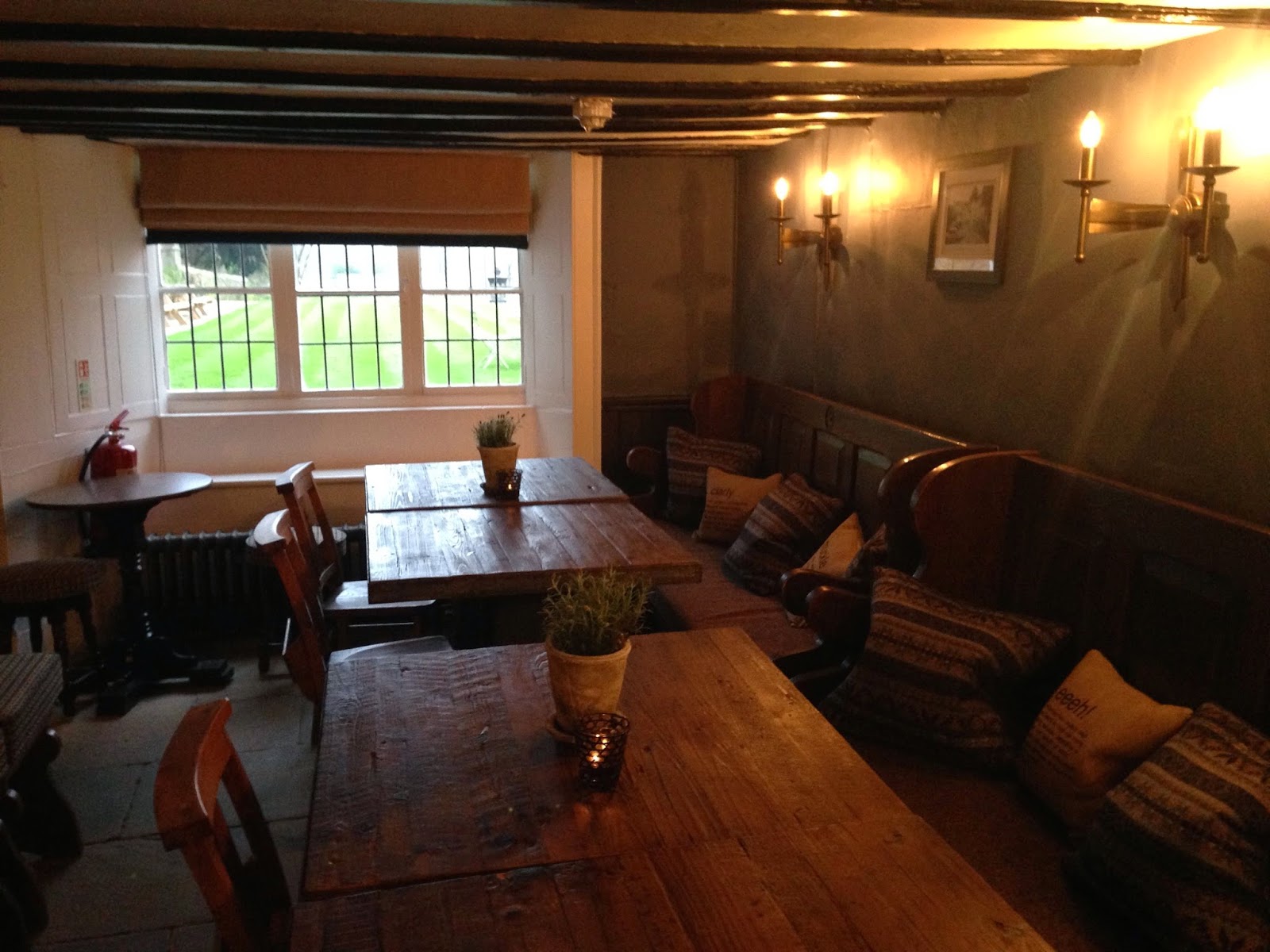 Except that the hotel has changed. For the better. The conversion retains all the hotel’s charming ancient features, including its huge open fireplace, but it’s been redecorated with bold and taupe Fired Earthy colours on wall and floor and has subtle lighting that brings its dark interior alive.

It still has the vaulted bar, where we plied the Ancient Diner with her favourite gin and tonic without the ice: “Never have ice out of your own home – you don’t know where it’s been”. 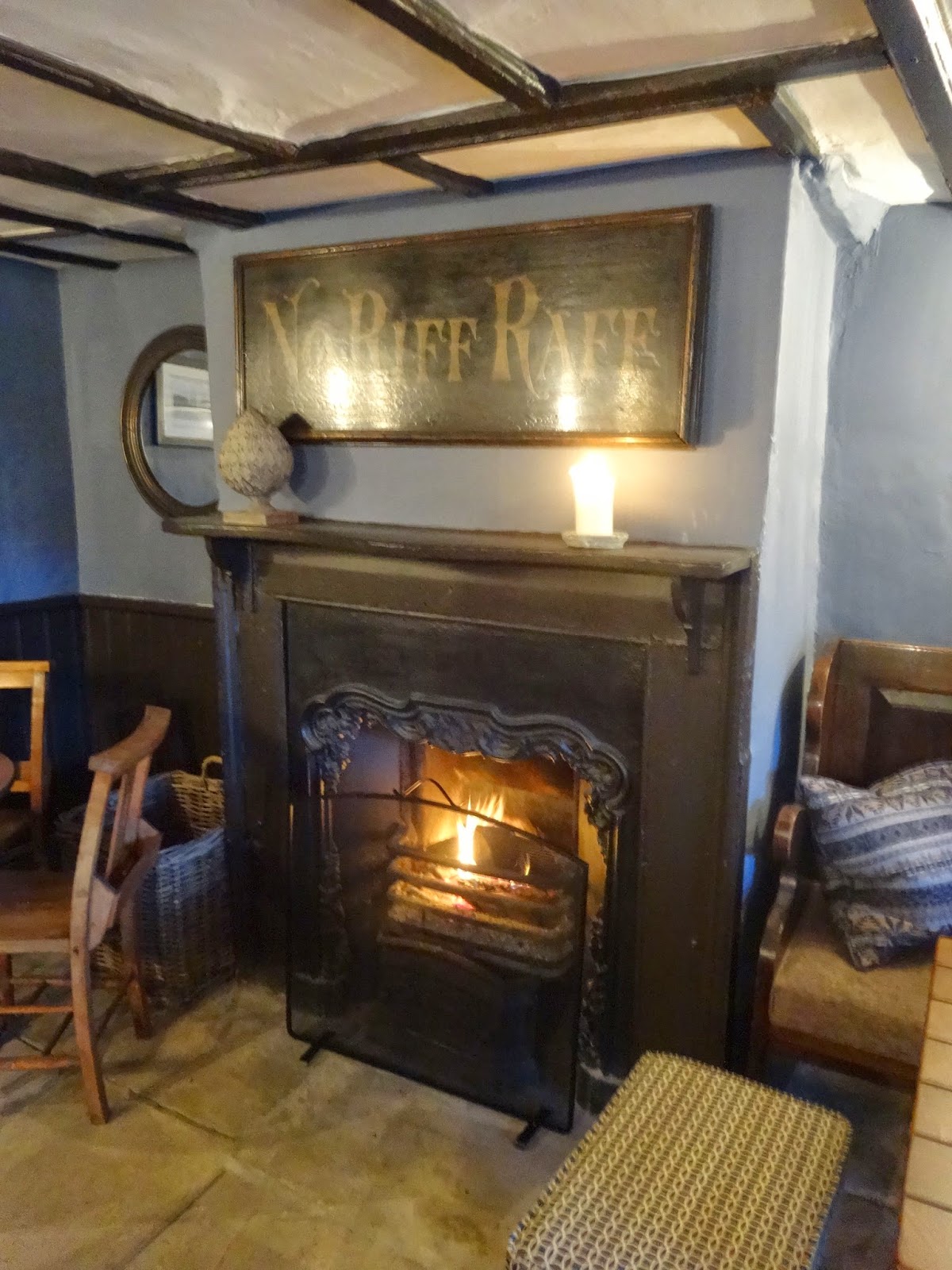 There are bar snacks, and you can also eat from the main menu downstairs. They showed us a private dining room with a preserved garderobe, open to the ground (“I’m not using that – tell me there’s a proper loo!”), as we headed upstairs to the main restaurant, a large space, just a little too open for conviviality.

The tables are placed at the edge of the room round an empty circular table whose primary function might be a breakfast buffet. We were made very welcome by professional staff: “Very friendly girls, and not one of them has a tattoo”. 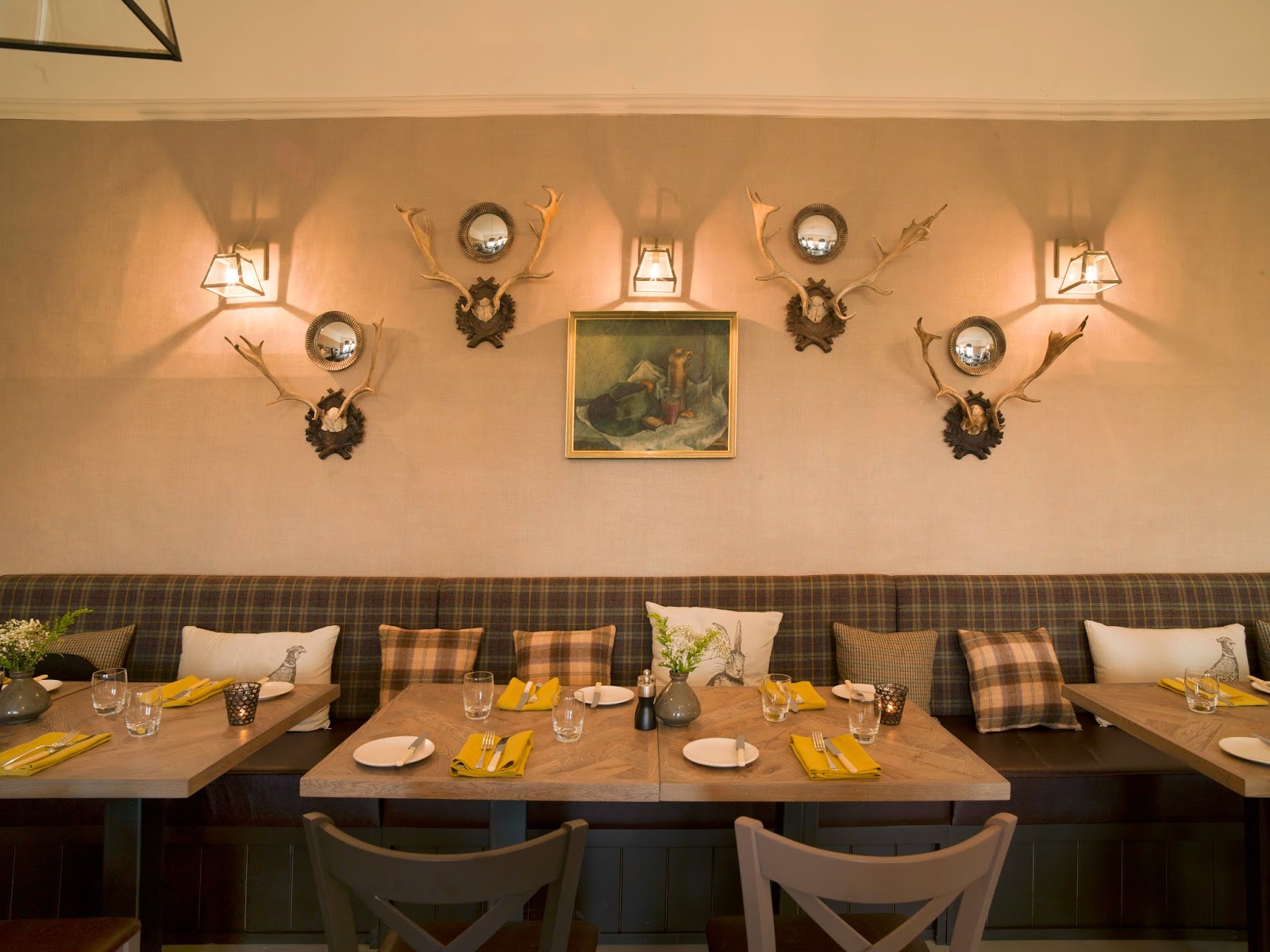 It’s open and light with antlers on linen-clad walls, overlooking the garden where they’ve exposed bits of cloister. There are many luxurious touches: handmade napkins from Borgo Telle Tovaglie in Bologna and, I think, cushions from Corbridge. 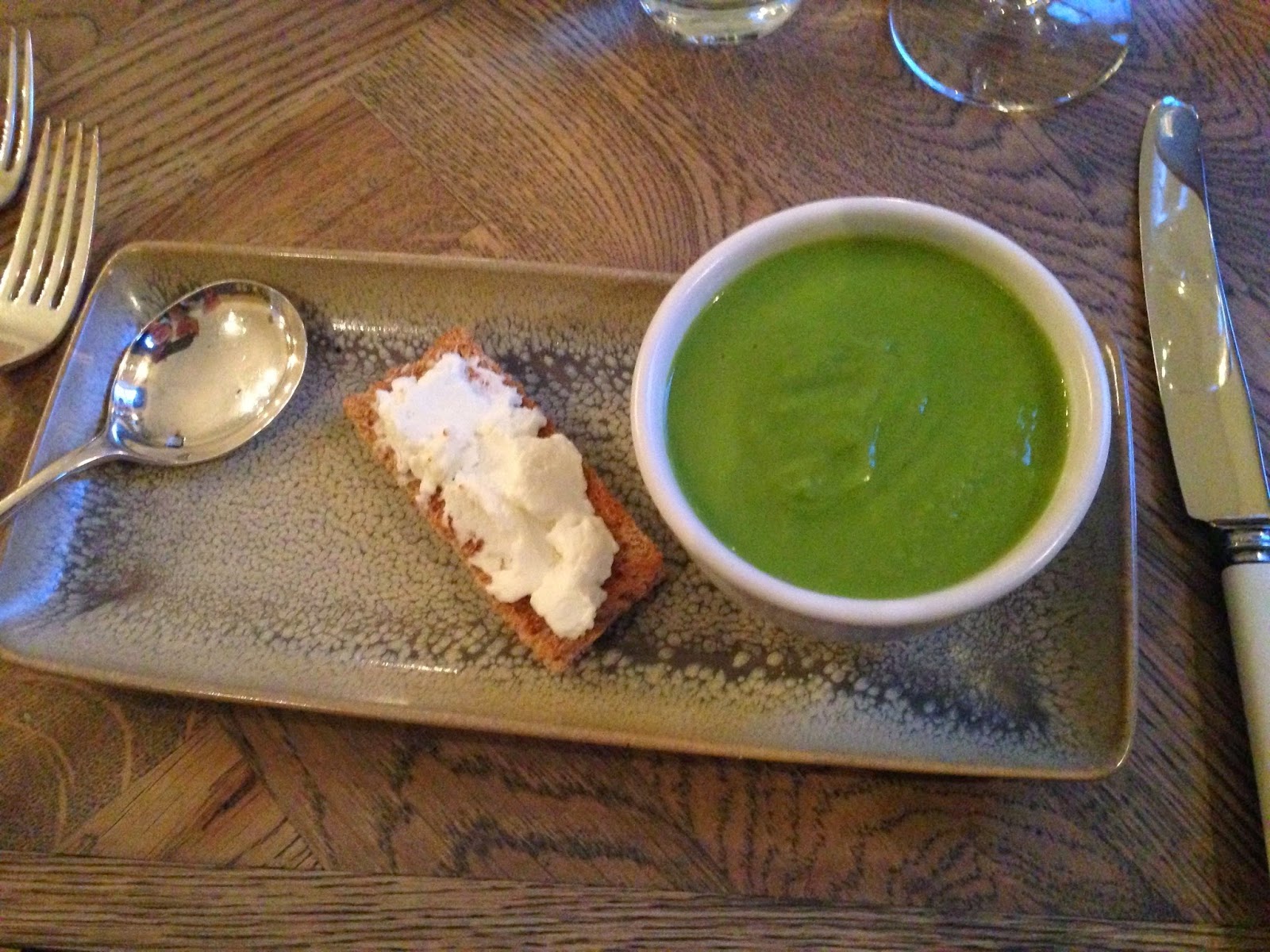 We started with pea soup and goats milk curd on toast. Curd is everywhere right now – this was deliciously cheesy, but the pea soup was gloopy like a purée. 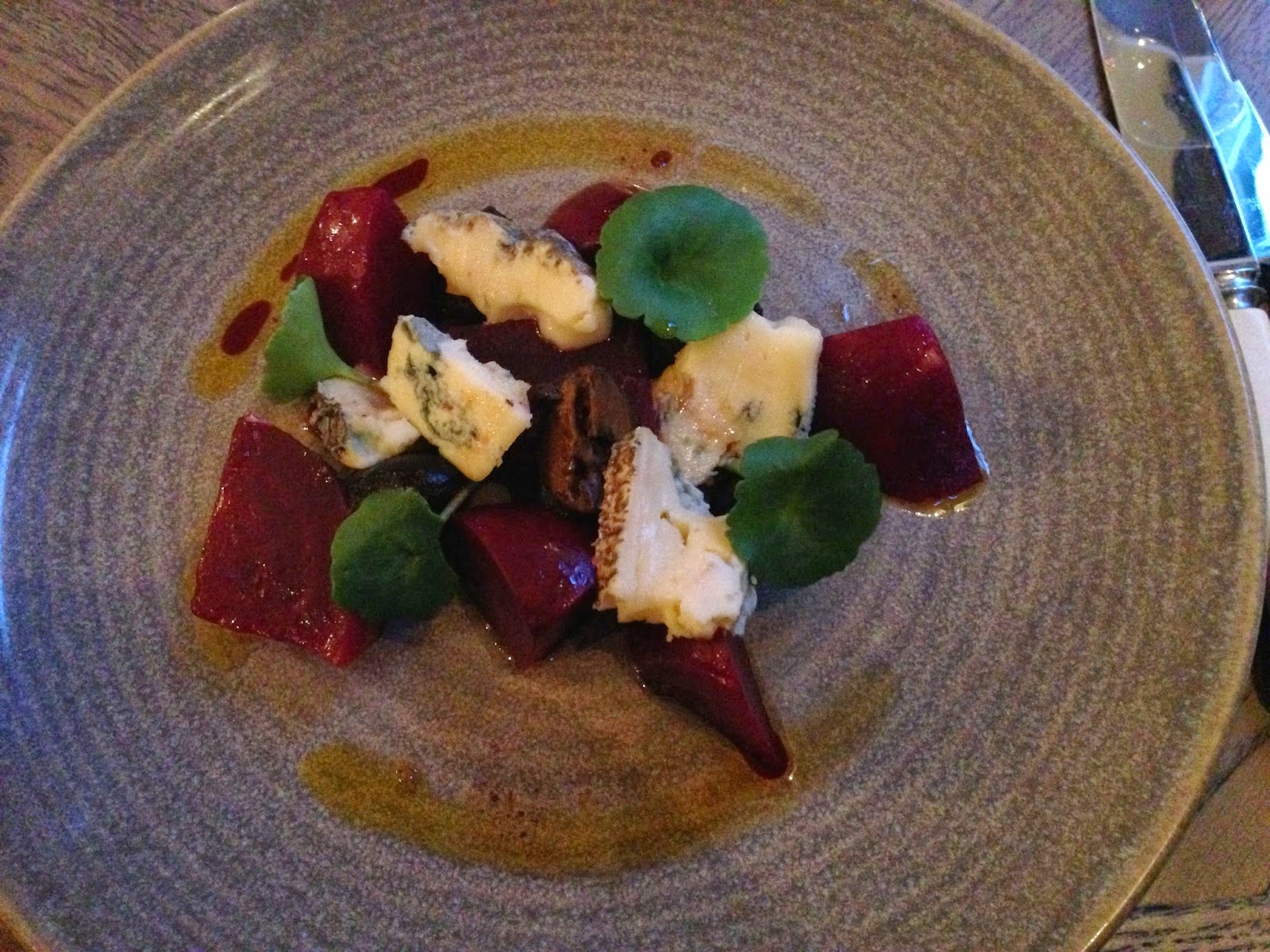 Mrs Diner’s ruby beets were expertly harmonised with pickled walnuts, nasturtium leaves, and the creamy sour Blue Monday cheese from Alex James’s farm in the Cotswold. It’s named after the New Order song – Alex James was the bass player in Blur. Blue from Blur in Blanchland. 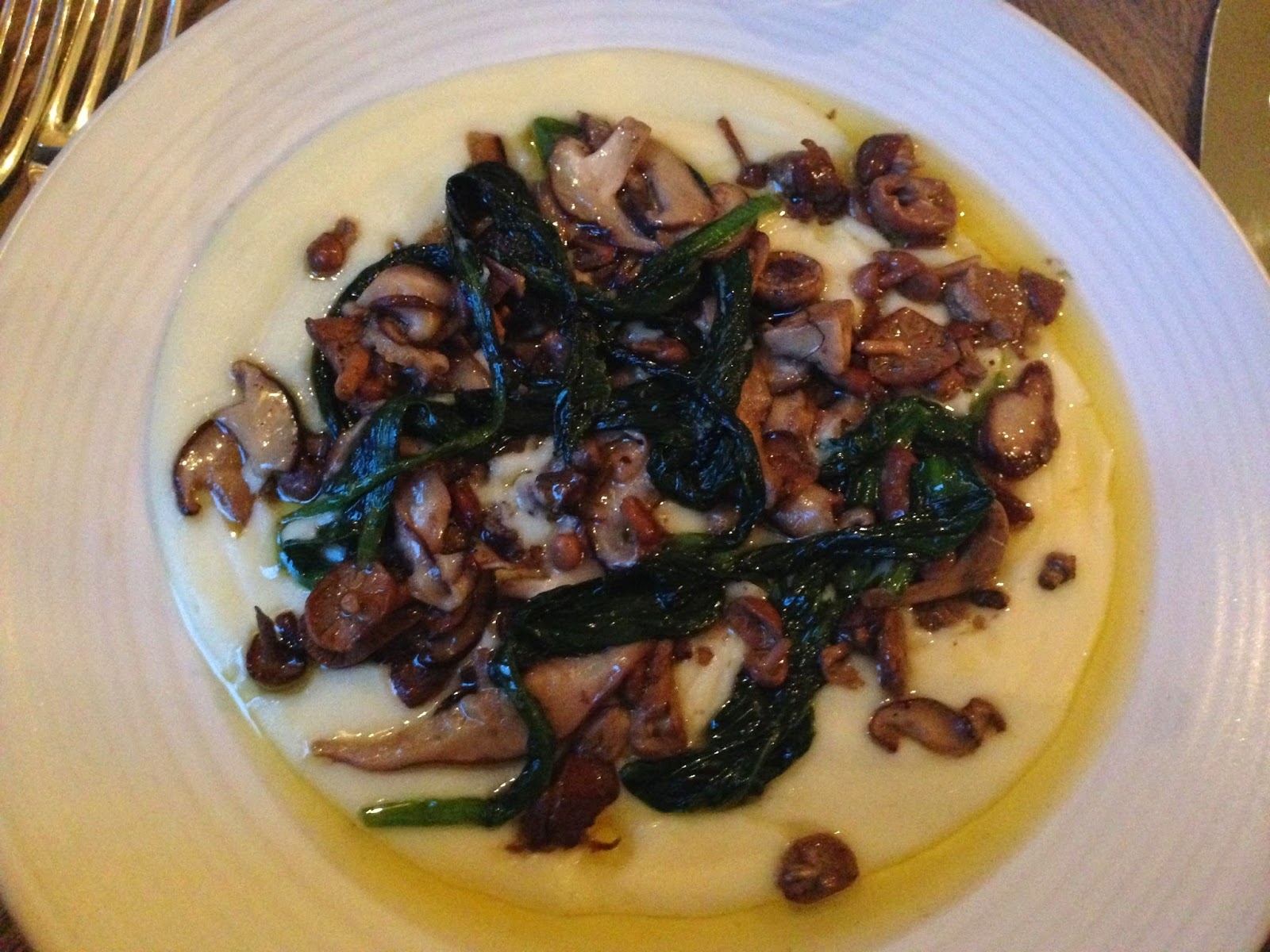 Meanwhile I had whipped potato, presented like soft polenta but creamy as mousseline, laden with wild mushrooms and topped with wilted chard. This was both comforting and clever. 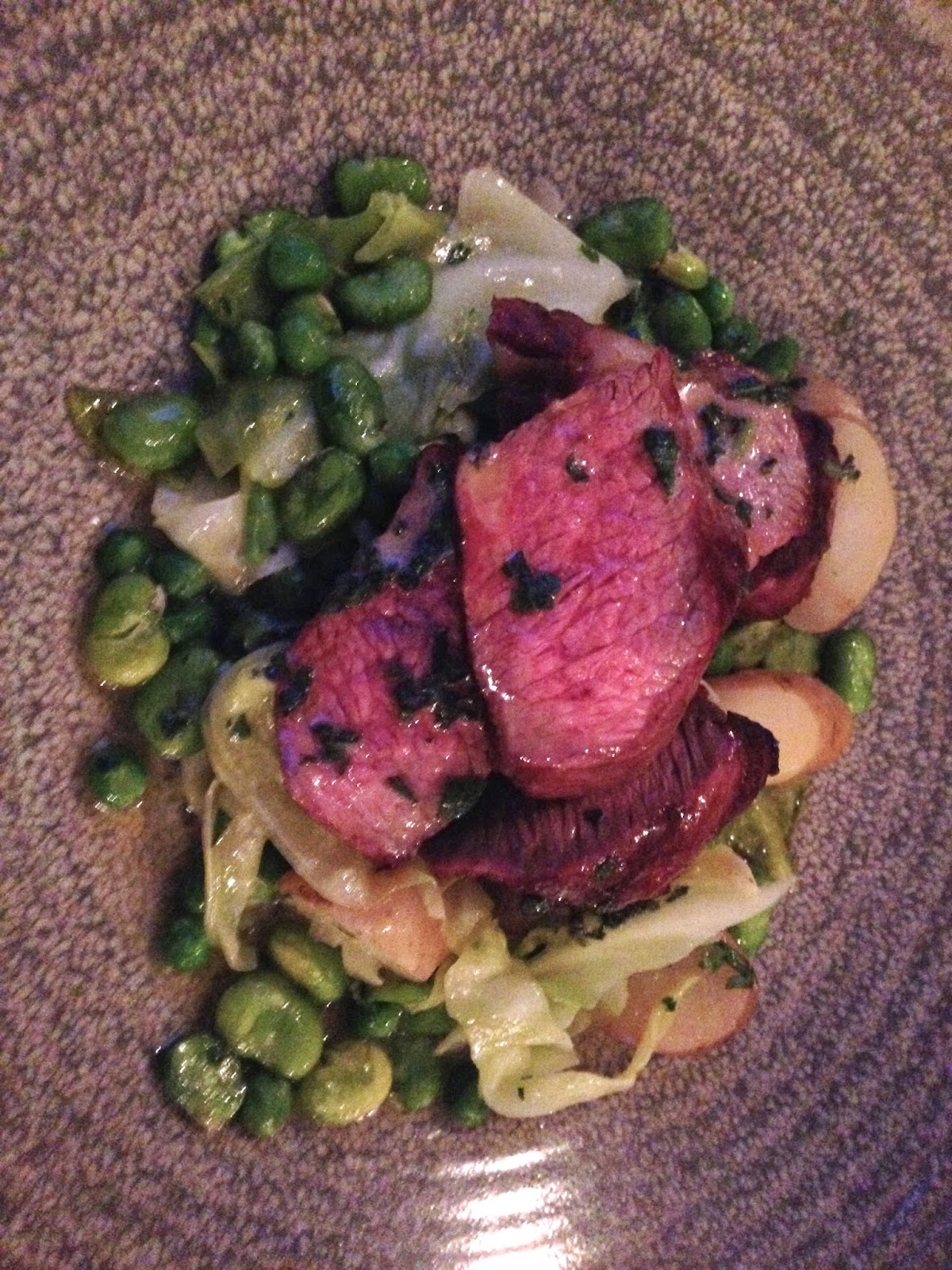 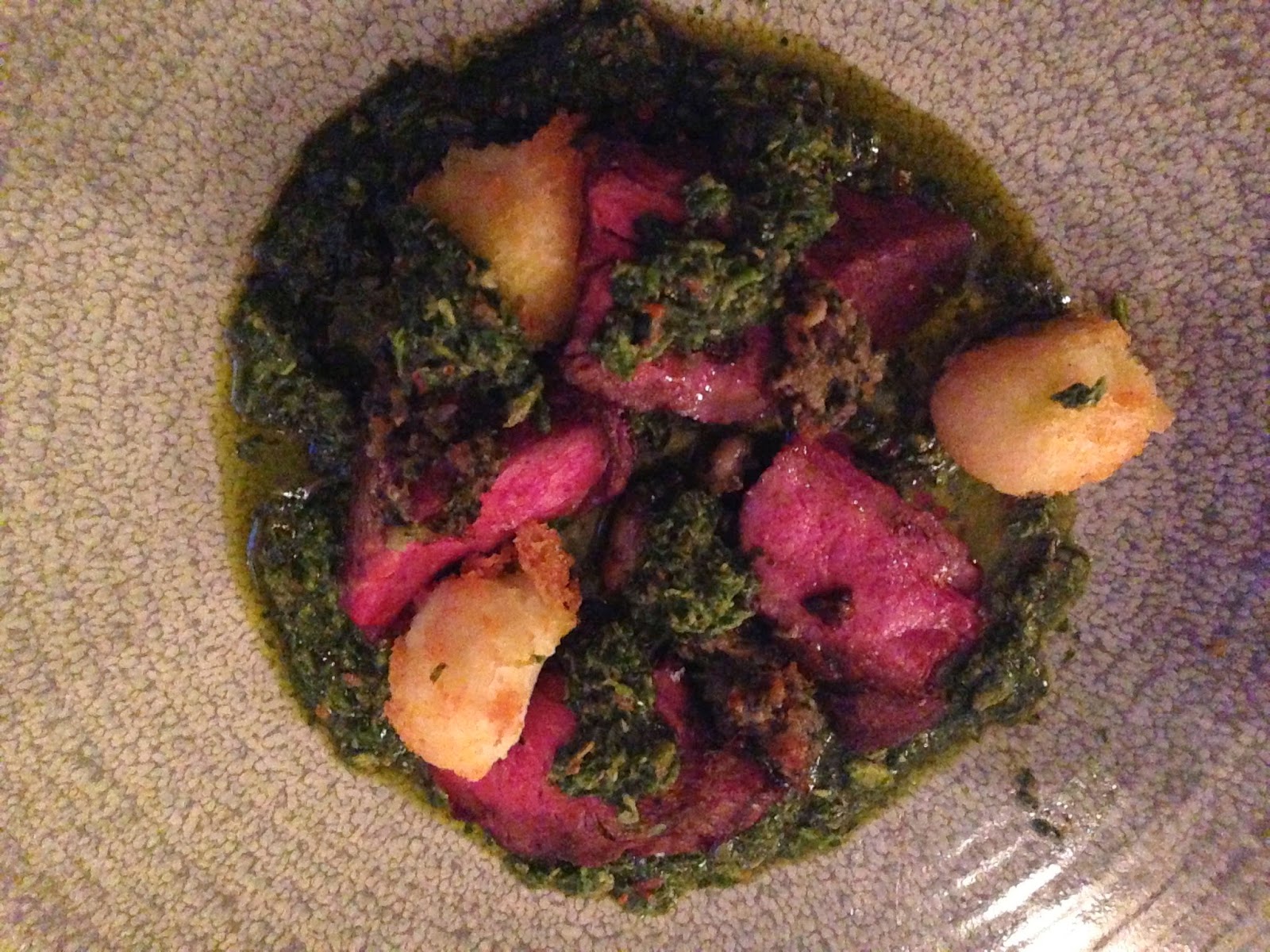 There was a choice of steak: butler’s or butcher’s. I chose hanger over blade, the butcher’s favoured cut, cooked perfectly rare with roast bone marrow, and lashings of green chimichurri.

It was so good, I might have been in Argentina, so I ordered a bottle of Kaiken’s wonderfully smooth Malbec and we listened to the Ancient Diner enthusing about her fish: “You can tell this one didn’t come from Morrisons”. 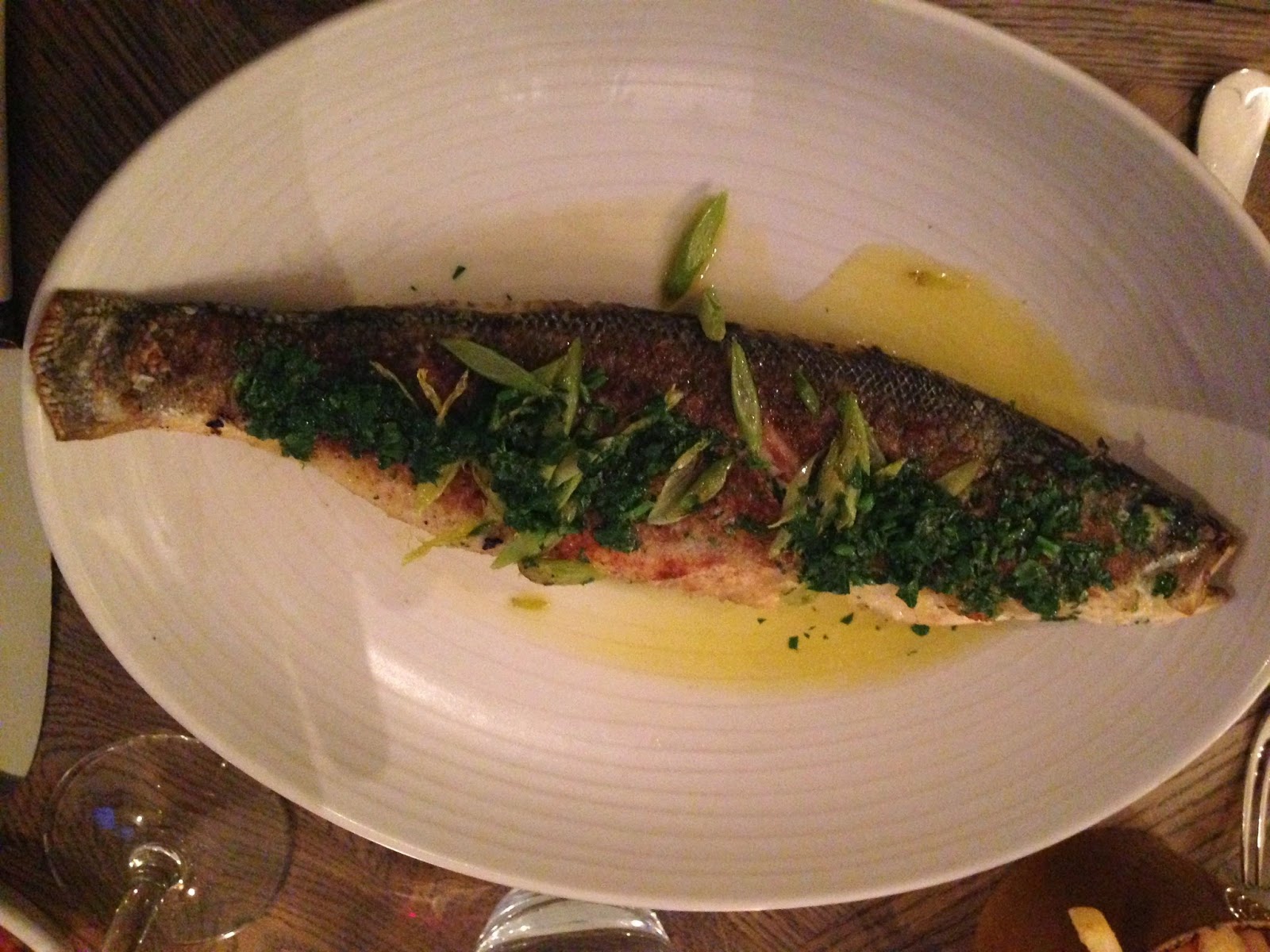 It was a delightful, almost nostalgic meal – food that would have done the priors proud. If only all pub food could be like this. 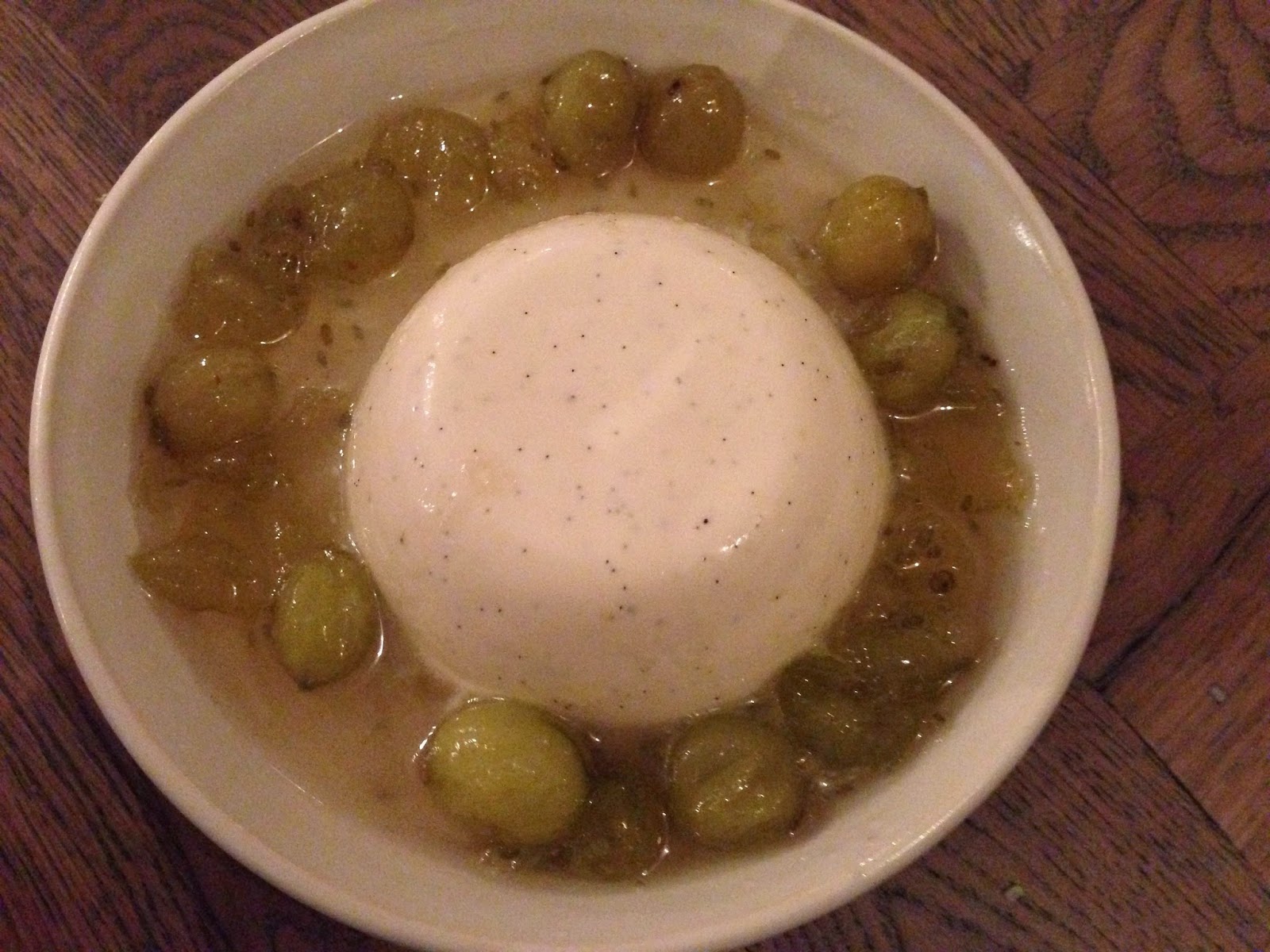 For dessert, over a glass of Sauternes, Mrs Diner had buttermilk pudding, smooth as pannacotta, with gooseberries, and, while the Ancient Diner was absorbed by a rich, dark chocolate mousse, I tried something new: sea buckthorn posset. 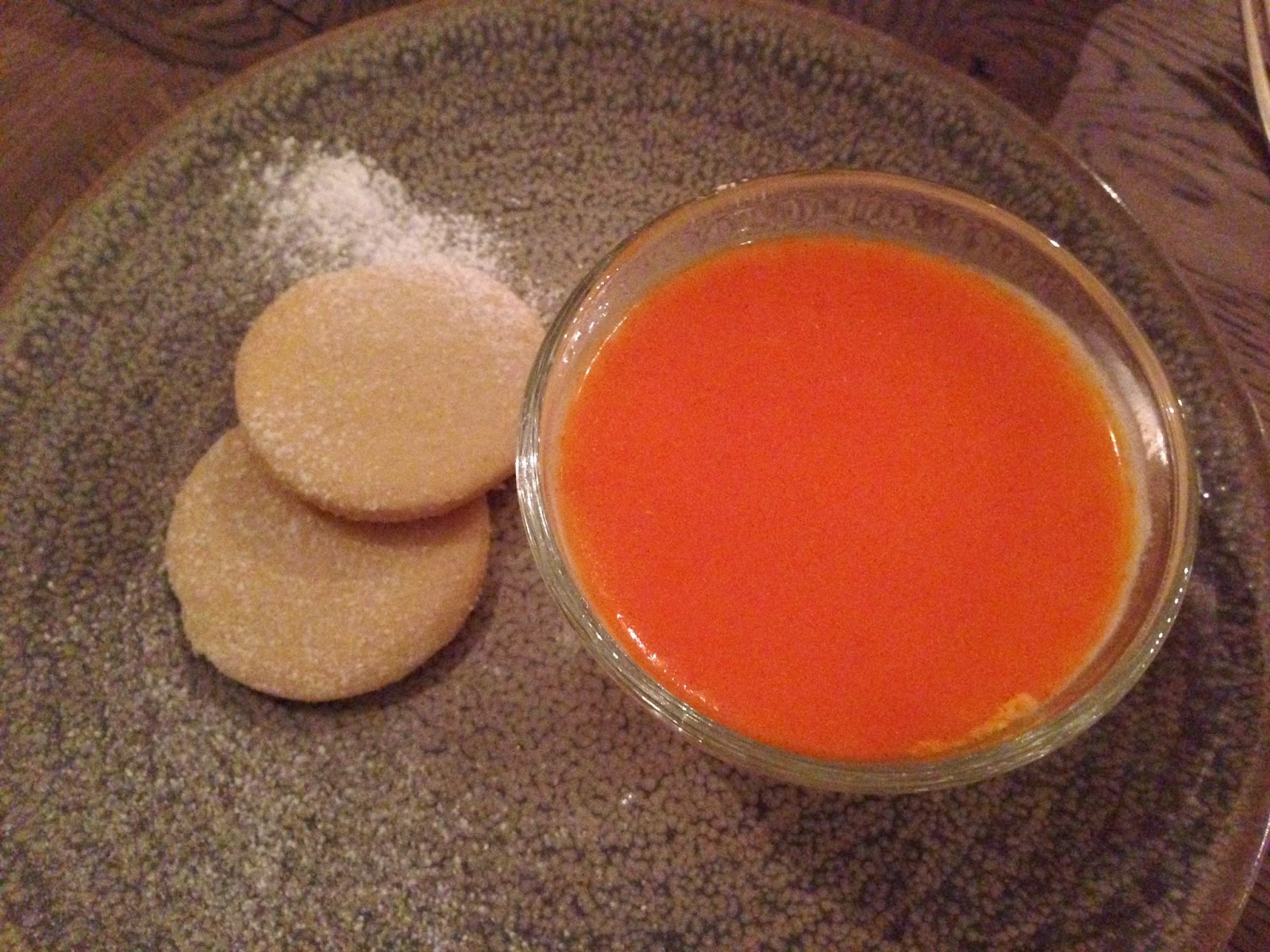 Bright orange jellied rim, over a blancmange that tasted of yoghurt, oranges and sea buckthorn juice. This is the plant with the orange berries that you see all along the coastline here and in Scotland. It’s rare to find it on a menu – Hix’s influence again. Like bitter passionfruit with undertones of mango, it has a faint waxiness in its texture. Perhaps also the cheesy scent of old priors’ feet. It was unusual, definitely not for everyone, but rather appropriate for this ancient building.

As the Ancient Diner said as we left: “See – you don’t have to have all those foreign spices.”