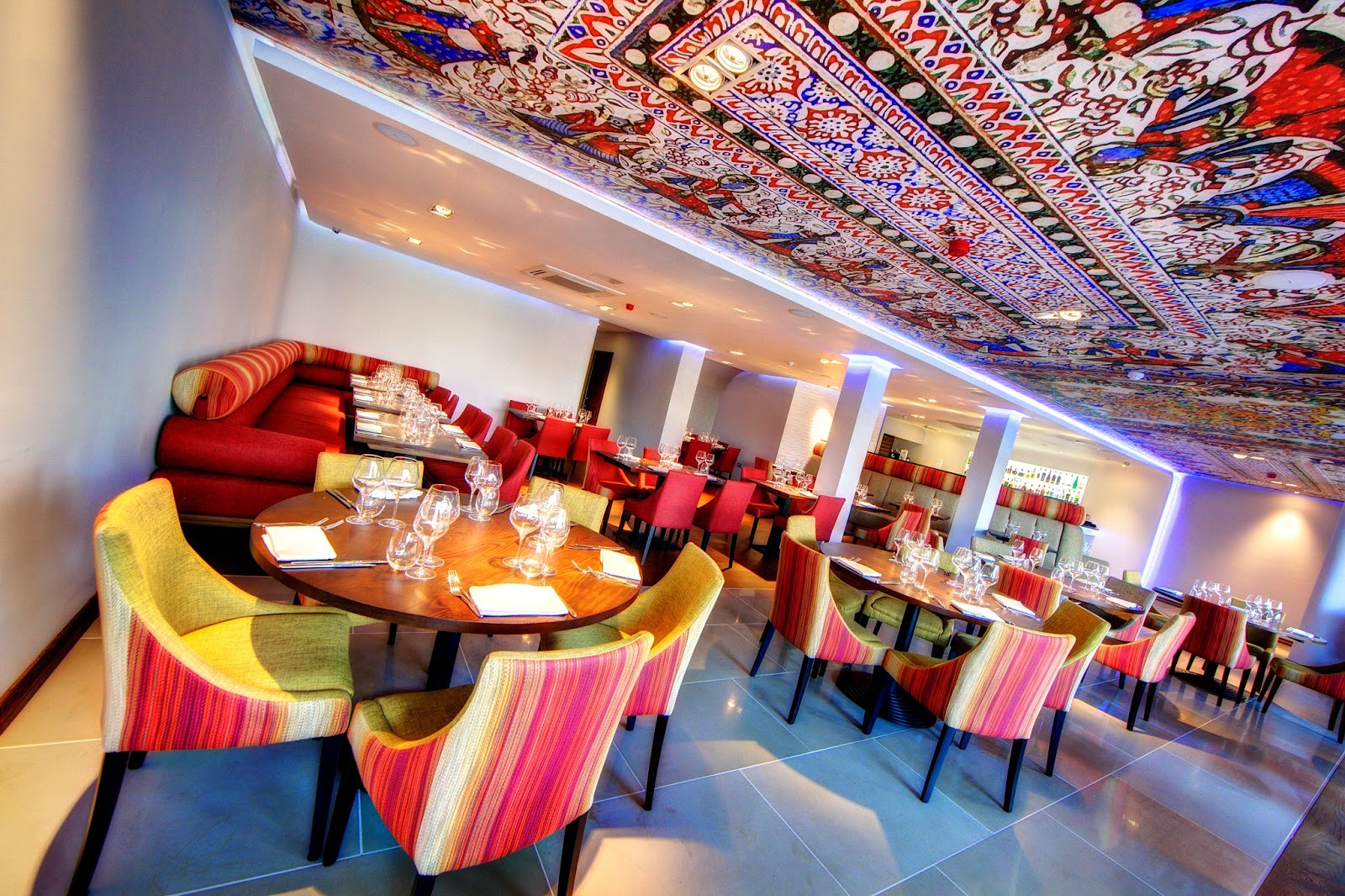 
What do you do if you’re very rich and can’t find a good restaurant? You build your own, of course.

That’s what Sunil Mehra did.

He’s a property developer who owns chunks of real estate in Darras Hall, and was fed up with the absence of Indian fine dining restaurants in the North East. By which he didn’t mean curry houses, of which there are plenty, or even the excellent regional dishes you find in Rasa, but the sort of food you can only find in a few top hotels in Delhi, or in London’s Michelin-starred Benares, Tamarind and Trishna.

He wanted beautiful food, with subtle blending of spices, colours and textures – painstakingly prepared, imaginatively intricate cooking. If you haven’t experienced modern Indian cuisine, you haven’t lived.
I sometimes have to pop down to London just for a fix.

One of the chefs who started this trend for adding contemporary touches to classic culinary tradition was Vivek Singh, of London’s Cinnamon Club. He imported many excellent chefs from India, including a man called Imamuddin Khan, who learnt his skills in famous Delhi restaurants like Dum Pukht. Khan was sous chef at Cinammon Soho.

I’ll let you into a secret: Mr Khan is now in Darras Hall. Yes, hidden away in an unprepossessing little shopping arcade is a restaurant with one of the most talented Indian chefs in Britain. Mr Mehra poached him from London, together with Tamarind Soho’s manager, a warm, genial host called Atul More.

This is Newcastle’s hidden gem, with the North East’s finest Indian food – by several miles – and possibly the region’s best fine dining too.

Just to be clear, if you’re expecting a lamb dhansak and a pint of Cobra this isn’t the place for you. Which is probably why it was virtually empty when we visited. This is a secret, special restaurant. I only hope it can cope with the rush when word gets around.

They have a tasting menu, which we ignored. £60 a head, plus wine, is too steep for this publication, and the pairing looked uninspiring, as it only included the dull house reds and whites. Instead, we fearlessly over-ordered and ended up spending £60 a head anyway, though this included quite a lot of wine. I would allow £25-40 each for normal appetites. As I said, this isn’t your average curry house. 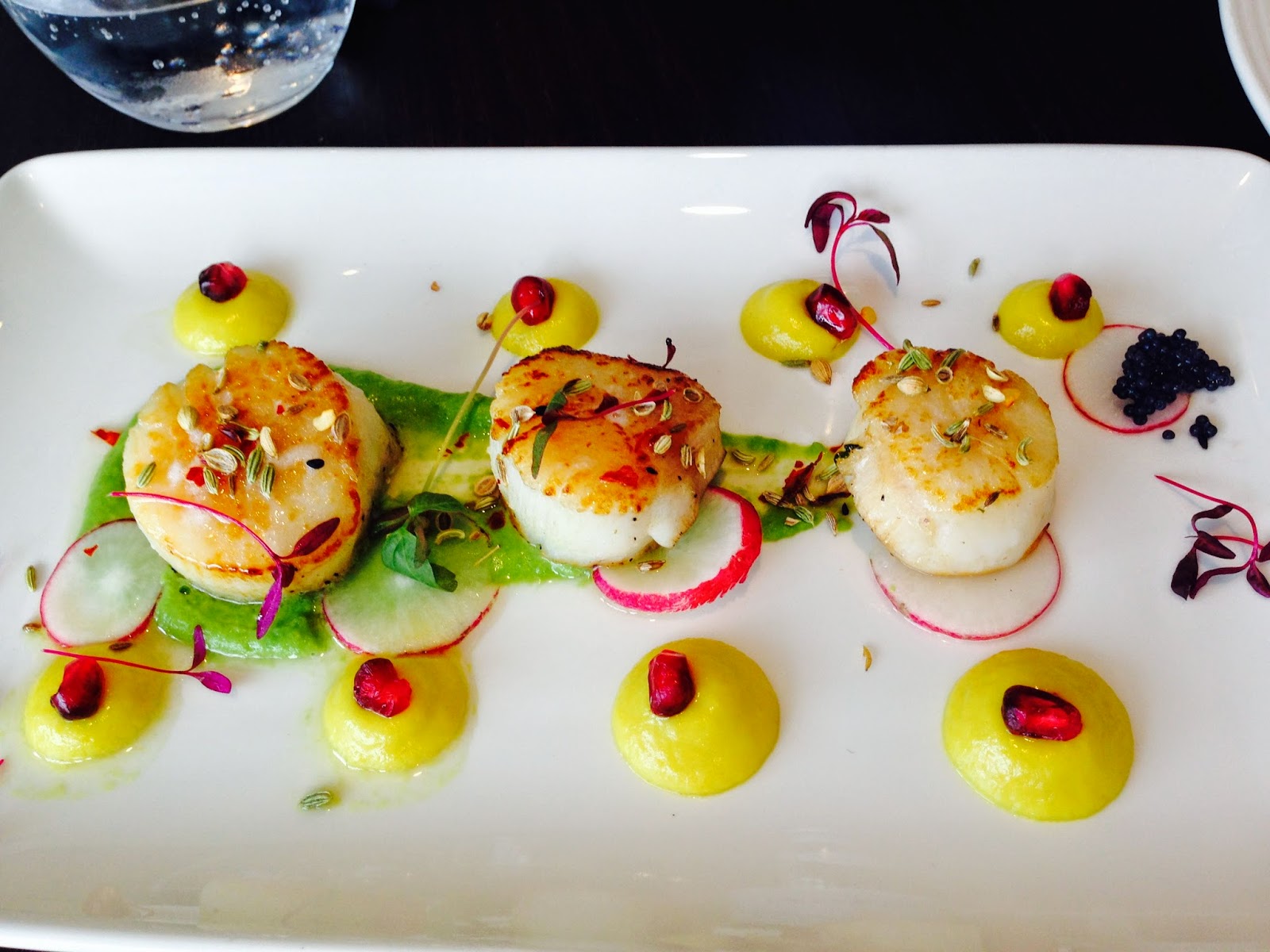 King scallops were surrounded by blobs of sweet smoked cauliflower purée, each crowned with a single sharp pomegranate seed, and a subtly spiced pea purée. 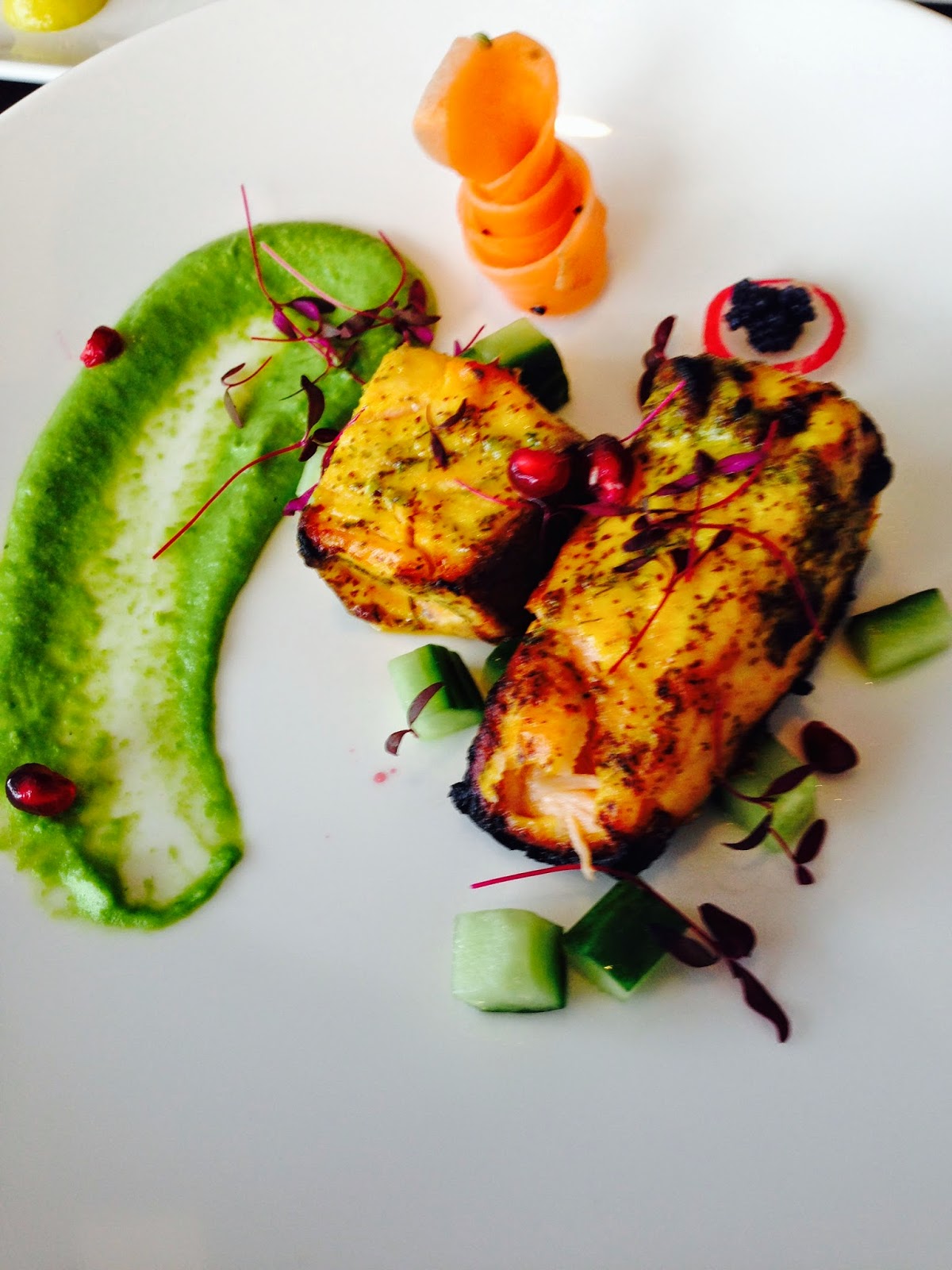 Salmon had just been allowed to kiss the tandoor (at our request, for it said ‘grilled’ on the menu). It could well be the nicest salmon I’ve tasted this decade: moist and marinated in honey, mustard, ginger, garlic and yoghurt.

It came with a fabulous fake wasabi relish of green pea and spicy mustard oil, garnished with amaranth shoots, cucumber and a swirl of sweet marinated carrot. Both starters had a tiny spoonful of caviar on slivers of fresh radish. 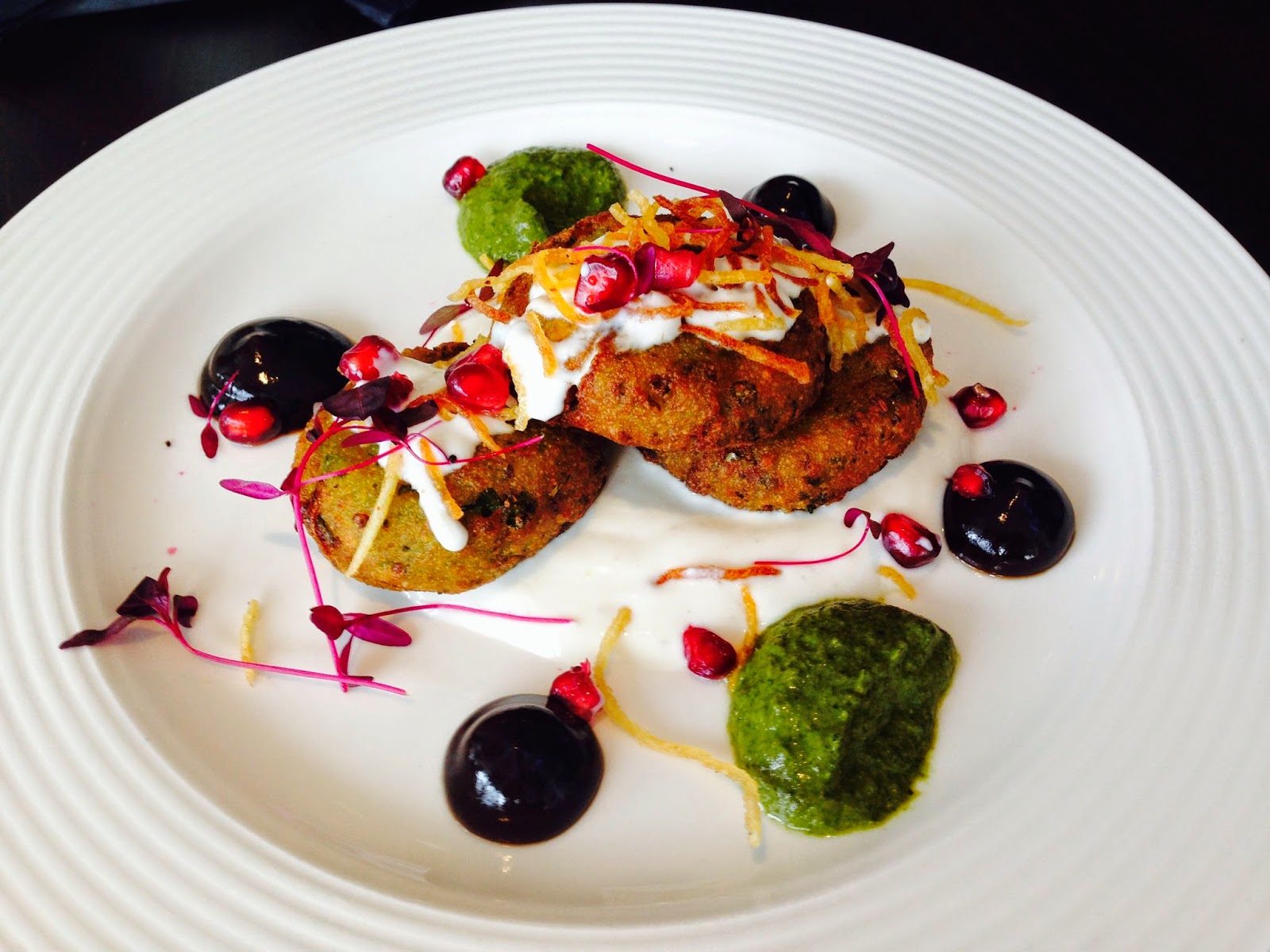 Also, out of greed, we had patties of green pea and cumin with some intense coriander and tamarind chutneys – this culled from an early evening set menu that offered three courses for just £21. 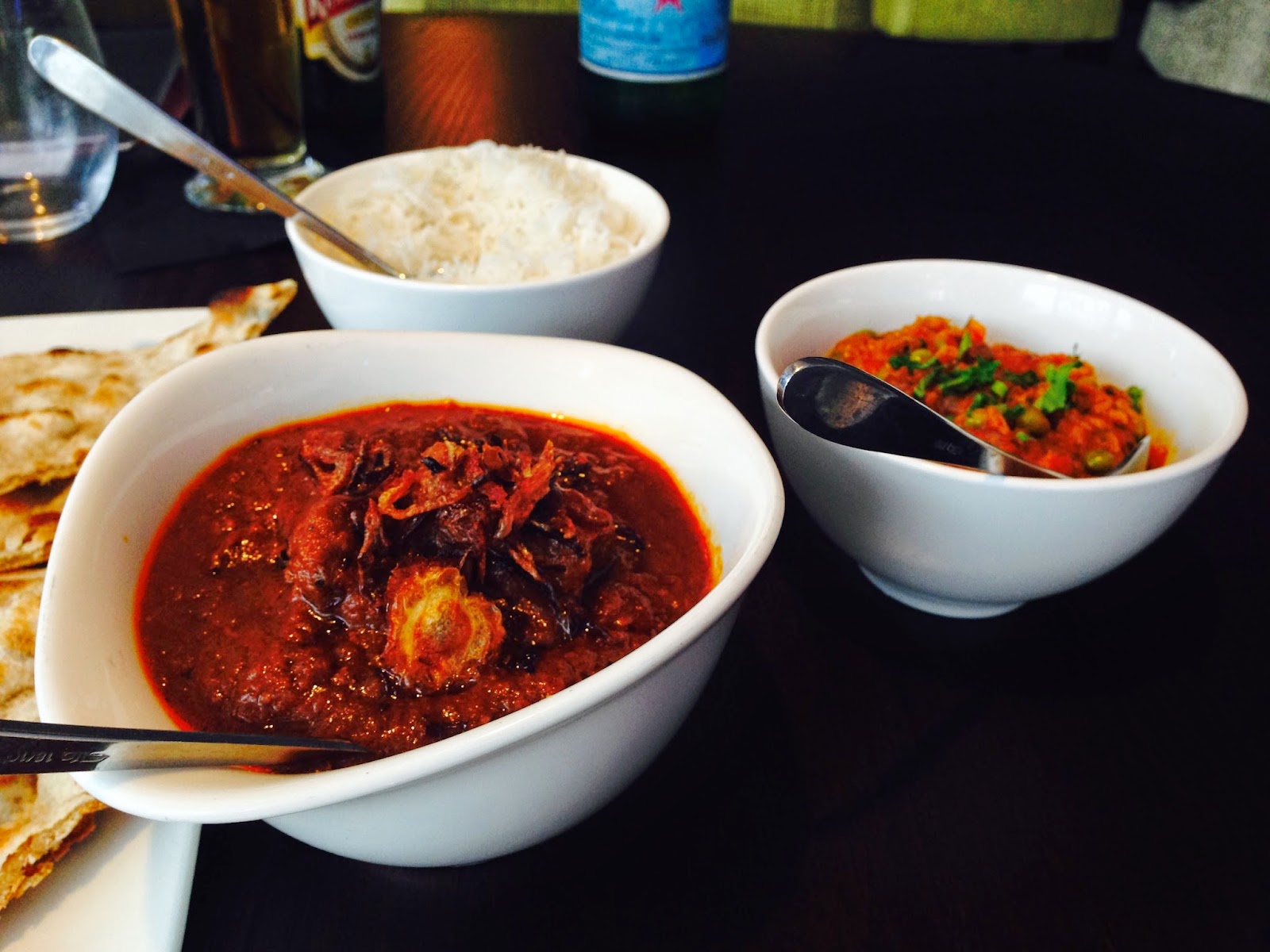 This set menu also yielded one of our mains: rajasthani lamb curry. This was our only traditional curry dish – with authentically dry desert spices of fabulous intensity, served with plain rice to which we added smoky, tandoored, crushed aubergine on the side. 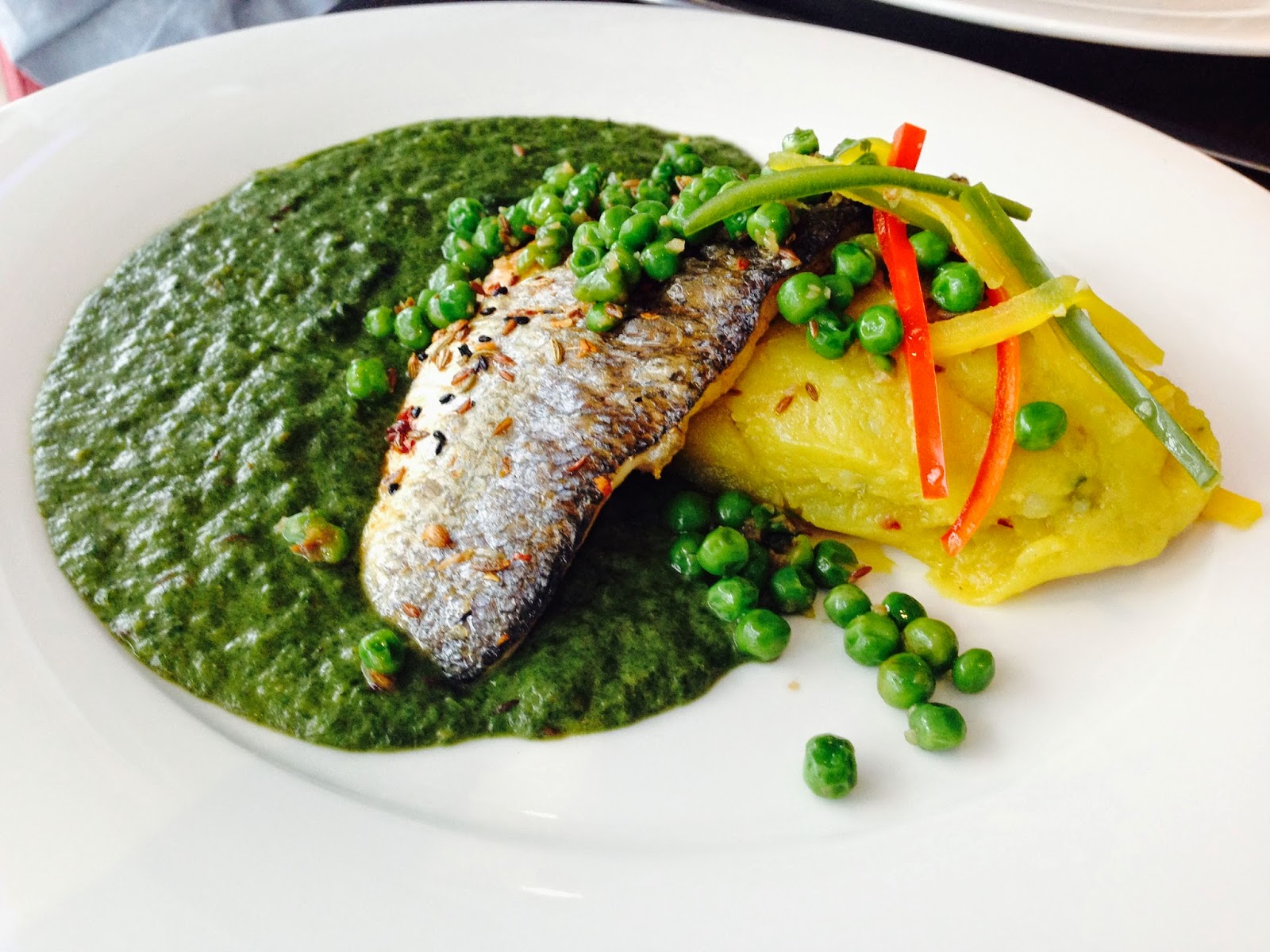 We also had a less successful main course of sea bass with masala mash and rather too much spinach and garlic sauce – rather restrained and ordinary after the barnstorming opening.

But the finale was worth the trip alone. Indian desserts are not normally my thing, but Mr Khan offered us three excellent Indian twists on European classics. 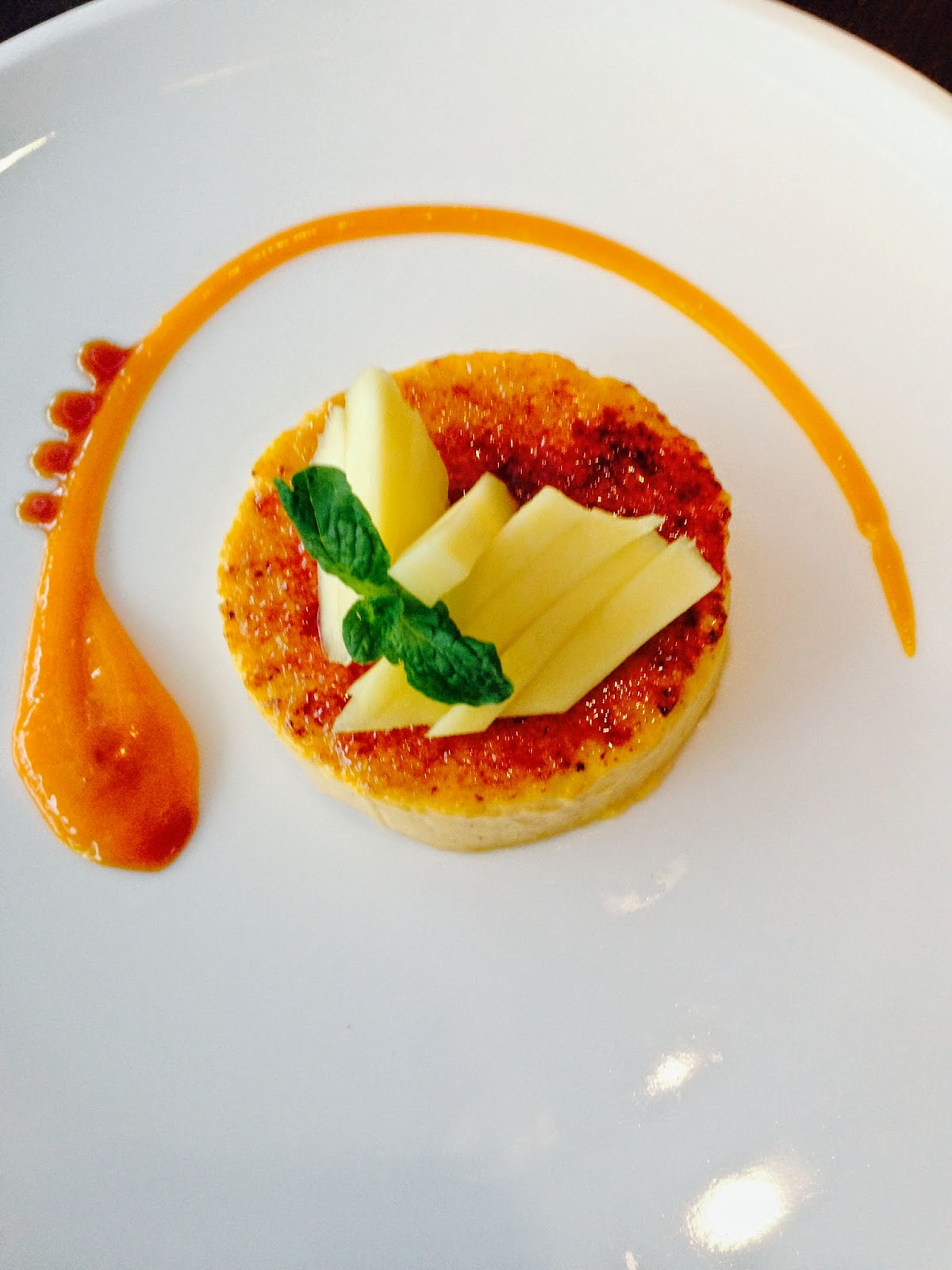 A brûlée, infused with mango and cardamom, accompanied by a swirl of powerful, 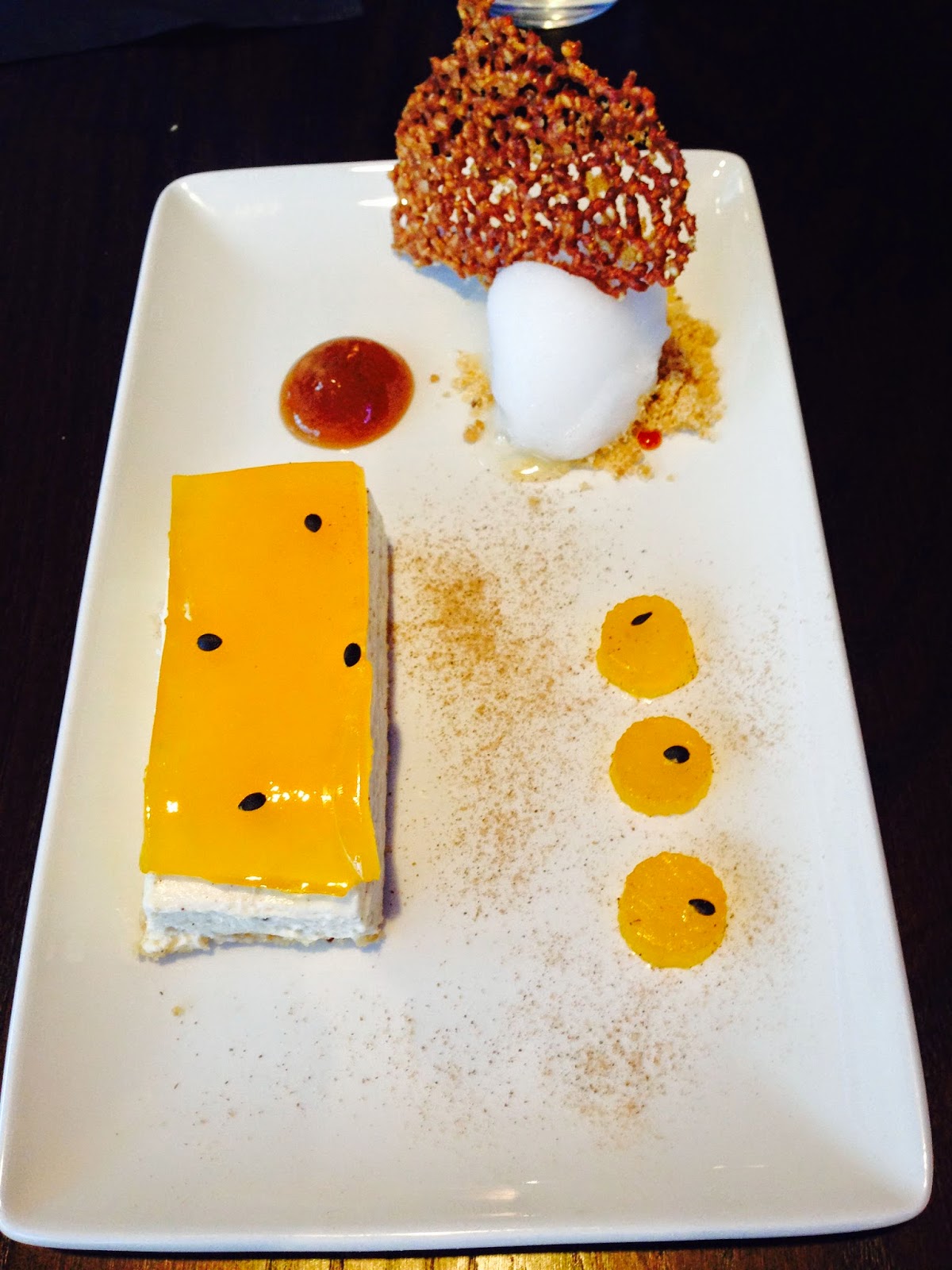 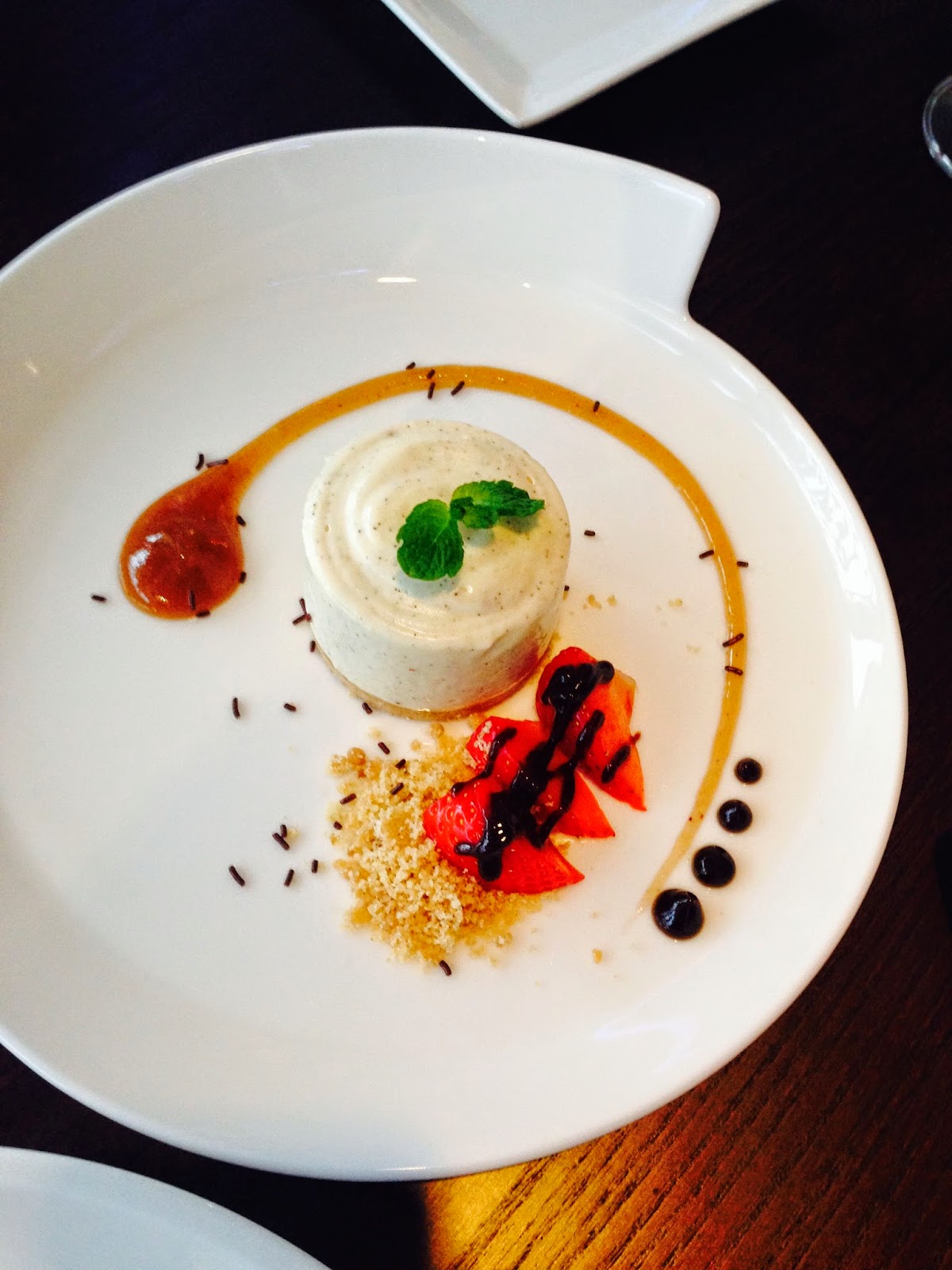 concentrated mango with just a hint of acidity; a cinnamon cream cheesecake topped with spicy tea (masala chai) jelly, tiny discs of passionfruit and a latticed spicy biscuit supporting a refreshing sorbet, with just a few crumbs of carom to give the dish texture and a thyme-like fragrance; and a hazelnut cinnamon and white chocolate mousse with carom crumble and strawberries glazed with tamarind.

Expert cooking, beautifully presented. All it needs is a few customers.