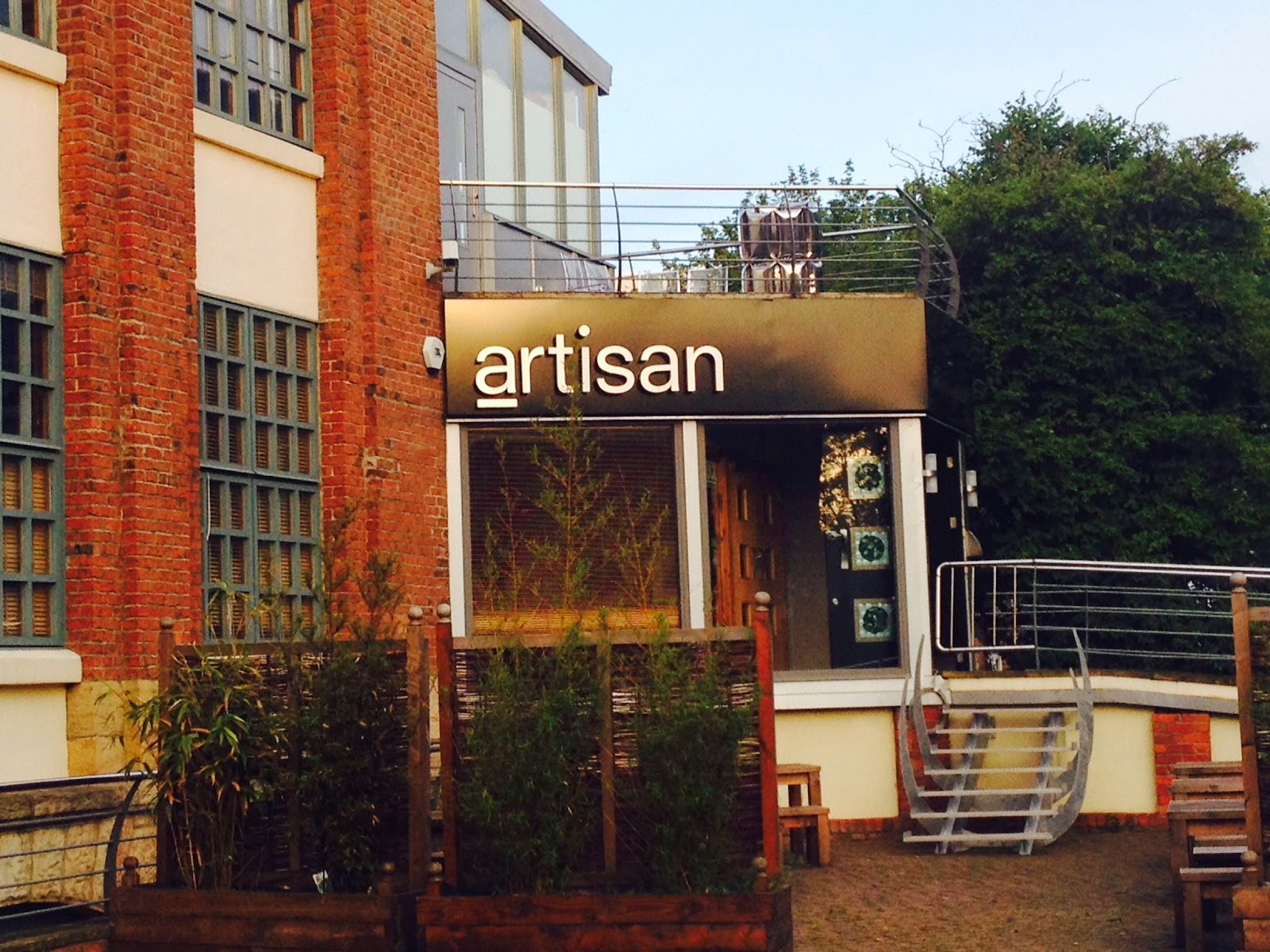 The Biscuit Factory
Stoddart Street
Newcastle upon Tyne
NE2 1AN


This is art without a capital A. I assume they named it artisan (note the creative underline in the title) because it’s now been integrated into its Ouseburn gallery home The Biscuit Factory, which shows some excellent artisan craftwork. 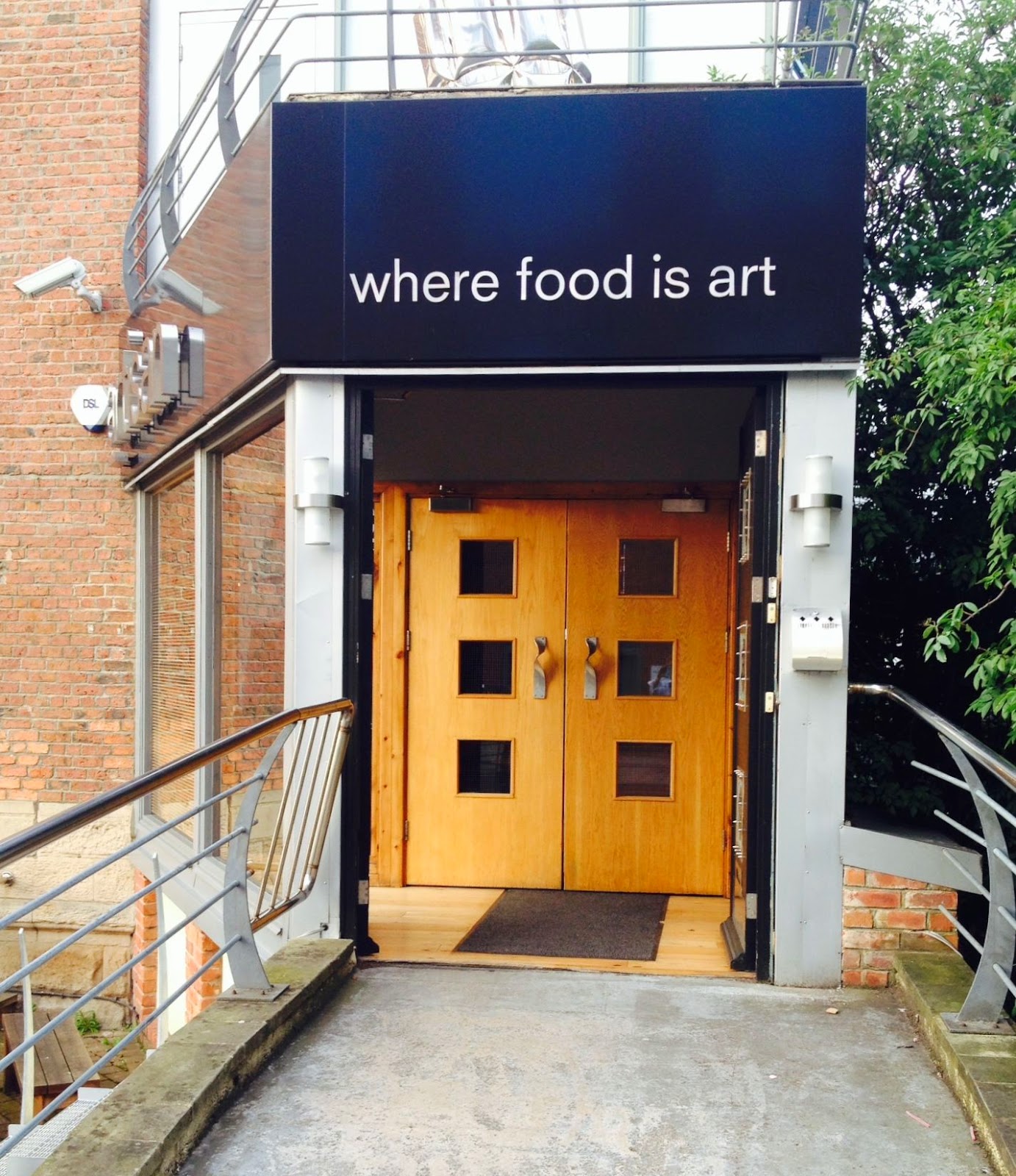 This is the place that used to be David Kennedy’s Black Door Brasserie, and then David Kennedy’s Food Social. The Biscuit Factory’s website calls it “artisan, formally known as david kennedy’s food social”, which is presumably meant to read “formerly”. Though frankly, if you know David Kennedy’s food, you’ll still recognise his influence.

The chef, Andrew Wilkinson, was Kennedy’s protégé. That’s both good and bad, because this menu reflects his former master’s love of regional ingredients and reliable, unfussy cooking, but it also his reluctance to experiment beyond the safety net of “local and seasonal”.


Personally, I never found its predecessor very social. Rather an arid environment, I tried this room a number of times, and encountered a lot of steak and a poor wine list. Mrs Diner and I once spent Valentine’s Day here, anticipating romance and a bottle of good claret, but it was all rather dark and disappointing. 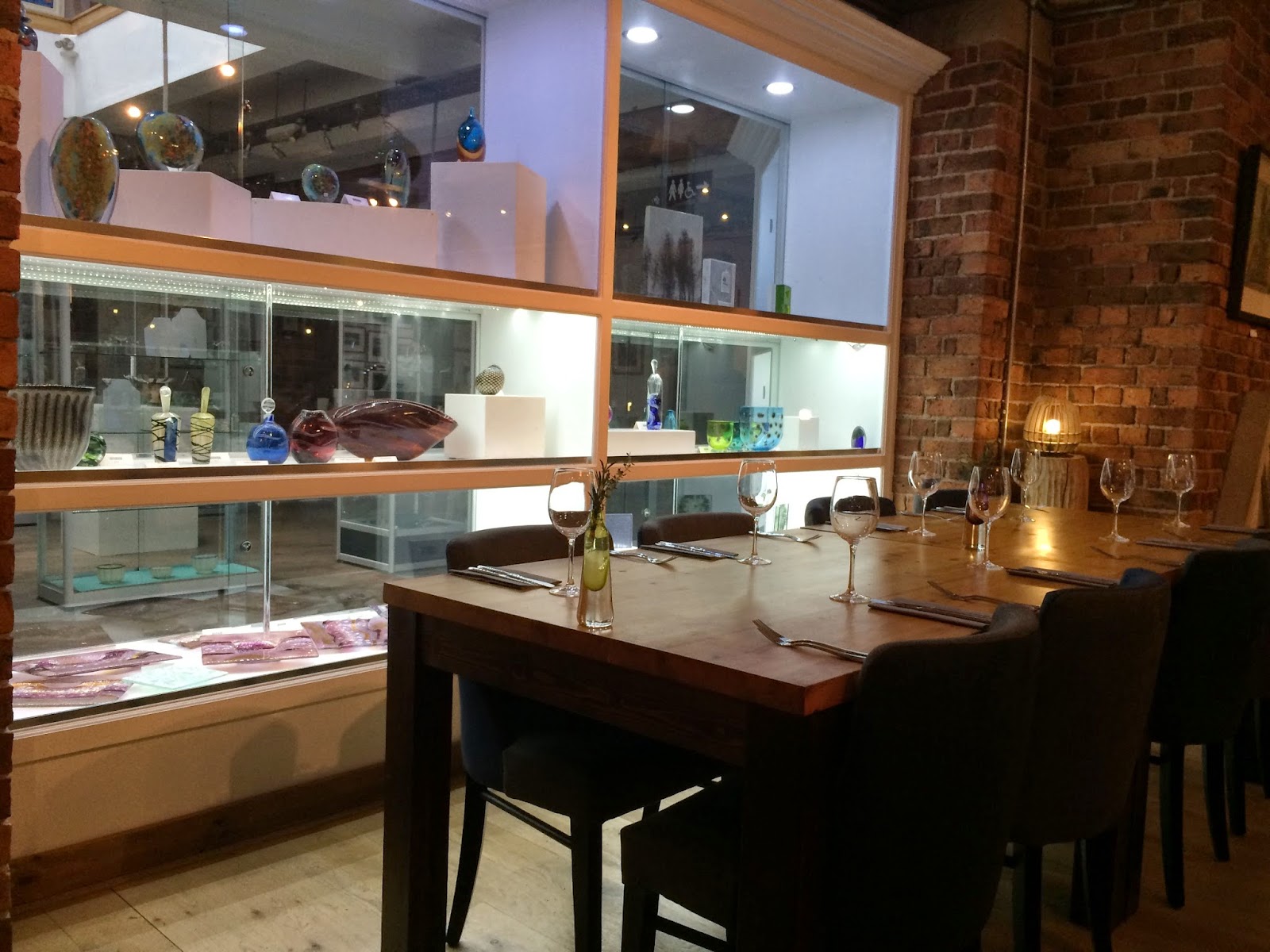 At least the atmosphere seems to have been sorted by brighter wood, blue chairs and a livelier crowd, attracted by a very generous early evening bargain offering (3 course for £18.50 up to 7pm), together with stronger front of house organisation. The room has a glass showcase of the work next door, and the menu is more varied, with a wine list to match.

It’s still basic bistro food, with steak, lamb, pork and double-baked cheese soufflé, but there’s a real attempt to show off local produce and reflect the region’s identity. Starting with “Northumbrian cocktails”. This isn’t just a renaming exercise: ‘Fog on the Thyme’ combines Jack Cain’s gin, made in Heddon on the Wall from bits of Northumbrian hedge, with Fentimans’ Hexham lemonade; ‘Great North Rum’ has Alnwick rum, and so on. We felt rather disloyal ordering house white Petit Ballon, fresh from Gascony.

On the food menu there’s North Shields fish soup, Brinkburn cheese, and even the Kielder forest gets a nod, with Douglas Fir panna cotta. Mrs Diner started with beignets of sharp Northumbrian cheese, served with a classic celeriac remoulade, some apple, roasted hazelnuts. She said it lacked “wow”. 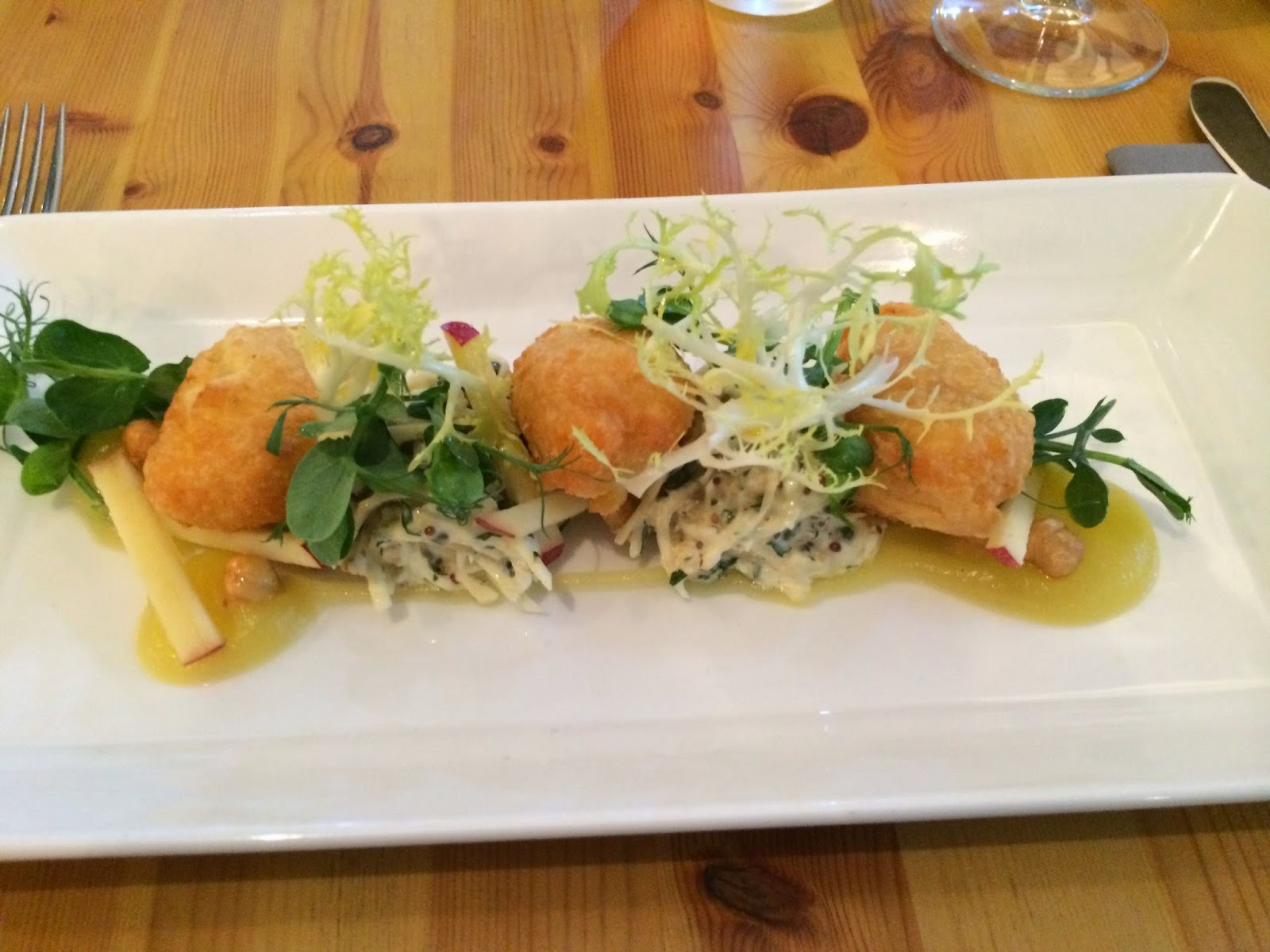 Now this is an increasingly common response from my wife. As the standard of North East restaurant food has risen over the last couple of years, so, in direct proportion, has the “wow bar”. That’s the standard when we look at each other and go “this is special”.

We’ve been taken over this bar quite a few times recently: at House of Tides, Peace and Loaf, Haveli, and at several other of my 5-star-rated places – they understand the difference between “fussy” and “creative”.

Does artisan have this wow factor? It might have had it a few years back, when good cooking in our region was rare, but in 2014? No, instead Mrs Diner used the dreaded, forbidden word “tasty”. Tasty means workmanlike, homespun, fine: artisan, not wow. 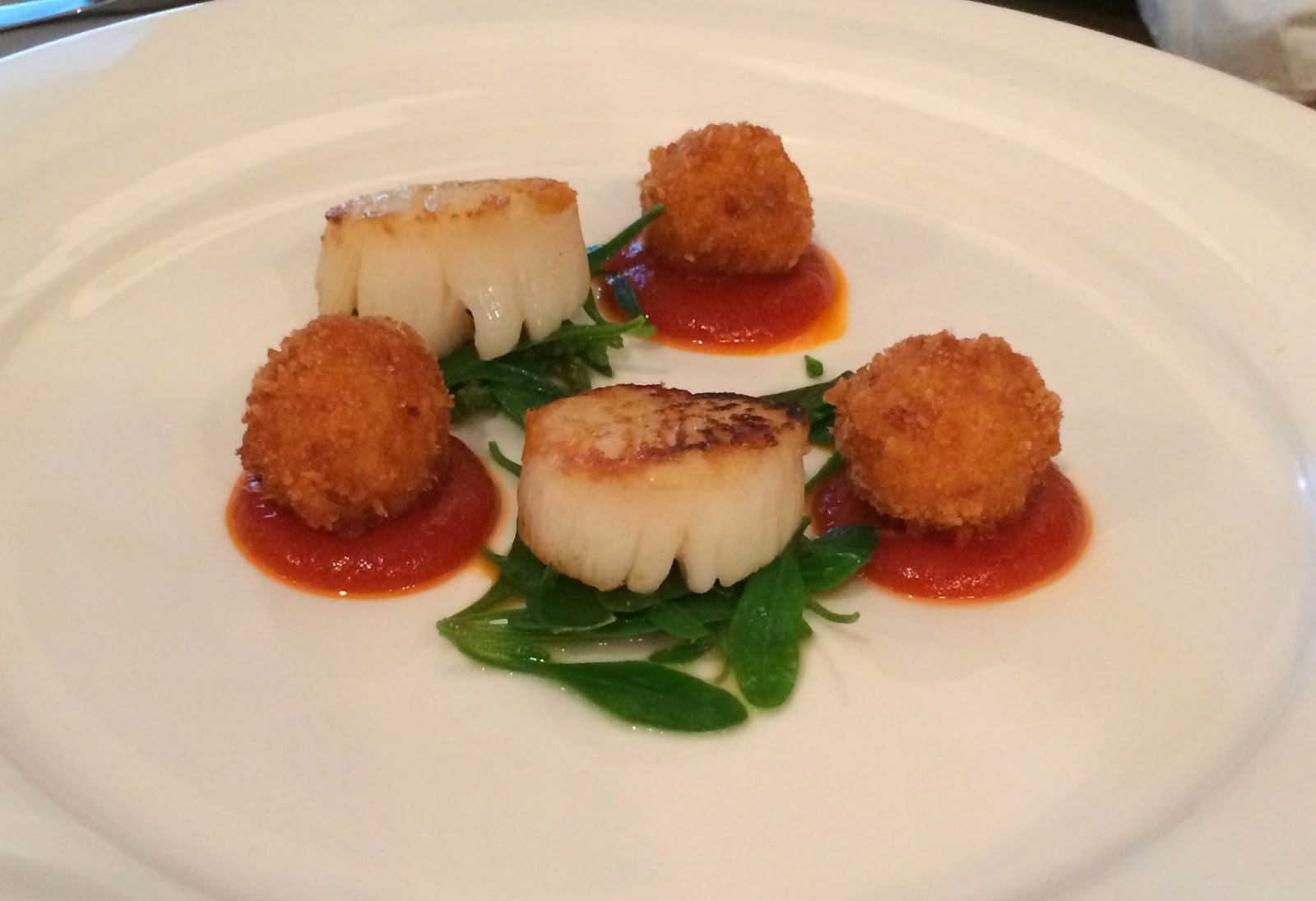 Scallops were fine too, properly seared so that the flesh tasted of the sea, and there were salt cod balls and spicy ketchup to accompany. You could tell that the kitchen uses Ken Holland for the shoots and herbs – there were little green surprises throughout the meal. Our main courses were pink and tender lamb rump, with a good shallot purée, light lamby jus, fondant potato with a crisped top, and a panfried and baked sea bream, which was the closest the presentation ever came to fine art. 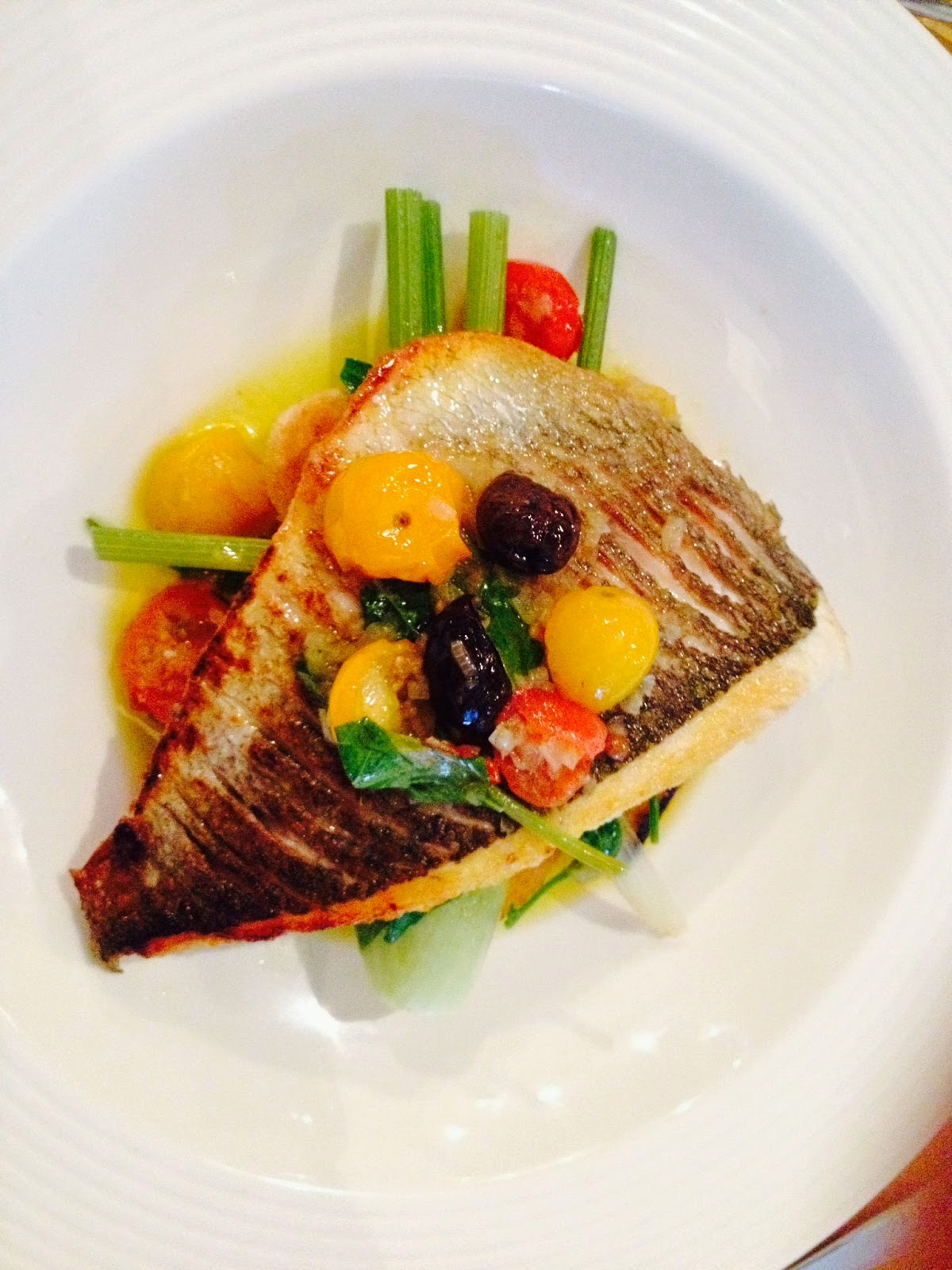 It was a pretty collage of fish, baby fennel, brightly coloured baby tomatoes, black olive, spinach leaves and what was advertised as sauce vierge, but turned out to be a pleasant enough emulsification. 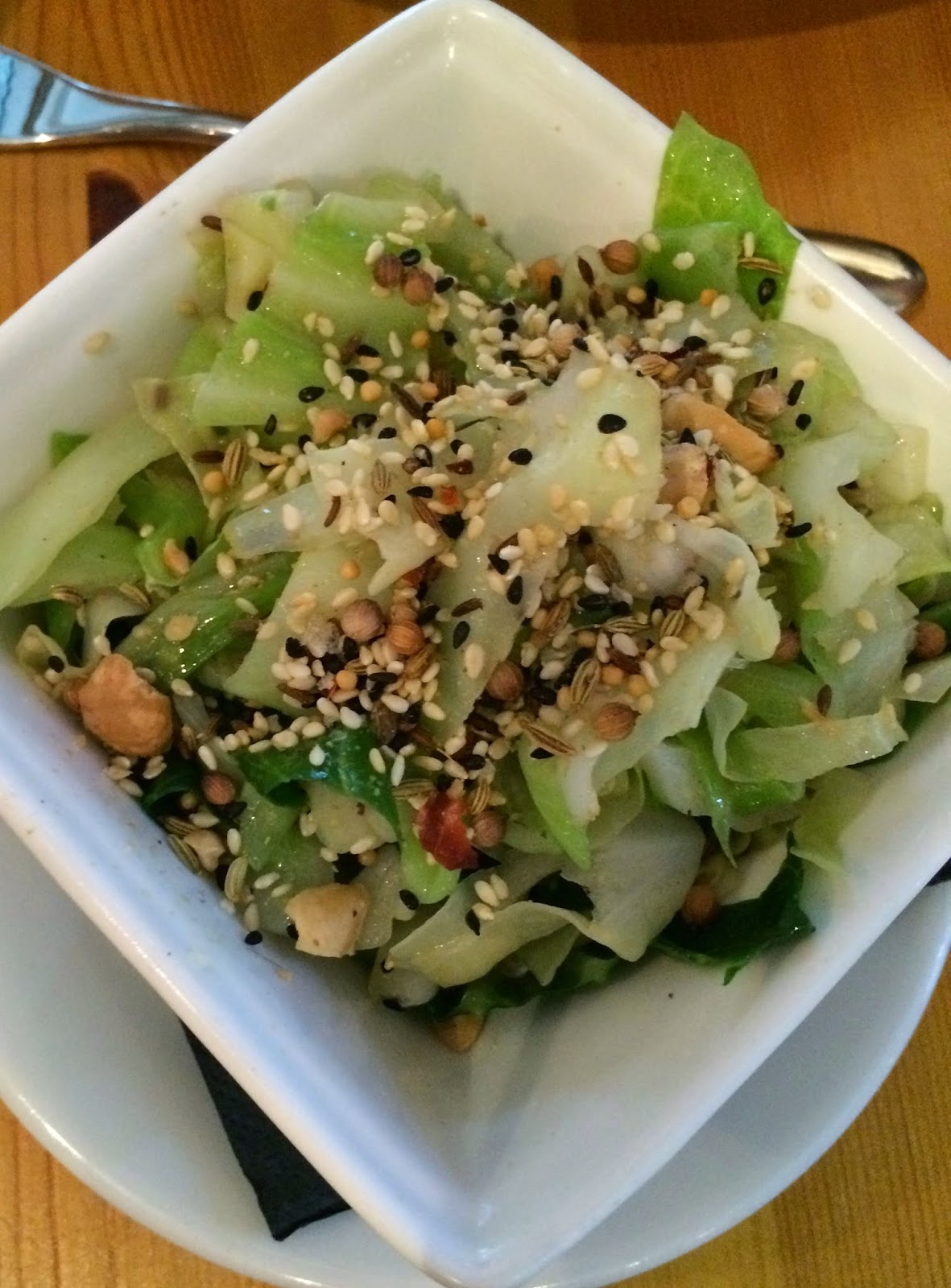 A side order of cabbage was almost wow. It had chilli and lots of little aromatic seeds, including sesame, caraway and black nigella, with a touch of Asian dressing. Class cabbage. 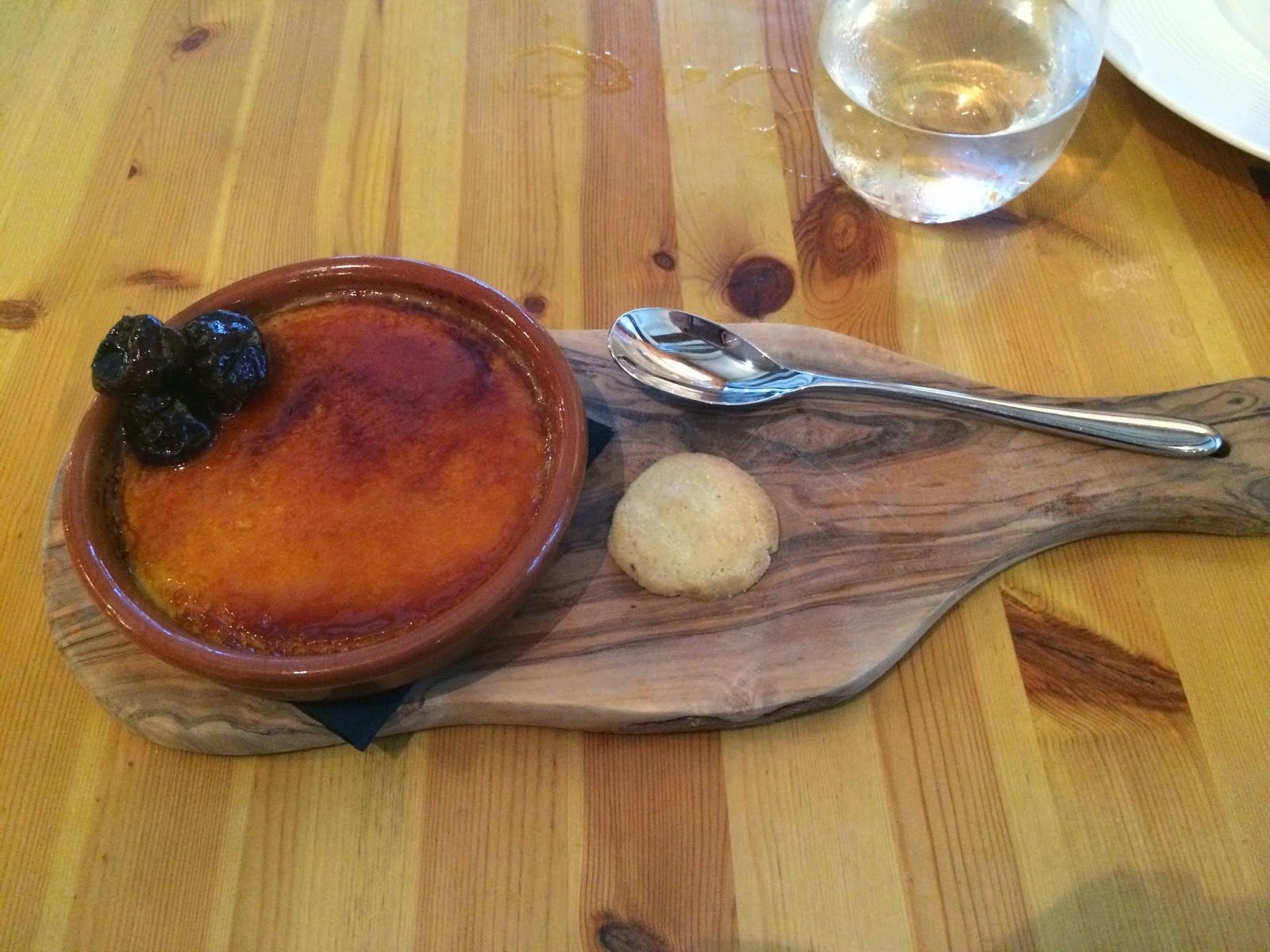 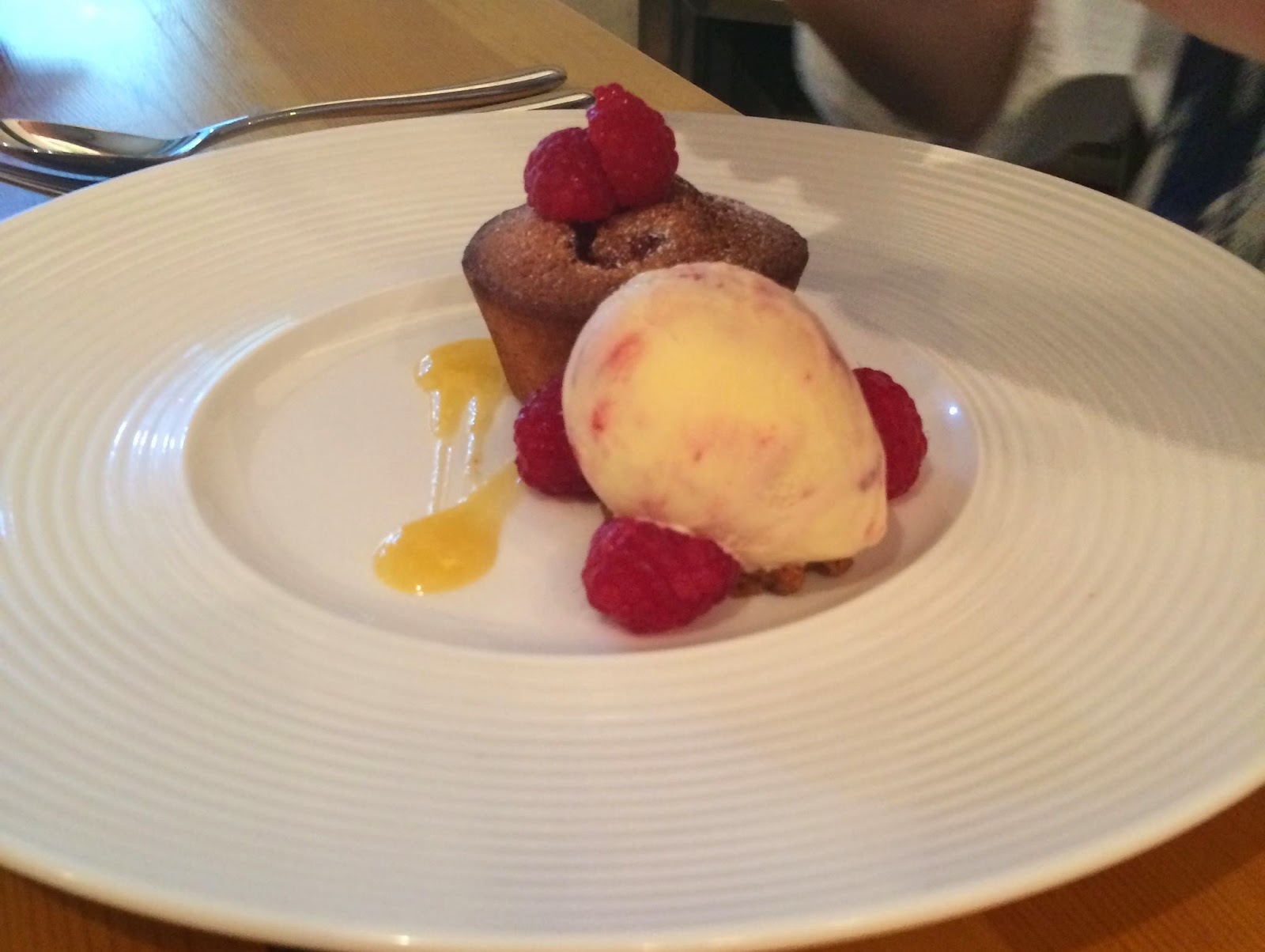 I really enjoyed my financier, which is not something I say too often, though this almond cake, crisp on the outside and soft and warm in the middle (a bit like me), looked more like a cupcake.


It came with homemade raspberry ripple ice cream and a tart lemony sauce. It also arrived with a glass of Elysium, the black muscat from Andrew Quady, which makes me go wow when combined with almost anything sweet. Also of note was the coffee - real artisan coffee from the Ouseburn Coffee Company, just round the corner from the restaurant.

Recommended, but not outstanding, expect to pay around £30 each plus wine.