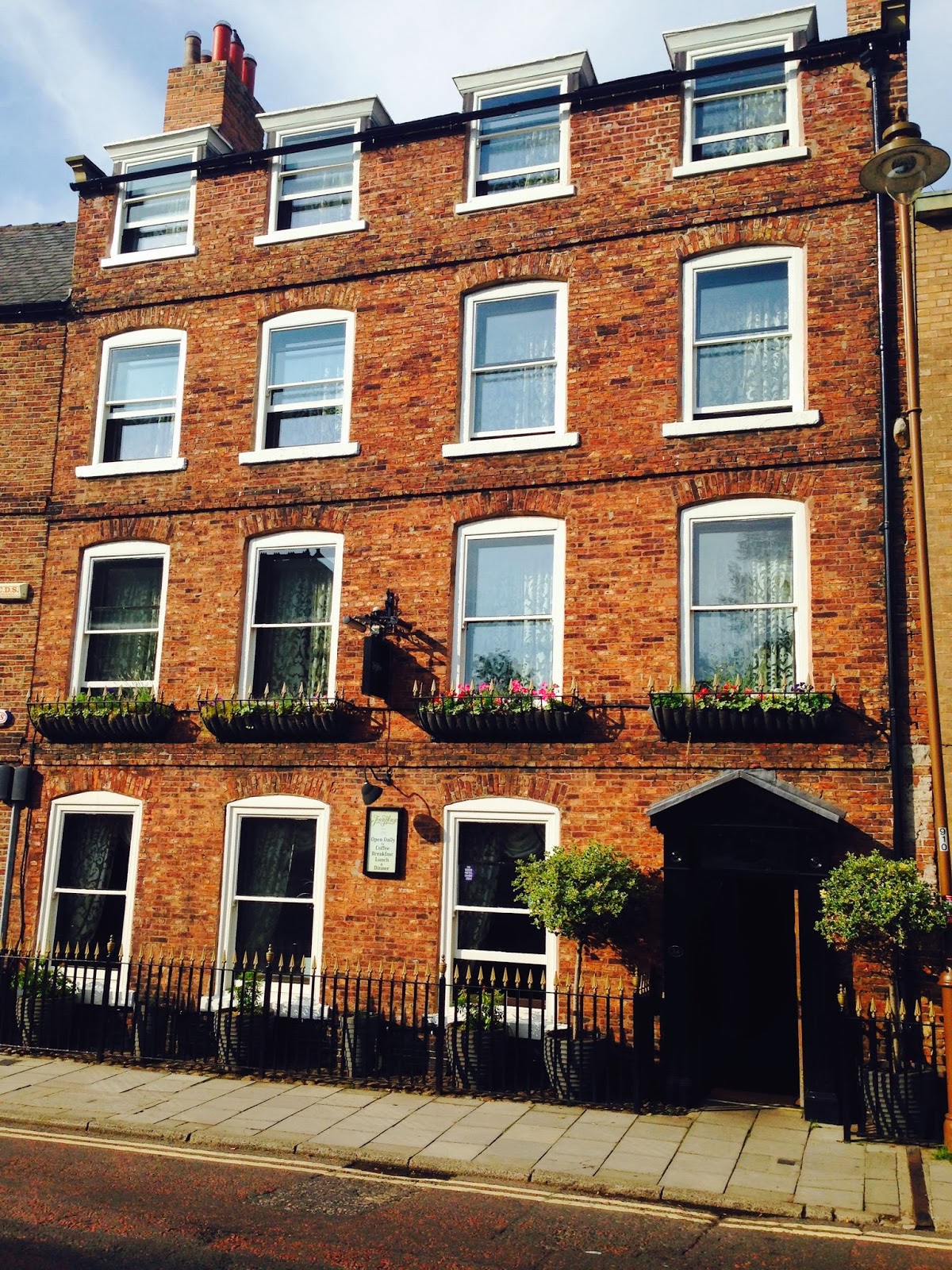 
Take a deep breath before you enter – nothing can prepare you for the interior.

It’s as if Boy George and Elton John had set up home together in Durham and opened a B&B. Camp doesn’t begin to describe the combination of red, gold grey and black, faux pillars, statues and fake leopardskin carpet. Chandeliers, purple chairs with tassels: chintz and kitch clash in a triumph of absurdity over taste. It’s hysterical. 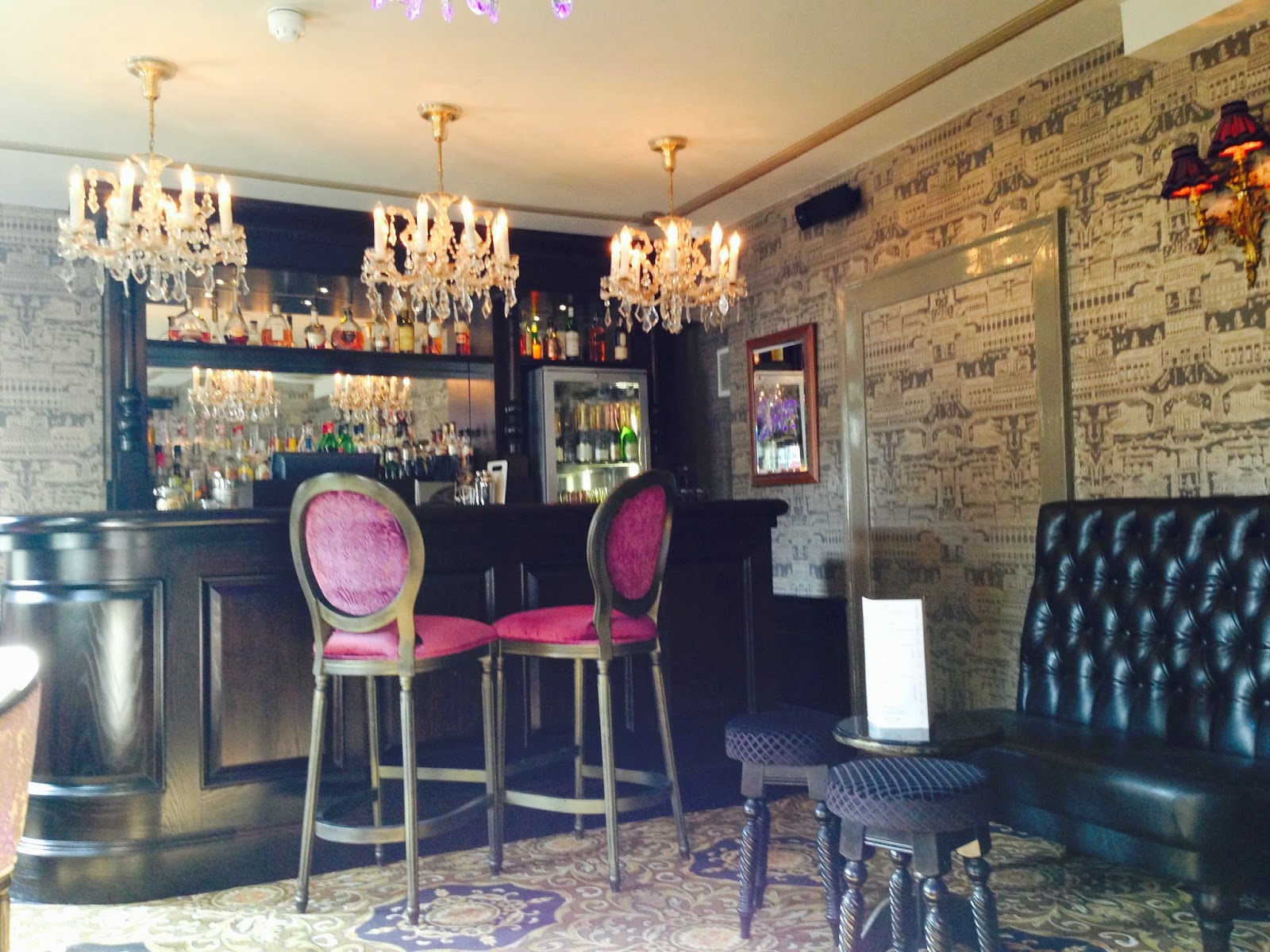 This is the place that, until recently, called itself Gadd’s Town House. The Gadd in question was Nigel Gadd, a local businessman. Now Gadd has become Pringle and Wrightson, which would have been a bit of a mouthful to have in the title, so instead it’s just called The Town House. The new proprietors also own the popular Alvinos bar in Newcastle, which has no leopardskin on the floor, though quite a bit on its customers.**

Google search engines describe this place as “one of the leading 5-star luxury hotels in Durham”, which is slightly misleading, for its stars are from Visit England, rather than the hotel guides. Nevertheless the rooms, decorated equally idiosyncratically, do look comfortable. It’s a boutique hotel in an attractive Georgian building in Old Elvet, close to the city centre, but away from the main drag of restaurants. 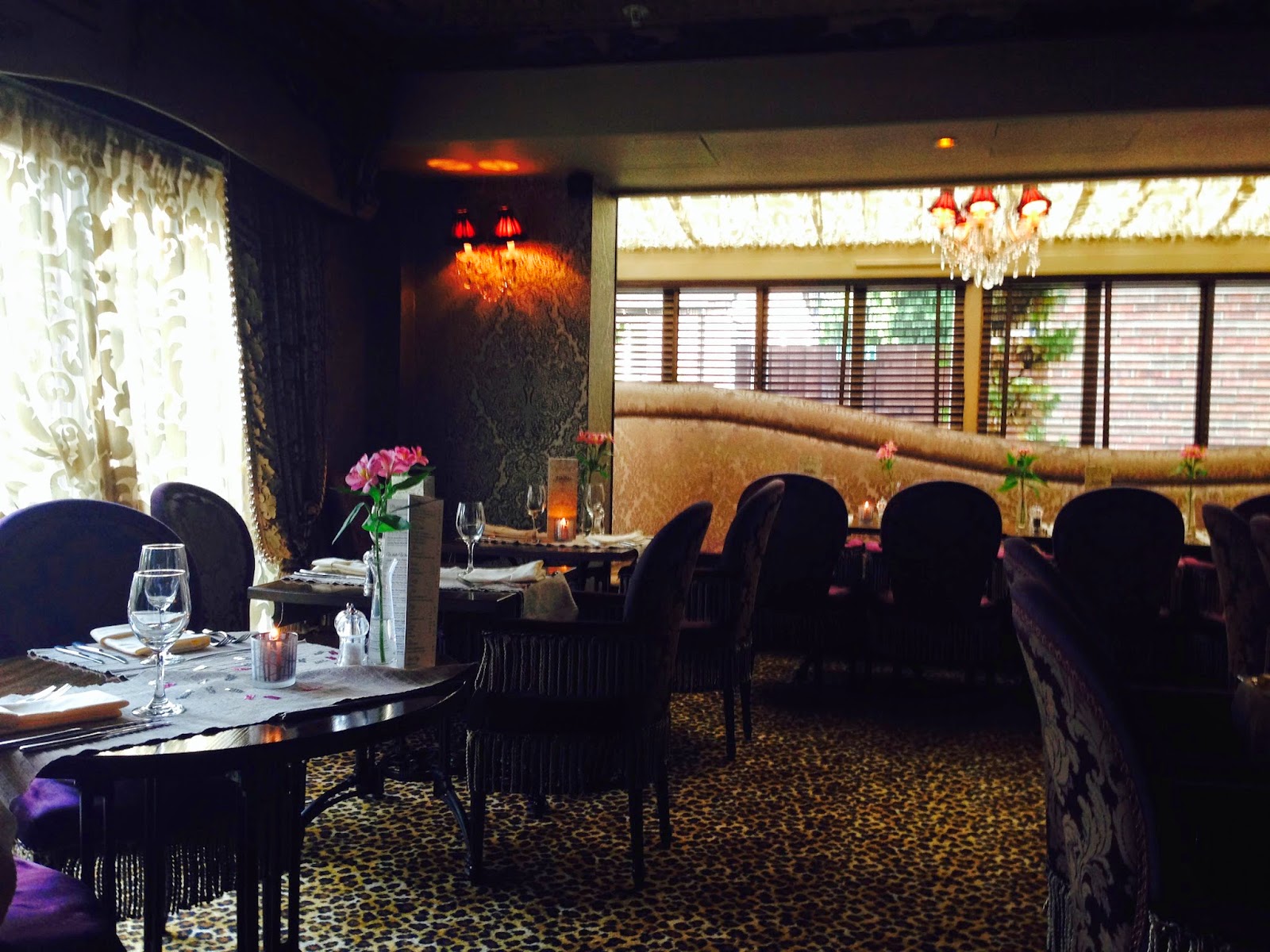 There’s a tiny bar and a small restaurant: an estate agent would call them “intimate”. It all feels like something out of the 1970s, as if it’s waiting for customers to arrive with shoulder pads.

The menu might have been popular with clientele back then: prawns, duck liver pate or Waldorf salad to start, chateaubriand or roast duck with cauliflower cheese on the side – and black forest gateau to finish (here called torte, as if to underline its German credentials). The waitress told us most people come for the steak.

It isn’t cheap: starters cost around £10 and main courses are between £16 and £25 or higher, but there’s an inexpensive lunch menu (2 courses for £12), which is offered between 5 and 7. As we were early, I wanted to mix and match, like every decent restaurant lets you do these days. Not this one.

The manager lady sternly told me that if I ordered a single course from the lunch menu I’d have to pay the full £12 for it, even if I didn’t have a starter. Nobody had told her that in the 1970s it was considered rude to discuss prices in front of female guests. Mrs Diner pretended not to listen.

We ordered a “trio” of prawns to start, and scallops with Doreen’s black pudding. 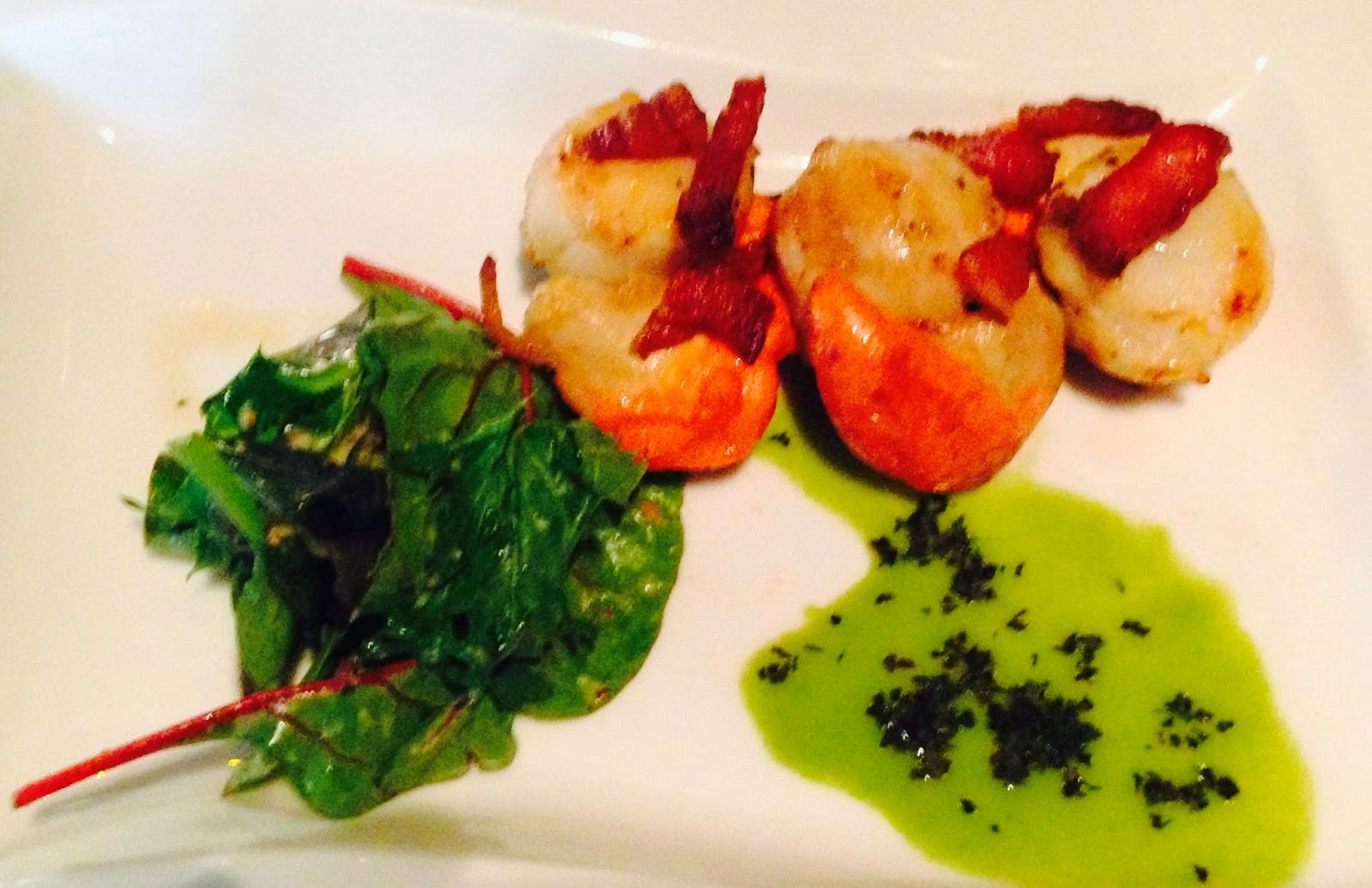 I’ve eulogised about Doreen Haigh’s black pudding before, and the scallops with their coral still attached were just about seared, but the “minted pea purée” wasn’t: it was a loose liquid. 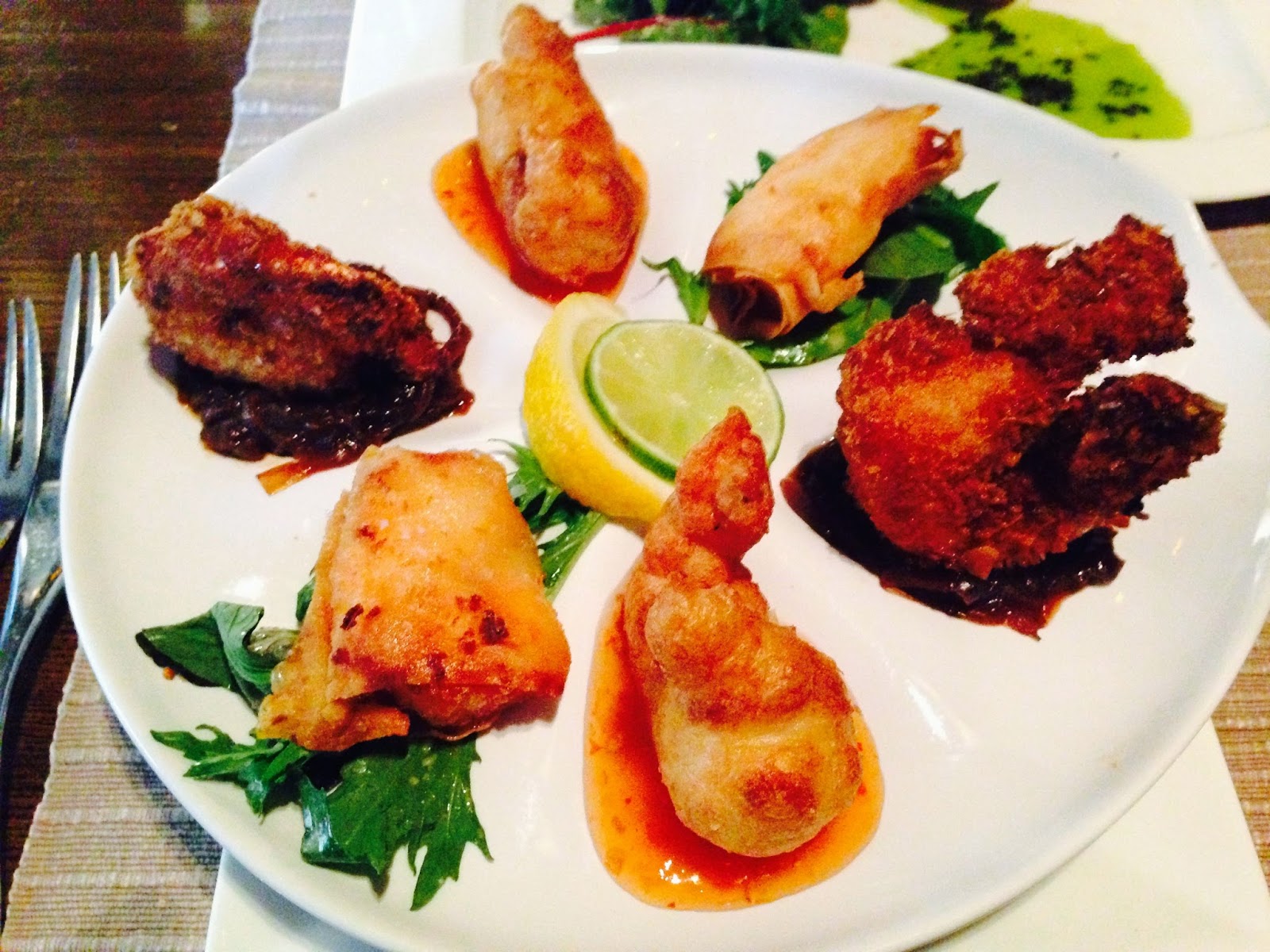 Prawns were poor. Instead of the promised “three ways”, which, for £12, suggested imaginative interpretations of shrimp, these were just whole creatures with different crusts: panko, tempura and spring rolled.

The panko was fine, sitting on an oniony chutney, the tempura wasn’t very light, sitting on what tasted like commercial sweet chilli sauce, and the spring rolls were positively tough, wilting down their pillow of rocket leaves. There was no garnish other than a slice of lemon. Very 70s. 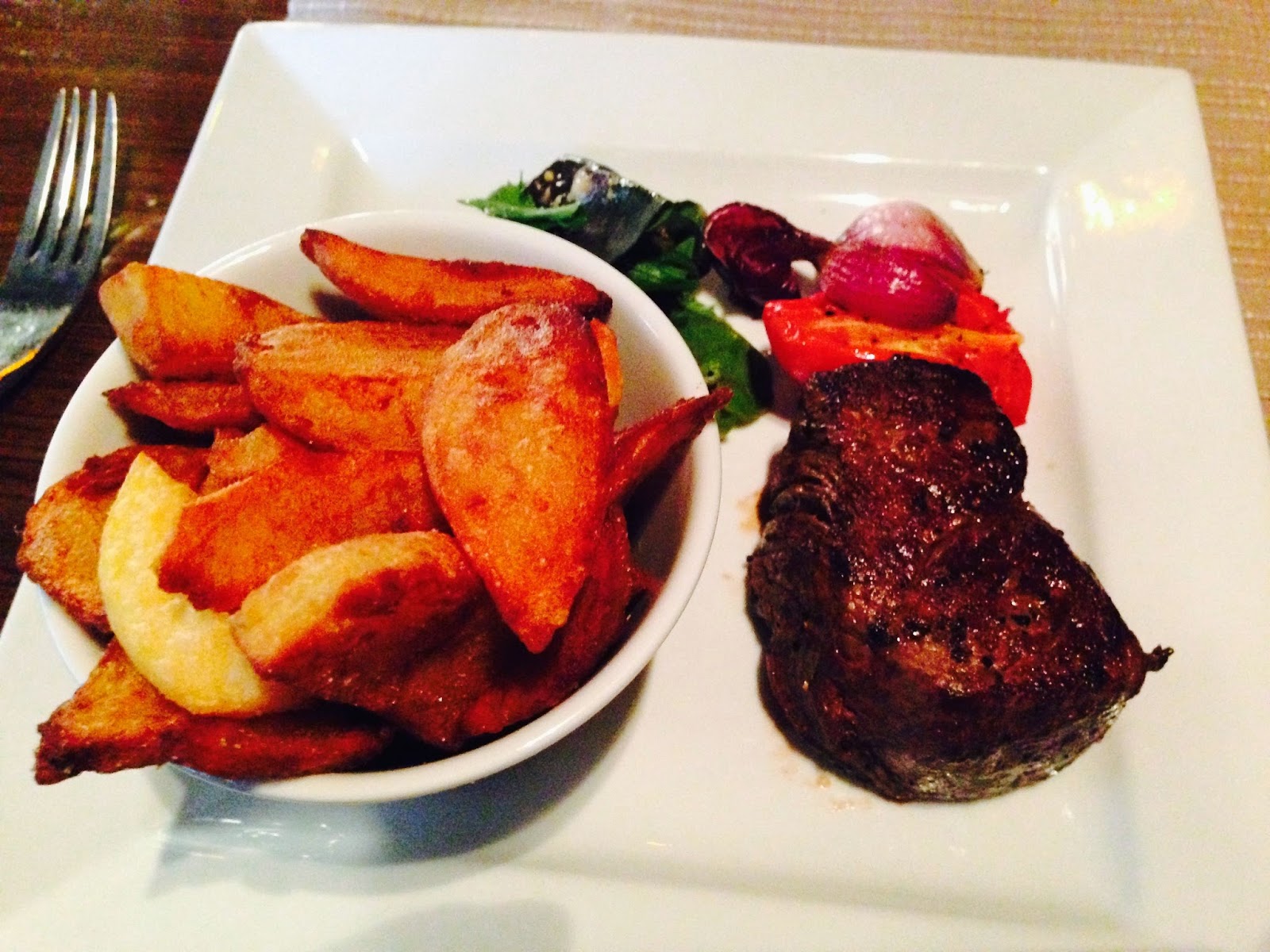 I ordered fillet steak medium rare, and that’s how it came, with roasted tomato and onion and absolutely fantastic chips.

They invited me to “personalise” my steak by added £3 for a little jug of sauce. I couldn’t decide which to choose so asked the chef to pick. He couldn’t choose either, so brought us creamy peppercorn and a very good Bearnaise. I reckoned he would make very good eggs benedict for breakfast. 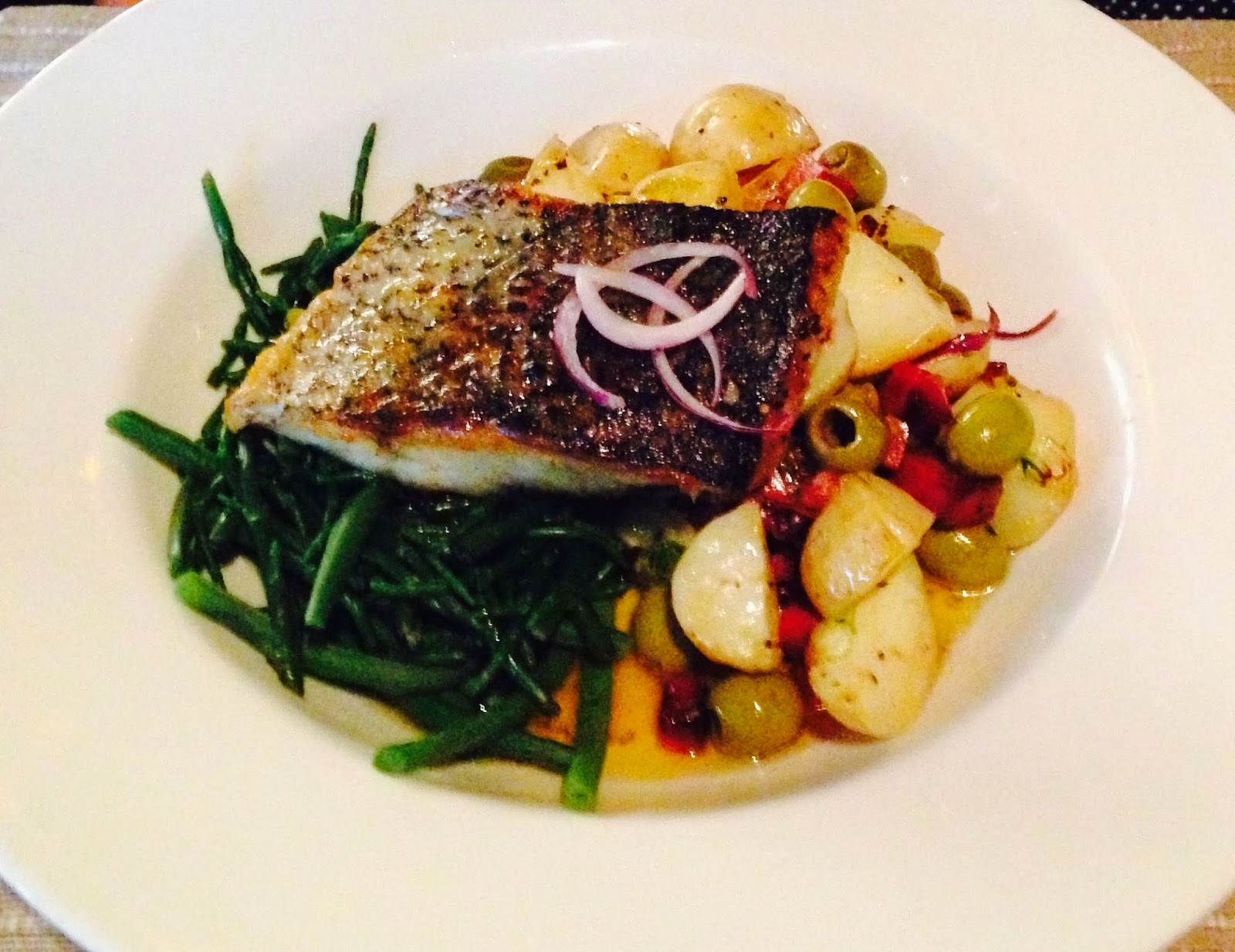 Mrs Diner chose stone bass, which arrived on a nest of sautéed beans and samphire, and potatoes tossed with olives and chorizo.  The fish was fresh and delicious.

For dessert Mrs Diner wanted the crème brûlée but asked the waitress if she could have a couple of strawberries on the side. A platter was brought, with an old, firm brûlée, a pile of strawberries chilled to tastelessness, a little bowl of whipped cream and a glass of something syrupy. And a bill for two desserts. 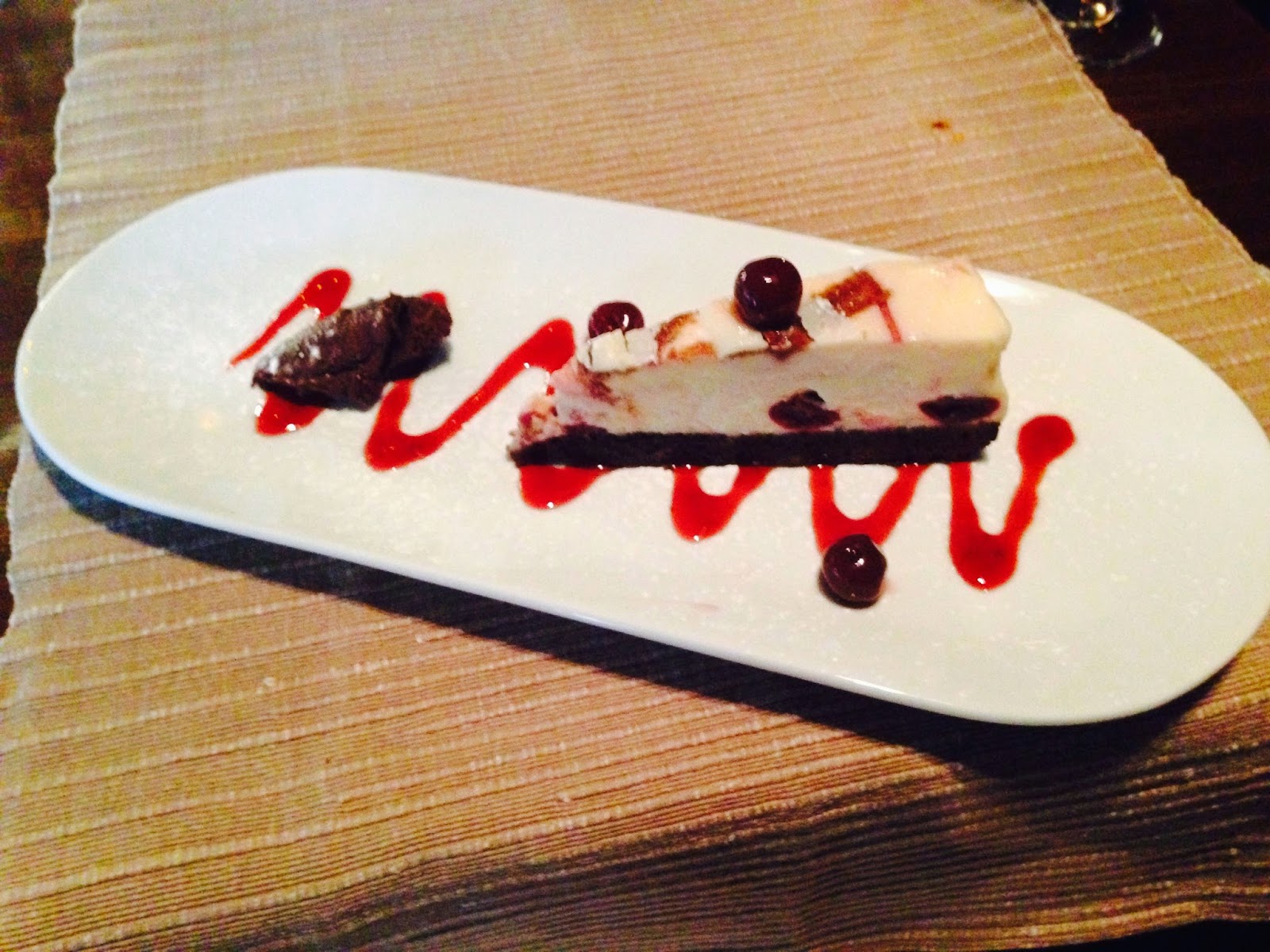 This wasn’t half as disappointing as my “black forest torte”. Its promised “rich dark chocolate” was replaced by what looked like a slab of white cheesecake on a thin sponge base. It vaguely tasted of marinated cherries, but that’s the closest it came to 1970s authenticity.

Shame: if you’re going to do retro, at least do it properly.

**[I must apologise to the customers of Alvinos, whose owner rang me to say they might be offended by my jest about leopardskin. Alvinos is apparently a leopardskin-free zone. I am happy to set the record straight, though Mrs Diner will be disappointed, for she loves an excuse to don her leopardskin stilettos on a Saturday night. She is relieved she didn’t wear them at the Town House, though, for her ankles would have disappeared into the carpet.]