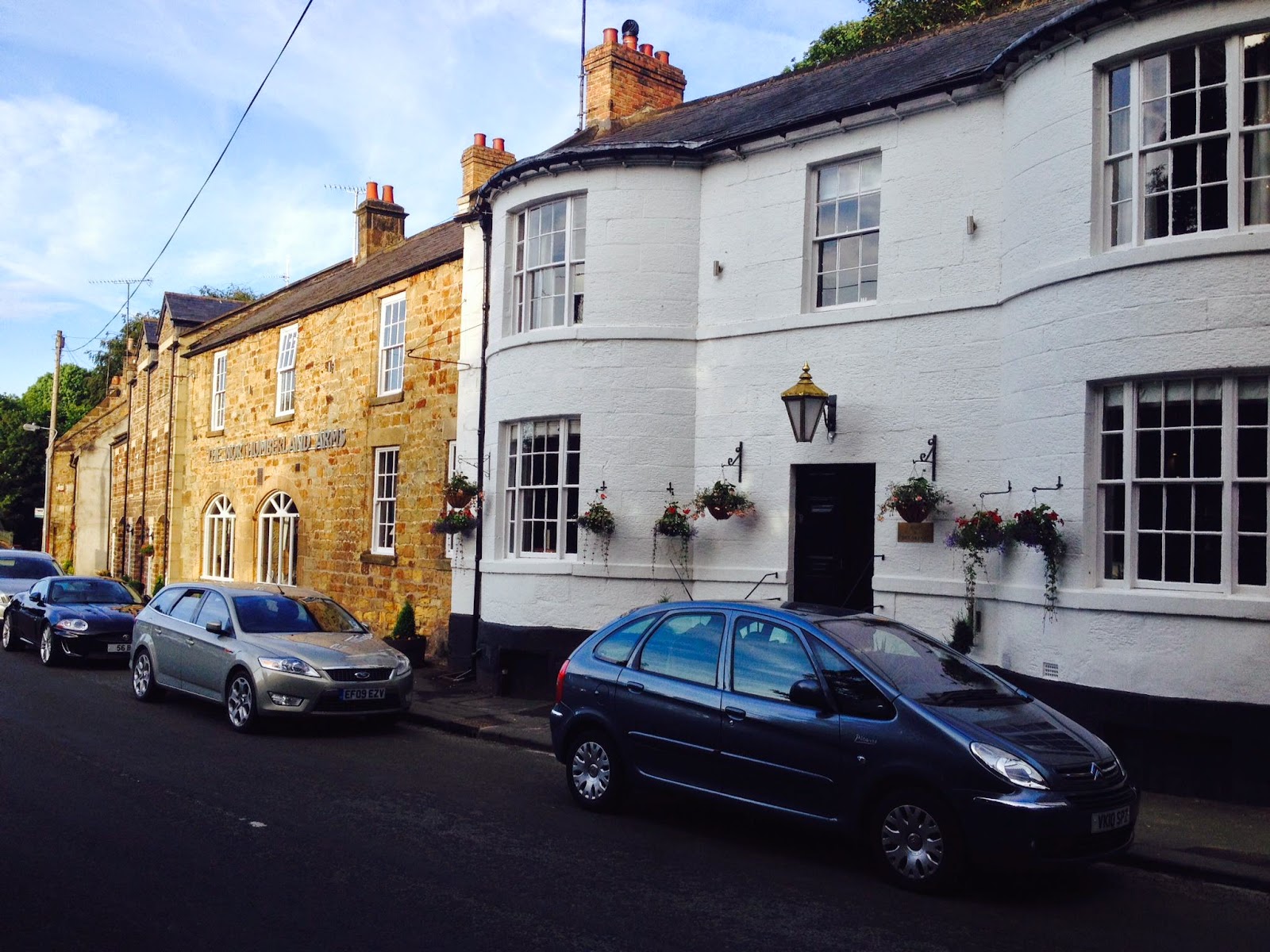 
Something big is happening in Northumberland.

Jesmond Dene House’s new Morpeth gastropub St Mary’s Inn is now awash with builders, and its smart new front doors, installed this week, are likely to open on 1st November with a menu by Michael Penaluna. Also, this week I heard on the grapevine that the talented head chef of award-winning Caffè Vivo, Glen David Robson, has left Terry Laybourne and is now recruiting staff for an overhaul of the food at The Blackbird Inn in Ponteland.

Meanwhile, beside the river in Felton, another Northumbrian pub has been quietly building a reputation with no distinguished chefs in the kitchen.
Keith Pattinson, the estate agent, bought the Northumberland Arms last Summer, and has merged it with Kris Blackburn’s excellent café and bakery across the river, The Running Fox.

They brought in Mark Burnett, who used to be the chef/landlord of the tiny Ox Inn in Middleton. Mark cooks a perfect steak and chips, and the beer batter on his fish is so good I had to ask for the recipe. Consequently, Felton is now a village with very fine pub food, as well as keeping its destination café.

Sadly, Burnett recently left, but his deputy Alan Baldwin, who ran his own restaurant in the Auvergne for many years, appears to have everything under control. 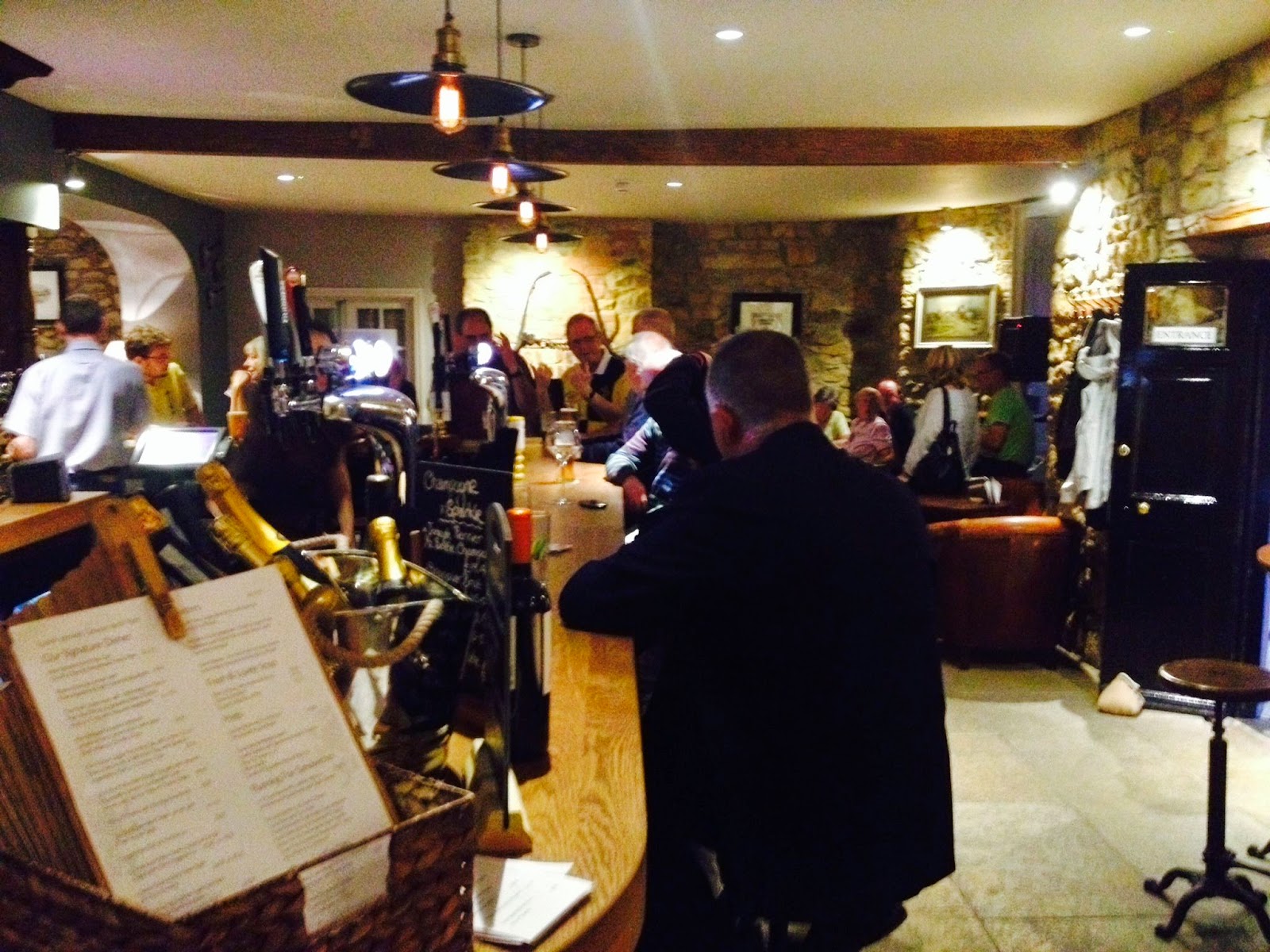 Mrs Diner and I arrived midweek with a few friends and were delighted to see not only a full restaurant of around 50 covers, but also a lively bar. Village pubs must work for locals as well as foodies, and the Northumberland Arms seems to have the right balance. It also has six pretty rooms.

They have a good range of real ales (including Harviestoun’s award-winning zesty Bitter and Twisted, plus several local brews), and a small but sensible wine list, with Languedoc supplying crisp Sauvignon Blanc, smooth Merlot, and fruity rosé by the glass. There are also wines from Sicily, Spain and the New World, plus the concentrated Quercus Pinot Bianco from Slovenia. 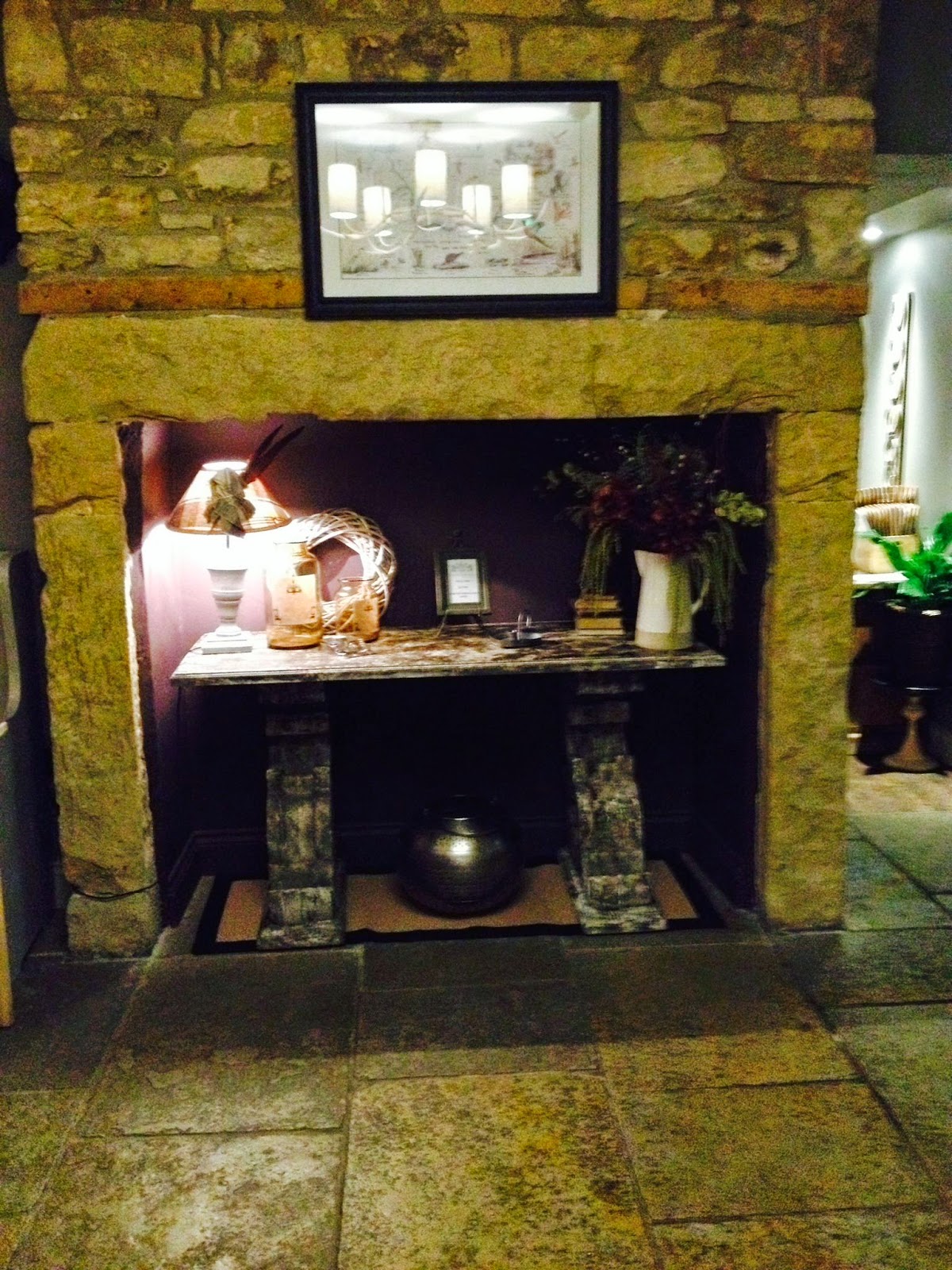 It’s been refurbished in a mushroom and aubergine way, and the woodwork is sympathetically solid, fitting the traditional feel, with exposed stonework and stag chandeliers, wooden floors and tables, and standard lamps with tassels. The loos are very posh (unlike the Ox Inn, where you had to brave the elements outside). 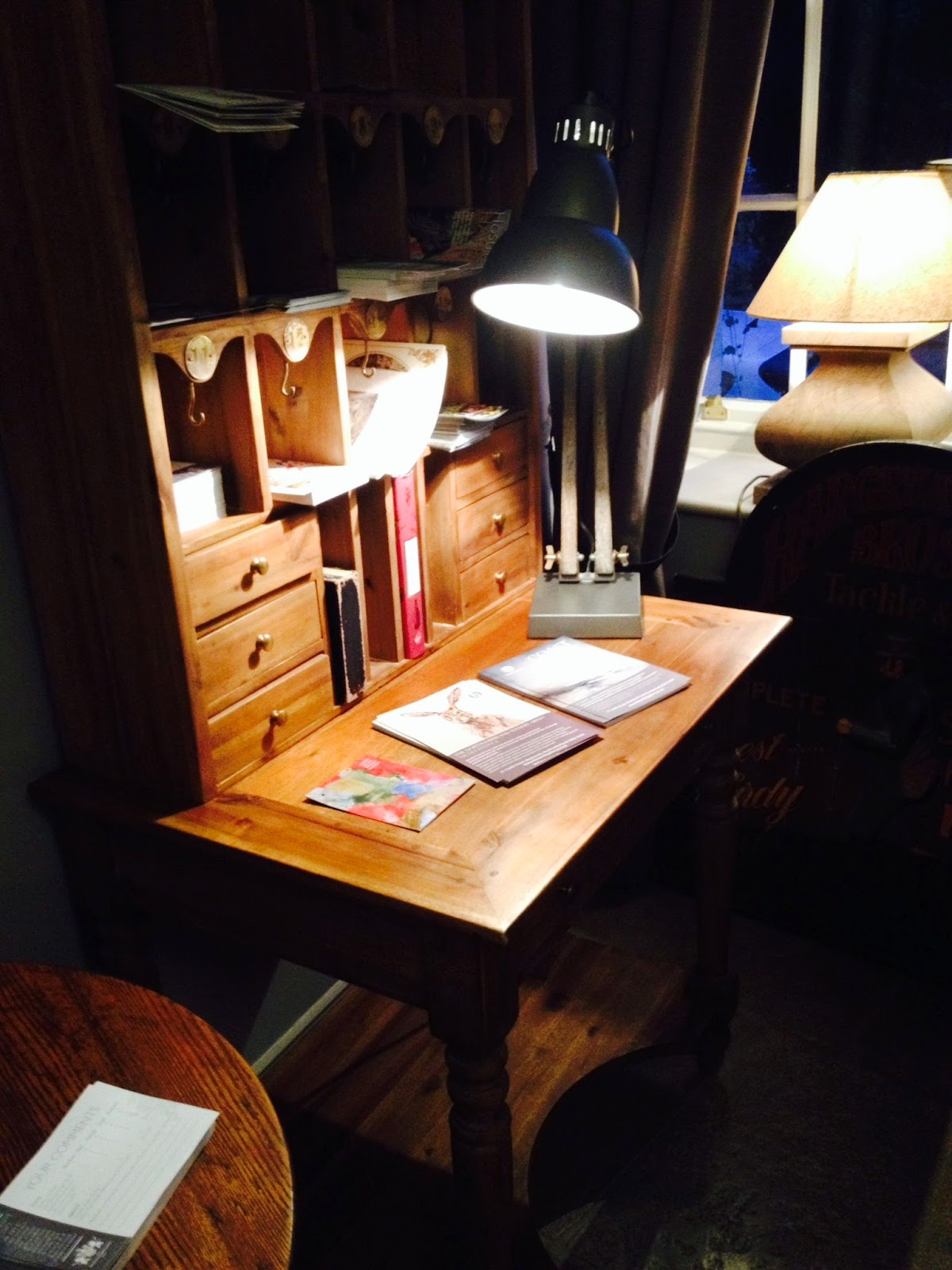 The menu isn't that long but it does have a good selection of traditional pub dishes. As well as the steaks (from Alnwick) and fish and chips, there are runny scotch eggs with dippy soldiers and good brown sauce, wild garlic mushrooms on sourdough, as well as duck, chicken, halibut, lamb chump – nothing earth-shatteringly gourmet here, but reliable modern British pub fare.

And it’s reasonably priced, with starters at around £6 and mains starting at £11 (with fillet steak top of the bill at £25). 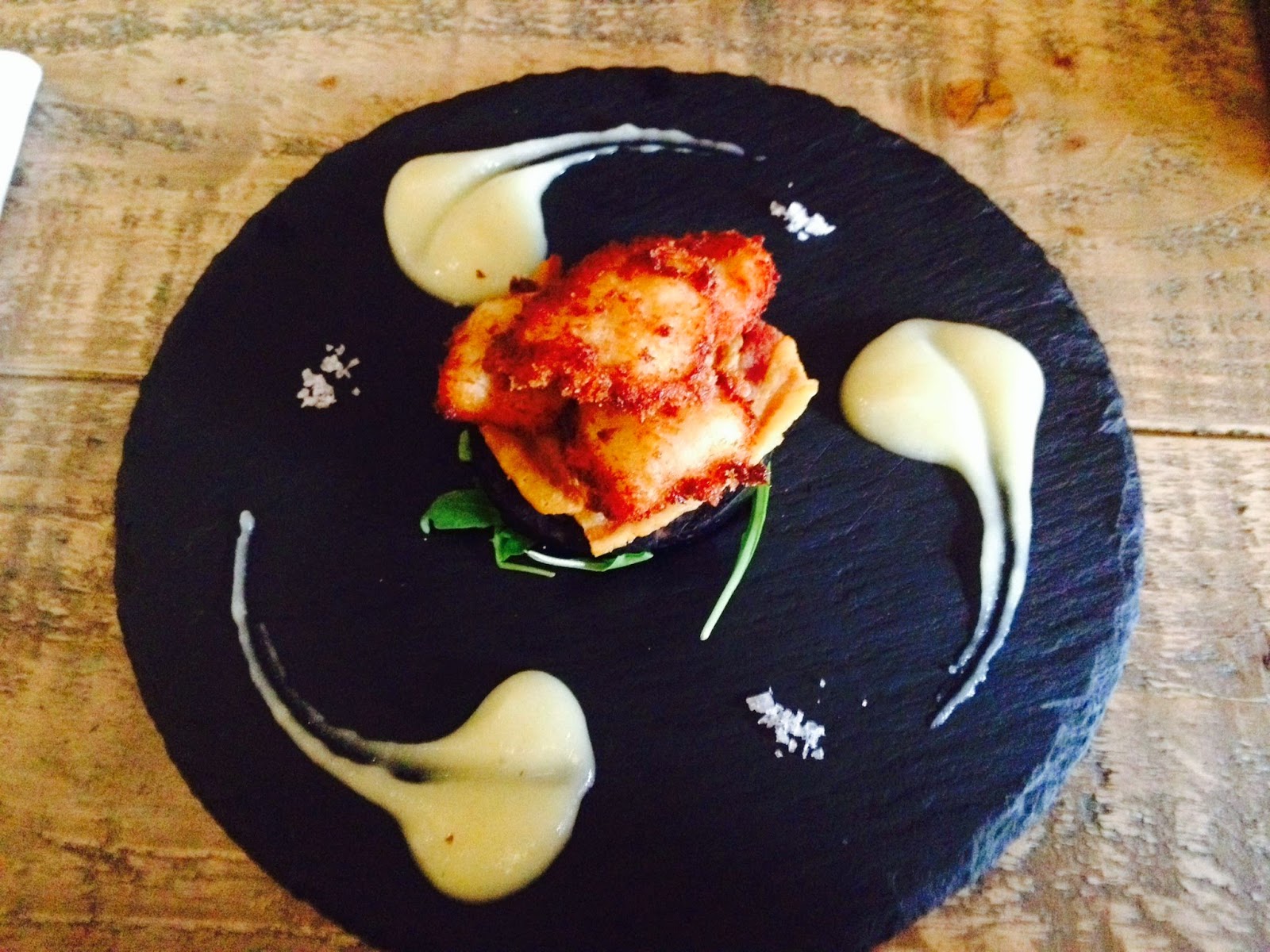 We began with scallops in panko crumbs, which were perfectly cooked and nicely presented, with moist black pudding, fine apple puree and crisp bacon. 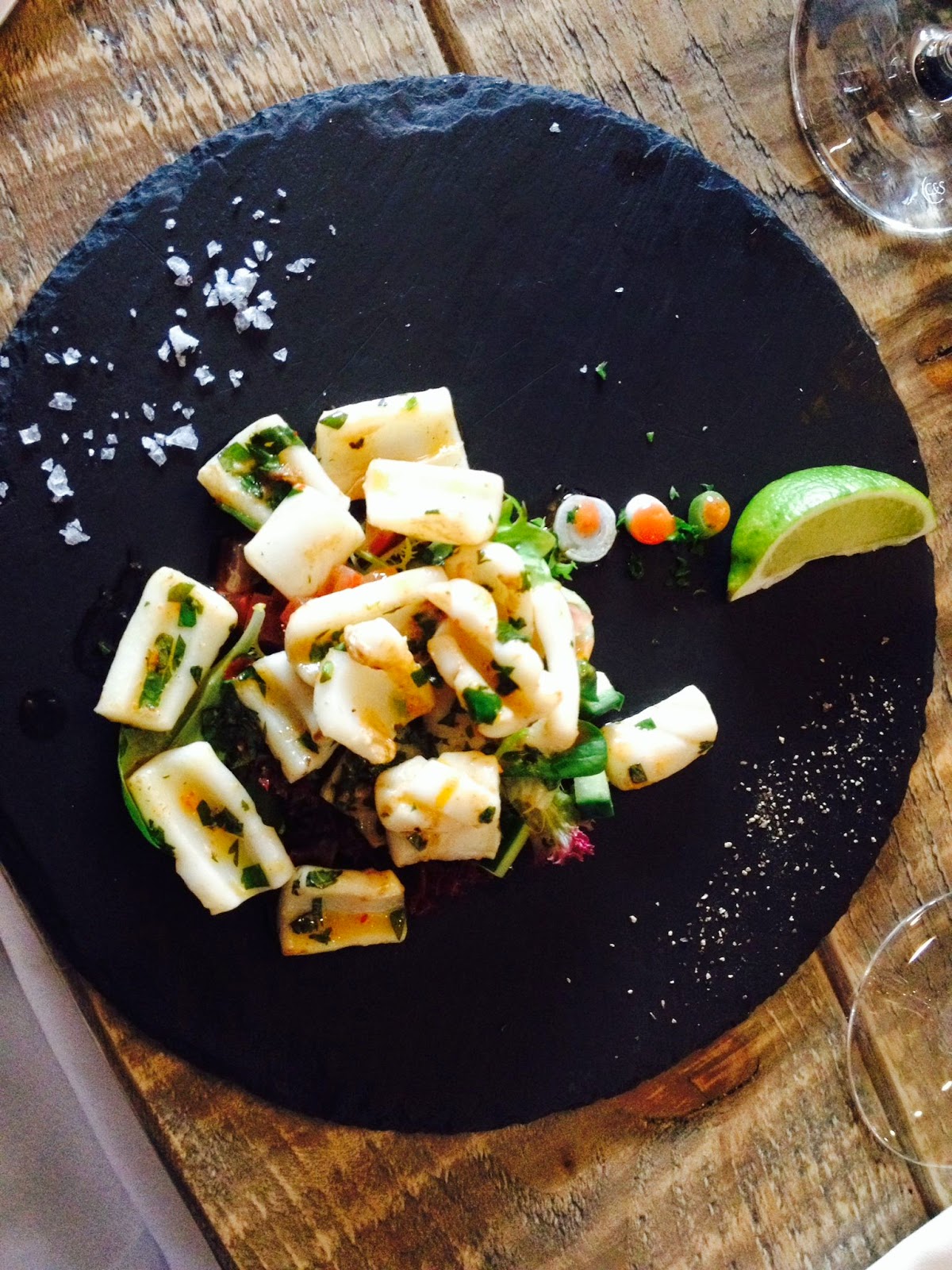 Our seared squid, with wild garlic and chili lime and coriander, arrived more stewed than seared and was a little under-seasoned but we admired its slate plate. 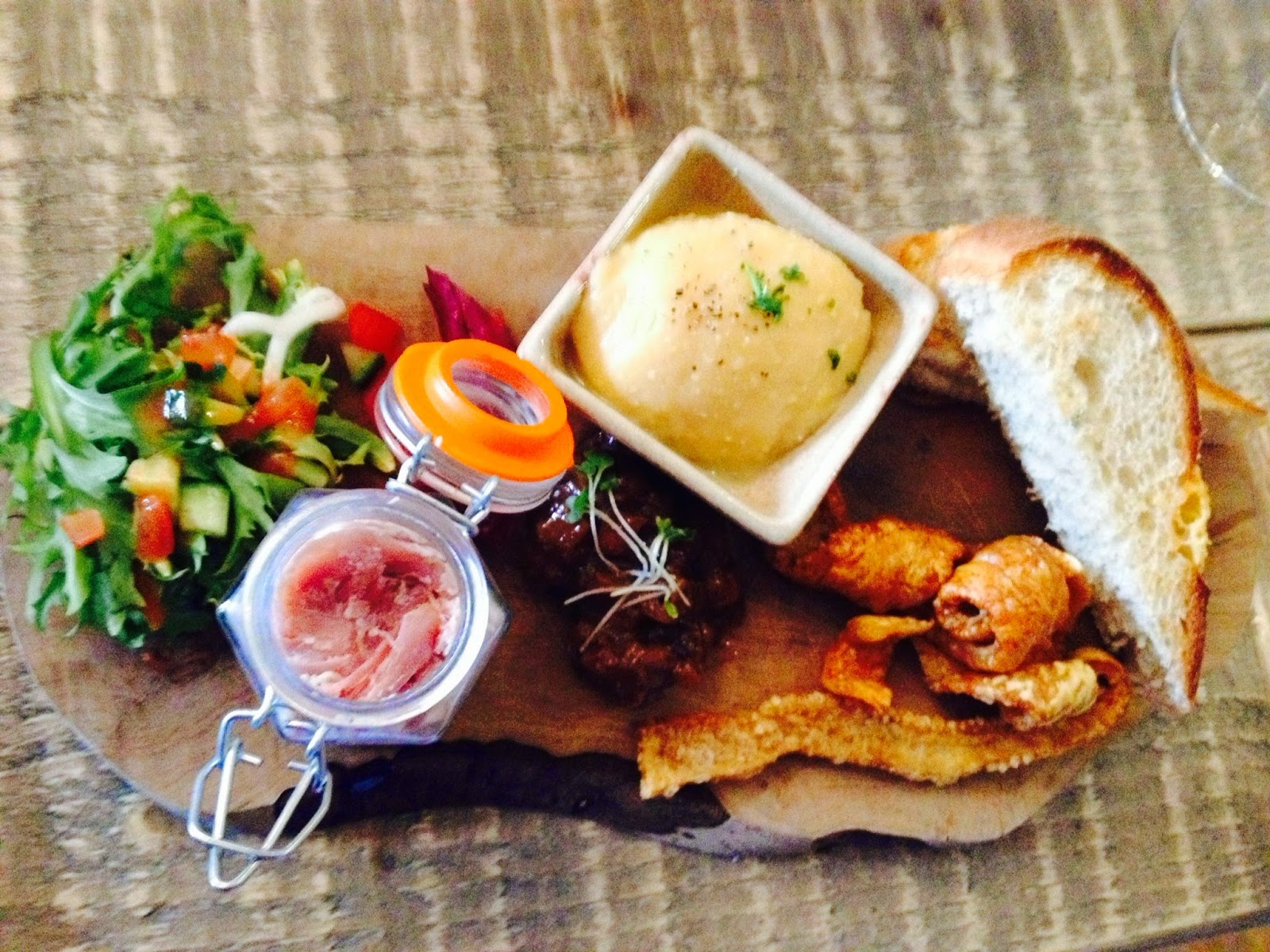 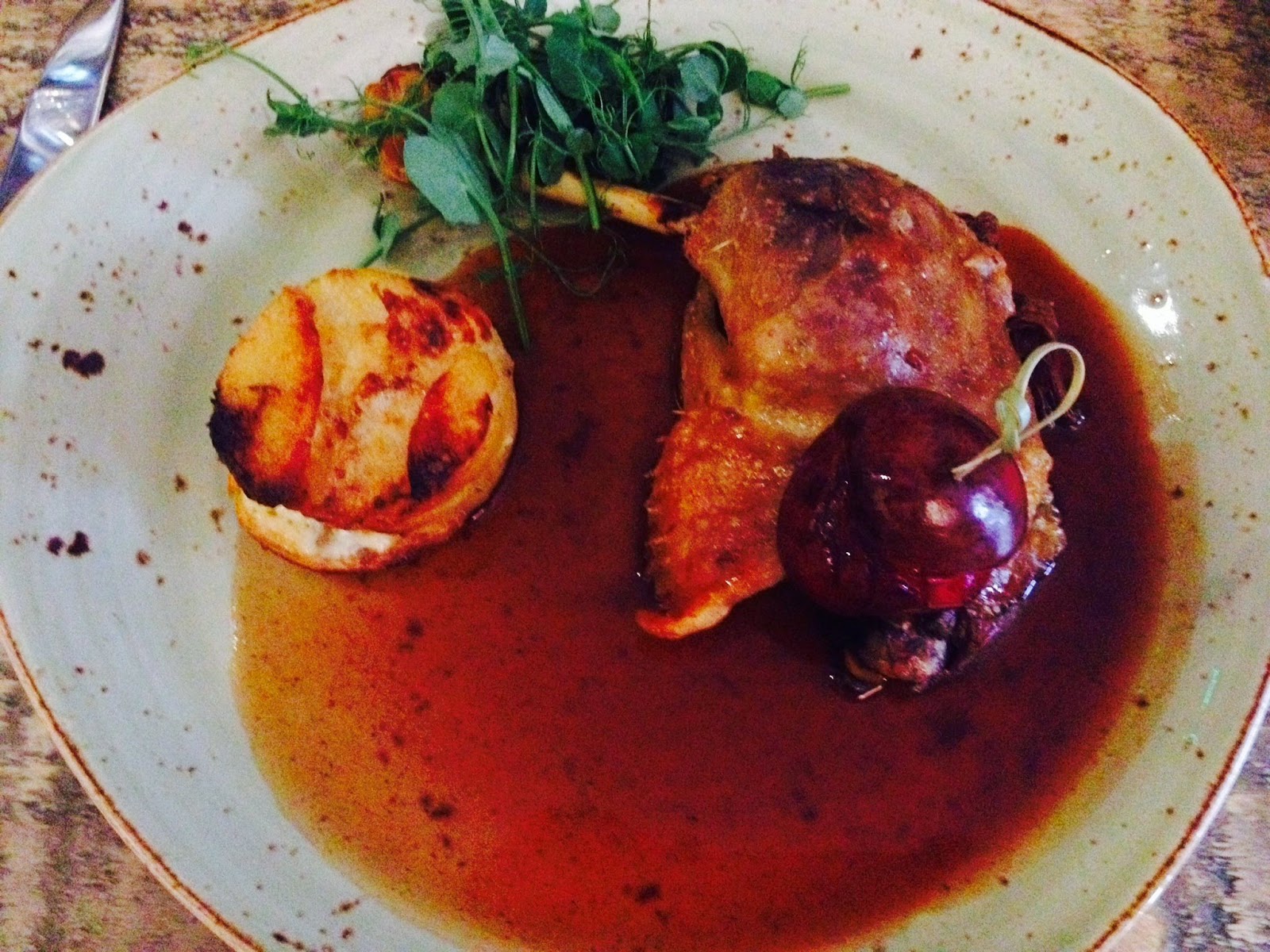 As I could already vouch for the steaks, I chose duck confit, which arrived with crispy skin. They are good at crispy things. It came with a whole plum and a sweet rich sauce. 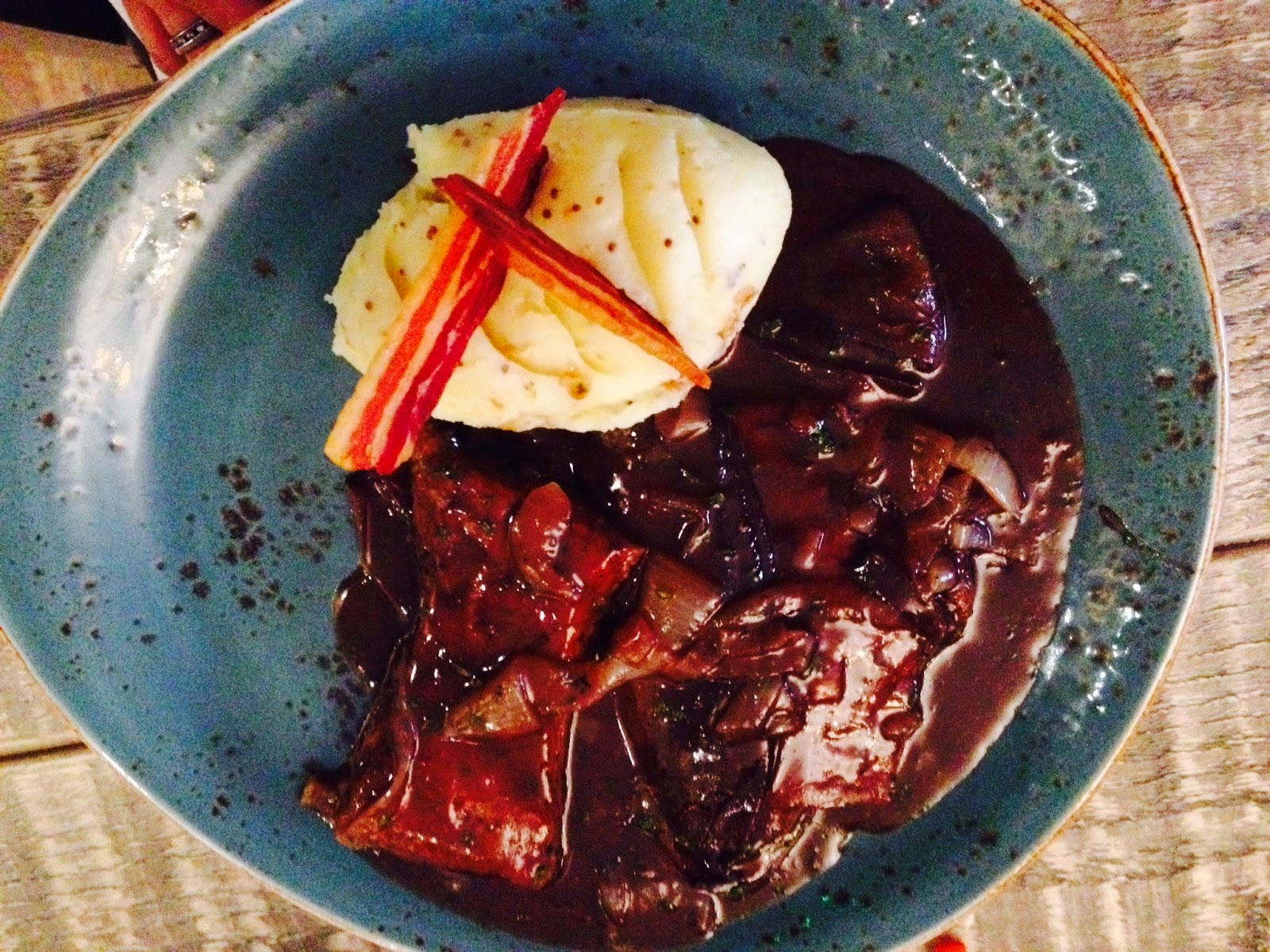 Calves’ liver was of really good quality, thickly sliced and perfectly pink. It was partnered by shallots in a slightly too sickly-sweet dark sauce and wholegrain mustard mash. 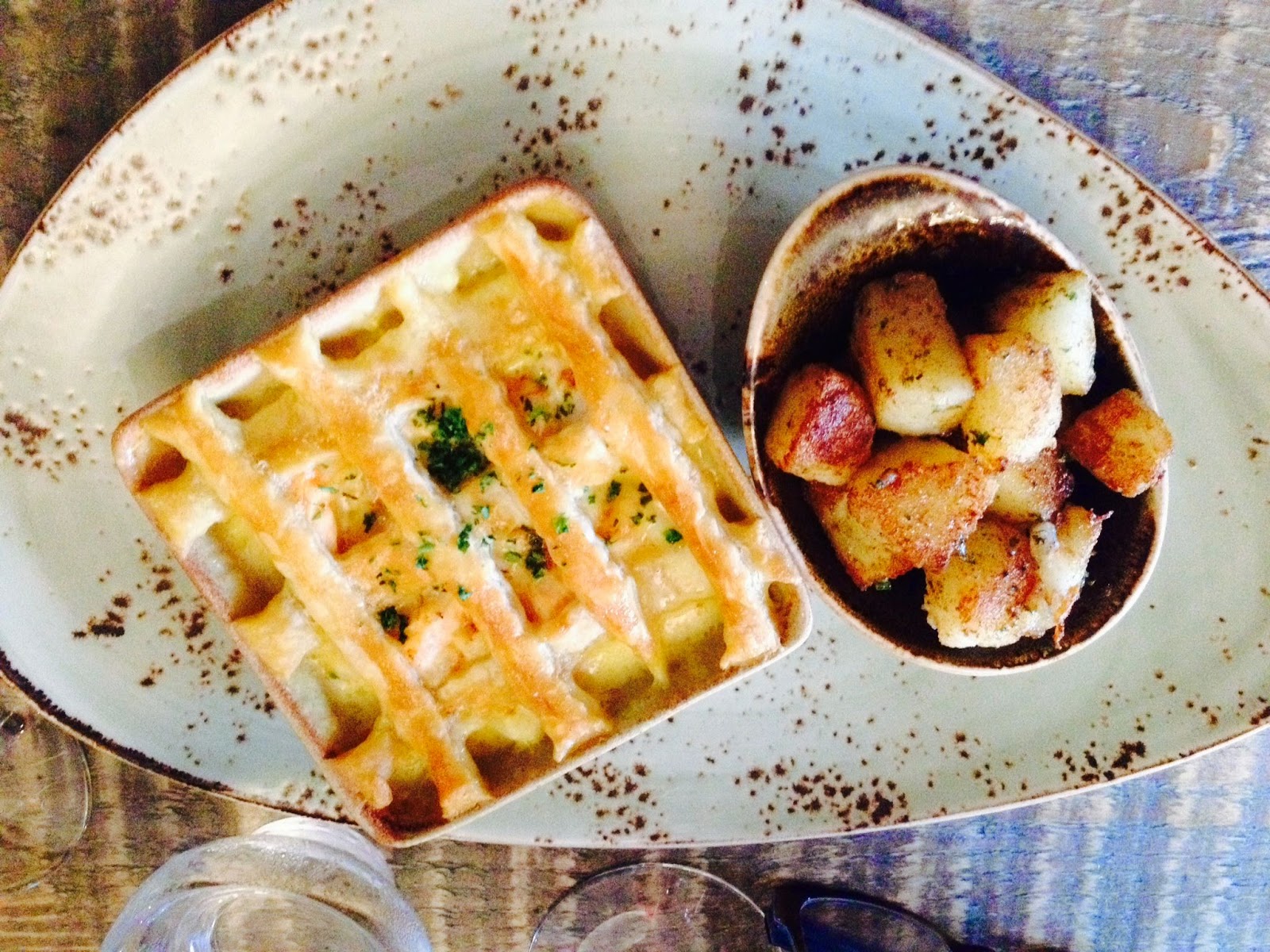 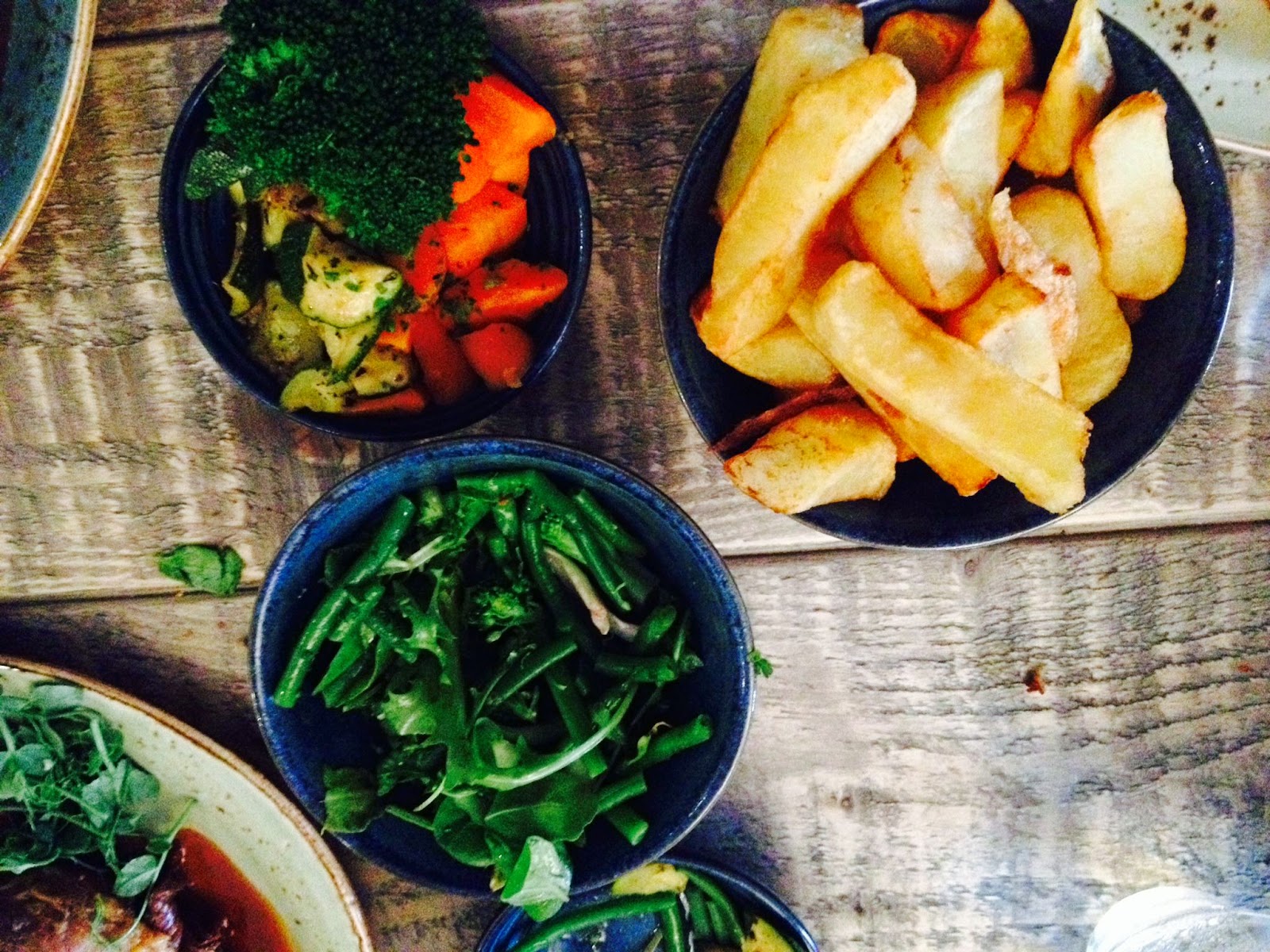 There was rich, creamy fish and cider pie, with buttery latticed pastry concealing shrimp, white fish and salmon, a bowl of herb encrusted parmentier potatoes, and a green side salad of chilled crisp broccoli, peashoots, green beans, and just a few salad leaves. Chips were hand cut and excellent. 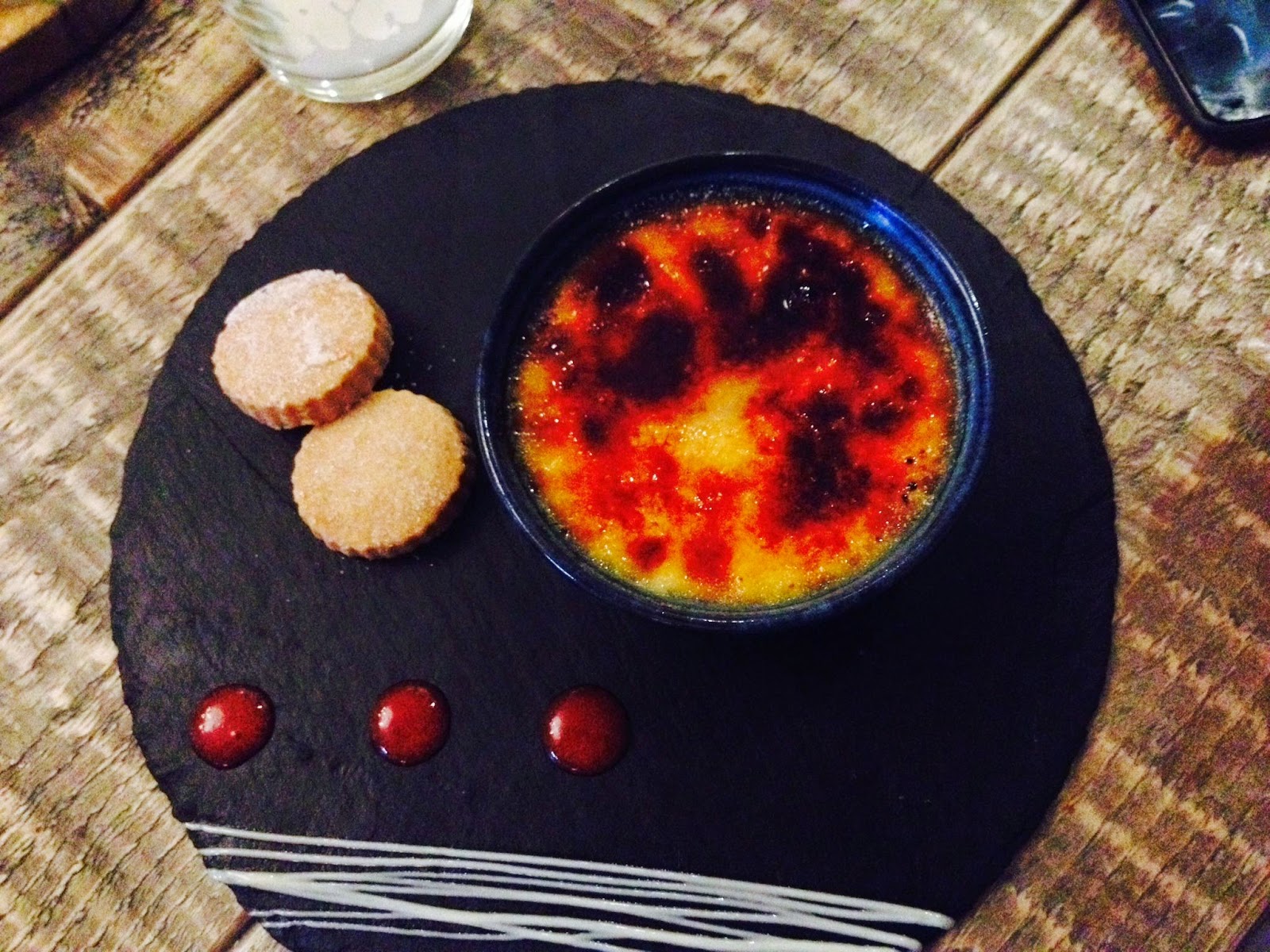 Aside from the soggy squid, my only reservation was the strange addition of grapefruit to what would otherwise have been a perfectly acceptable crème brûlée. 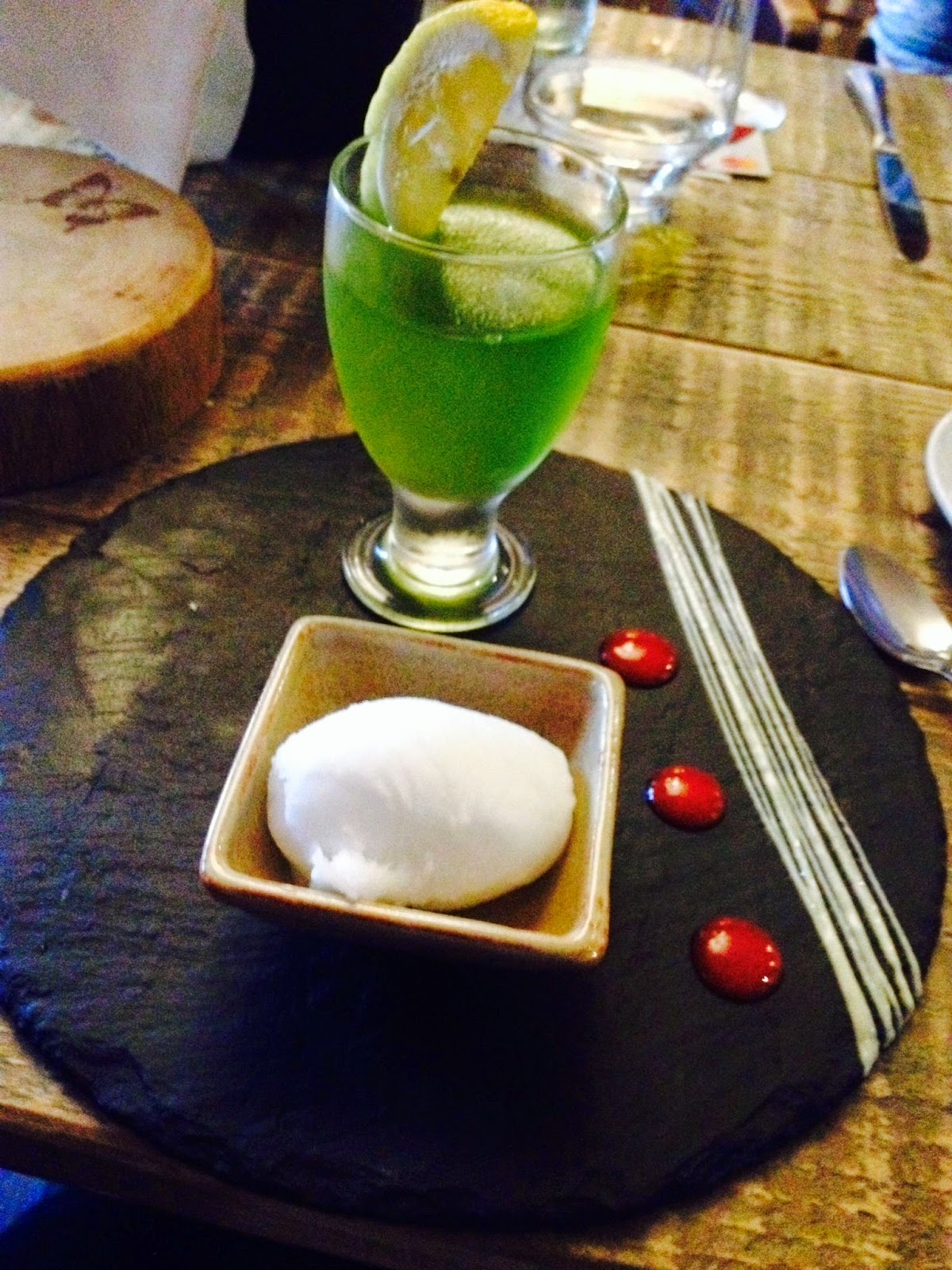 We also had a novel gin and tonic jelly dessert with fizzy tonic sorbet and perhaps a touch too much lime.

Service was enthusiastic, friendly and confident. 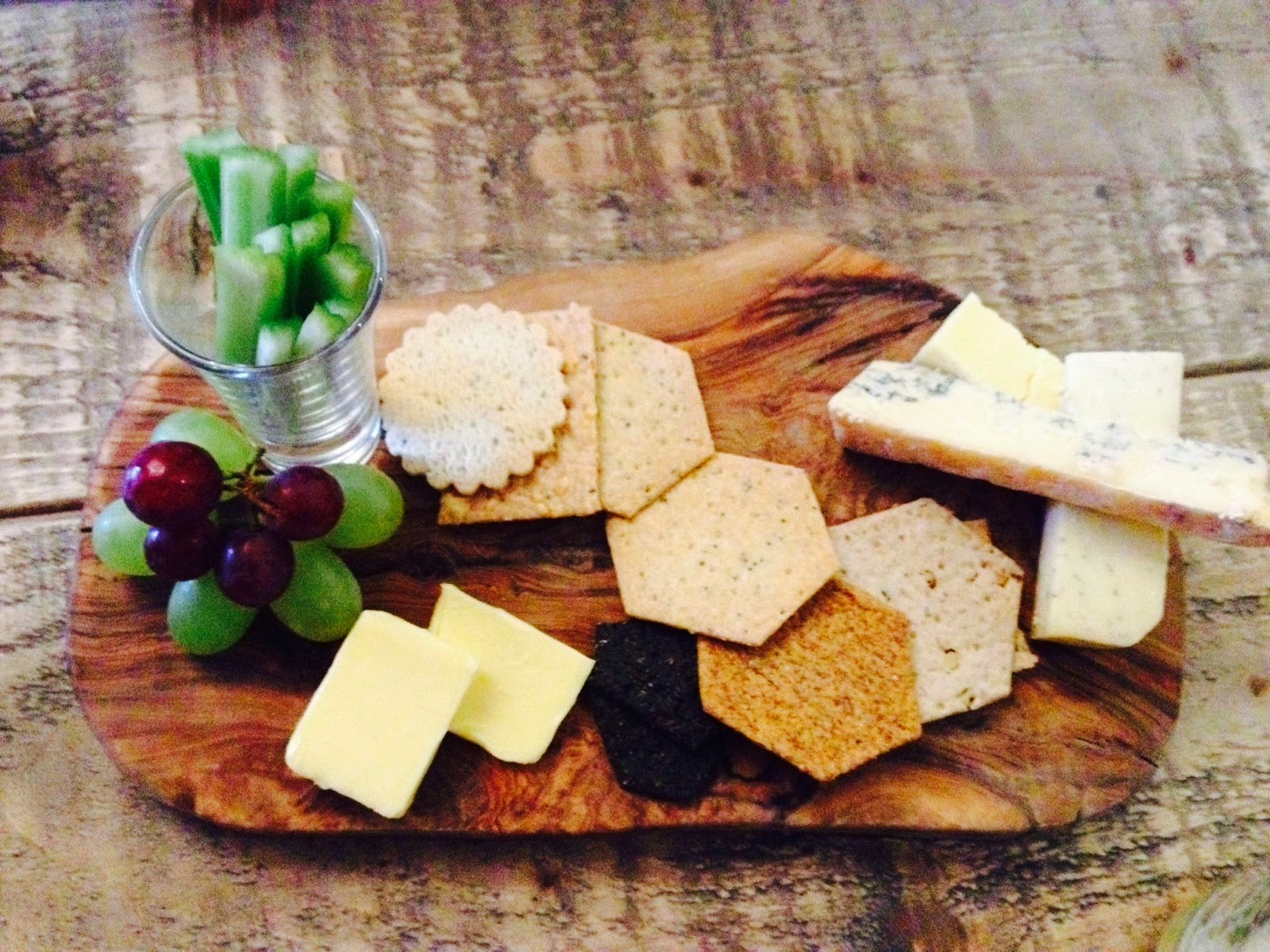