It’s three years since I last visited Rockliffe Hall. Back then, it was to try Kenny Atkinson’s food. Sadly, he was off that night (although the restaurant pretended otherwise), and it showed. As a result, the cooking only deserved 3 stars from me and Kenny was cross.

I hope he has forgiven me, now that I’ve given his excellent new House of Tides 5 glowing stars. It should be on course for a Michelin gong, once it’s sorted out its front of house. But what of the place he left behind?

Rockliffe Hall is an important venue for the North East, a place to take clients or the inlaws. But a 5-star hotel with a 3-star restaurant? Surely that’s wrong – it was time to set the record straight.

Even without a celebrity chef, its publicity still offers an ‘exhilarating foodie experience’ with a 7 course tasting menu. Mrs Diner and I wanted our experience to include a wine pairing, so we made a night of it and booked a room.

I’m happy to report that Rockliffe Hall Hotel fully deserves its five stars. It has fabulous staff, and our room was immaculate, huge and opulent, with a terrace and a nice view over the grounds.

Although the Orangery restaurant remains a soulless greenhouse, with a brooding formality, its cocktail bar is comfortable and the staff are friendly and efficient, so despite the rather cold ambience, it has all the ingredients of a five-star meal. It just needed five-star food.

There’s an accepted procedure to tasting menus. There’s a set list of courses, then Chef adds a few little surprises. Amuses-geules of genius, tiny palate cleansers, extra desserts to amaze you and send you home with a smile. You expect the chef to show off, maybe try something new – that’s what you’re paying for. 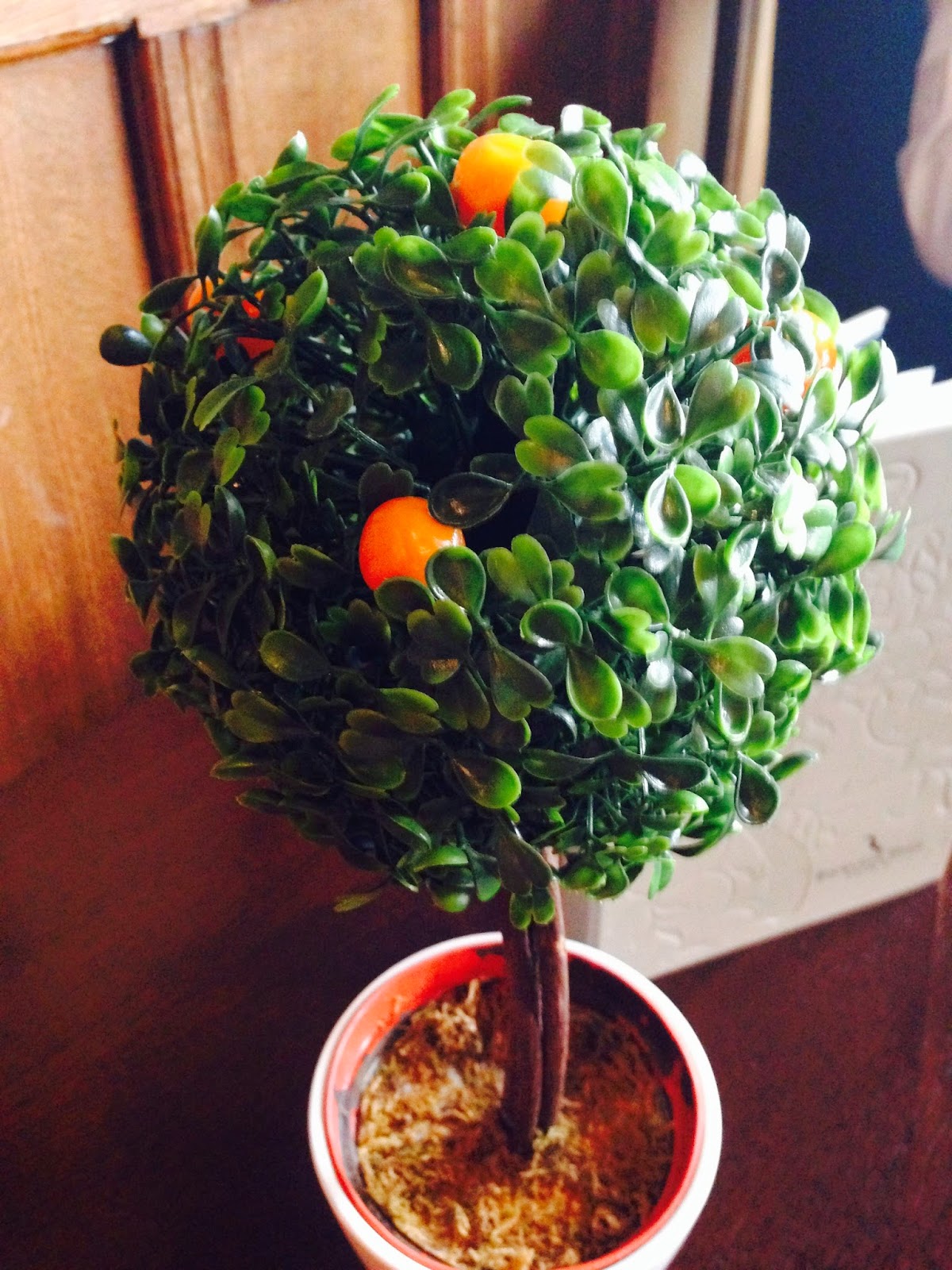 Which in the case of this ‘Signature’ menu, was £65 for the food, plus £35 each for the wine. For the same price, in addition to the advertised dishes, Atkinson’s House of Tides had brought us two great appetisers in the bar, little cubes of melting lamb, and a wonderfully crazy dish of leeks with truffle ‘soil’. By contrast, Rockliffe’s pre-meal offering was a few nuts in a bowl and a plastic tree brought to the table bearing a few physalis injected with alcohol. That was the surprise. It all seemed rather mean. As was the meal itself. Less signature, more rubber stamp. The ‘appetiser’ was a tiny cup of very ordinary carrot and coriander velouté. This wasn’t showing off, this was taking the potage. There was a plate of beetroot-cured salmon with some Jersey royal potatoes, horseradish cream and a few pickled beets. It looked pretty enough, and it was well presented, but it wasn’t exactly exhilarating. 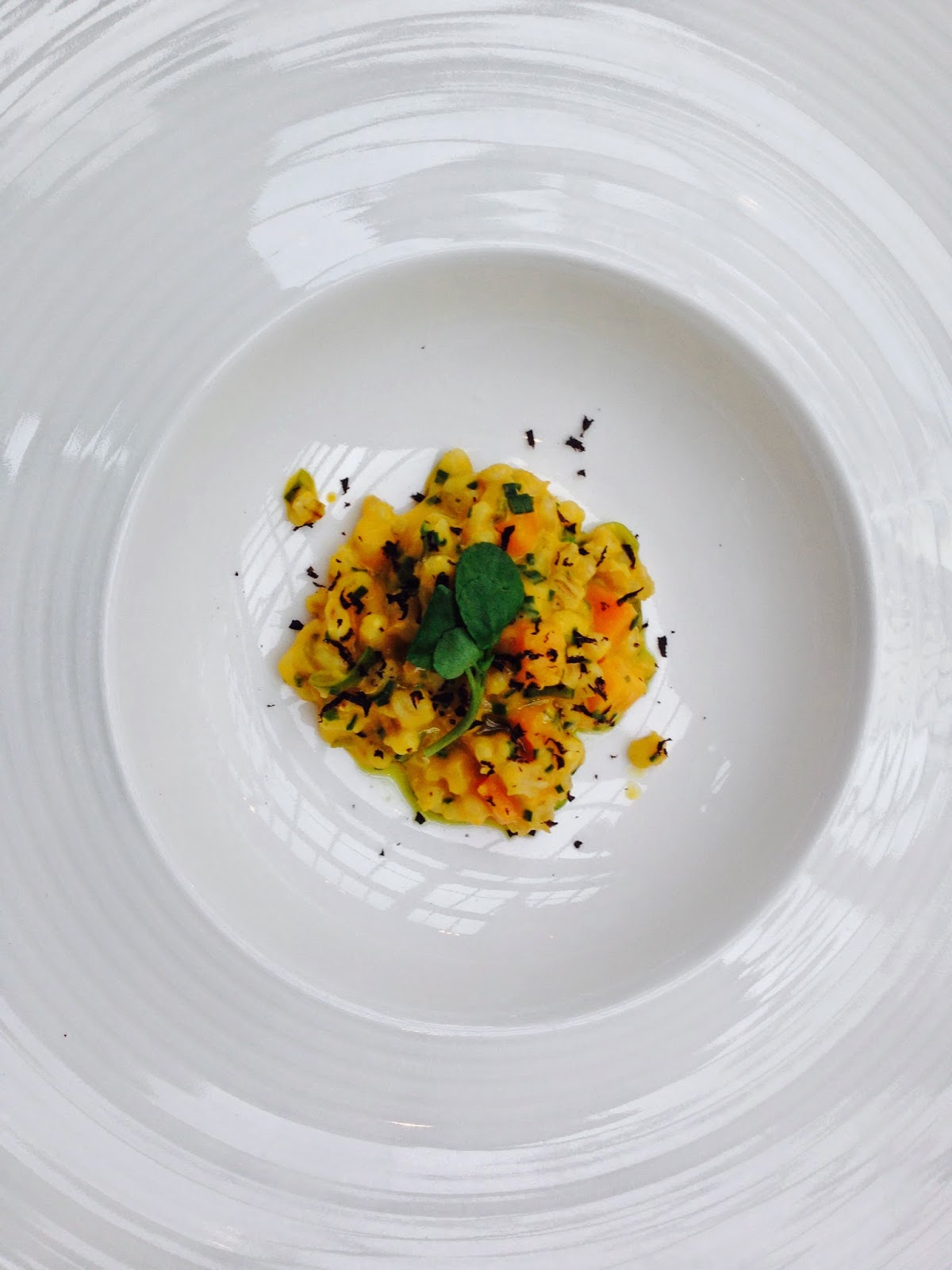 Then a large white plate arrived containing the tiniest portion of orzotto I have ever seen. A few grains of barley, some butternut squash, and a sprinkling of truffle. It tasted fine and the truffle was aromatic, but it wasn’t big enough to be an “experience”. Our next course was duck (rough) pressed with layers of foie gras (smooth and creamy). That was it, apart from a dollop of sauce, a slice of fig, and a solitary sad mushroom, like a lost worm sprawled on the side. All three starters were garnished with the same pea shoots.

Extraordinarily, there was no proper fish course*. I can’t recall a non-vegetarian tasting menu without a marine representative. Instead, we moved straight on to beef. Think fillet, and you’ll picture something red and succulent, especially when it’s partnered with slow-cooked oxtail. So imagine my reaction when the steak was sent out grey. 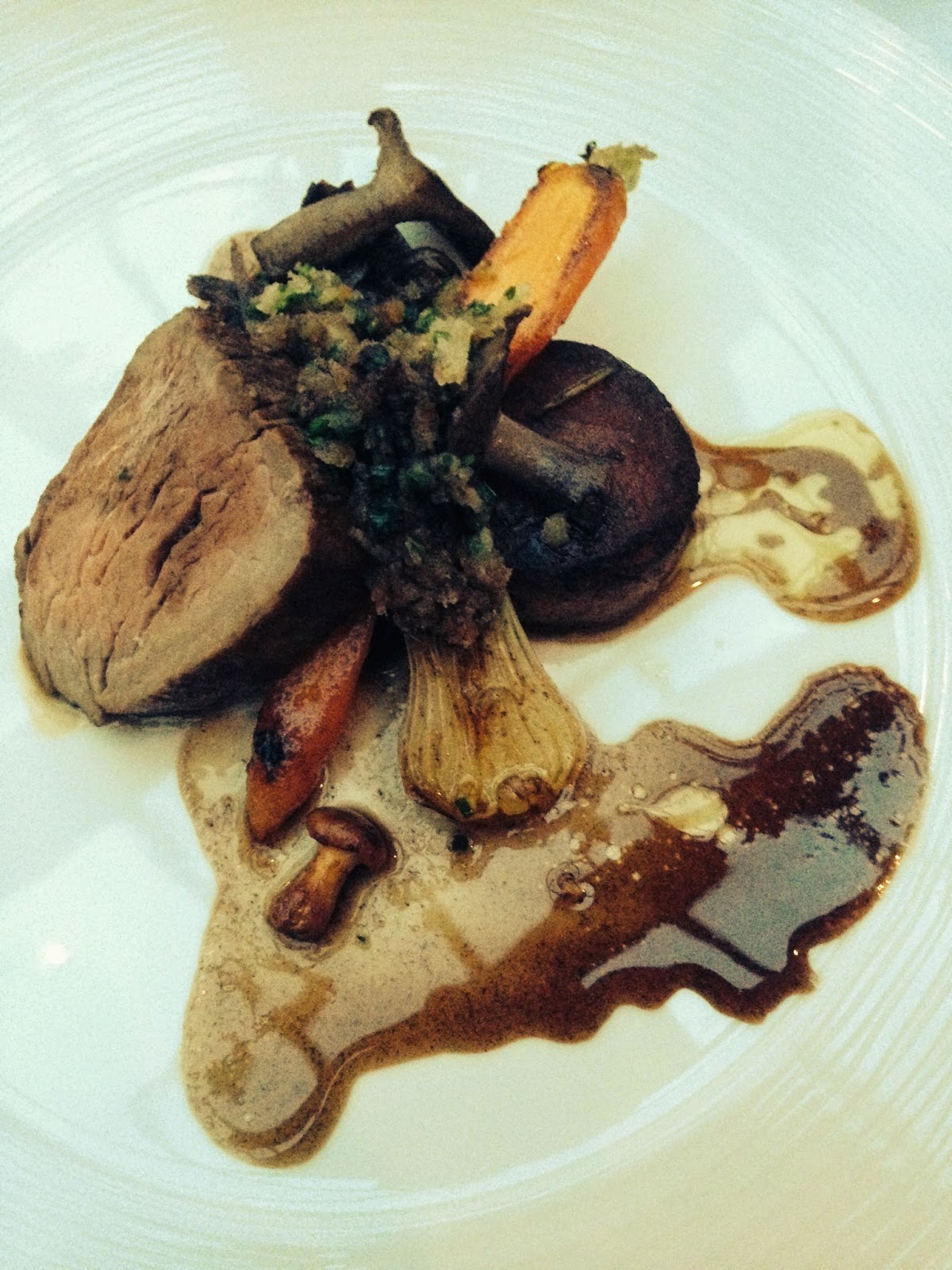 I don’t know who was on the pass, but no head chef worthy of the name would have let this through. It didn’t matter that it had nice bone marrow, and some aromatic fennel, this was disrespect for customer and cow.

Normally I would have been cross and sent the thing back, but we were actually in a very jolly mood, partly because the service was so friendly, but mostly because of the wine.

The sommelier at Rockliffe Hall is Grace Matterson. She was away on a course learning to be even better, but her deputy led us through the pairing with an impressive depth of knowledge. We had vintage Nyetimber champagne to start, 3 Amigos from Margaret River to accompany the spoonful of orzotto, and a good Riesling for the foie gras. As to the steak, the overcooked was overlooked because of a gorgeous Bierzo Mencia 2006 by Pittacum. It was smoky, toasty, earthy, herby: everything the dish wasn’t, but should have been. This Signature menu was a wine list in need of a food pairing. 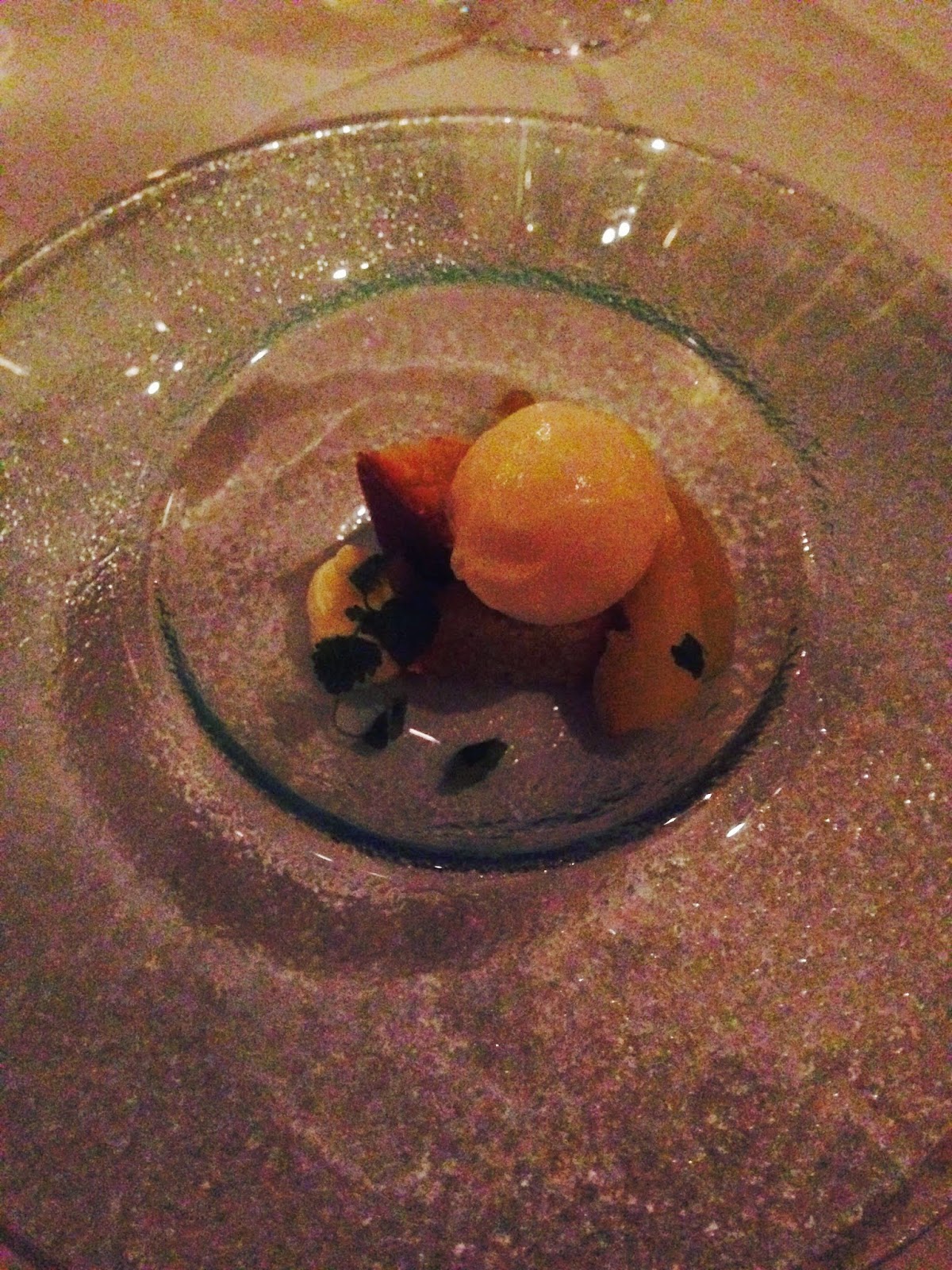 There followed a pre-dessert white chocolate parfait so frozen that no spoon could pierce it, with some freeze-dried raspberry. And then an assembly, rather than an invention, of almond cake, pear and vanilla, which was outclassed by Andrew Quady’s excellent Essensia orange muscat.

*One anonymous correspondent (see Comments below) points out that a salmon is a fish - perhaps it's a reflection of the rather underwhelming qualities of this starter that I haven't counted it as a "fish course"!