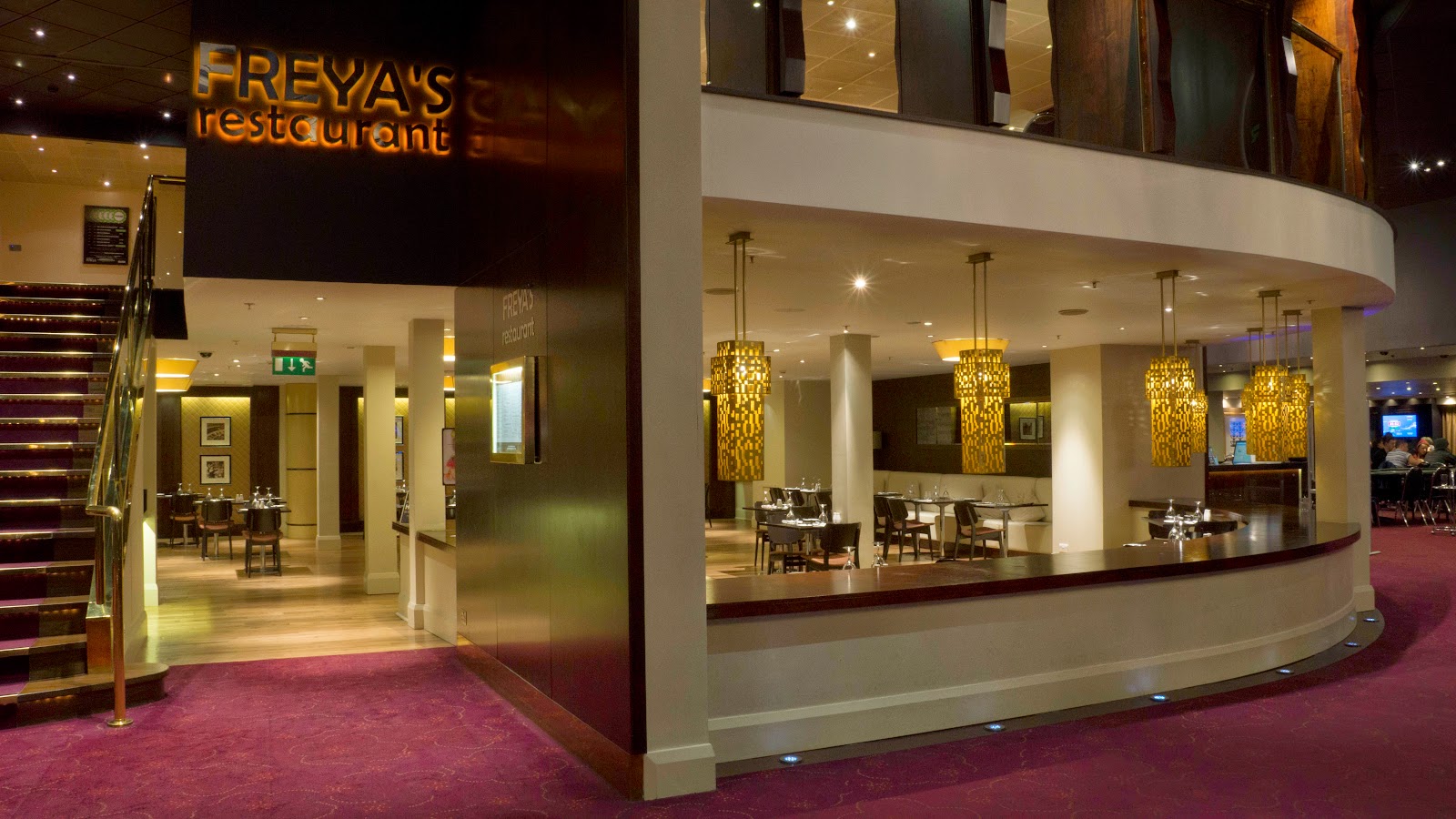 
Sadly you won’t see Freya in here. The daughter of TV presenter Donna Air and Aspers owner Damian Aspinall turns 11 in a few days’ time, but children aren’t allowed into casinos until they’re 18, even if they have restaurants named after them.

It’s on the first floor of The Gate: past the slot machines, roulette wheels and poker tables.

“Where on earth have you brought me this time?” said Mrs Diner with a heavy sigh. “It looks like one of those cafés at the airport.” 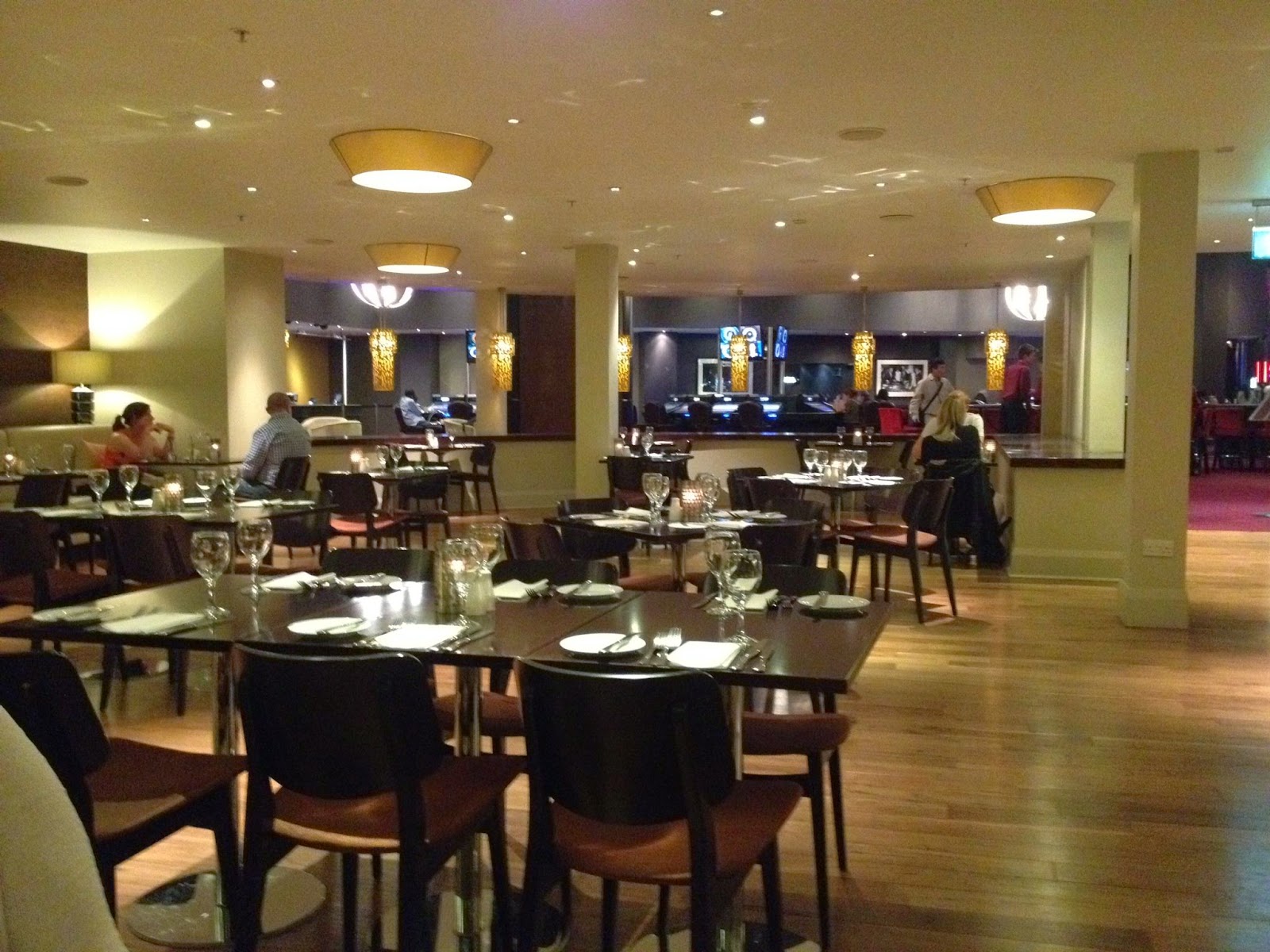 She wasn’t wrong. It could have been a Starbucks at Terminal 5, or even ‘The Place To Eat’ at John Lewis: although the casino has high ceilings and roulette wheels, this is off to the side, with a low ceiling, polished tables and a wooden floor. The décor is modern, clean, and, apart from a backlit wall of wine bottles, utterly devoid of atmosphere.

But they really wanted me to review it: the nice PR man was insistent. It’s been awarded the Certificate of Excellence on Tripadvisor, he said. Ahem.

Someone else likes it too. Aspers’ Newcastle website quotes a member of the public: “the food is absolutely first class… amazing service. I’ll be back.”

Out of curiosity, I skipped to one of the other Aspers branches down south. The restaurant in their Milton Keynes casino is called Clary’s (named after another Aspinall daughter). There’s a quote from the very same member of the public: “the food is absolutely first class… amazing service. I’ll be back.”

He has exactly the same view of Clary’s in Stratford, and also Northampton’s Tanzibar (named after Aspinall’s other daughter Tansy). Yes, this enthusiastic regular certainly gets around the Aspers empire. He’s also the source of all the “punter” quotes on their sites: “I always feel well looked after” he says.  I wonder if this perfect customer actually exists?*

I thought maybe they could use some genuine feedback, so Mrs Diner and I booked a table, and took along a friend for support.

The last time we ate in a casino, it was in Las Vegas. Mrs Diner and I had met up with some friends in our hotel lobby, surrounded by hundreds of whirring slot machines.

“One moment” I said as a joke, “I just need to get some cash for dinner.”

I put a single dollar coin into the nearest machine. Suddenly bells started ringing, lights flashed, and a cascade of coins poured out. I had won $800. My pockets and Mrs Diner’s handbag overflowed with the heavy coins.

Our entrance to Freya’s was less dramatic. Getting out of the lift on the first floor we navigated past the bouncer and weaved through the casino. Apart from a lot of drunken shouting from one gaming table, it was quiet. Our waitress was young, knowledgeable and charming; she went off and persuaded the drunken gamblers to quieten down. She seemed to know them.

The menu is large: burgers and fish & chips, lamb rump spiced with cumin, duck, chicken, white chocolate cheesecake “served deconstructed”. It’s very reasonable: around £12 for a main course, £5 for a starter or dessert. There’s even a bargain happy hour menu at £12.95 for 3 courses, and a Sunday lunch carvery for just £6.95. Presumably they hope you’ll be spending your cash elsewhere in the establishment. 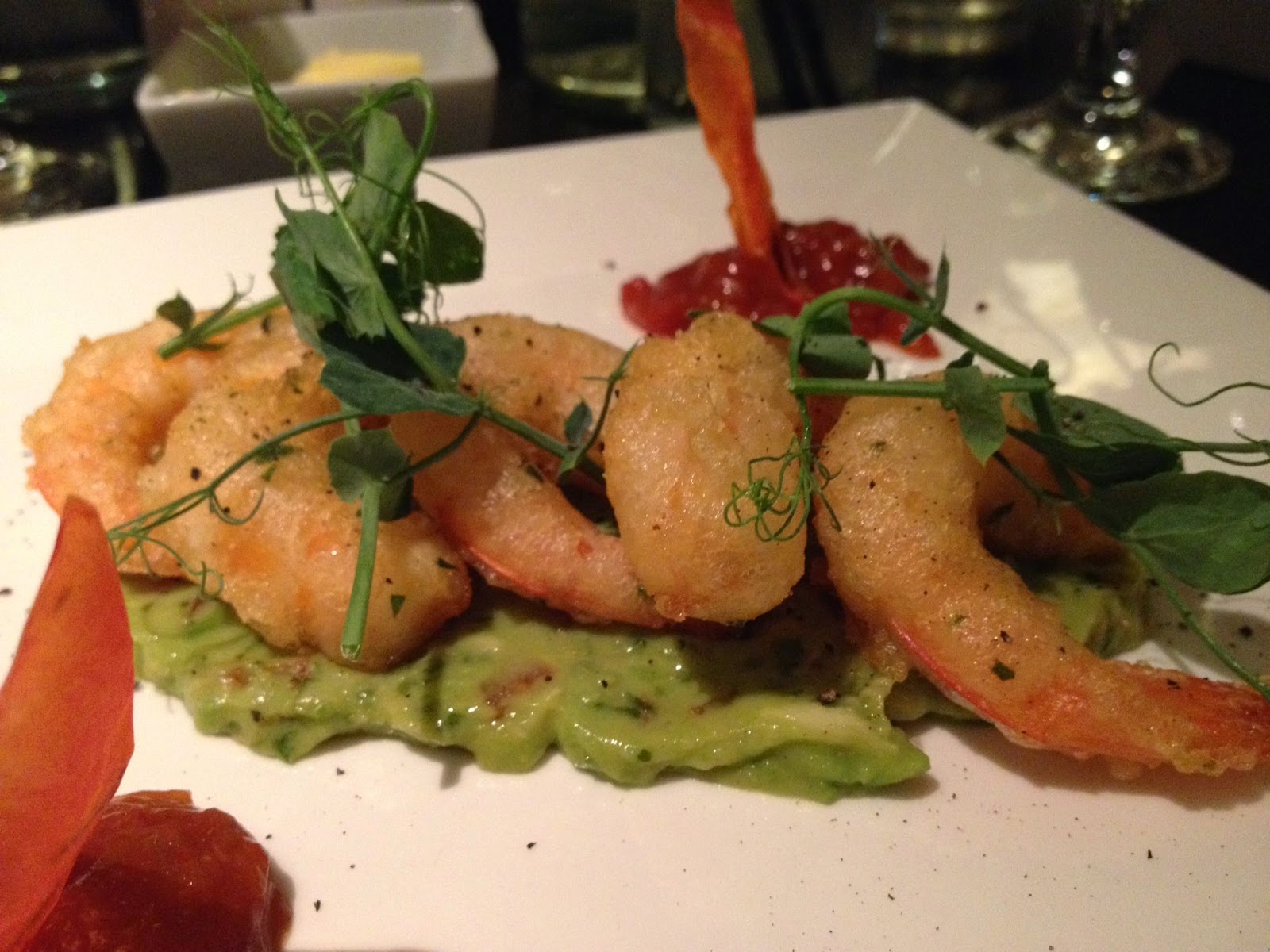 We ordered tempura prawns, chicken Caesar salad and rare beef salad to start. The prawns were fine, but they sat on a strange companion of crushed avocado, which was slimy. 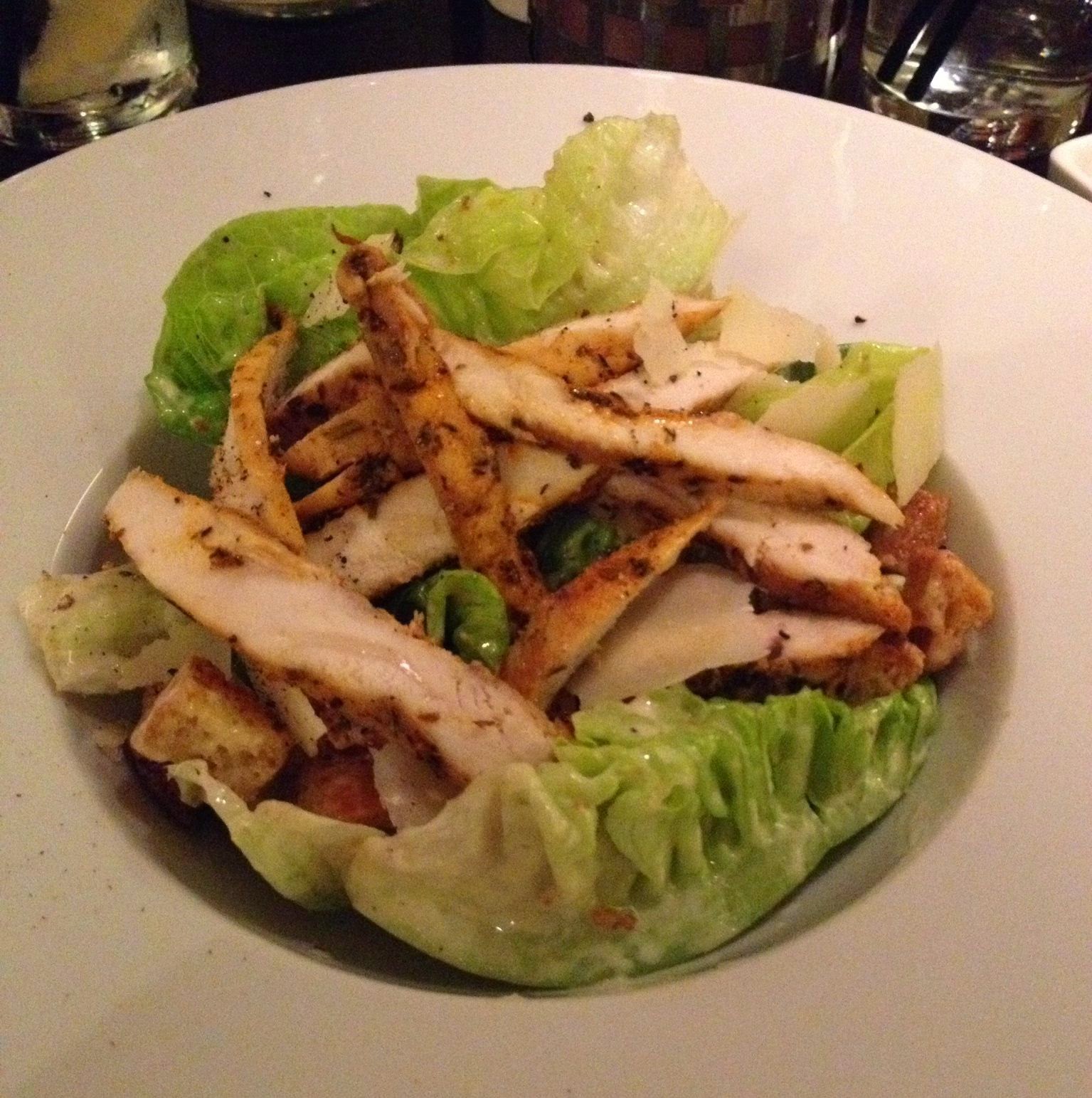 The Caesar salad lacked anchovy and the chicken was cold. 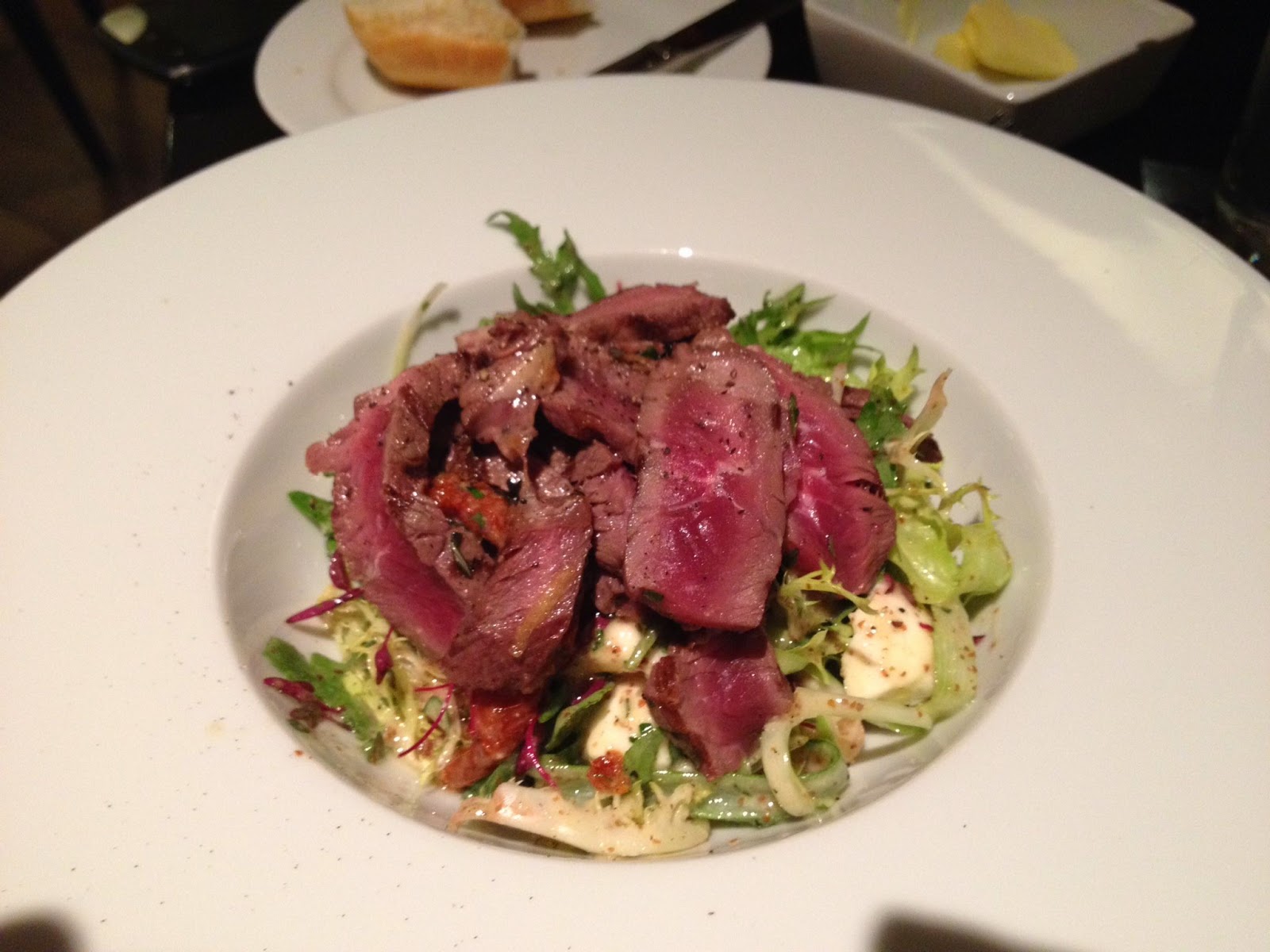 The beef, though rare, was hewn rather than neatly sliced, and came with mozzarella. This was another strange pairing: call me old-fashioned, but good beef needs the zest of a blue cheese, and maybe a walnut dressing – mozzarella is just dull. 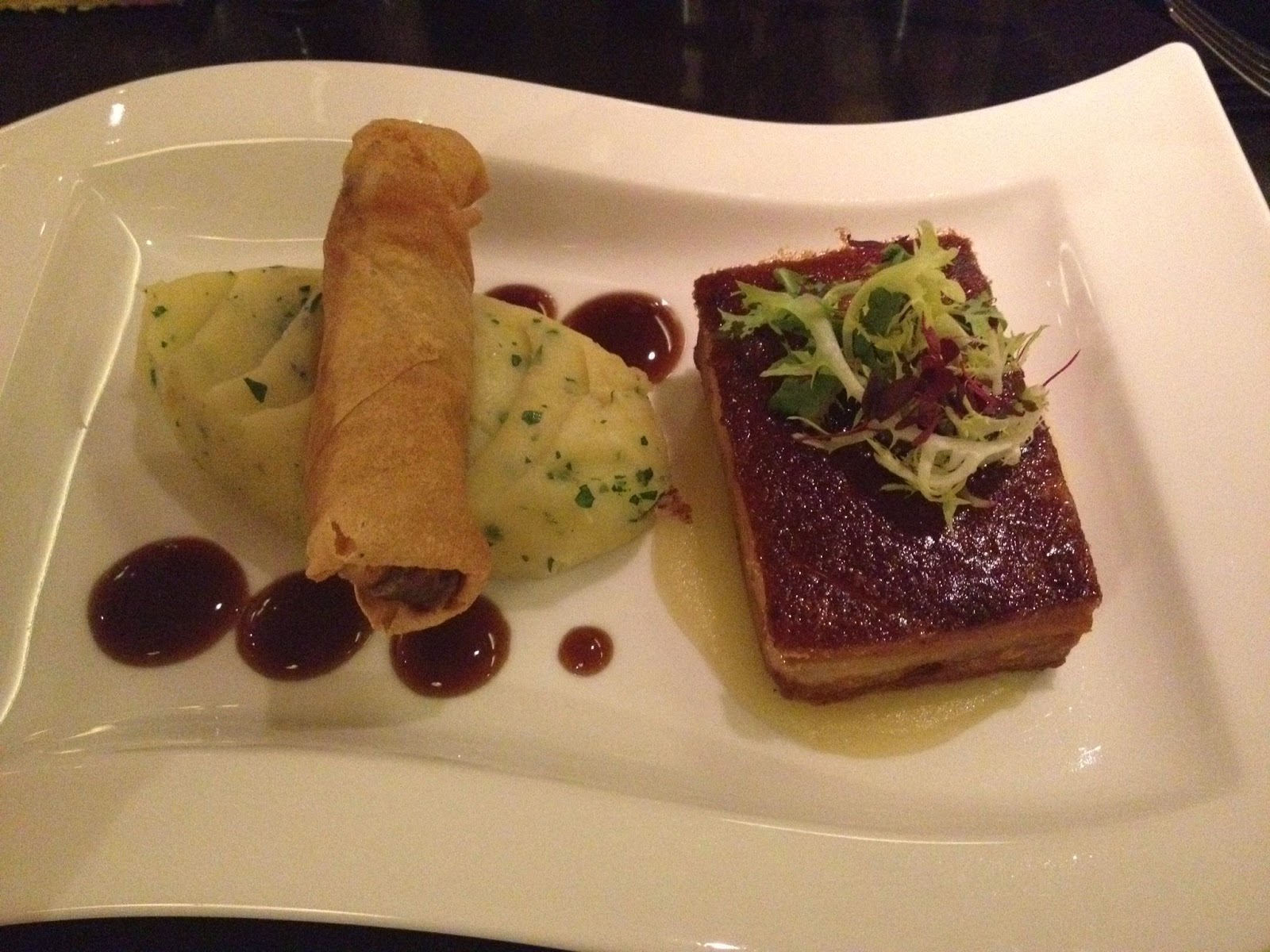 Our main courses were better, though my braised belly pork, nicely cooked with a thin crispy crust and served with garlic mashed potato and little blobs of apple and ginger puree, had its own disconnected intruder on the plate in the form of a spring roll stuffed with mushrooms. Maybe it’s because we were in Chinatown. 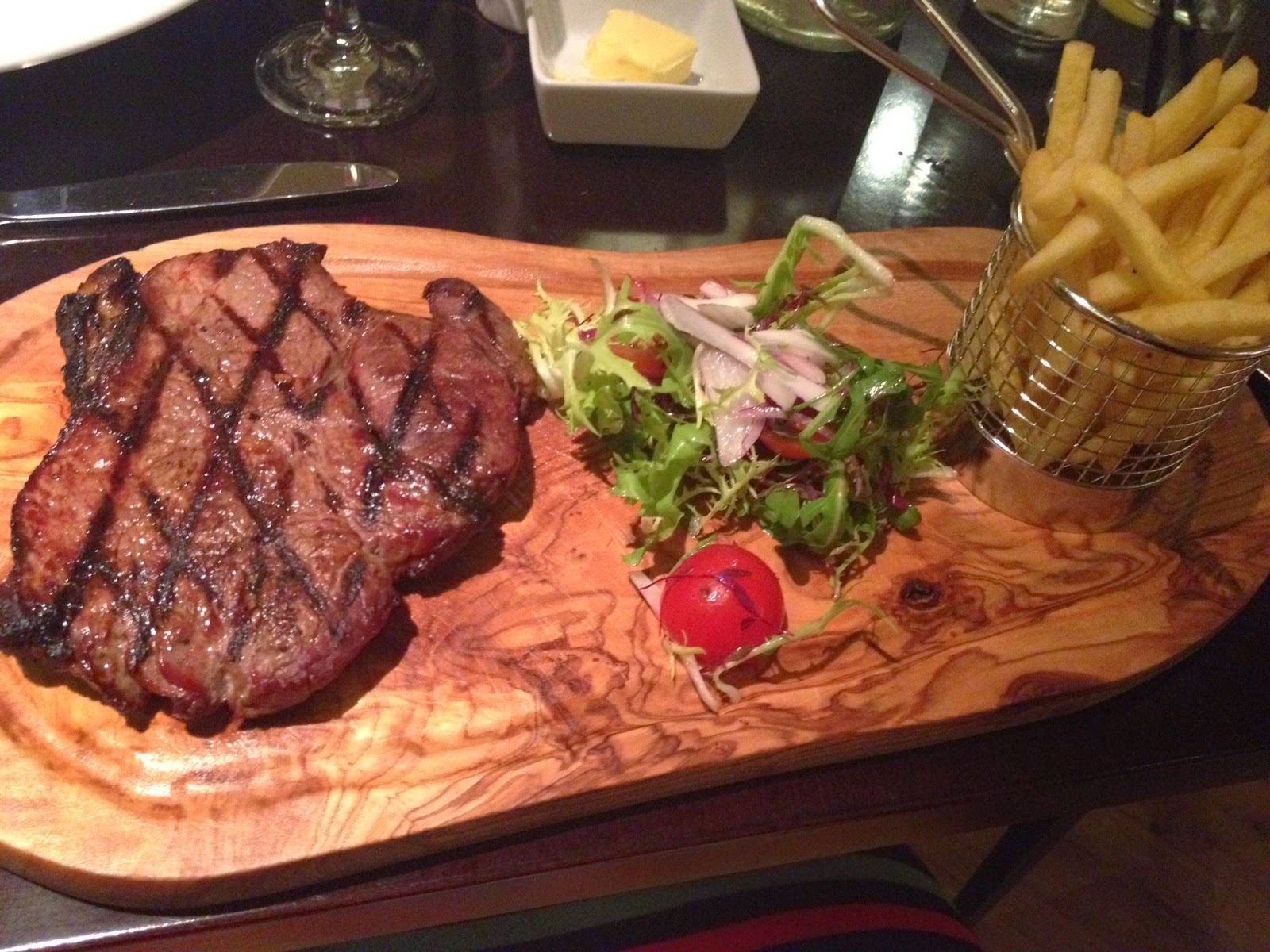 Our friend had rump steak, properly rare, though not from the best bovine pedigree, with excellent chips. 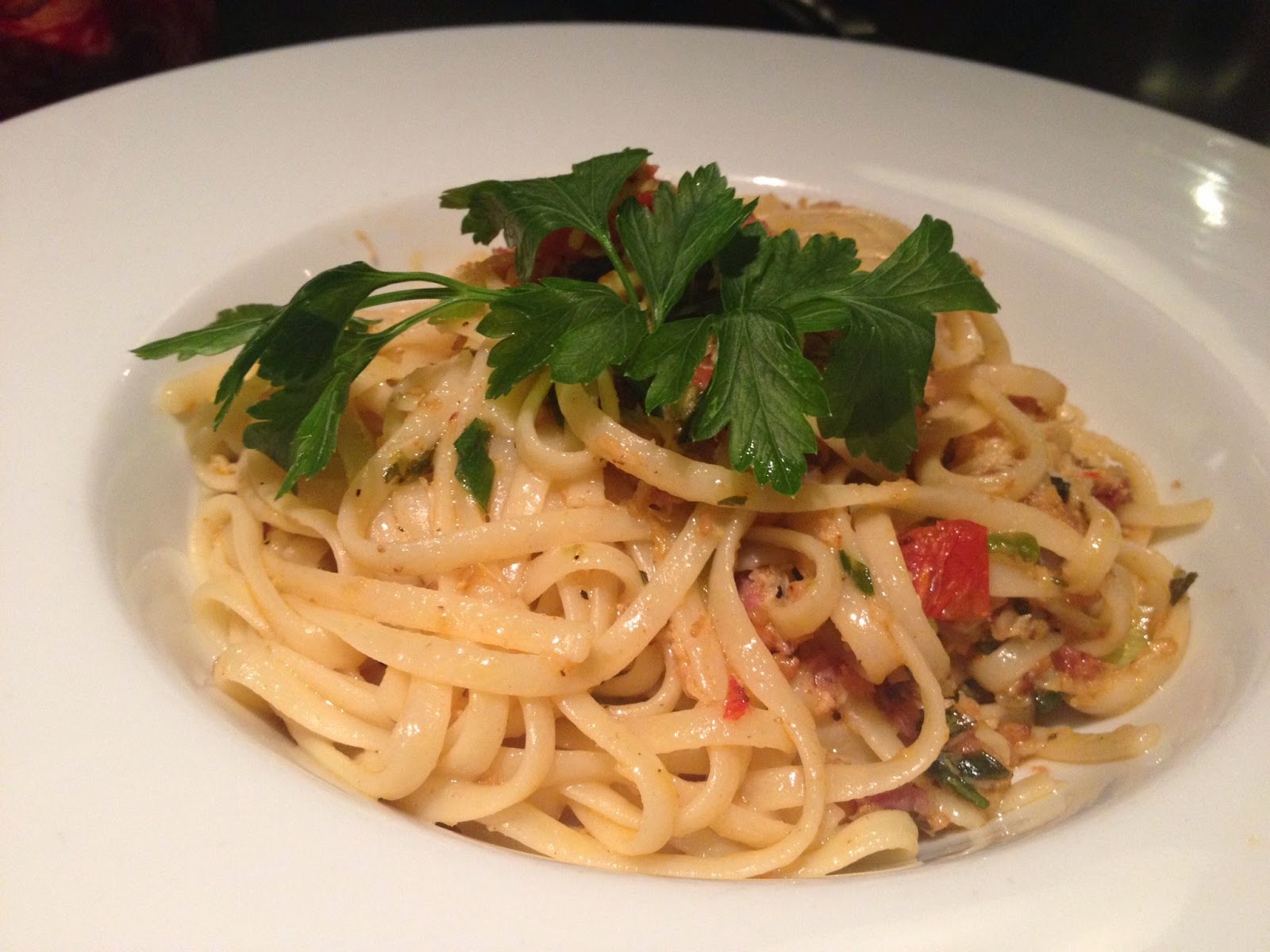 Star of the meal was crab linguine, given nice depth by bacon, spring onion and chilli. 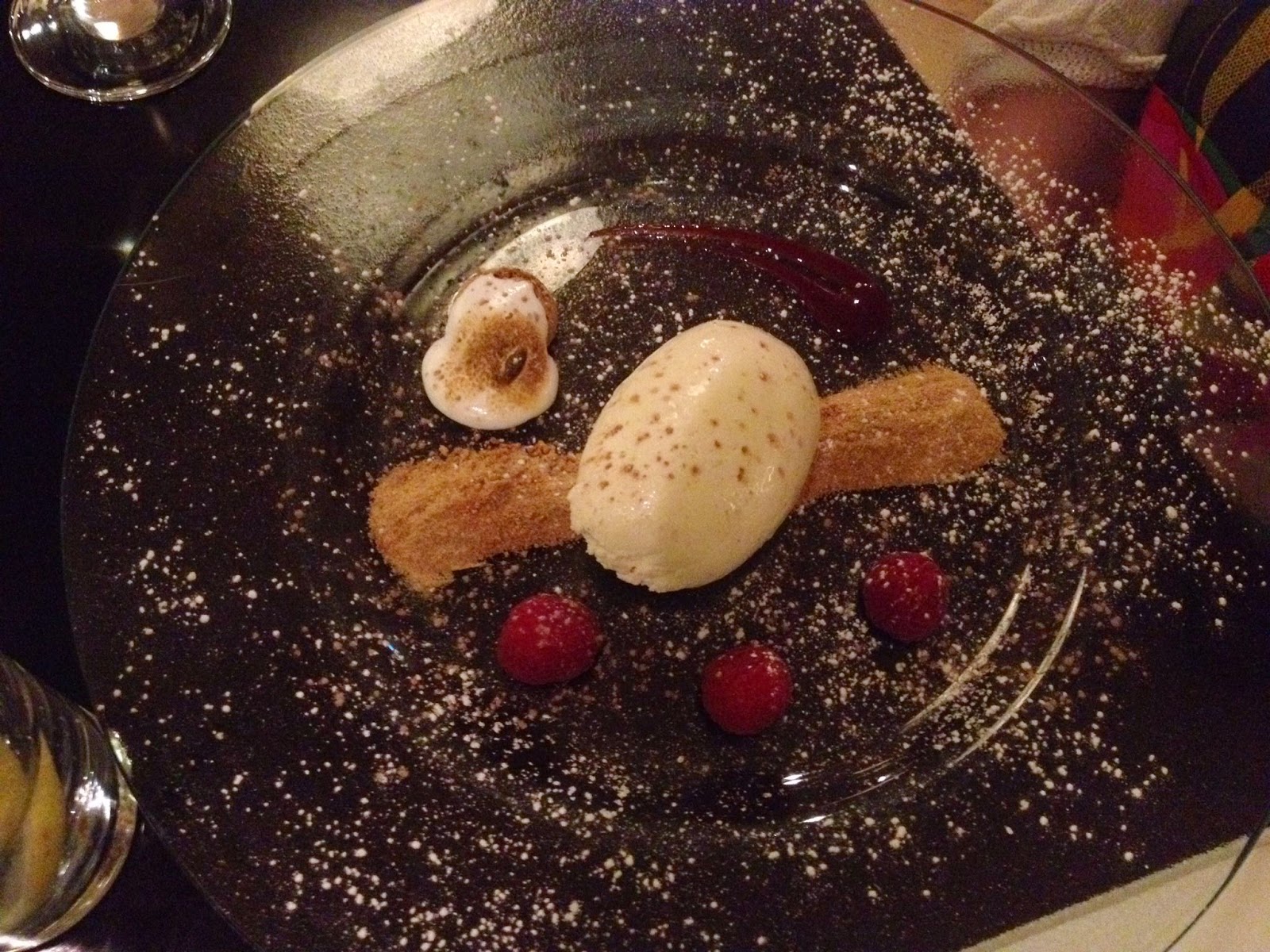 For dessert, cheesecake had been savagely deconstructed into a little quenelle of mousse, a ridge of biscuit dust and a few blobs of coulis. 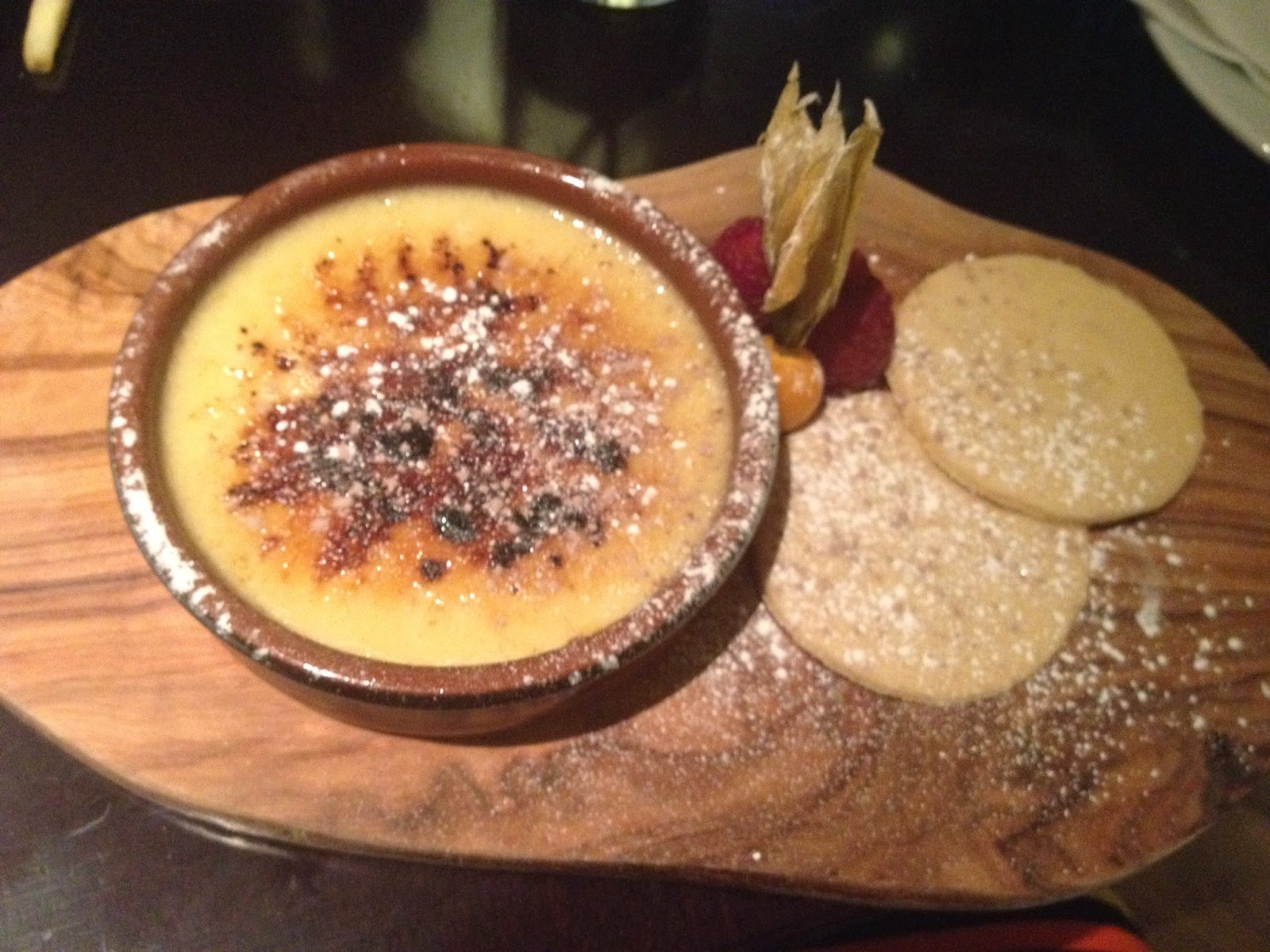 Equally poor was a cold crème brûlée, barely crusted, with the texture of curdled egg. 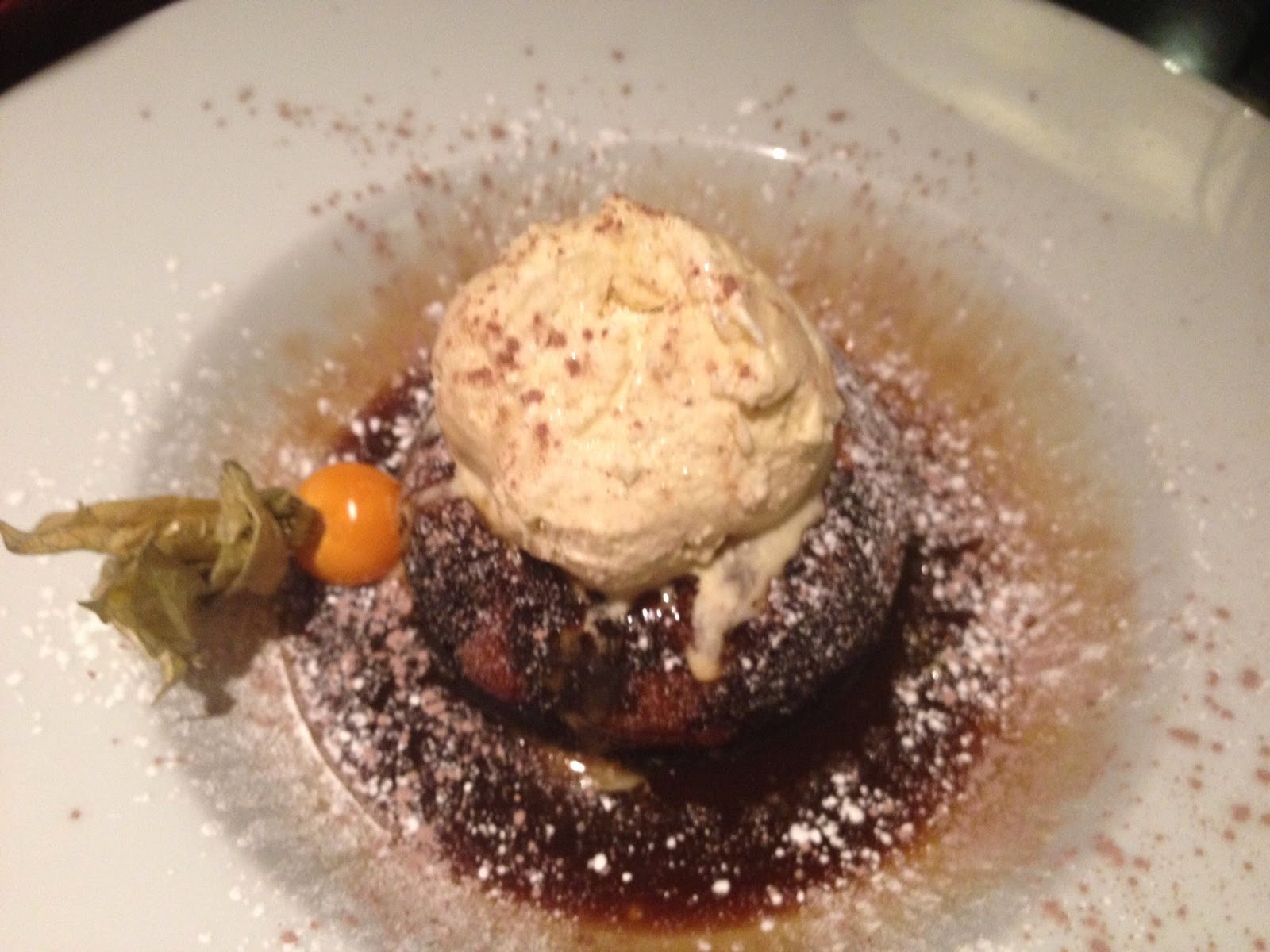 Sticky toffee pudding was a little better, though it, like everything else, had been smothered with white dust, as if a 10 year old had been let loose with the icing sugar. Maybe it was Freya.

[*Shortly after I published this review, Aspers removed these quotes from all their sites.]