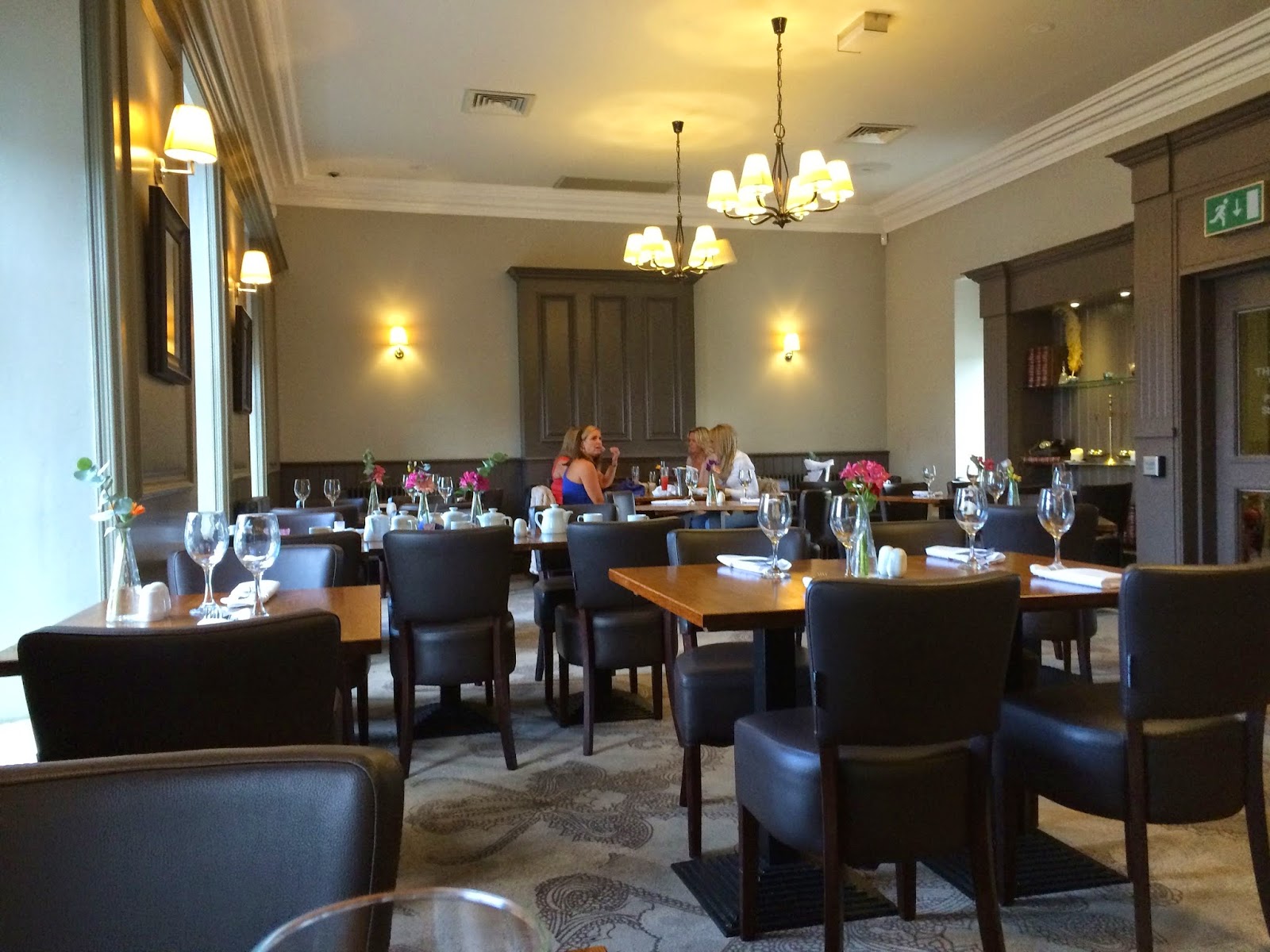 
Here’s a secret: food critics sometimes dine on their own.

Not very often, I grant you, for we quite like good company and Mrs Diner is exceedingly adept at keeping my mood cheerful when the chef is doing his best to spoil it. But very occasionally I pop along by myself just to get the lay of the land. Or, in this case, the lay of the table. 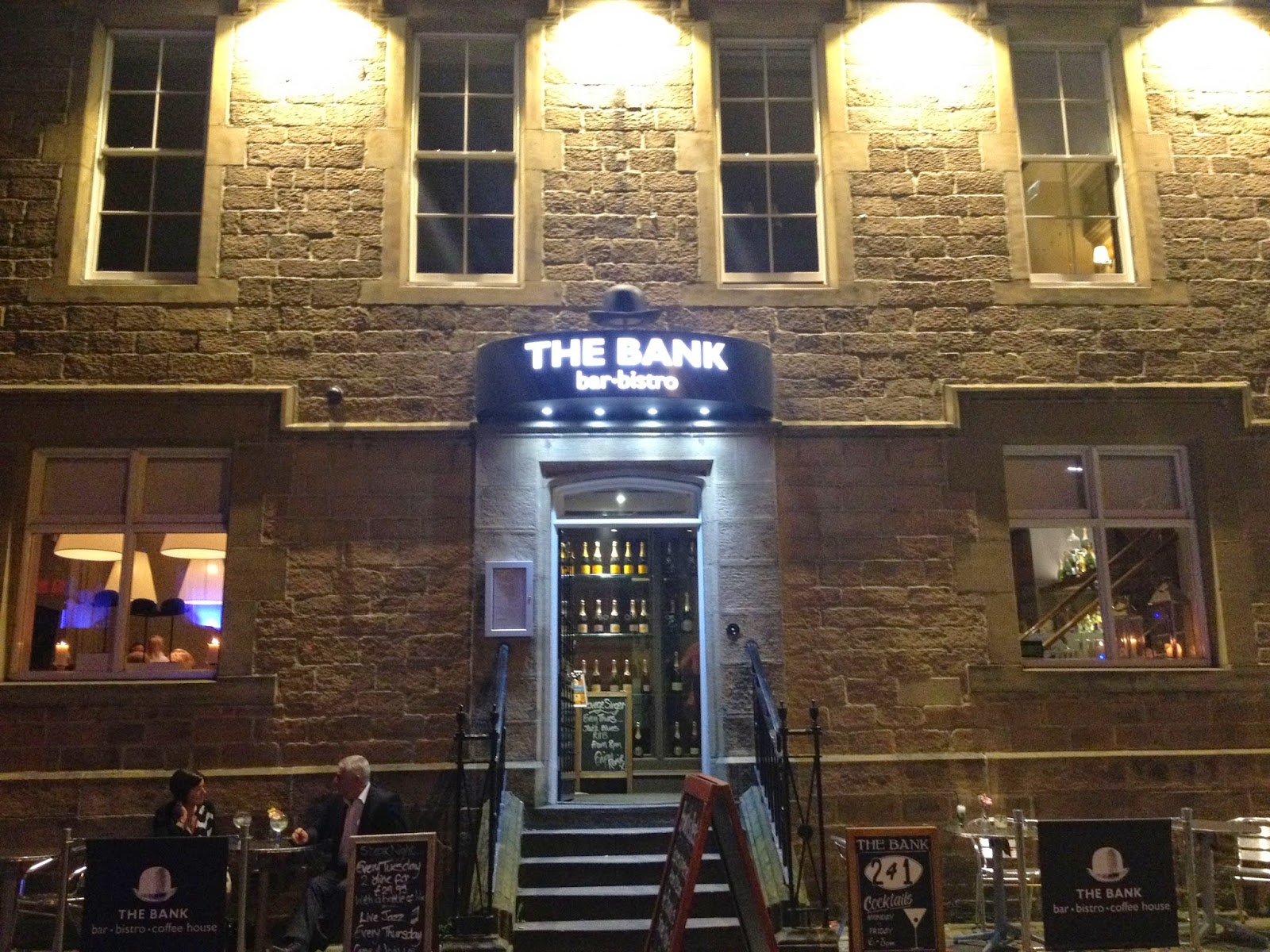 So it was with The Bank Bar Bistro. It’s housed in the old Lloyds Bank building in Low Fell. It’s attractive and listed, with stone steps, iron railings and a sign offering “2-4-1” cocktails.

I guess that’s why the bar was already busy at 5.30pm. It’s small but buzzy – there was a queue for Flirtinis and Voodoo Zombies.

As there was no one at the door to greet, I popped upstairs to the empty restaurant and requested a table for one. The waitress said I had to ask at the bar, so I went back down and queued behind the line of cocktail movers and shakers.

Ten minutes later I caught the attention of someone who appeared to have waiter credentials. He frowned at me, and wiped his sweaty forehead.

“I’m really very sorry to hear that,” I offered sympathetically. “But please can I have a table for one?”

He scowled at me.

He sighed like a bank manager facing a request for a ludicrous loan and trudged upstairs. As I went to follow, he stopped me with a curt “Stay there!”

Penitent, I stood and read the cocktail list. There was one called Anger Management. I reckoned I might need one.

“This way,” he eventually commanded, then added, once he’d sat me by the window, “we need this table back at 6.30pm”. He repeated this mantra three times during my meal. I gazed round the empty room and wondered when the invasion would start.

At this point any normal Low Fell customer would have said “Sod it, I’m off to Rosa Twelve”, but I persevered.

“I’m so sorry you’ve been inconvenienced,” I said, without any attempt to hide the irony.

“You’re hungry, so it’s my job to feed you,” he said, before leaning forward and whispering: “Though can I offer you some sound advice?”

I nodded. This was more condescending than any bank manager.

“In a restaurant, it’s usually better to book.”

“Thank you for telling me that.”

There’s one really positive thing to say about this place: you won’t need a bank loan to eat here. With the exception of Friday and Saturday evenings they offer a Chef’s Market Menu at £13 for 3 courses. Instead I went for the à la carte, which had an interesting selection ranging from pigeon breast, scallops and boudin noir starters (around £6), to mains featuring sea bass with crab (£11), and duck breast with duck fat carrots (£12.45). 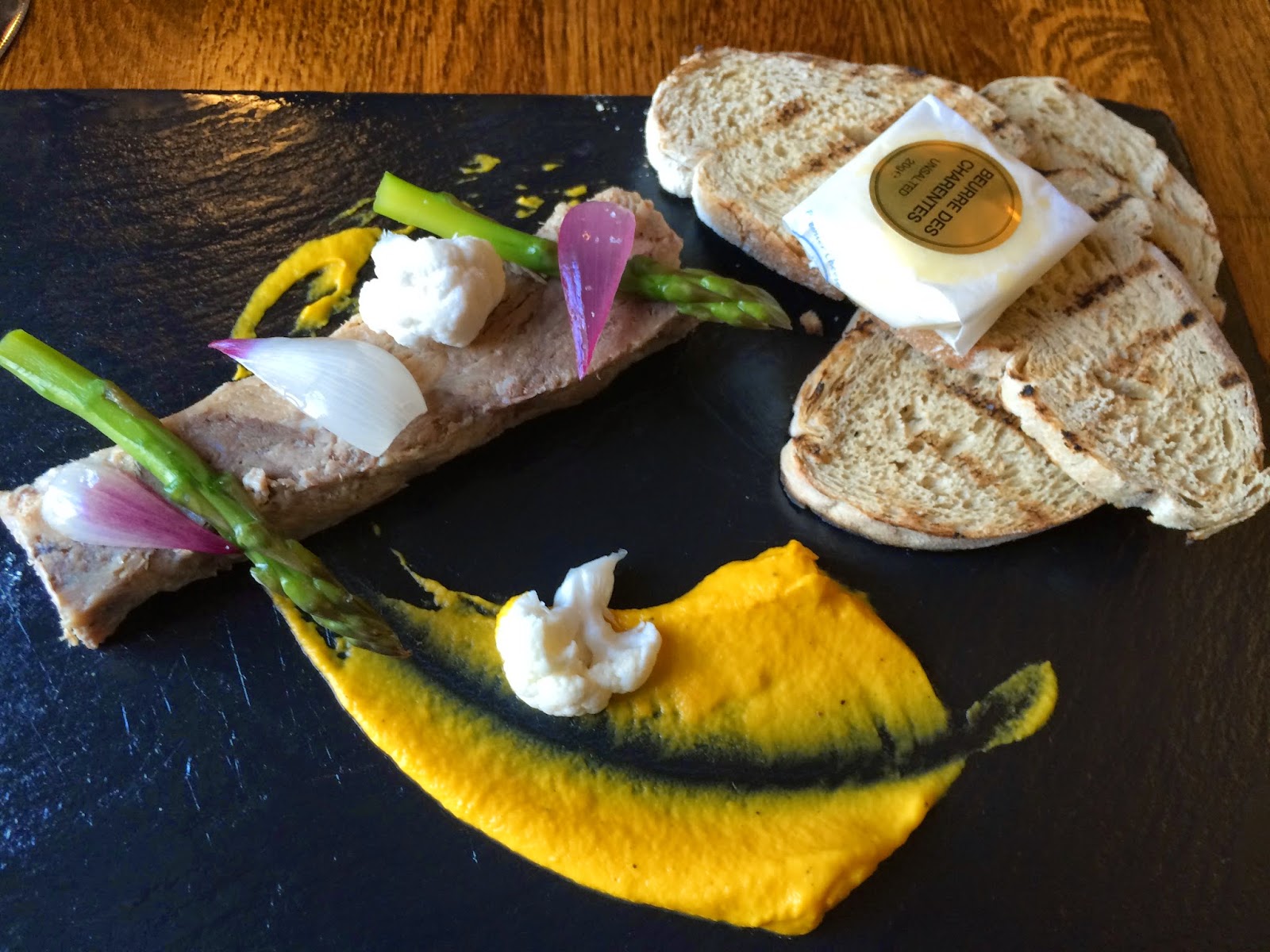 My main course also looked attractive. It was curried hake with chicken terrine. Strange. The curry spice blend had rendered the fish so salty, it was virtually inedible. Somewhere underneath lay some chicken terrine – quite why, I’ve no idea. It didn’t make the fish any less salty, nor did its lame texture contribute anything to the dish. This chicken was just how I felt: unwelcome.

For dessert I ordered caramelised salt-baked pineapple, sensibly paired with coconut pannacotta and mango and lime sorbet. Although the raw pineapple slice had a caramel glaze, no way had this been salt-baked. Maybe they thought I wouldn’t notice. The pannacotta was good enough, though.

As he brought the bill, my waiter whispered to me conspiratorially: “Can I offer you a word of advice?”

I can scarcely believe what happened next. He pointed at my shoes.

So what to make of this place? Surely I couldn’t just write about the North East’s rudest waiter, though he probably is, or the inedibly salty hake, which could have been just a mistake. I needed a second opinion.

As wild horses wouldn’t drag me back there, I sent in the reinforcements. Mrs Diner went with a friend. And you know what? She really quite enjoyed it. The Flirtinis were magnificent, apparently. 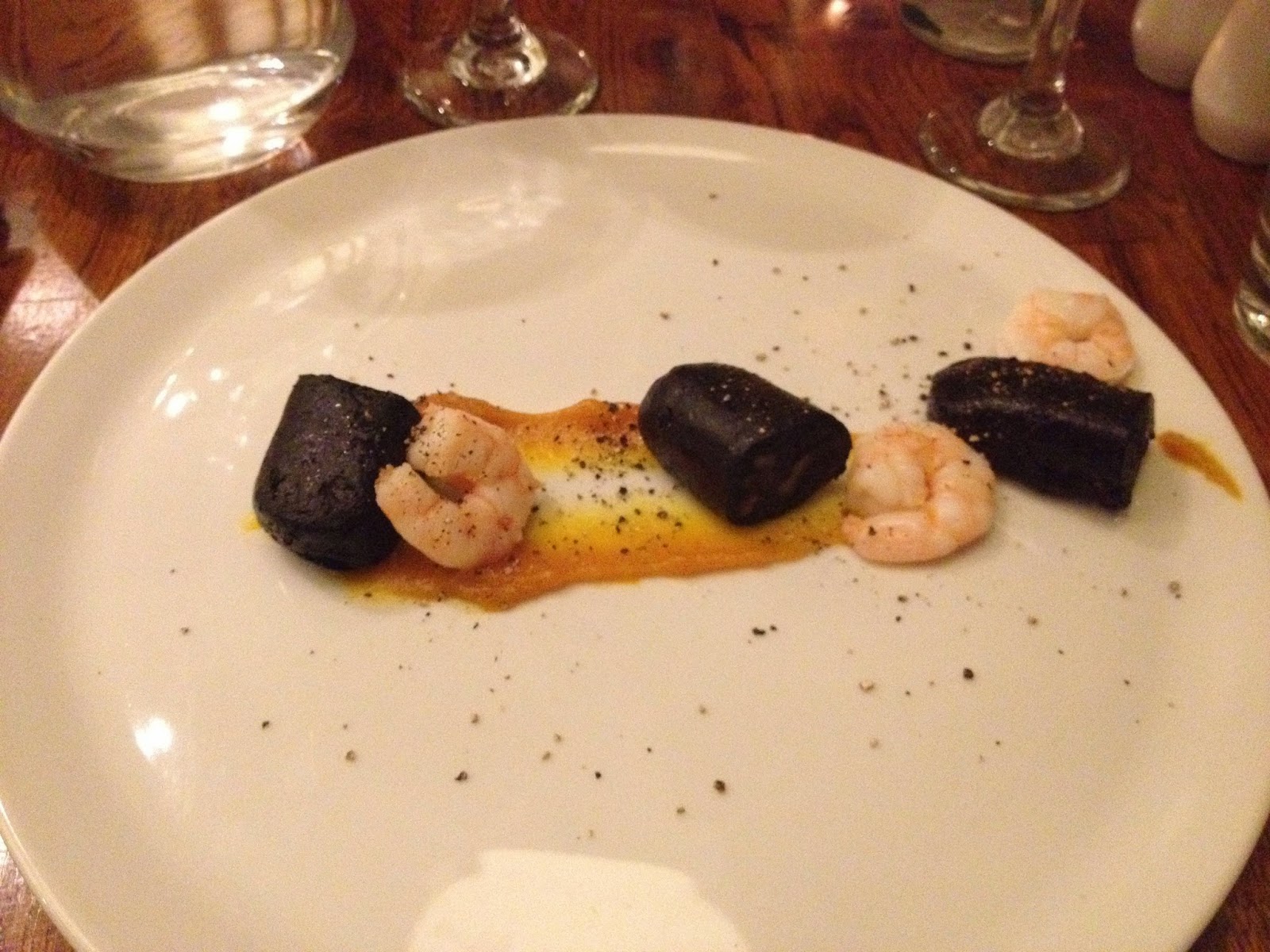 As to the food: she started with boudin noir with tangerine puree which, on the plate, bore a startling resemblance to something that a dog might leave behind – it really was the ugliest presentation, and came with cold, pre-cooked prawns. 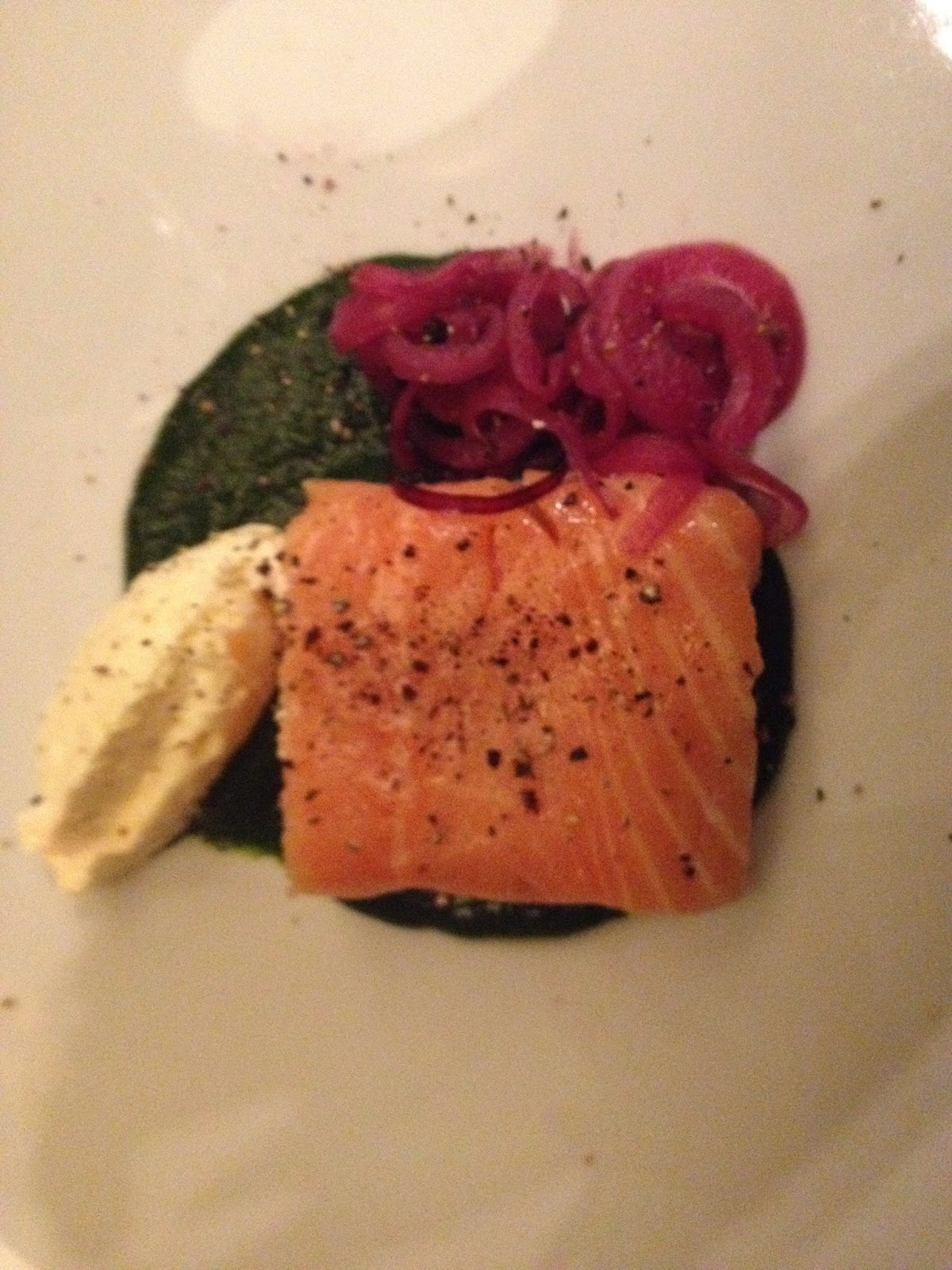 But her friend’s confited salmon on watercress puree worked well with marinated onion and a spicy horseradish, even if the purée reminded them of duck poo. 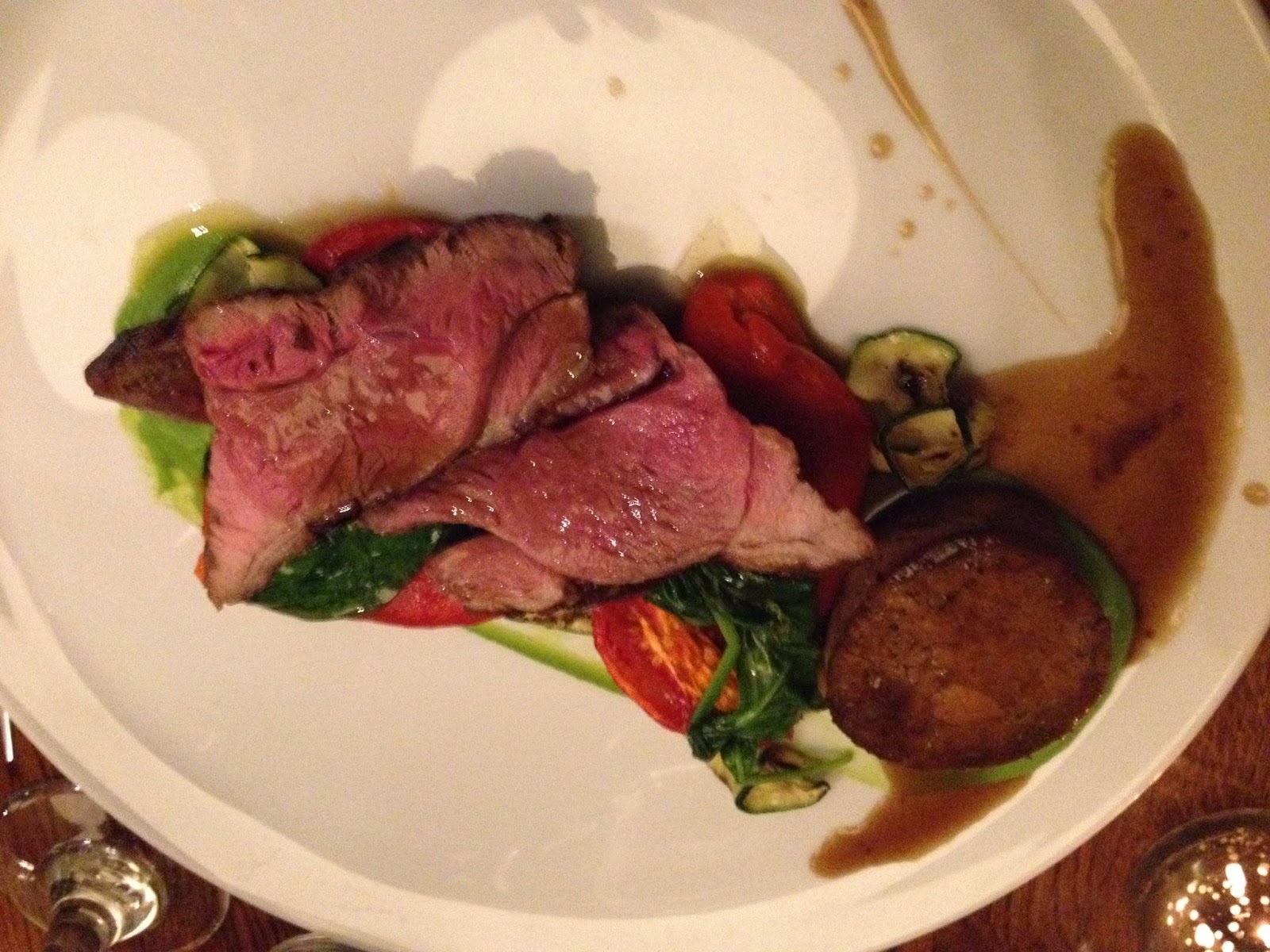 A duo of lamb had a little tower of succulent shoulder with a mountain of rare chump, and a rump steak was very nicely cooked, too. 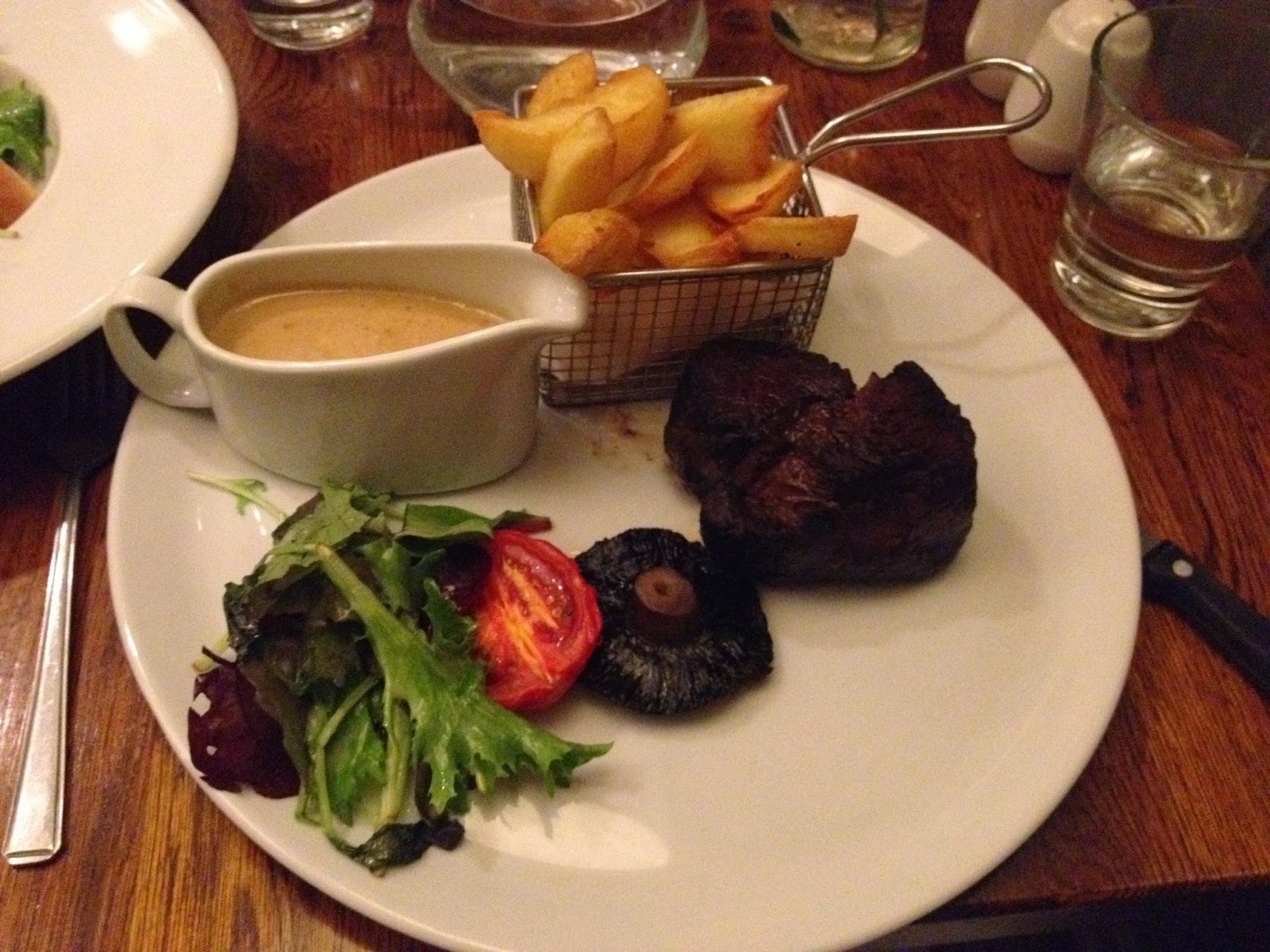 They went on a Tuesday, when they offer an incredibly generous £30 for two steaks and four glasses of wine. That definitely won’t break the bank. And as to the service: the girls who served Mrs Diner were all charming, efficient, knowledgeable. I guess my waiter had finally been given some time off.