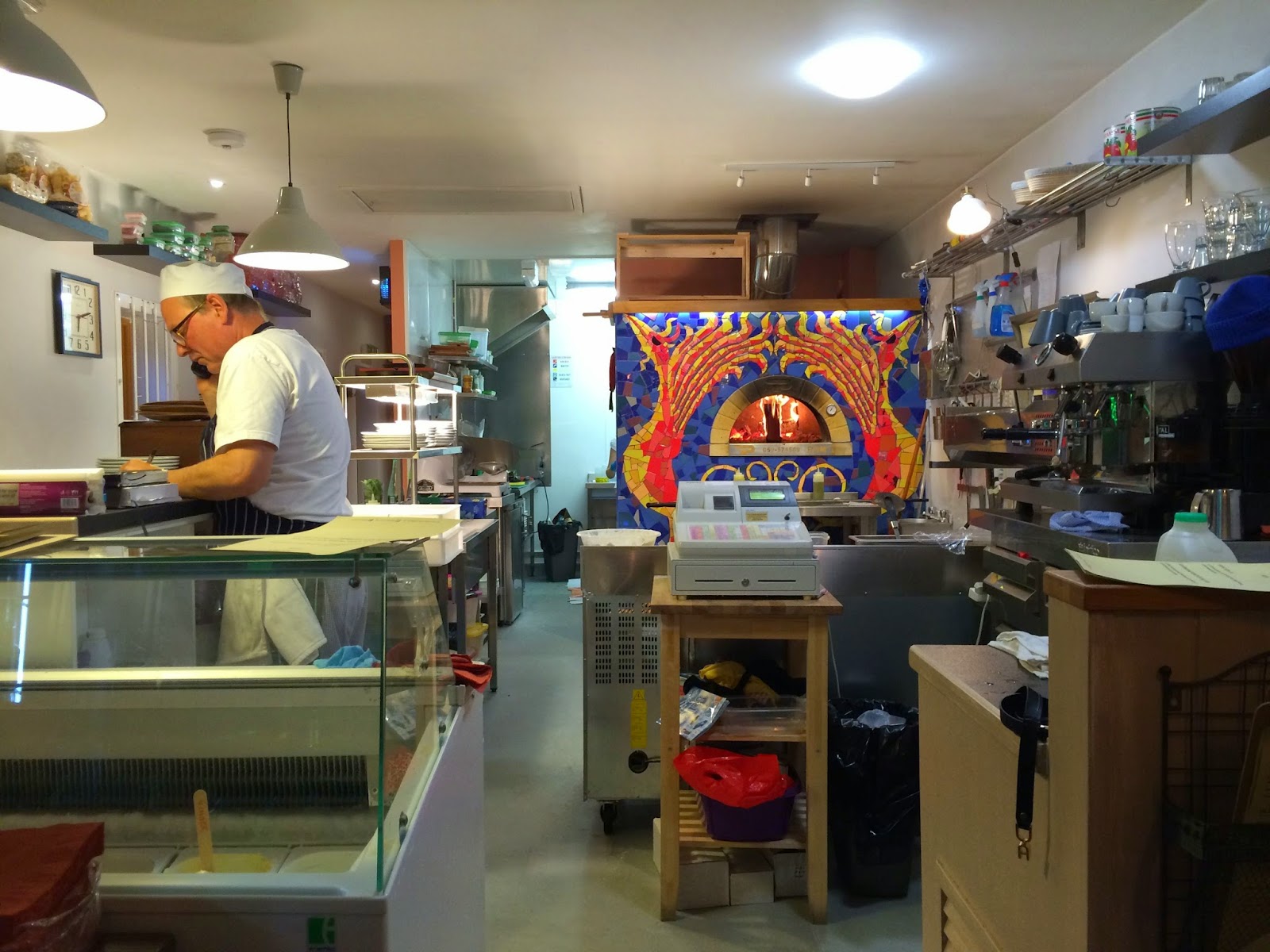 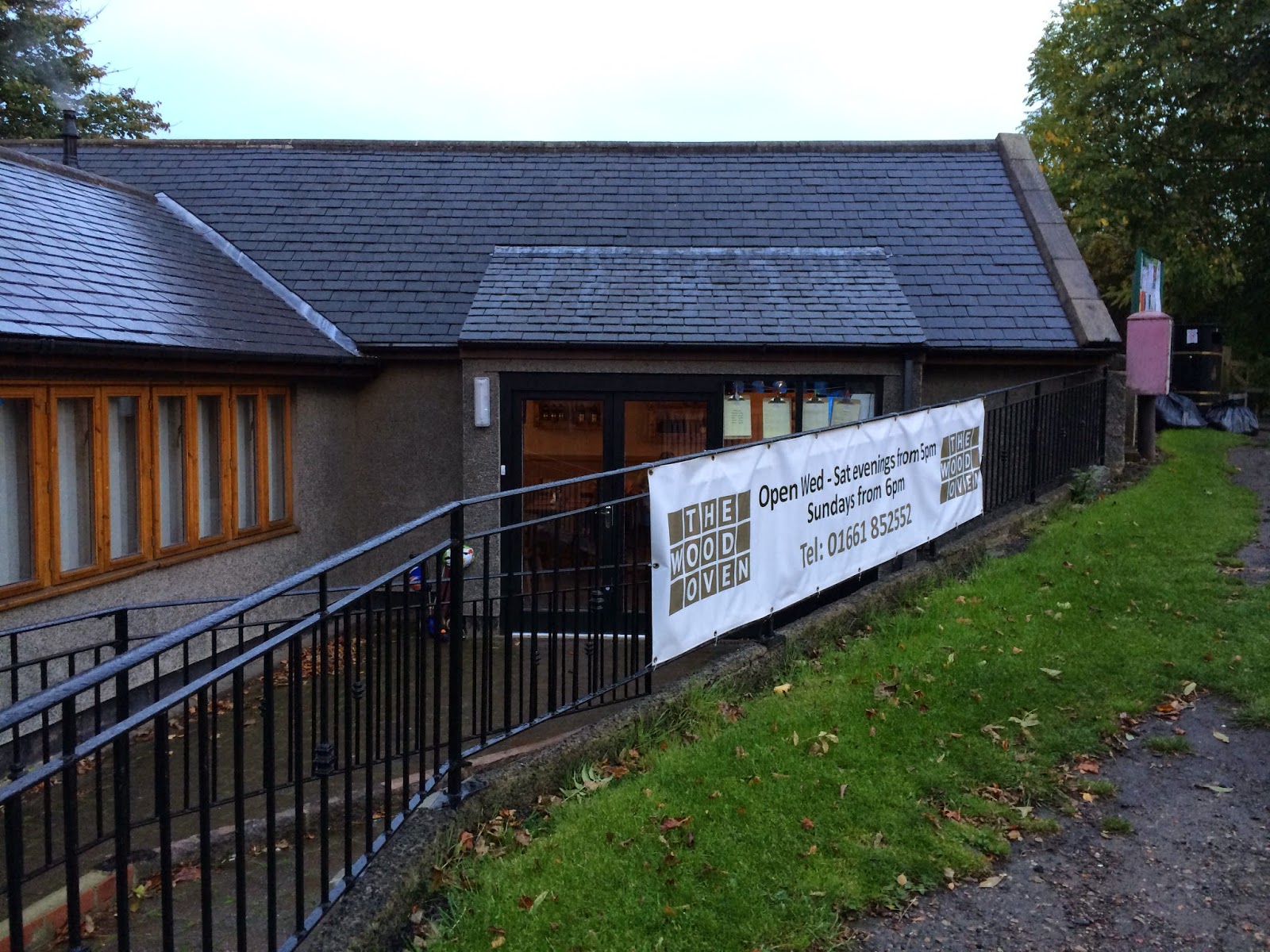 There’s no frontage, just a sign strung over the railings outside, as if advertising the annual fête, and you dive down into a simply furnished little room with just 30 covers. 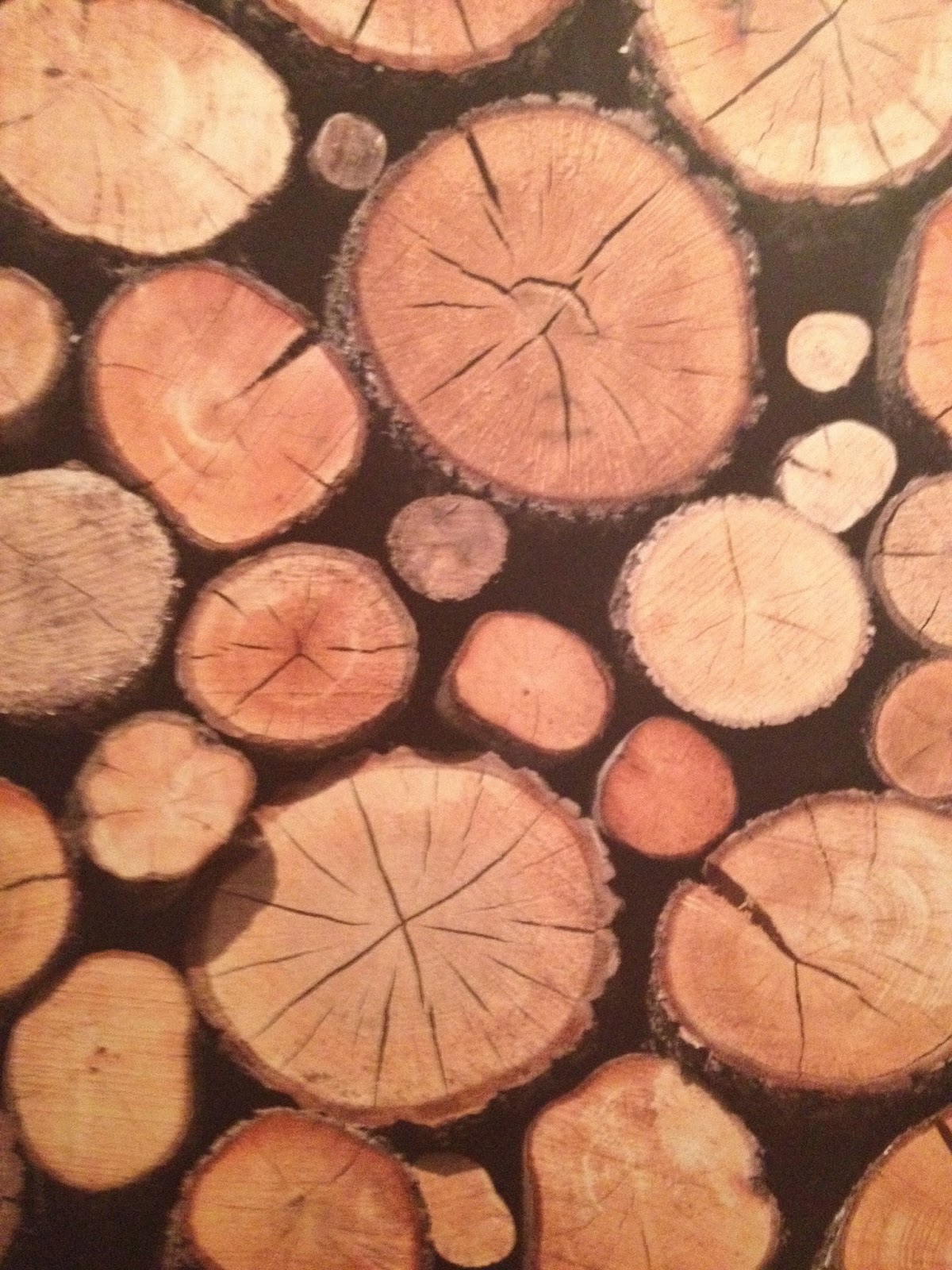 At one end is a wall lined with “wood log” wallpaper, which is not nearly as naff as it sounds, but at the far end is the real thing: a colourfully decorated Italian wood oven roaring away in the middle of a busy kitchen. And the friendliest, most enthusiastic of owners, surrounded by a great smell of pizza.


I can see why The Wood Oven has already garnered a lot of local Wylam support – I could think of no nicer asset to have in your village. I was surprised that it wasn’t absolutely heaving – it certainly deserves to be.

Cathy and Chris Dixon opened the place in February. Chris, who runs the kitchen, is a bit of a pizza fanatic – he’d built a huge one in his back garden at home. For this venture, the couple imported a commercial specimen from Italy, and an artist friend framed it with a fiery tiled mosaic. It’s the colourful centerpiece of a really welcoming local eatery.

There’s a good choice of white and red pizzas, and also an orange variety with butternut squash purée. In addition, there are sharing platters of meat antipasti (around £5 a head) and a small selection of starters that changes regularly.

The wine list is tiny, but thankfully there was a list of specials on a blackboard, from which we chose a well-balanced 2008 Rioja Reserva from Lar de Paula, and to which we added a plate of vodka chilli tomato bread. 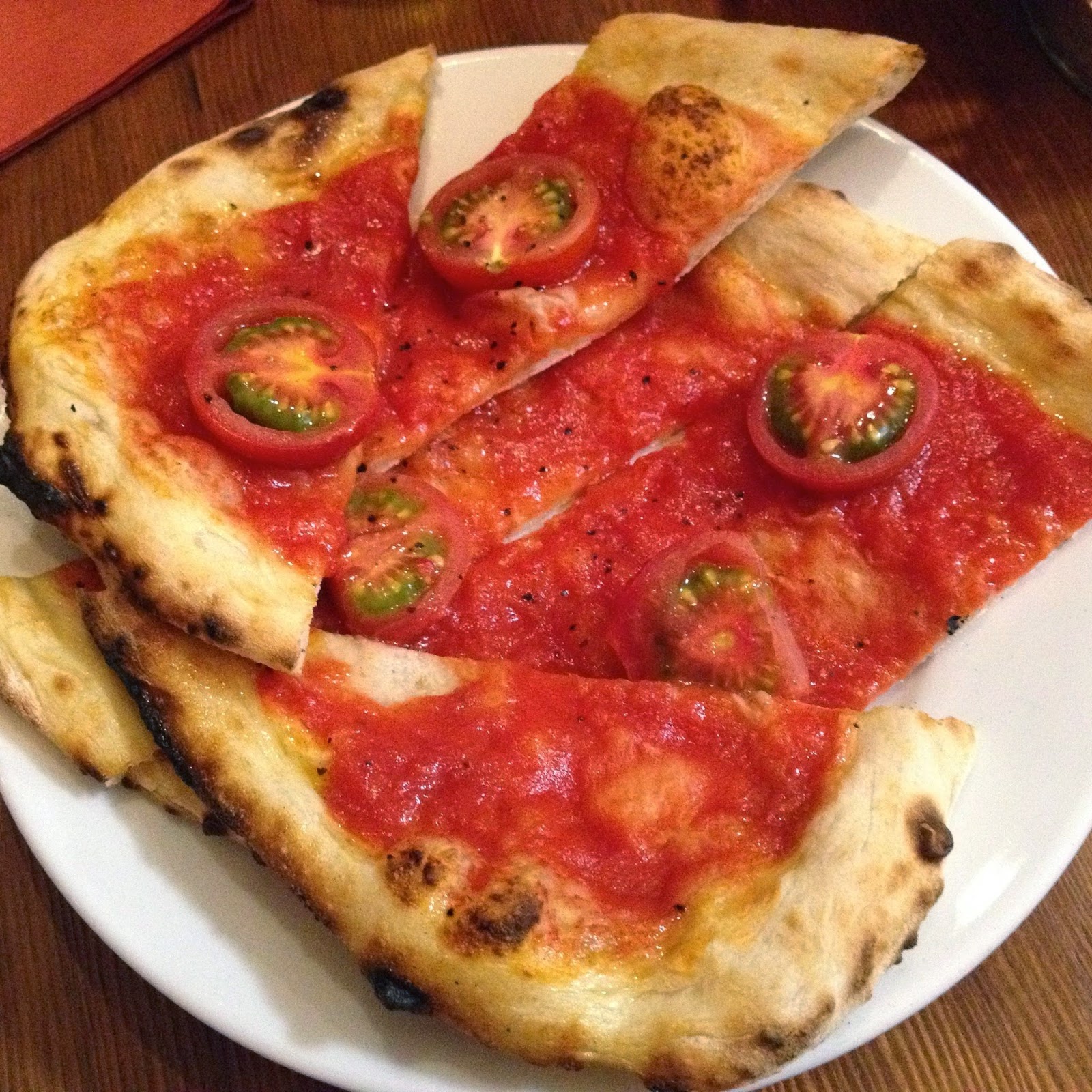 This was slices of pizza bread smeared with a delicious fresh tomato sauce that gave a double kick to the tongue. I could have eaten it all night.

We shared all the starters on offer (we were five, including two children). 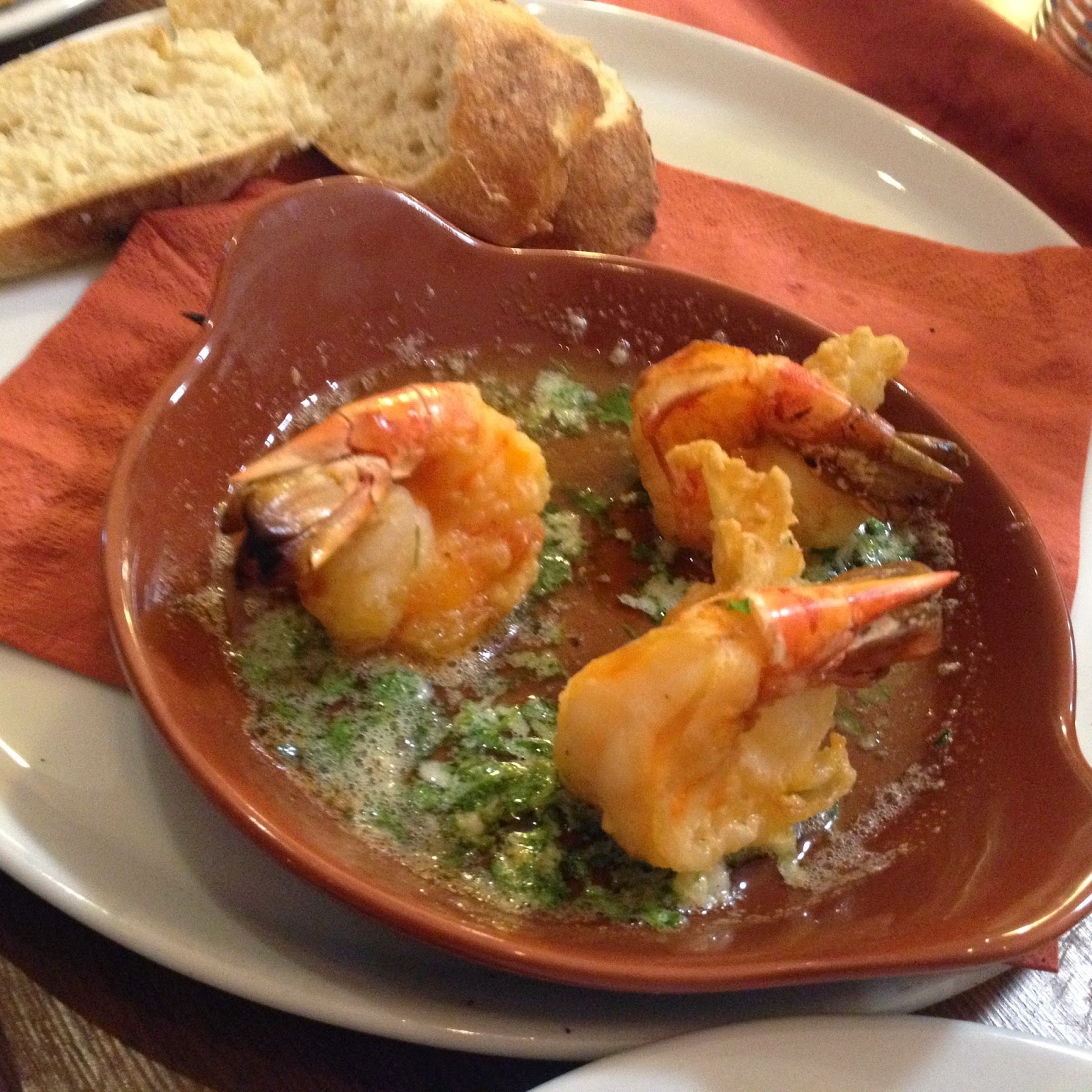 Juicy king prawns with garlic butter and a hint of lemon worked nicely with sourdough bread. 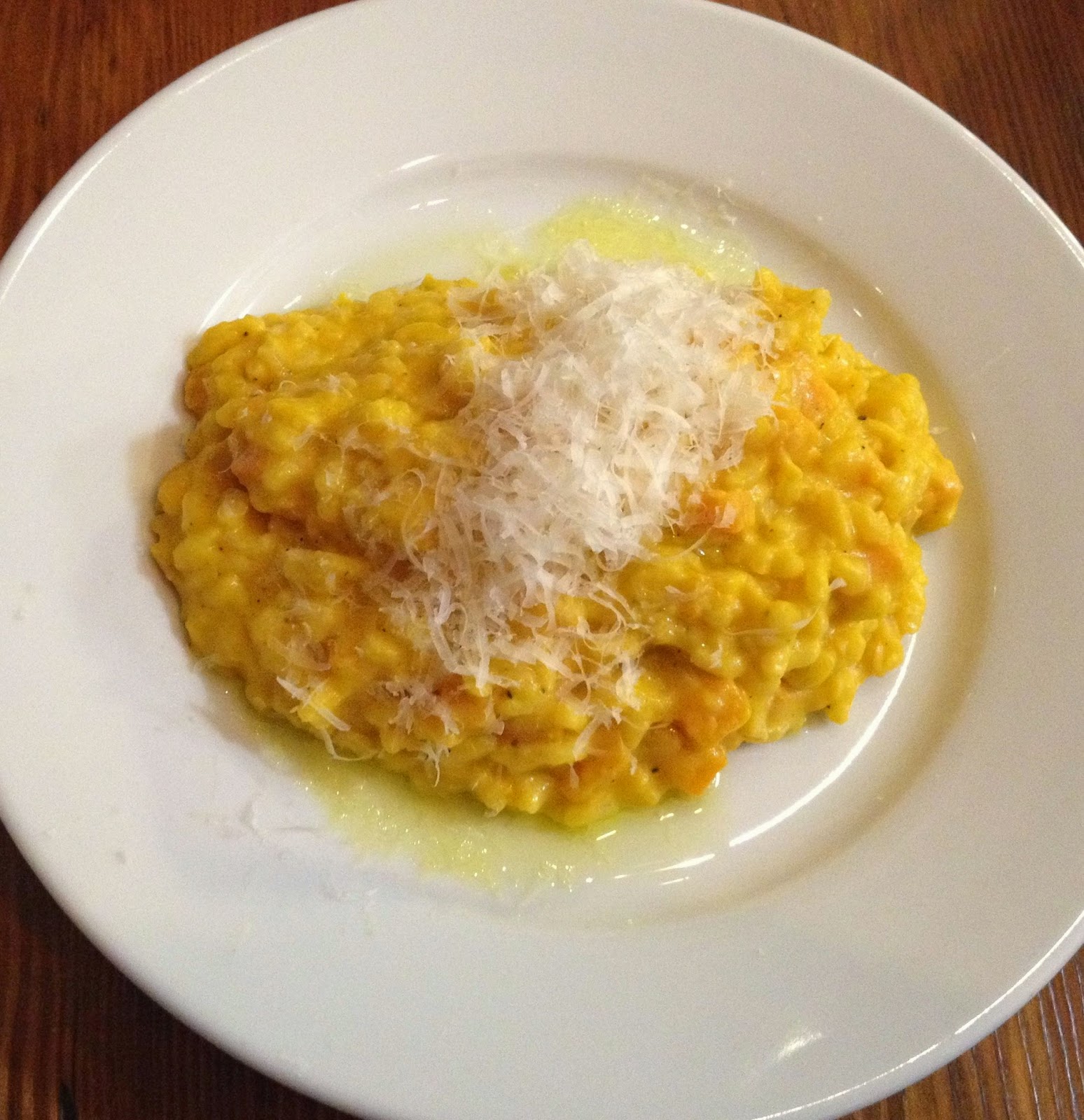 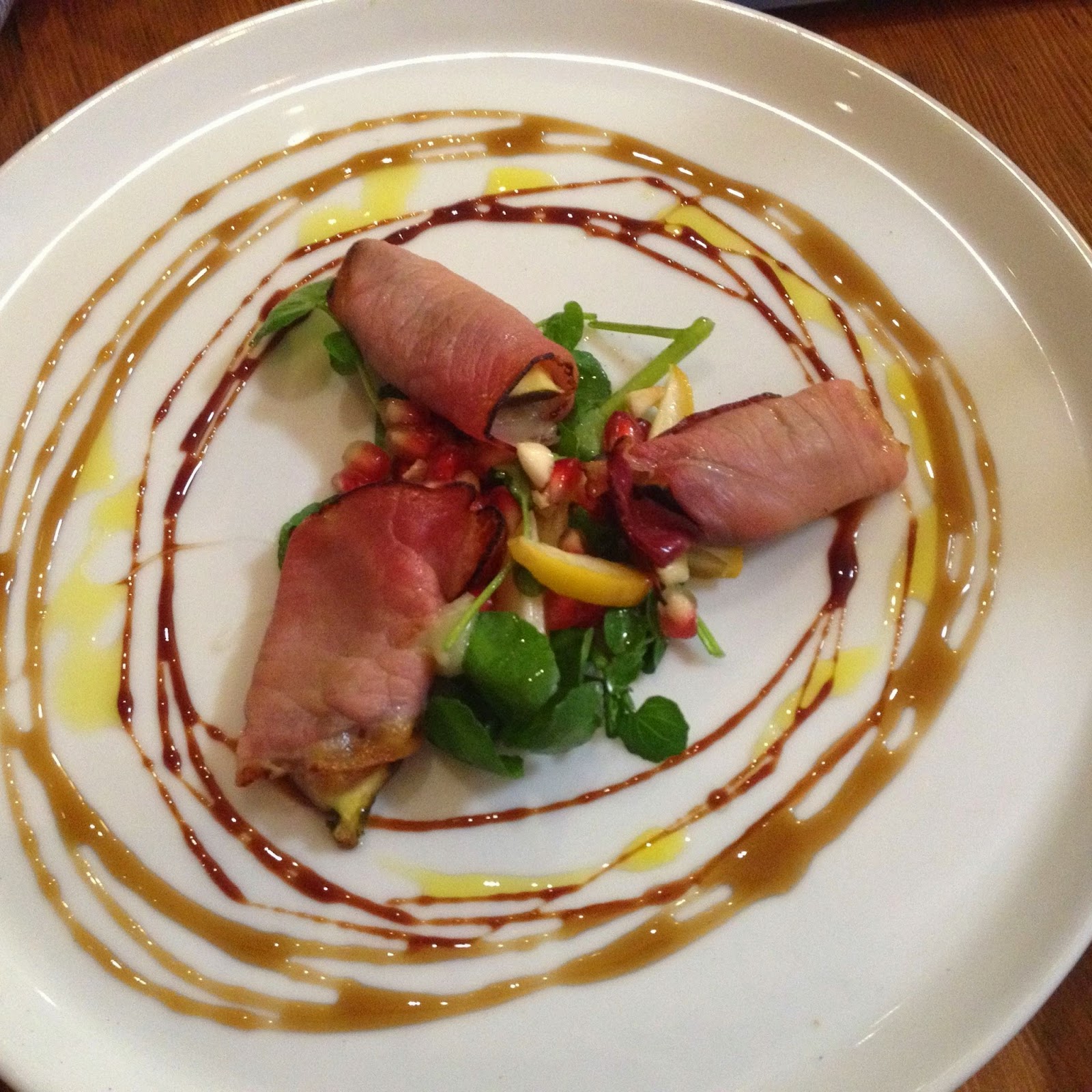 Finally, little parcels of smoked ham contained ripe figs and Taleggio cheese. It was all nicely presented. Meanwhile the children were offered their own pizza ingredients to assemble, which is a nice touch.

But I guess the only real test of a pizza restaurant is its pizza.

As well as the usual culprits (around £8 each), the reds ranging from roast peppers to spicy lamb meatballs, the whites including courgettes and preserved lemon, they also had a couple of daily specials. We ordered three between us, plus one junior version. For spice, we chose N’duja, the Calabrian spreadable sausage that melts to gorgeously spicy smoky blobs when confronted with an oven. 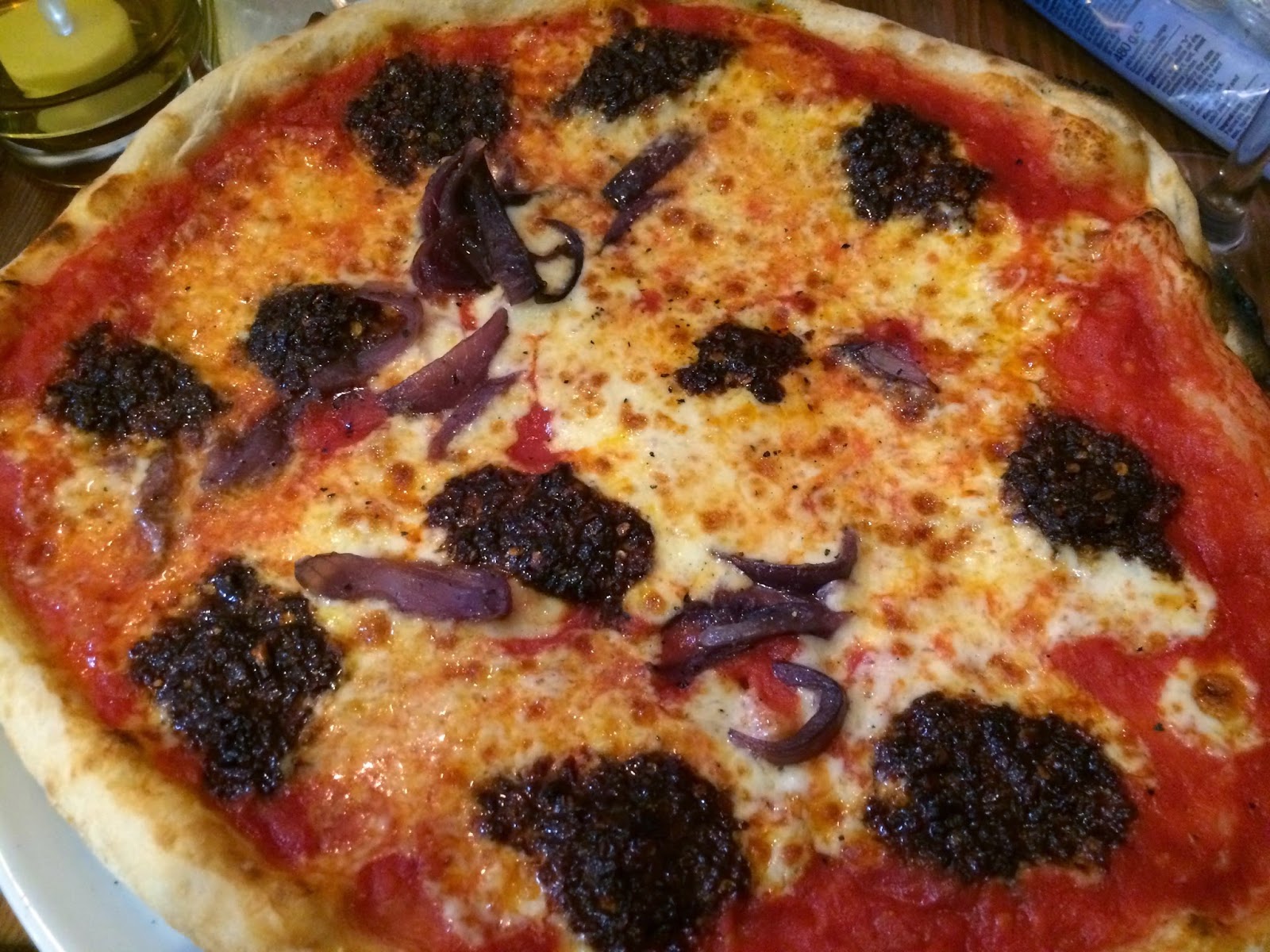 I really liked the balance of this topping – the tomato sauce was intense and full, the mozzarella was the creamy cow’s fior di latte, and the sourdough base was sour and perfectly cooked, Brooklyn style: a base crispy enough to fold by hand, the only way to take your pizza. The n’duja was exceptionally good, with a rich smokiness.

The elder child refused to share his pesto pizza (red, with basil, pine nuts and rocket leaves), which I suppose is a good sign that he enjoyed it, though not very helpful for a food review.  So here's a picture, and you and I will have to imagine the rest.

Meanwhile Mrs Diner and her friend wanted to try the celeriac special, a pizza with red onion and capers, to which they added anchovies, which were properly white. Unfortunately this pizza was rather let down by its creamy sauce, like a bland béchamel. I do love a good white pizza, but the sauce should never be confused with something that could go with cauliflower cheese. It needs a mix of flavours, and garlic, or truffle. Best of all, the truffle-infused sottocenere cheese from Veneto, if you can afford it, and at the least, a contrast of cheeses to create interest. 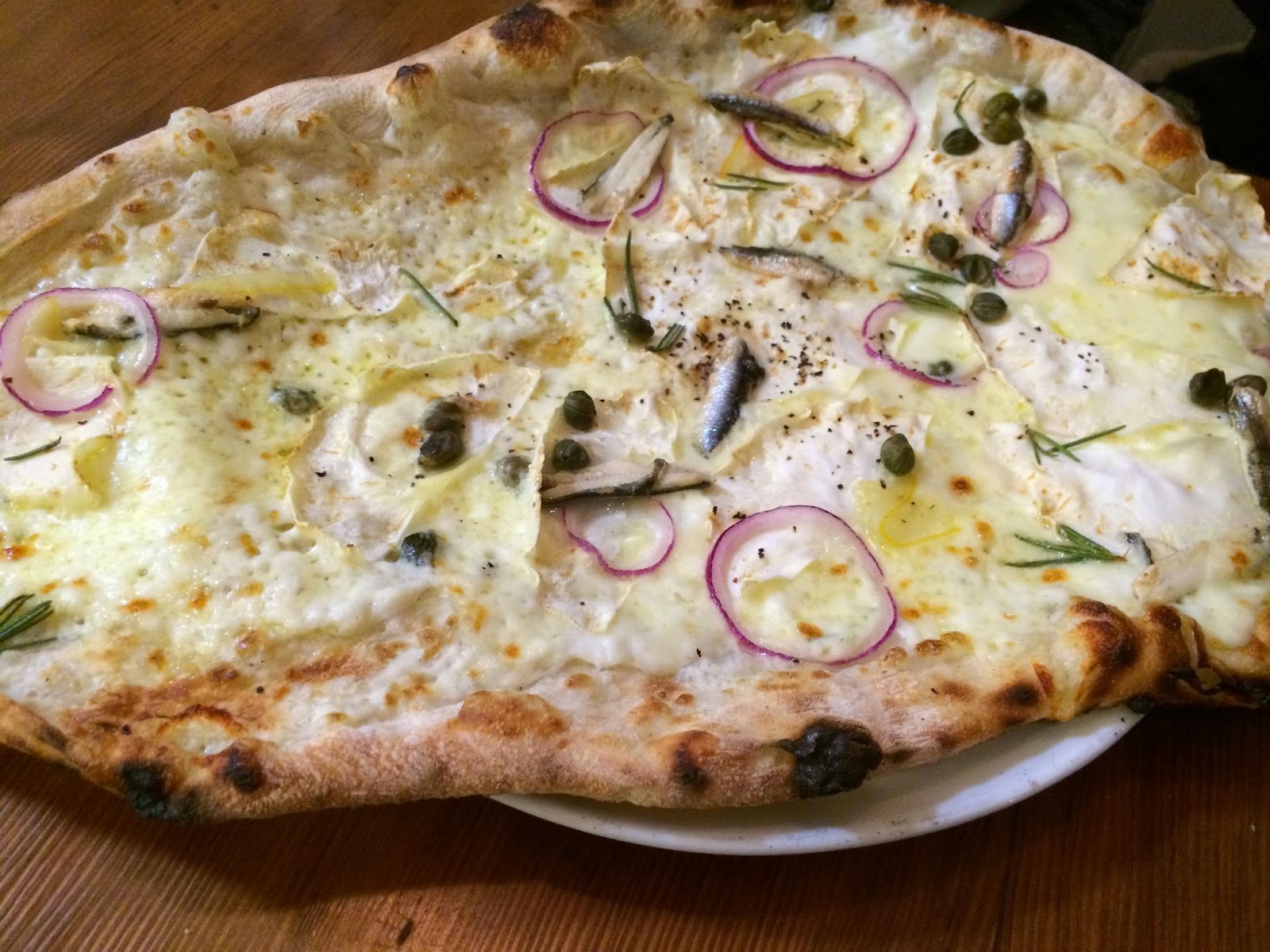 Either way, a white pizza lives or dies by its toppings: heaps of onion, garlic, and always a generous sprinkling of herbs. This one, although it had wafer-thin slices of lemon-steeped celeriac, a few rings of red onion and a scattering of capers and rosemary, was actually rather mean.

If you want to sample a proper Brooklyn white pizza, go to Mario Batali’s Pizzeria Mozza in Los Angeles, or failing that, to Cal’s Own pizzeria in Heaton, Newcastle. 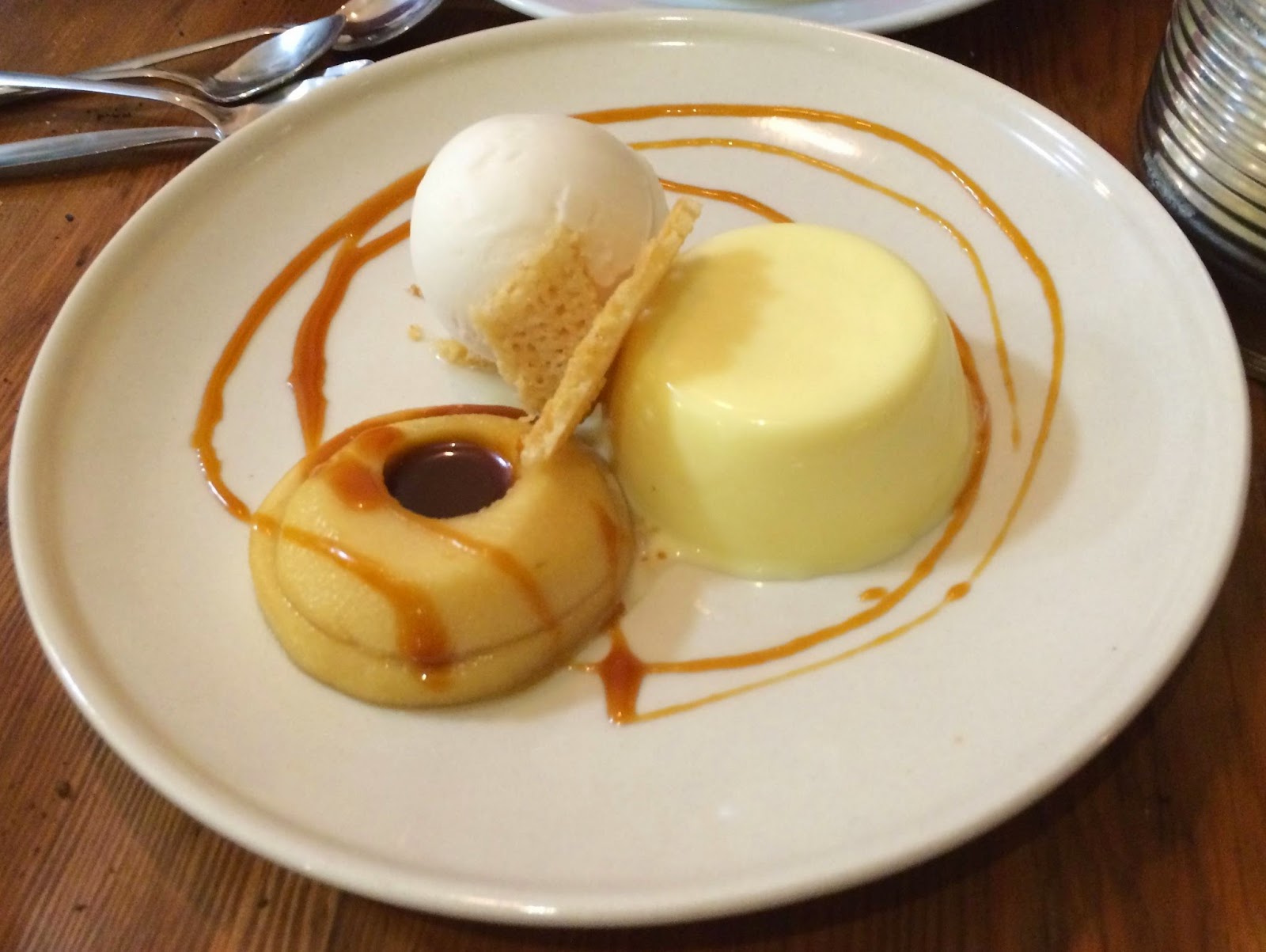 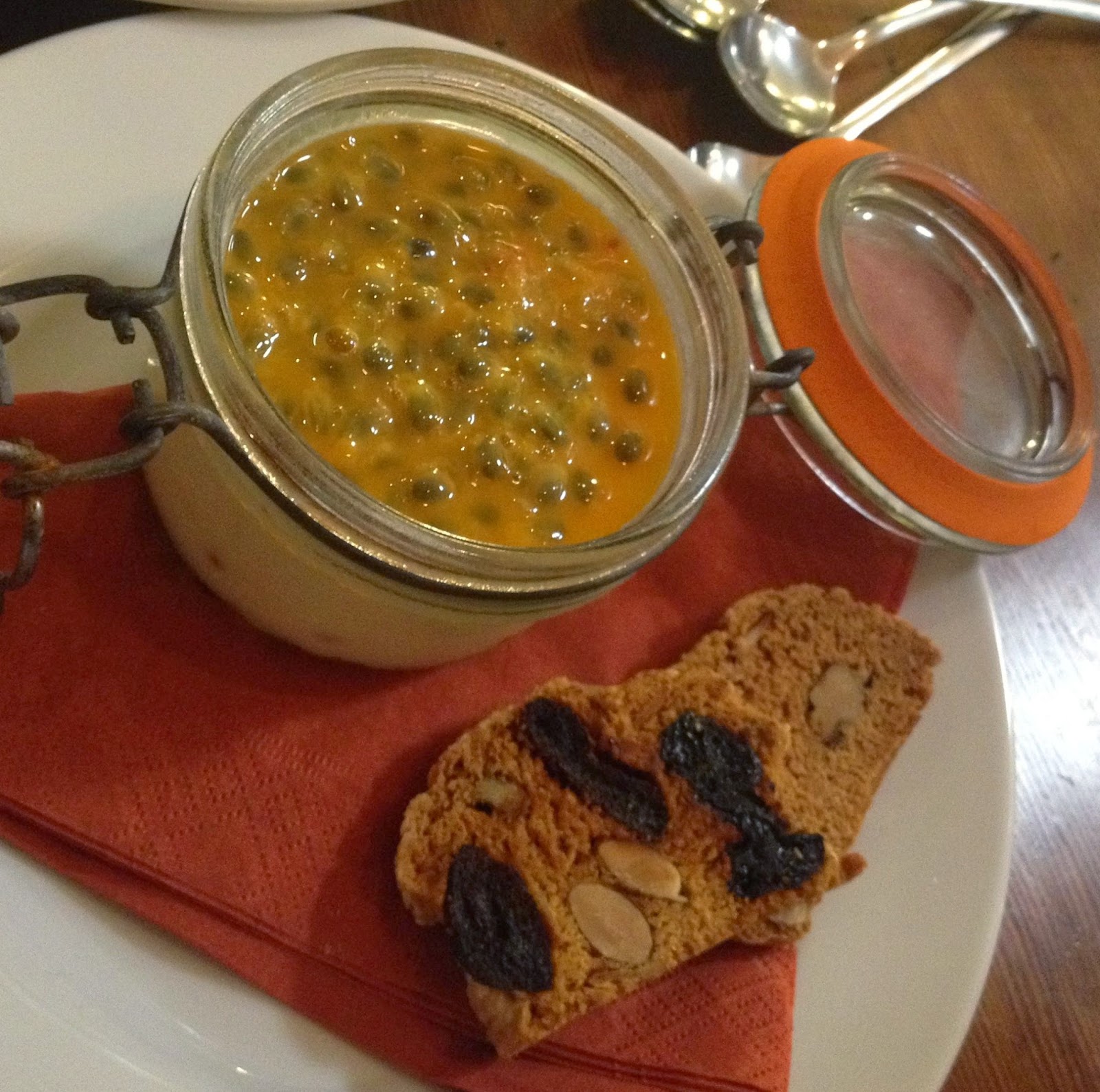 Desserts were comfortable rather than outstanding, with an underset passionfruit posset, and a pleasant bay-infused panna cotta, to which had been added apples, apple sorbet and a swirl of caramel.

There was a selection of ice creams from Vallum Farm, which are invariably excellent, and Mrs Diner and Junior Diner both let out a synchronised “wow” when they spotted Snickers Sundae on the menu. It was exactly that: a Snickers bar chopped into pieces and added to ice cream and toffee sauce. Just the sort of indulgent climax you need at the end of a very relaxing, enjoyable family meal.