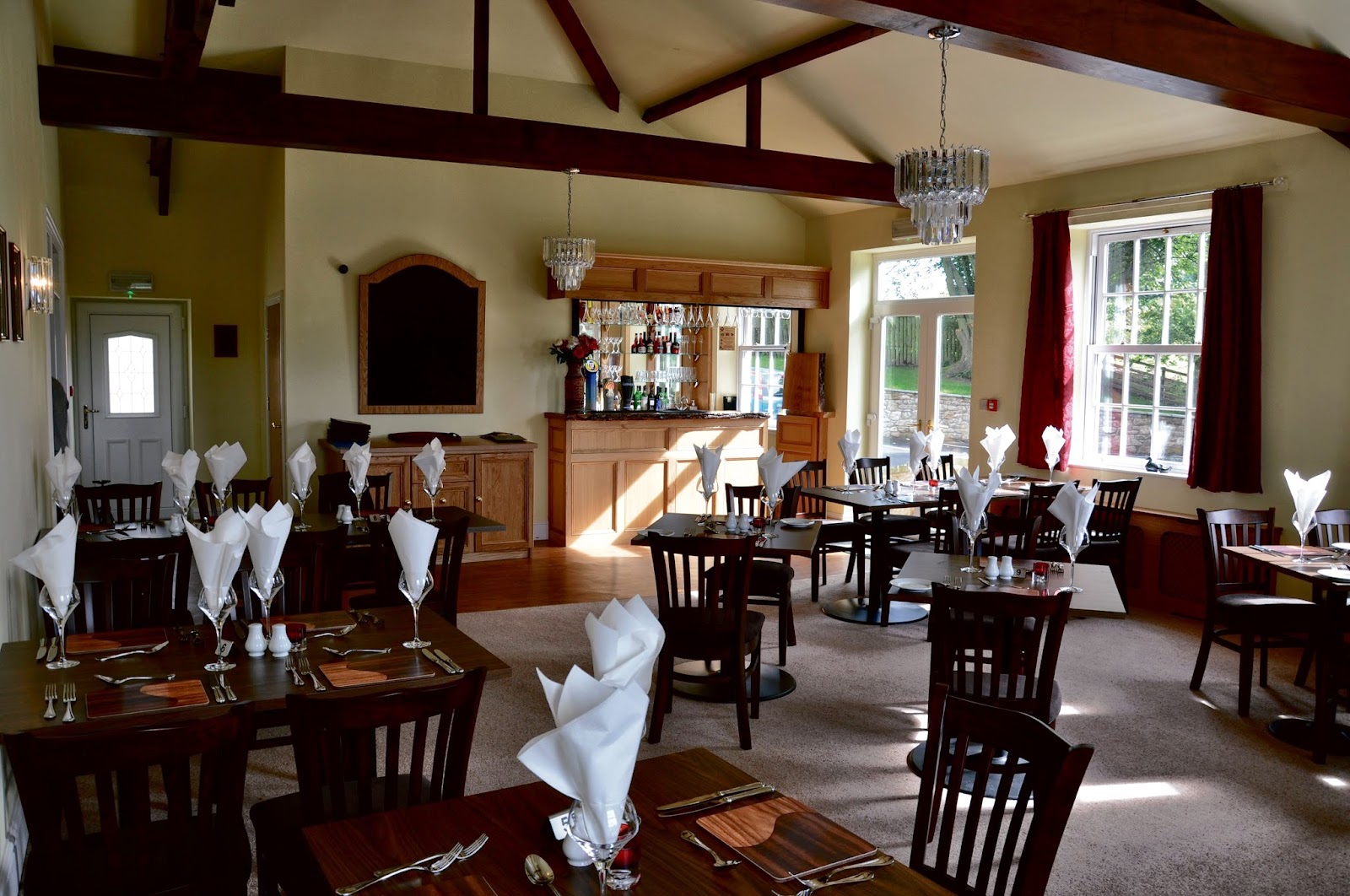 
If there’s one thing you’ll need out here, it’s a satnav. Set somewhere between Rothbury and the Outer Hebrides, this restaurant is not just out of the way, it’s located behind the back of beyond.

It was a chilly Tuesday. We were sure we’d be the only guests, and were glad we’d invited a few friends to join us. There’s nothing worse than an empty restaurant in the middle of nowhere on a dark Tuesday night.

“Are you sure you put in the right postcode?” moaned Mrs Diner, as TomTom confidently rejected Holystone village, and instead directed us along a series of long, ever-narrowing lanes.

When we ended up in a farmyard, we decided TomTom had messed up. We’d reached the end of the road and were about to turn the car round, when we spotted the little sign. It led us to a large, bright restaurant, already packed with diners, and a welcoming maître d’ holding open the door.

Converted from the old farmhouse of the Holystone Estate, the website describes this place as a “fine dining restaurant with luxurious accommodation”.

Well I can’t comment on the accommodation, but the food here isn’t exactly “fine dining”. Which is just as well, because the last thing North Northumberland needs is fancy, overblown pretension – what it desperately craves is some comfortable, interesting, confident cooking. And that’s precisely what The Holystone Lodge offers.

With no passing trade of any kind, unless you count the odd Highland cow, whose prize rosettes bedeck the beams of the restaurant, this place is a gem of a destination. However far you have to travel, I can recommend it – but book first, and be careful what you order, for the kitchen has a secret weapon. His name is Socrates.

Not a philosopher, but a chef, whose surname isn’t advertised, but I was told it’s a bit of a mouthful: Socrates Giazitzoglu – presumably ‘Sock’ for short. Quietly working away behind a glass door, he offers a menu ranging from steaks to scallops, sea bass to Thai fish cakes. But the real jewels in his menu are all Greek: lamb kleftiko and kampana, traditional Greek salads, and a baklava to die for.

The room is simply furnished, with laminated tables and rather bright lighting. There’s exemplary service from attentive, informed staff.

As we were six, we experimented with a range of starters and mains. Greek salad was fresh and authentic, with good quality feta. 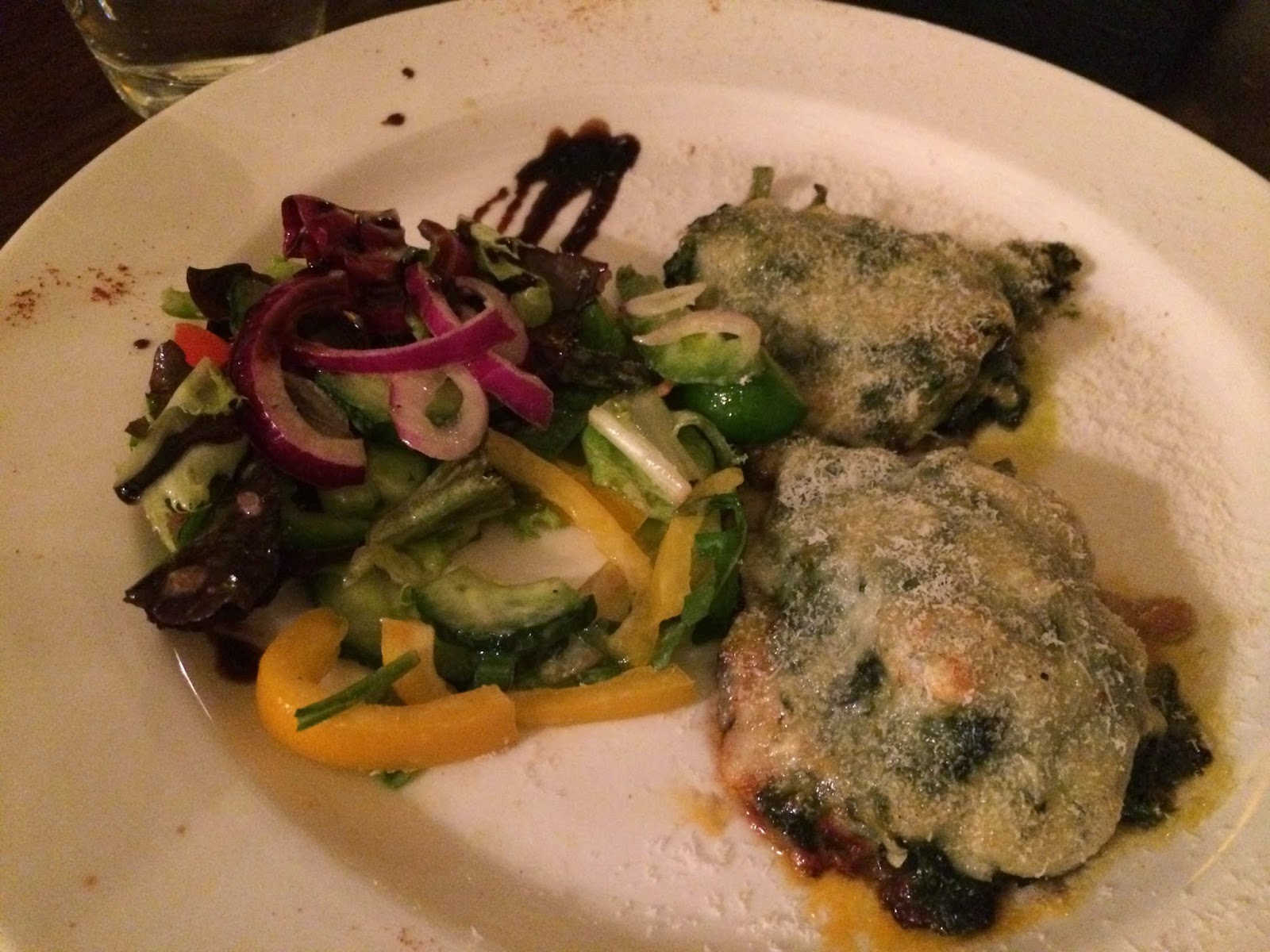 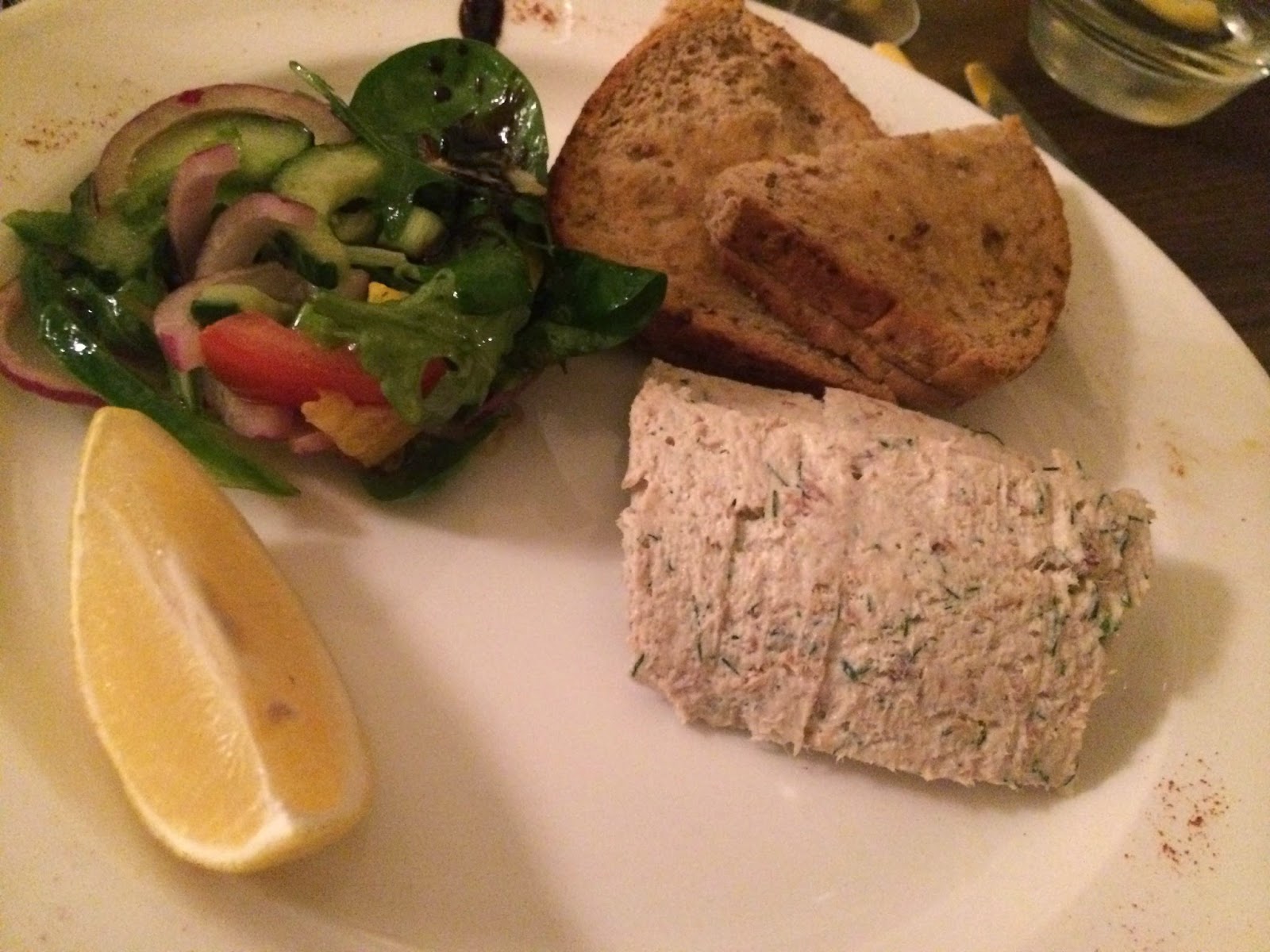 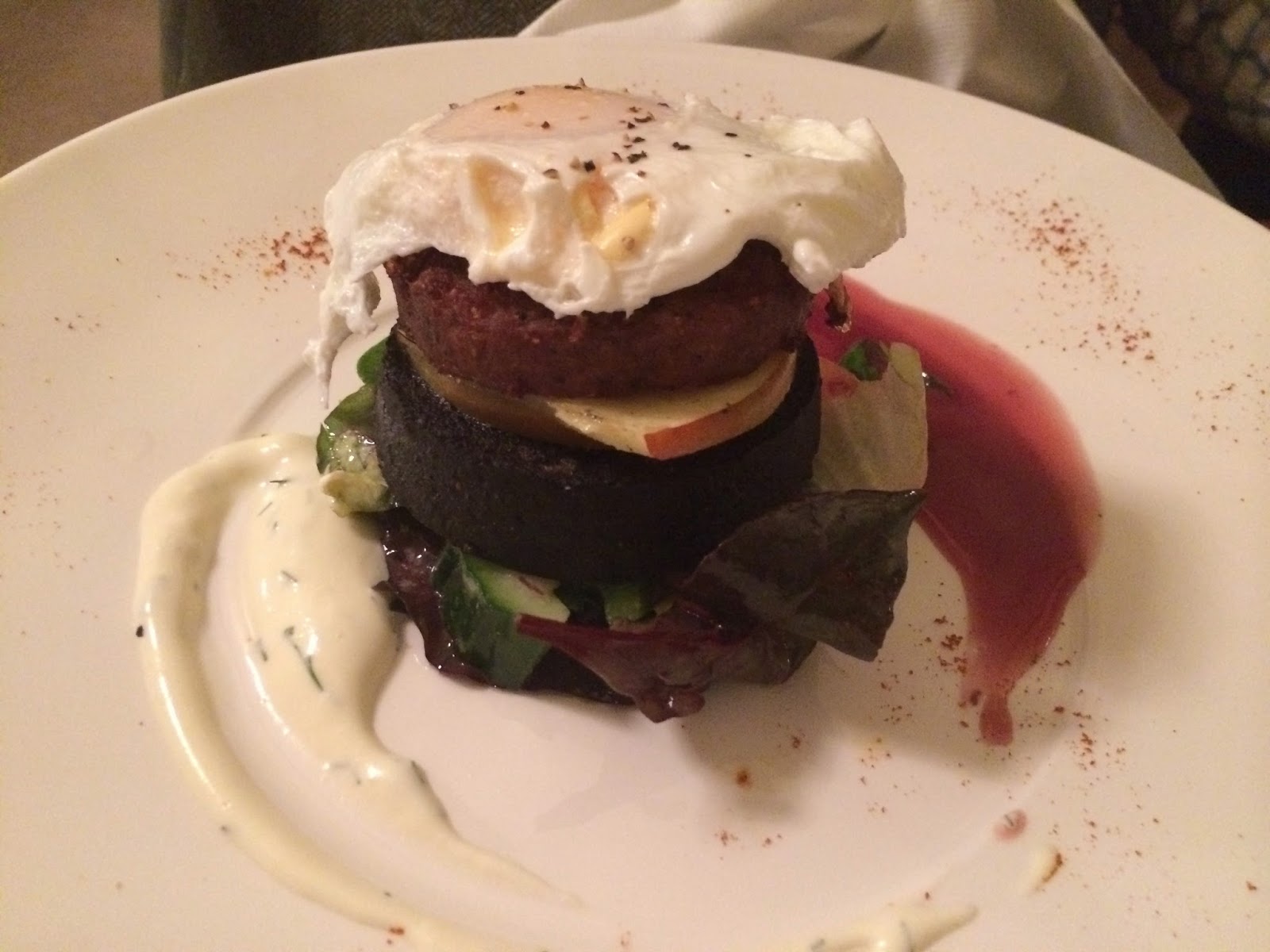 Then we got onto the fancy stuff. A teetering tower of black and white pudding was pretty enough, with slices of roasted apple and a nicely fruity Cumberland sauce, topped with a poached egg. The black pudding was black, and the white was brown but tasted of pork and spices.

This was a successful dish, unlike the ‘scallop and prawn filo pastry nest’, which had overcooked queen scallops and rather feathery prawns swamped in a creamy, bland seafood bisque. This was old-fashioned hotel cooking. But what followed amazed us all. 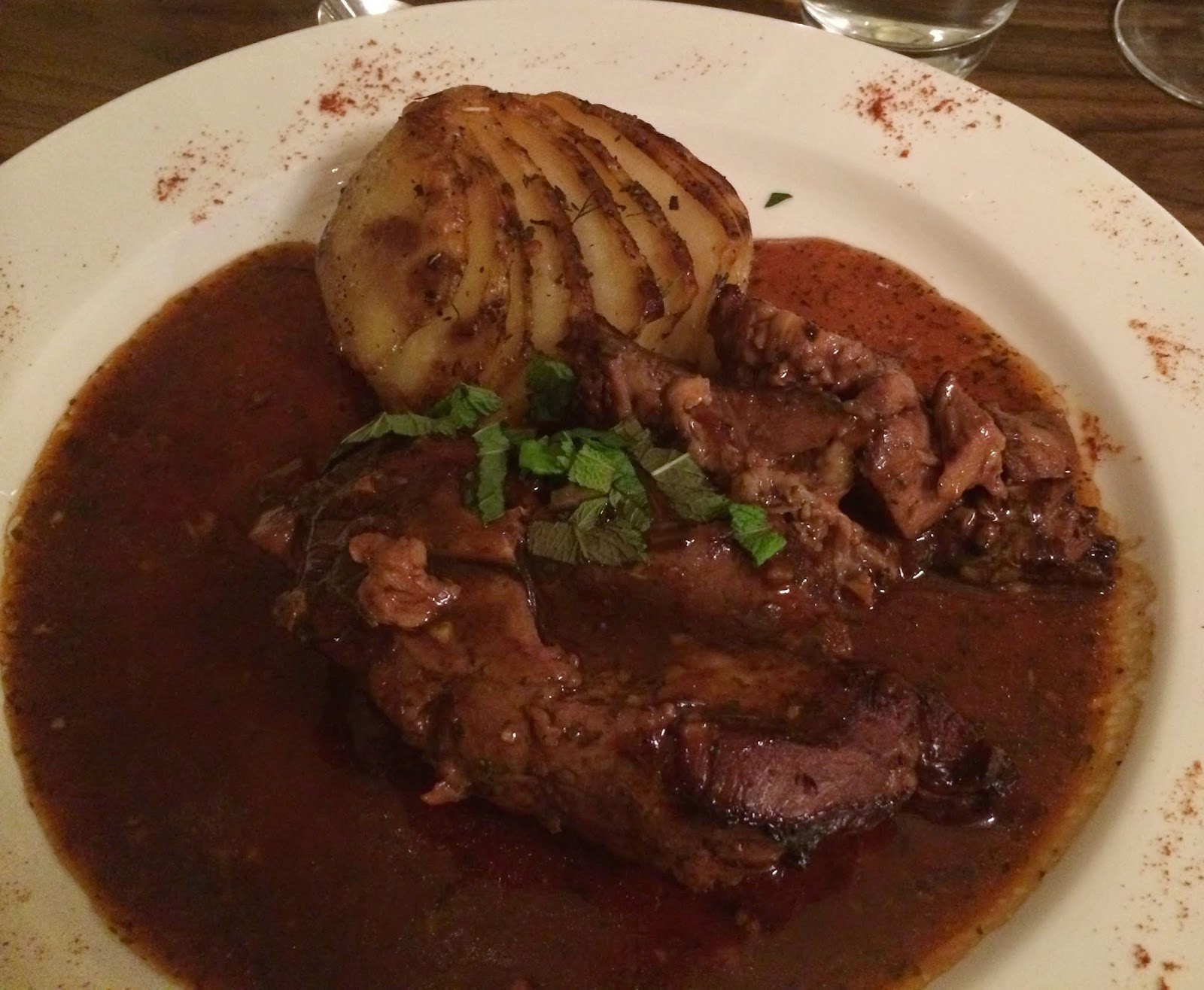 One person at the table had ordered kleftiko. This was magnificent, melting, minty, lamb shoulder cooked forever in an Aga. It was the sort of kleftiko you dream of finding on Mykonos or Lesbos or whatever Greek island takes your fancy, except you never do find it, because it’s always dried out, or stringy, so instead every night you order the grilled fish. It was better than I’ve tasted in Athens. 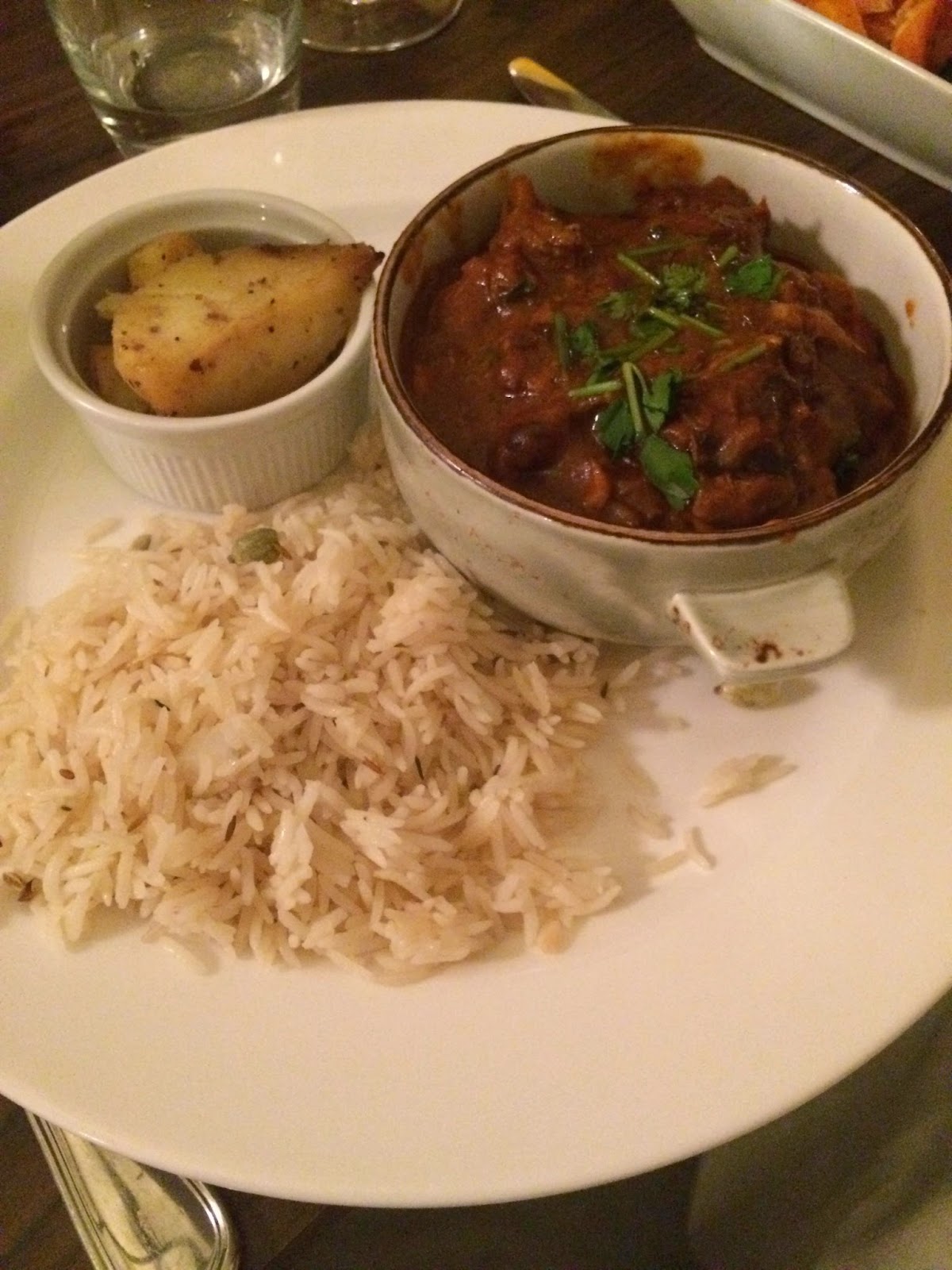 So too was the kapama, small chunks of the tenderest, tomatoey spicy lamb, served with lemon roast potatoes. I say all this through gritted teeth, because I ordered neither of these, and I really regret it.

My fish kebab was dry. There’s an art to keeping fish kebabs moist. I recently described an excellent one in a café in Norton, which really surprised me, because it was sea bream, which ought to have dried up at just the sight of a grill, but was perfect. However Socrates managed to destroy my halibut and prawn kebab, rendering it arid. 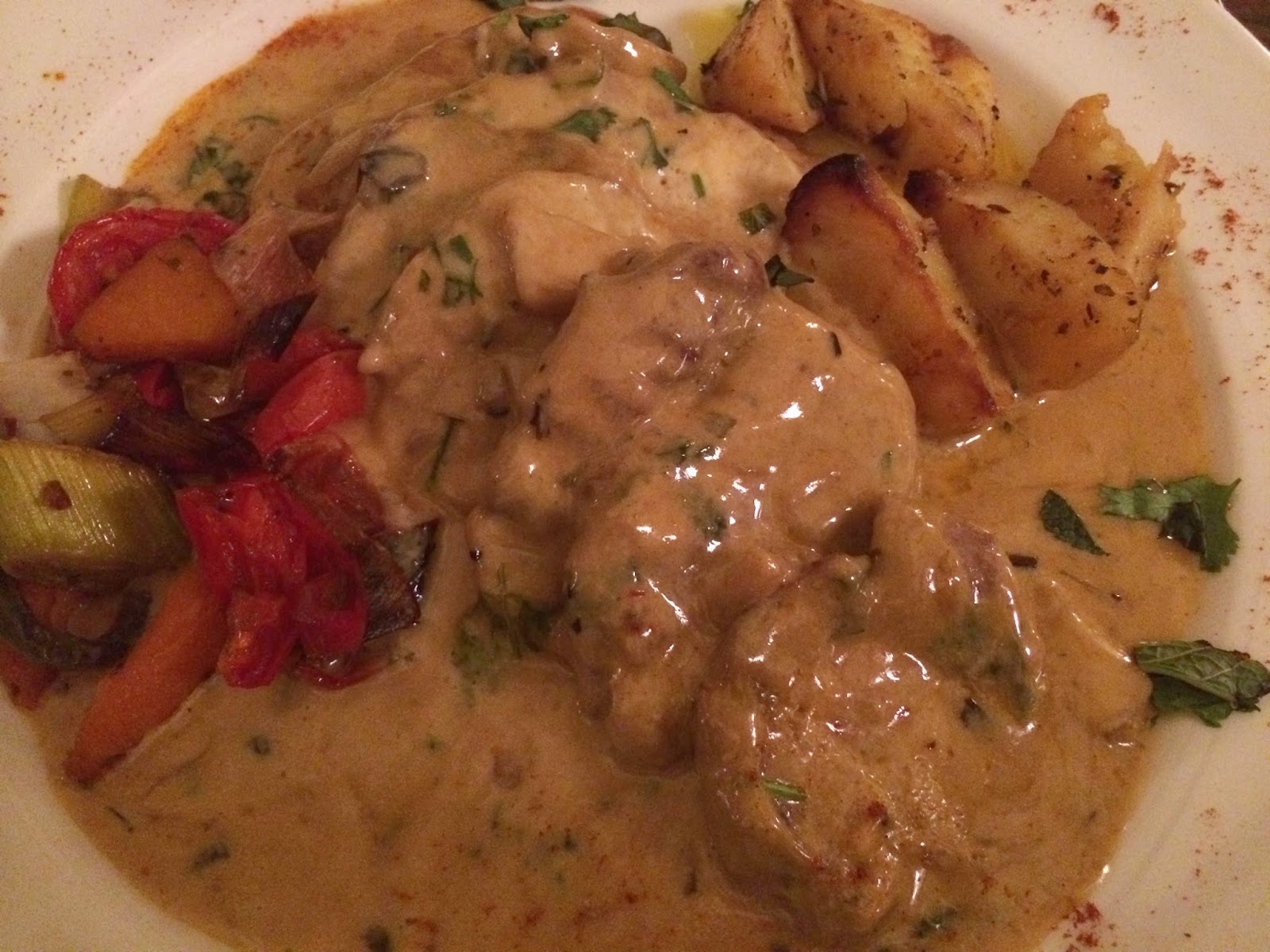 This was compounded by Mrs Diner’s pork tenderloin, which, though loin, wasn’t particularly tender, and was swamped by an apple, sage and cider sauce that was old-fashioned, creamy and bland.

It’s a shame, because much of this meal rated higher than the three stars I’ve awarded it (which nevertheless still puts it far ahead of most Northumbrian eateries). Then there were the desserts. 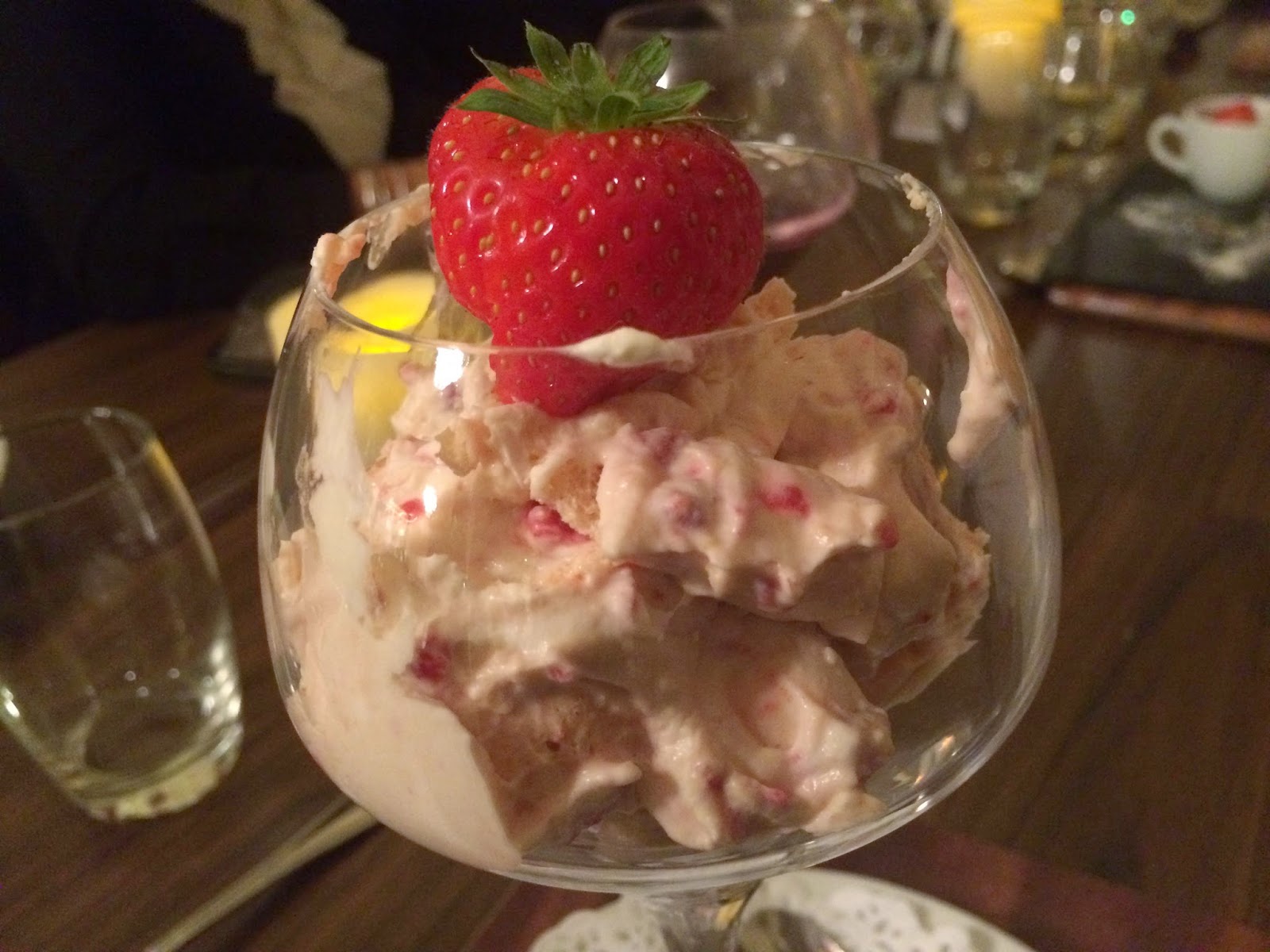 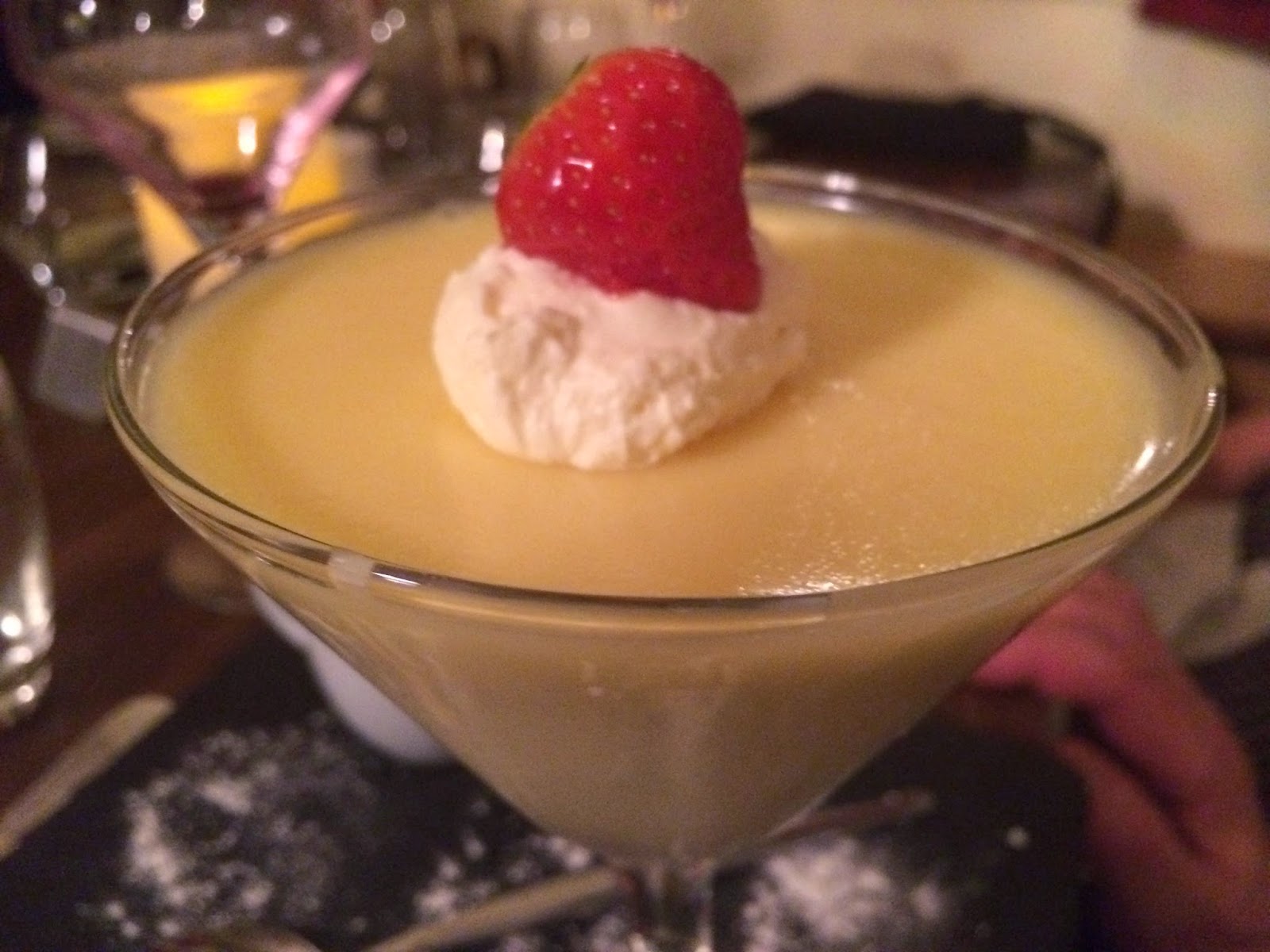 Lemon posset, though a little too set, was sharp and clean, and the delicious Eton mess was quickly passed round the table. 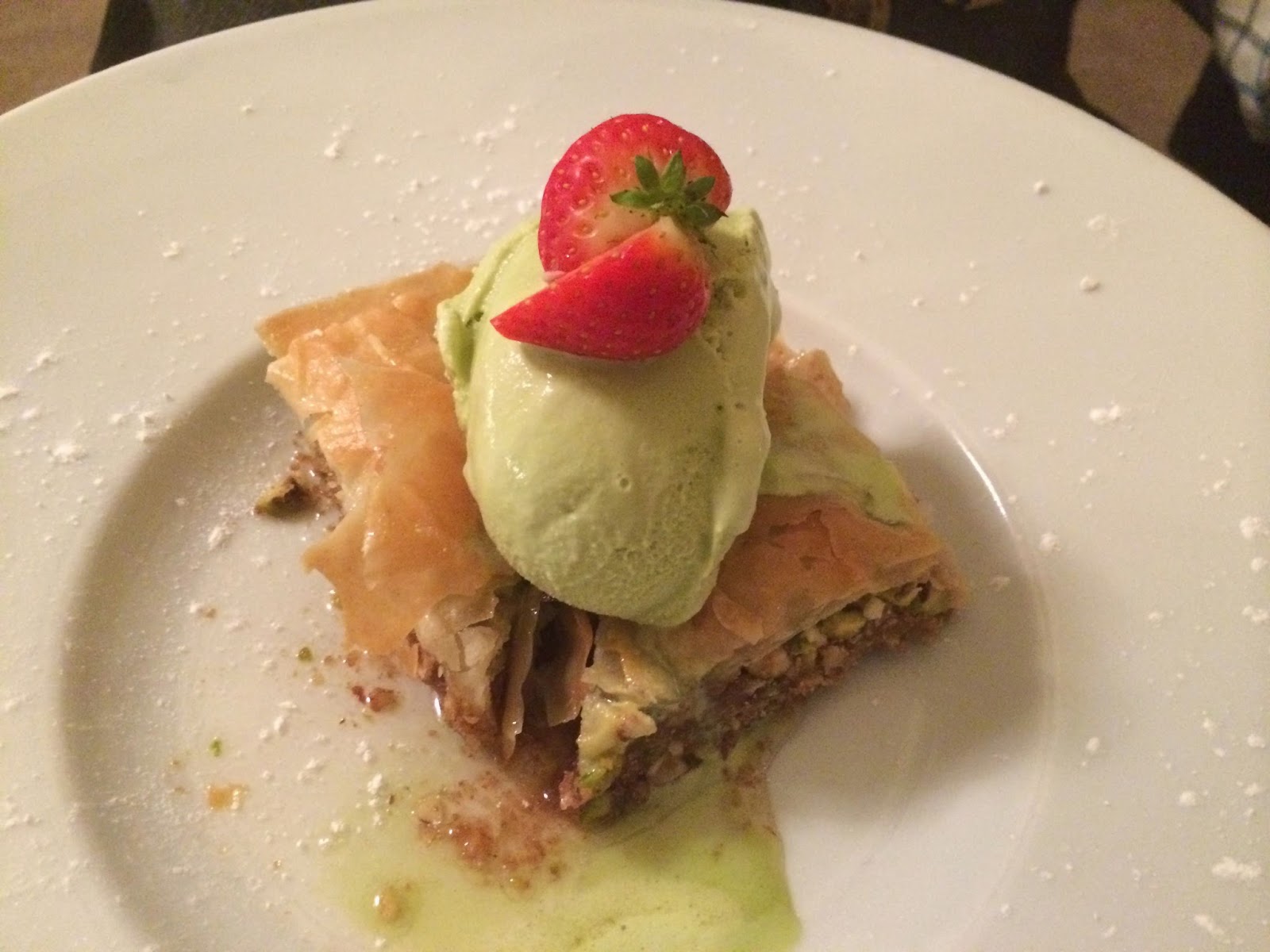 But the star, on a par with the kleftiko, was the baklava. Not the heavy, cloying, sickly kind you get and then regret in Greek restaurants: this was light, with a moist, nutty filling, topped with good pistachio ice cream. A superb finish.