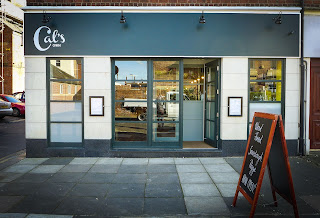 
[STOP PRESS: On 2nd May 2017 Cal's Own received final notification that it had been admitted to the world's most exclusive pizzeria club - the Verace Pizza Napoletana Association.  There is only one other UK member, A Casa Mia in Herne Bay, Kent.  The notification came after a lengthy and rigorous vetting process by the Naples committee, which verified his methods and ingredients.  This means that Cal's margherita pizza really is as good as the best you can find in Naples - and almost certainly one of the two best versions of the margherita in the UK.] 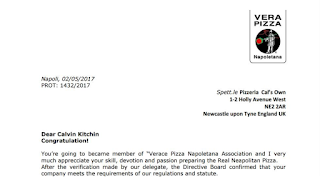 Usually I go, eat, write the truth as I taste it, and that’s about it. My job is simply to judge each restaurant on a single meal, just as any customer would.

Sometimes the owners and chefs are happy with what I write, and sometimes they are upset, but the world continues to turn and, as Del Amitri said, the needle returns to the start of the song.

However some of my reviews, I confess, come with a side order of apprehension. These are the places which, privately, I really wanted to be good, because I know the story behind the menu, about the sweat and tears that have been invested by an owner or chef committed to perfection. But you can’t review a chef’s dream, you can only report the reality. So you just sit at your table, pick a few dishes, and hope for the best.

Cal’s Own falls squarely into this latter category.  Here is someone who is not just fanatical about what he’s doing, he has committed his life acquiring the knowledge and skills to create a product that’s up with the very best in the world. That’s a tall order, when that product is as ubiquitous as pizza.

What if, after the obligatory couple of weeks to let the place bed in, I turn up and find out it just wasn’t worth all that effort? What if the oven was mis-firing, the dough didn’t quite prove its class, and the whole meal is just so-so? As Mrs Diner and I took our seats, I was a worried man. At the first bite into the pillowy crust of the Doppio Margherita I was worried no more. 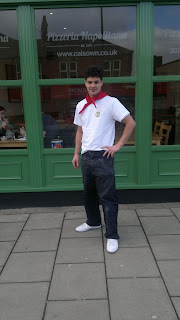 But before we get into all that, a slice of back story. Cal’s Own used to be on Chillingham Road where Calvin Kitchin, a former joiner hooked on great pizza, produced amazing ones from a slow-risen dough topped with some very fine ingredients.

There were, however two limitations. The first was in the kitchen, where the ovens weren’t able to reach the temperatures required for the finest specimens. The second was the room, which was far too small for it to become a real restaurant. It was a great takeaway, beloved by many fans, including me.

In December, Cal’s Own closed, and Calvin and his brother Kerry set about converting new, larger premises in Jesmond. They are spacious, neat and airy. The floor, à la Brewdog, is wood that used to be a school gym. Large windows flood the place with natural light and, crucially, there are plenty of seats. As Mrs Diner and I took ours, Tame Impala was playing on the stereo. We instantly felt at home.

It offers starters now, and wine, so we ordered some of each. The drinks list is good, with a choice of wines by the glass, as well as two nice beers from Wylam on tap. The Castel Firmian Merlot from Trentino made a fine companion for the evening.

I spotted two things on the starter menu that, to me, are tests of authentic Italian cooking: meatballs and aubergine parmigiana. In doing so, I ignored the fact that this would lead to two dishes swimming in tomato sauce. No matter, for, borne of the very finest San Marzano tomatoes, this was no ordinary tomato sauce. 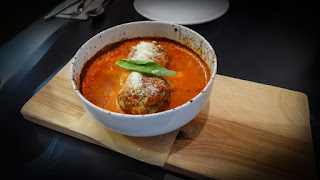 Lamb meatballs were dense, but full flavoured and perfectly seasoned. The magma-like concoction in which they bobbed, enriched with the funk of melted taleggio cheese, was a sensation. Yes, you read that right: a sensation. Cal can cook more than pizza. 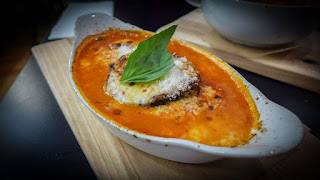 Slices of aubergine and smoked mozzarella had also been napped with these fabulous tomatoes before finding their way into the oven. The smoke of the cheese lent this dish an extra dimension, once you managed to wind enough of it to eat around your fork. 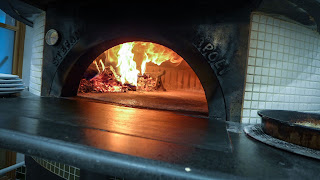 And so to the pizzas themselves, and to talk of ovens: Calvin has gone all out in this regard and commissioned one from the world’s greatest pizza oven-maker, Stefano Ferrara. This fire-breathing Smaug of a thing has a floor of biscotto di Sorrento and a dome of Santa Maria bricks, decorated in mosaic tiles — three tonnes of Italy, hand-made in Naples, the home of the world’s greatest pizzas. 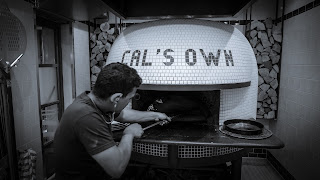 Cal didn’t just leave it at that. He’s making his marinara and Margherita pizzas to the strict dictates of the Associazione Verace Pizza Napoletana, and aims to become only the second restaurant in the UK to carry their logo of authentication. What all this geekery means to you and I is bloody wonderful pizza. 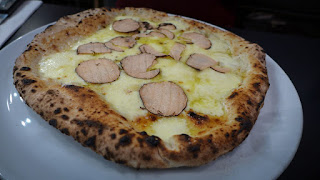 We tried a special white pizza of fontina and mozzarella with grated fresh truffles. Truffles are all well and good, but frankly they were put in the shade by the dough, which was a masterpiece. Yes, I said it: masterpiece. It was crisp yet chewy, light but substantial. With leopard-print charring from the heat of that oven, I could eat this it unadorned. It tasted and felt like it might even be good for you. The deliciously salty fontina was a bonus. 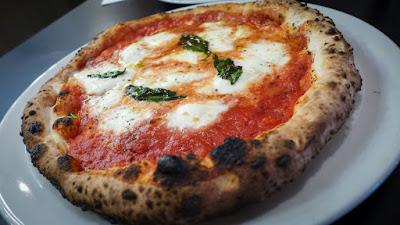 But the star was the Margherita. One bite of that glorious, melting centre where the tomato sauce and buffalo mozzarella become a pinkish soupy mixture (this is how a real Neapolitan pizza should be), we were transported straight to Naples. I preferred it to the one that I tried in Pizzeria Starita (often cited as the best in Italy), and it was, for me, a dead heat with one I adored at Pizzeria Trianon on Via Pietro Colletta. I can honestly give no higher praise. This may well be the best pizza outside Naples. For real. 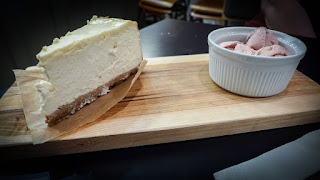 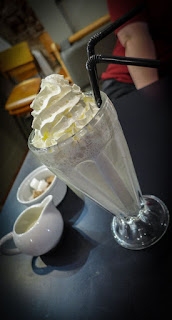 Puddings are pretty good too. A properly baked cheesecake was accompanied by some excellent (bought in, for now) strawberry ice cream, while a peanut butter milkshake was eye-openingly decadent. There was even very decent espresso to finish.

Service, from Cal’s brother Kerry as well as some of the original staff, was spot on, and the new recruits are also getting up to speed. Expect to pay £8-12 for most of the pizzas, with starters at £5-6.

The words “world class” are bandied around so often (usually by tourist boards and PR people) as to have been emptied of meaning. Not in this case. The fact that you and I can get pizza as good as this without having to travel to Naples or New York, yet alone London (where nowhere I’ve tried comes close to this), is worthy of serious celebration. Saluti.