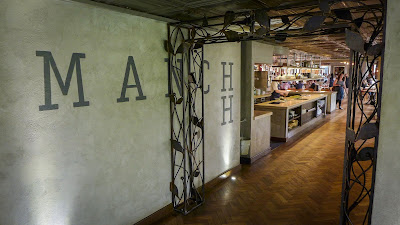 I was determined to write this review of Manchester House without mentioning the “M” word. However, they said it first.

“Yeah, this place is a one-off; Tim Bacon opened it up specifically to try and get the star,” said our waiter, just as we were settling down at our vast four top.

Tim, the owner of this and several other leading Manchester restaurants, died of cancer just a few weeks before my visit. The star which he craved is, of course, the one that a certain French tyre company hands out to restaurants serving food considered to represent “very good cooking in its category”.

The contrast between those six prosaically unimpressive words, and the drastic effect they can have on the lives of chefs and restaurateurs is stark. The Michelin star is, to some, the ultimate goal. 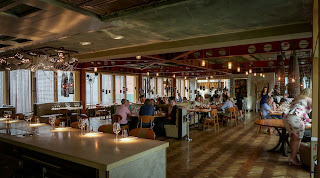 Since Manchester House opened in 2013, two editions of the little red book have been published, and neither included that all-important symbol alongside the description of Manchester House. So what? Well, so more fool the Michelin Guide’s inspectors, at least on the evidence of our lunch.

From the technicolor and tweezers series of snacks that got us on our way to the last drips of properly made espresso, this was a singularly brilliant meal. Aiden Byrne is a Michelin-starred chef without a star. It’s time this was put right.

We ate from the set lunch, which fetches in at just £27.50 and represents startling value. Eating at this price point in a high-end spot normally means lesser ingredients cooked well; here the bells and whistles came as standard. Of course we ought to factor in the £52 it cost us for an advance return ticket from Newcastle on the slowest “Express” in the world, but if you’ve an Auntie in the North West to visit, or a business meeting to attend, or any reason at all to be in Manchester, this is a helluva place to spend your lunchtime. 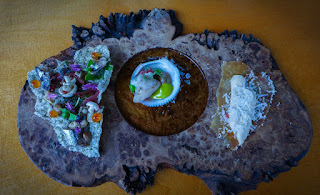 Those snacks deserve a proper description. A floaty light but filthy rich mousse of foie gras had been piped onto a glassy shard of chicken skin. I don’t know if they have pubs on Mount Olympus, but if so, this must be the bar snack that comes with Zeus’s pint of mild. Even the former vegetarian in our number was rapt, yesterday’s qualms forgotten for a moment.

Alongside, a cracker flecked with nori seaweed was adorned by a silvery smoked anchovy, tiny pickled mushrooms, salmon caviar the colour of titian and much else besides. The triumvirate was completed by a carpet clam on the half shell, and all three sat on a slab of live-edge wood so gorgeous that I completely forgot about my aversion to food being served on Things Which Are Not Plates. 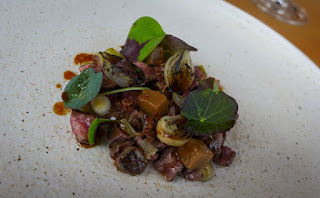 A starter of grilled ox heart looked like a plate of charred steak tartare. Unprepossessing beads of onion jelly dotted here and there turned out to have insane amounts of flavour, yet the densely beefy flesh was still the star. There was more prettiness via the medium of nasturtium leaves. 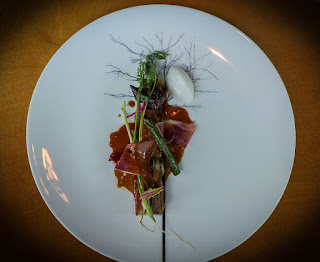 The quality of product being used here is seriously good - a piece of pork belly was dark and achingly rich - but the cooking just didn’t skip a beat either. The sauce was swoonable, but not over-reduced, while the skin was rizla-thin and compellingly crisped. 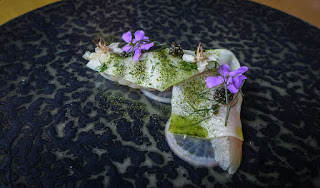 Fish was dealt with pretty brilliantly too. Fingers of mackerel (above) were sensitively soused, whilst a main course of pollock poached in pea oil (nope, me neither) promoted cod’s also-ran cousin into the Premier League.

It feels churlish to look for fault in such a fine meal, but that’s what I’m here for, so here we go. Could a parfait of beurre noisette (above) have had more of that wonderful flavour of browning milk solids about it? I think so. 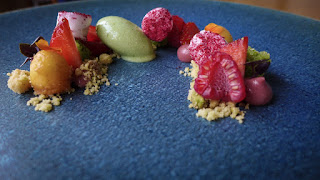 Could the pistachio sponge on the pudding of poached meringues been a bit more redolent of nut? Perhaps. And could there - excellent though it was - have been just a bit less of the service? Well, that depends. 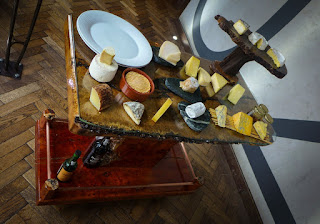 Our table was happy enough to have every ingredient pointed at and named, like half-forgotten relatives in an old wedding photo. I wonder if all the guests receive this treatment, or if they back off a bit when a table of two just want to hold hands?

In fact, we did wait for quite a while for any food at all to arrive, at which point the vastness of our table might have been punctuated nicely by some bread. But these are minor issues when what we got plenty of was smartly fitted out friendliness with a side order of good-natured Mancunian attitude. 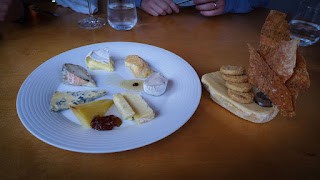 Other things: the cheese trolley was wonderfully stocked and I will never tire of truffle honey. 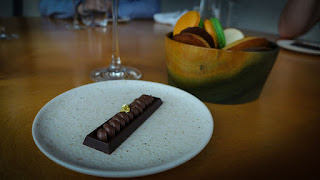 Coffee came with warmed madeleines, macaroons and a choice of home-made chocolates.

Wine matchings, especially the Pinord Plus 7 Priorat that came with the pork, were very good indeed. The 2017 UK Michelin Guide comes out at the end of September. Aiden Byrne’s stellar cooking - and he was very much present, leading a small army of chefs on the afternoon of our meal - may or may not secure Manchester House that much-longed for gong, but it ought to.

“If it happens, it happens” said our waiter as we settled up, convincing nobody. Unlike the North East, which now has three places with stars (if you include the excellent Black Swan at Oldstead), the culinary desert of Manchester hasn’t had a single starred restaurant since 1974.

Eating at a place as hungry for it as this can sometimes leave you feeling like the gooseberry on a date between a chef’s ego and a tyre company. We didn’t get that sense. We were well looked after and quite brilliantly fed. I’ve had far worse meals at some two-star joints in London. One of those is helmed by a Masterchef judge. Work it out.

My advice is to take a trip to Manchester and eat here before they get their wretched star, at which point the price of that set lunch will really go north.