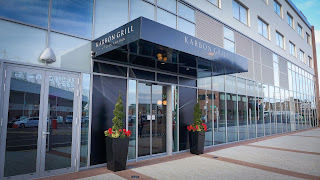 
One taste of my seafood starter and I found myself whispering to Mrs Diner: “You know, we might finally have found a decent place in Sunderland.”

This excitement lasted all of ten minutes. For the following hour and a half I desperately wanted to regain that magic moment, the high water mark of what quickly turned into another disappointing Wearside meal.

For years I’ve been desperate to find somewhere, anywhere, to recommend in this city; our meal at the Karbon Grill, the new restaurant in the Hilton Garden Inn, gave me hope at first, particularly as they are the proud owner of a shiny Josper grill, but this was all too soon dashed on the rocks of duff steak and weird sauces.


Michael O’Hare, he of the fabulous Man Behind the Curtain restaurant in Leeds, and a native of Middlesbrough, kicked up a bit of a Twitter-stink earlier this year when he described Sunderland’s food as “horrific”. Cue many an outraged Mackem taking to the comments pages of local papers to vent their fury. The unfortunate thing is, O’Hare does know his food.

The word “horrific” might have summed up the last Mackem meal I reviewed, at the now-defunct Dr Feelgood’s. To be fair, a while back I did enjoy one quite decent dinner at a rather jolly French/Italian/Sunderland joint called D’acqua, but I doubt that restaurant would have survived five minutes into the 21st century in any other city.

I don’t really understand why Sunderland is so far behind in the restaurant stakes. Newcastle has come on dramatically, much of Tyneside has improved beyond measure, North Shields is almost a foodie destination and Teesside has several good places, so long as you steer clear of Middlesbrough itself. But Sunderland? Surely the residents have tastebuds too?

A Josper oven is a very good sign. These fabulous oven/grill hybrids are made to exacting standards in Catalonia, run on charcoal and can get up to fearsome temperatures. They are good for lots of things, including imparting serious char and smokiness. Which makes the bland steak I was served at Karbon Grill all the more puzzling. 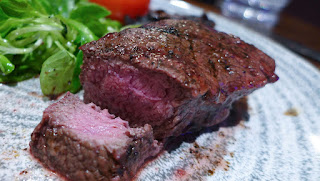 I ordered flatiron, a less tender cut than some, but usually full of flavour and perfect for a barbecue. It was cooked closer to medium than the requested rare, which, given that this particular steak is this restaurant’s “signature”, is pretty unimpressive. However the real crime was the lack of any charring. I’ve tasted dramatically better results than this on my friend’s fifty quid Argos oil drum barbecue. Jospers cost thousands, but there’s no point in the investment if your chefs don’t know how to use them. 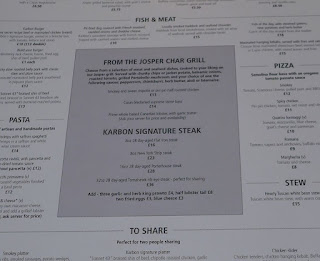 It wasn’t just the cooking that let them down, it was the meat itself. The menu claimed the steak was “28-day aged”. As I’ve said before, this means nothing without the word “dry” in the sentence. Wet-aged steak (which most “aged” steak is) is pretty revolting: it signifies meat that’s been sitting in its own blood in a vacuum-sealed pack for a month. Nice. Proper dry ageing causes the meat to interact with the air, its liquid evaporates (it gets lighter, so the cost per pound rises), and the meat takes on the intense flavour that carnivores crave. By contrast, the meat at Karbon Grill was underseasoned and had a weird stewed note. The entire dish might have been a washout were it not for some tangy balsamic onions and good thick chips. 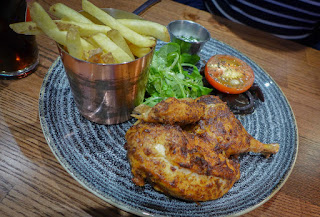 Mrs Diner’s half of Jospered chicken was scarcely any better. The seasoning tasted less of the advertised chipotle, those smoked jalapenos that make just about everything taste good, than McDonald’s barbecue sauce, a concoction that makes nothing taste very good at all.

In fact, all the sauces were weird. My béarnaise did contain tarragon, but it was also sweet, as if it had been made with double cream rather than clarified butter. It was so thick that I could hold the tiny copper pan that contained it upside down without it budging. I wondered what chemicals were used to achieve this impressive feat. Dulux paint should patent it. Meanwhile Mrs Diner’s aioli, which boasted similarly outlandish viscosity, was utterly devoid of any garlic flavour. Either these sauces came from big plastic containers or the chefs at Karbon Grill badly need a recipe book. 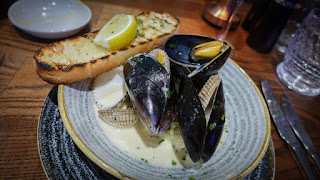 That all of this should come after my genuinely excellent starter of mussels and clams marinière is a real chin-scratcher. The seafood tasted fresh and was cooked to perfect tenderness. This, especially with clams, is no mean feat. The sauce was thin, but hummed with the ocean, white wine and parsley, as it should. 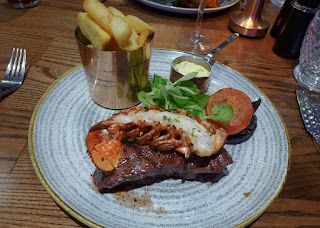 This was in stark contrast to the half lobster tail that pimped my steak, which tasted of fishy cotton wool. The menu says they get as much produce as possible from within 50 miles. Amble is within this range. Canada, where this lobster came from, is not. 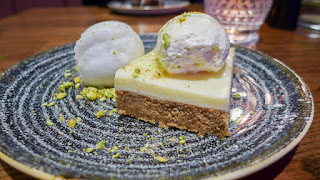 Puddings were also-rans. My key lime pie (home-made, according to the menu, which suggests the other desserts weren’t) had a dull biscuit base the thickness of a good novel, and a thin layer of topping lacking any citrus tang. 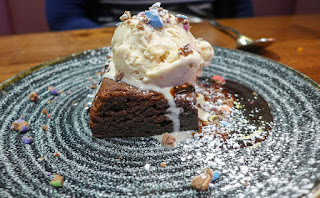 Mrs Diner’s brownie had a cakey texture, which, for a brownie, is just wrong. Snickers ice cream was good, but how could it not be? 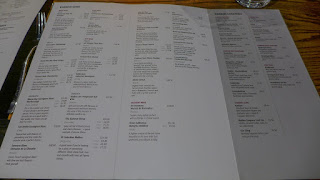 The various waiting staff were lovely and the wine list had some interest, with a decent choice by the glass (Picpoul followed by Rioja for me, thank you). However, if you’re charging sixty quid for a bottle of Pauillac, it’s imperative to list the vintage. It didn’t. We paid just under eighty pounds for our meal.

Let me sign off with a heartfelt plea: where is the good food of Sunderland? Is there an undiscovered diamond that deserves to be shouted about? Please let me in on the secret: there has to be better than this.