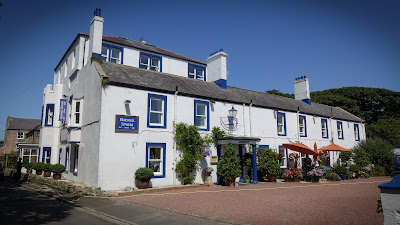 
[Beadnell Towers was closed at the beginning of 2018 for a major refurbishment, and will reopen later in the year]

Have you ever claimed to know an area like the back of your hand, and then accidentally locate a hidden gem that’s been there, undiscovered, all the time? That’s one of the joys of this job: seeking out good places to eat often involves a trip down a road less travelled, at least by me. This week’s case in point is Beadnell.

Mrs Diner and I must have scooted around the corner of the B1340 which brushes up against but ignores Beadnell a hundred or more times. The Beadnell Bypass, we call it, as we storm along to Seahouses for fish and chips or Bamburgh for the beach. In all my years I’ve never tried turning right into the village itself. But after several letters from readers telling me what I’ve been missing, the other week we finally checked it out. 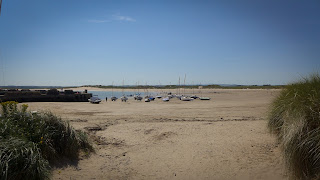 They were right: it’s a gorgeous, peaceful little spot. They were also right about the lunch.


The centre of the village was in gorgeous bloom and Beadnell Towers, a hulking great lump painted in Santorini-esque whitewash and blue, was also doing its floral bit. Hanging baskets, planters and pots were noisy with colour. What a joy that the weather, on one of the hottest days of the year so far, meant we were able to enjoy them while we ate. Under a shady parasol, accompanied only by the chirruping of local birdlife and the occasional satisfying crunch of gravel under tyre as a car swung into the car park, all was very, very well.

To be honest, the food here would probably have had to be crushingly bad to have jolted us from our summer reverie, but far from it. There was a pleasing, old-fashioned unfussiness to everything, with decent and occasionally excellent raw materials prepared sensibly. 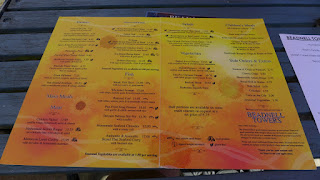 Despite the rather worryingly vast choice over three separate menus, everything we tasted was simply but appropriately done. It was a delightfully retro menu, where grilled gammon (with pineapple of course) sat alongside cod topped with prawns and cheese. There was a nod to the foreign too, with chicken fajitas, Moroccan lamb cutlets and Thai curry. 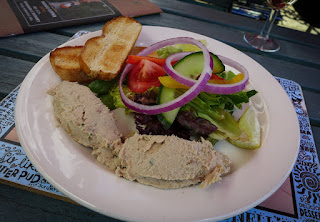 It being so blaringly hot (by Northumbrian standards), we opted for cold starters. I’ve yet to meet a mackerel pâté I couldn’t get on with, and Mrs Diner’s didn’t spoil that record. It was smooth, full-flavoured and plentiful, with a couple of bits of passable toasted brioche for the spreading. 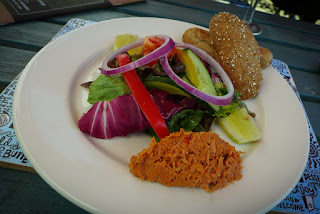 My own crab salad comprised a single quenelle of a straight-up mix of brown and white meat. It could have used a touch more seasoning or a dab of spice, and I could have used an additional quenelle, but it was still rather lovely when chased down with a glass of decent house sauvignon blanc.

Both our main courses involved seafood prepared in an old-fashioned way. Lobster thermidor was one of those dishes back in the Sixties that my Dad fantasized about for very special occasions. That and steak Diane. Nowadays, the very idea of a cheesy sauce with fish is to some a grim and terrible heresy. I take their point, but perhaps because I just can’t step outside of my own nostalgia, I don’t agree, and neither does Mrs Diner, who chose a special of king scallop thermidor. 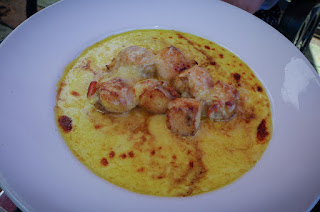 Roe-on, they were very neatly cooked, retaining their pert sweetness. The sauce itself bore the tang of mustard and hint of white wine. Very nice. 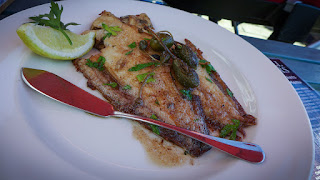 I time travelled back to my own main course too. Flat fish, cooked in a pan of foamy, nutty butter and finished with capers is one of life’s simple joys, and a strong contender for my desert island dish. This rendition, featuring lemon sole and caper berries was on the money, the gossamer, slightly gelatinous flesh peeling satisfyingly away from the bones. 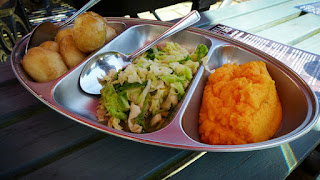 More nostalgia: veg was served separately in a compartmentalised metal tray, just like in the olden days. Boiled potatoes were lovely, ditto some buttery cabbage. A rather watery mash of some indistinguishable root veg, less so. 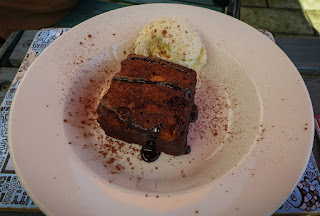 Puds were in keeping with the “home-made, simple, but tasty” theme of everything else. A chocolate brownie was a little cakey - I like them gooey - but had a pronounced cocoa flavour. The accompanying scoop of ice cream tasted to me like Doddingtons, which is to say wonderfully creamy and dense. An aside: you seriously ought to track down Doddingtons homemade fudge chunk flavour, one of life’s more intense experiences. 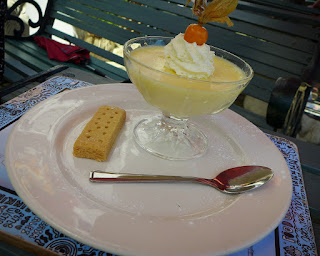 A lemon posset was bang-on, just set and with good balance between sweet and tang. Service from the owners Michael and Allyson, was amiably charming. Orders are placed and paid for at the bar - apparently they’ve had a few people legging it without paying, which is a heinous crime. Talking of the bar, it’s full of odd and characterful bits and bobs – the Egyption sarcophagus is, according to Michael, empty.

One important note: if you are planning to take lunch here, arrive before 2pm when they stop serving (one of the more annoying 60s traditions that still persists in this part of the world). I felt really sorry for the table next to ours who had to make do with grab bags of Walkers ready salted. Our own three courses, with a drink each, came to almost exactly sixty quid, which is fair. 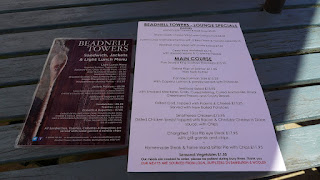 There are still places up and down this coastline that do Northumberland a disservice by doling out frozen burgers and microwaved lasagne to captive tourists. Beadnell Towers is resolutely not one of those. Now we know what we’ve been missing, we’ll be back to this pretty little village to try out its other hostelry, the Craster Arms. Until then, I’m happy to add Beadnell Towers to my recommended list. Especially when the sun’s out.