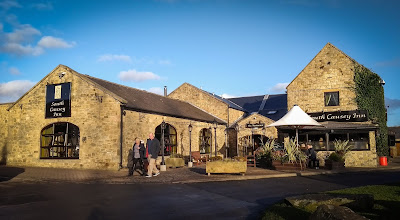 
I fear the portents for the restaurant trade aren't great. Every owner knows the impact Brexit is having on the value of Sterling, causing the price of imported products to rocket. Young Europeans are already less likely to head this way to work here, making recruitment harder. Consumer confidence, and therefore spending, is threatened. In 2018 these issues are not going to lessen as the reality of our messy divorce starts to crystalise.

So, against that cheery backdrop: how do you stay afloat, never mind make money from the catering game? They say that diversification and increasing volume are a couple of options. Both have been taken up enthusiastically by the South Causey Inn. And how.

Businesses often like to speak euphemistically about offering “cradle to grave” services. At South Causey, just a few minutes from Beamish Museum, they’ve taken this approach literally. Christenings, baby showers and funerals can all be catered for – there’s even a dedicated ash-scattering site for the latter.

They also do afternoon teas, weekly quizzes, a monthly dog walk (fancy dress on New Year’s Day), gin tastings (they distil their own), and, of course, weddings. They have two separate wedding venues, each with their own chapel and bar. They expected to do 300 weddings in 2017, which will have helped the occupancy rate for their 37 rooms. A number of these are themed. And have their own hot-tubs.

Astonishing stuff. But, as Mrs Diner and I pulled up for lunch, parking in one of their vast car parks, we had neither just been born nor died, weren’t getting married again, didn’t have Diner Dog with us, didn’t want gin, a quiz, or a night in a Captain Cook themed bedroom and were not in the mood for a steamy hot tub session. We were, however, hungry. 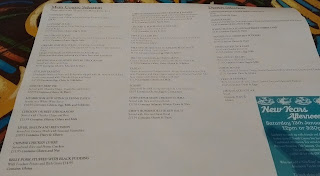 The menu, much like the place itself, was large and a bit confusing. It read like a greatest hits of bog-standardism, as if they hadn’t had the heart to leave out any crowd-pleaser. Nachos, burgers, steaks, roasts, breaded fried brie, lasagne, pies, stroganoff, fajitas, pastas and curries – all present and correct. 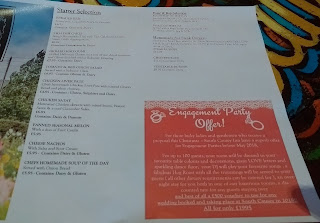 “Do you think they can do any of this well?”, I wondered out loud, looking around the packed room. 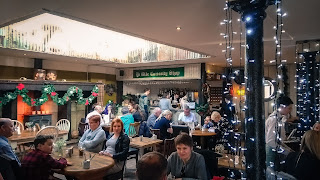 “It must be decent, it’s heaving,” said Mrs Diner optimistically. The following three courses soon put us right on that. 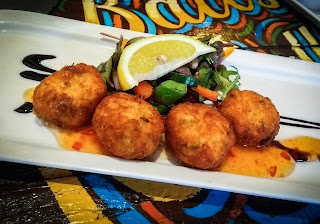 These were bland, unseasoned stodgy little boulders, with no discernable spice, fish sauce, kaffir lime leaves or anything else remotely interesting. About as far from the real deal as you can get. They came with gloopy tasteless sweet chilli sauce and, bizarrely, a squiggle of balsamic glaze. 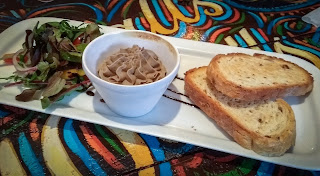 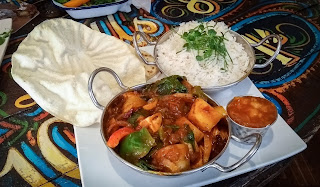 Mrs Diner’s chicken balti might actually have been the most awful thing I’ve tried since the Great Tomato Soup Disaster at Goats On The Roof back in 2013. It was even worse than James Martin’s “gloopy veg tagine with grit” on Virgin Trains East Coast.

This curry tasted of almost nothing. No spice, no tang, no seasoning, just oily blandness. How did they achieve this? What techniques did they employ to so thoroughly drain the life and soul from each ingredient before plating up? I tried it time and again. I could see food in front of me alright, but I couldn’t taste a thing. I nervously looked around to check I hadn’t slipped into some Black Mirror-style facsimile of reality. Across the table, Mrs Diner’s disappointment looked authentic enough. I relaxed. I tried the rice and naan: they were far worse than I’d expect to get when buying a supermarket heat-at-home ready meal. Which I never do. 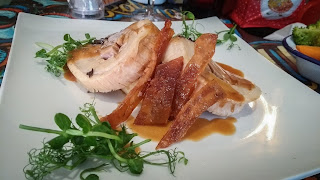 My own main of pork belly comprised unrendered internal fat, chewy crackling and a dull gravy. A dish of accompanying vegetables bore no trace of butter or salt, hence tasted of - guess what? - nada. The high point was a garnish of pea shoots which tasted vaguely of pea shoots. If you think that sounds like damning with faint praise, give yourself 10 points. 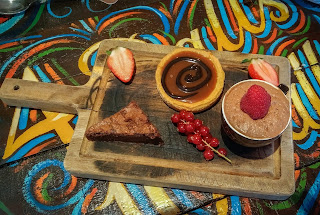 In order to expedite the lowering of the curtain on this farce, we shared a trio of desserts. When I concentrated really, really hard I could just about taste the chocolate in a mousse and a triangle of brownie, but it took some doing. A salted caramel tart was sort of alright, with a shortbread style case and a filling that at least succeeded in its simple task of being sweet.

Service was functional. The troupe of youngsters in charge of the room were having to run their proverbials off in order to keep pace, so there was no time for niceties. I asked the barman how many covers they would do that day. He said he wasn’t sure, but that actually this was fairly quiet. Apparently they can serve between 600-800 lunches on a Sunday. That’s remarkable. And sad.

How to explain this, given the execrable quality of our meal? I can’t, certainly not at this price point. My main course was £14.95, Mrs Diner’s curry of woe was £12.95. That ain’t exactly cheap, given that I would expect better, much better, from a local Wetherspoons. My best guess is that it’s popular because it’s family friendly - there was a table of 30 next to us, including multiple kids. Or perhaps it’s because the parking is easy.

Maybe they were having a real off day, or maybe the food used to be better than it is now. The woman queuing to pay in front of me was making this exact point as she asked for a number of dishes to be removed from her bill.

As I write this, any number of restaurants across the region, preparing fine ingredients with skill and offering personal and personable service, are struggling to make their numbers stack up. Colour me boggled. Newcastle Restaurant Week is only a week away. By all means get yourself out there and do what you can to support the people who are doing good things, but remember, especially now, in these Brexit-battered times: your favourite restaurant isn’t just for January.