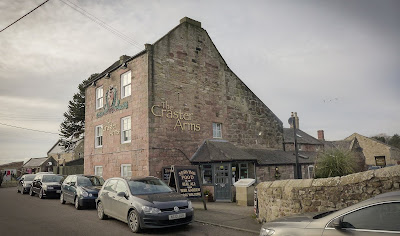 
Things are happening in the village of Beadnell. The last couple of years have seen a bunch of new holiday homes shoot up, as well as a few changes to the dining options for locals and visitors. Last summer I thoroughly enjoyed a sun-drenched lunch at the slightly eccentric Beadnell Towers, but that has since been sold and is now closed for a major refurbishment. 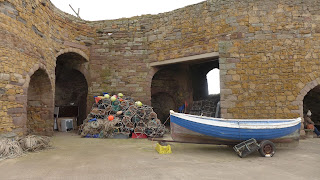 Beadnell’s Salt Water Café, which does breakfasts and café-style lunches before turning itself into an evening seafood restaurant, is already in my ever-expanding in-box of impending reviews. However, according to our friendly waiter at The Craster Arms, all three Beadnell establishments are now part of the same business. He told us that the plan is to go down the “luxe” route with Beadnell Towers, while Salt Water Café will cut a more cosy, homely look. On the other hand, it’s pretty clear from its massive and wildly varied menu that right now The Craster Arms is all about volume. 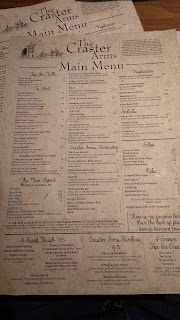 We had pitched up in search of sustenance on a cobweb-displacing Sunday afternoon. I don’t generally review Sunday lunches as, to be frank, I’m not that big a fan: never enough roast spuds and the gravy’s hardly ever properly made. But the Craster Arms was still serving its regular menu together with the usual multi-roast extravaganza, so I reckoned I could make an exception. 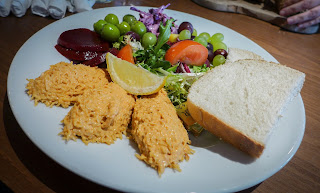 I asked for a half portion of the crab salad main course as a starter and received a triptych of huge quenelles of mixed brown and white meat; goodness knows what the full-sized plate looks like. Pretty good it was too, only becoming a touch dull towards the end. The crustacean shared its plate with a rather idiosyncratic set of companions, including cooked beetroot, raw tomato, nocellara olives and grapes. 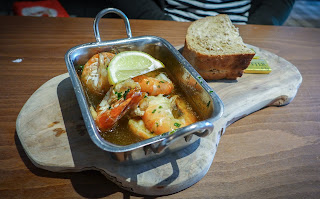 Mrs Diner’s king prawns arrived in a little steel can, swimming in a garlic butter that somehow managed to taste not at all of butter, and not much of garlic. The prawns came with exoskeletal shells still intact, which is fine when they are of a quality to reward a little DIY butchery, but these, being thoroughly overcooked and a bit pappy, were not. 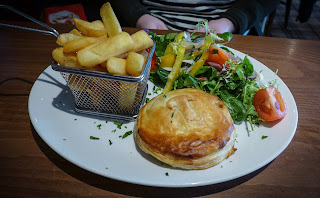 Mrs Diner had chosen the vegetarian option as her main course: mushroom, brie, hazelnut and cranberry Wellington. It was nothing of the sort – this was a pasty. The filling ingredients worked punchily well enough together, but something about the whole thing tasted pre-prepared. Could it – God forbid! – have been fabricated off-site? Suspicious, I googled the website of Holdsworth Foods (“Your Partner in Restauration”), supplier of ready meals to chefs who are too busy to cook, and there, in its frozen meals catalogue, found something called ‘Mushroom, Cranberry, Brie and Hazelnut Wellington’. I'm sure it's just a coincidence. 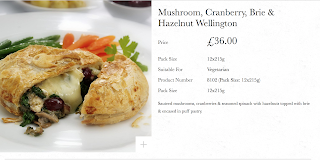 Note the dinky little decorative mushrooms on both lids. Holdsworth offers theirs at £36 for a pack of 12. The Craster Arms’ version was £11 on the main menu, but it did come with a “bistro salad”. What’s one of them? Well, apparently it consists of raw peppers, tomatoes and red onion, amongst mixed bagged leaves, with barely a trace of any attempt at dressing. So, now you know.

Chips were crisp without and fluffy within, but arrived in one of those ghastly mini frying baskets. 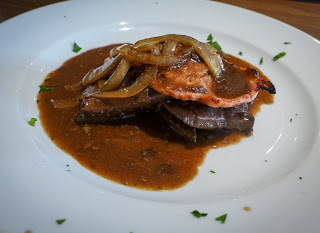 I had been looking forward to my calf's liver main course, but sadly the thin slices of innards had been cooked way beyond rosy into the realms of leather and sadness. A wildly salty slice of bacon and a similarly saline gravy didn’t help. This, for fifteen pounds, was really poor value. I took solace in the upgrade I had made from seasonal vegetables to dauphinoise potatoes, which were creamy, yielding and had pleasing notes of thyme about them. 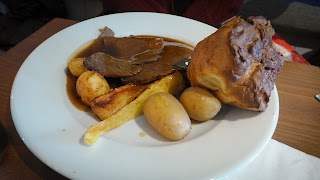 The friend we had taken out for the afternoon is, unlike me, a big fan of pub Sunday roasts, and duly ordered one. Having snaffled a taste, I am happy to offer some brief notes. Beef: overcooked. Roast spuds: two, smallish. Yorkshire: not bad. Gravy: diabolical. 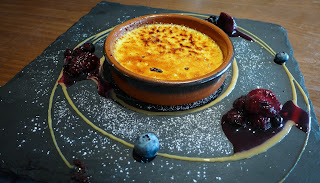 Puddings all looked pretty good at first sight, arriving in a maelstrom of black slate and squiggles of sauce, but on closer inspection they revealed some bothersome niggles. A nice crisp-crunchy topping on my crème brûlée gave way to a rather wan interior that had got through life without meeting a vanilla pod. 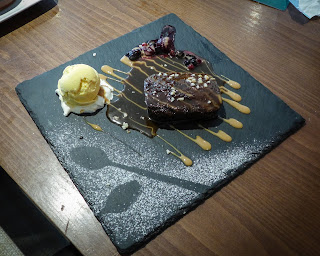 A slice of sticky toffee pudding was more like a straight-up sponge covered by a bit of caramel sauce. 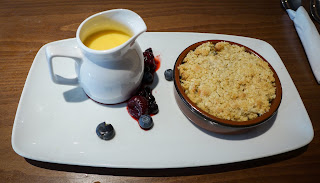 An apple crumble was particularly poor, the topping underfired and the accompanying jug of custard tasting like a cheaper version of Birds. Blobs of preserved fruit were scattered around all three, a peculiar leitmotif. 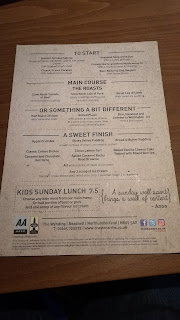 So, not great then. But how could it have been when the menu lurches from spare ribs to Greek salads and thence to pastas, steaks, burgers, pies, fish and chips, curry, risotto and Caesar salad, whilst also dishing out those overcooked Sunday lunches? Without wanting to sound like that sweary Scottish bloke off Kitchen Nightmares, surely this menu requires some heavy pruning, if only to give the kitchen a chance?

In fairness, some of what we tried did taste freshly prepared. However, most of the rest had a dullness that hinted at having spent most of its existence elsewhere. To be clear, I didn’t see the Brakes or Holdsworth Foods delivery van out the back but, for whatever reason, that’s the impression we got from a lot of what we ate. Some people proudly go through life serving frozen ready meals from Costco and Iceland at their dinner parties. But I certainly don’t expect it in a nice country inn in 2018, especially when there's so much decent proper cooking in Northumbrian pubs these days. 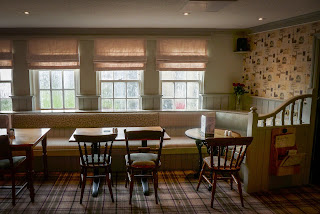 The Craster Arms is a fine enough old stone building. The interior, with its fabric banquettes, plaid carpets and muted tones of paint seems to have been set out to offend nobody, a bit like the menu. They were doing a roaring trade, so what do I know? I’ll be hoping, to put it mildly, for a good deal better than this when next we head up the A1 to their other two Beadnell-based businesses later in the year. 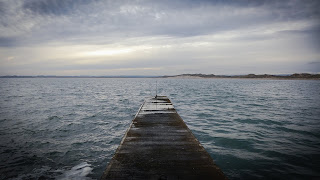