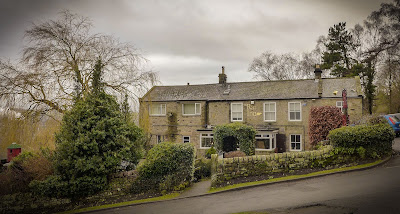 
There are plenty of reasons to re-review a restaurant: a change of chef, breathless praise from a normally reputable source, or just the depressing passage of rather too much time. Any one of these would probably justify a return visit, but when all three are present and correct, it’s time to make a booking. As was the case with The Rat Inn.


Situated up a steep hill overlooking Hexham in the tiny village of Anick, it’s a seriously attractive pub. I’ve been several times since awarding 4 shiny stars all the way back in 2013 (actually, Mrs Diner did the awarding – though I went back to check, and absolutely concurred).

I have always found the Sunday lunches to be reliable and the quality of the cooking good in a homely sort of way. However, I hadn’t visited since Kevin MacLean joined Phil Mason in the kitchen. Kevin previously worked as head chef for Michael Smith at then-Michelin starred The Three Chimneys on Skye. More recently he won something called the Parliamentary Pub Chef of the Year competition. Impressive stuff.

The Rat Inn’s continued lofty presence in the annual “Top 50 Gastropubs” list added to the anticipation. It’s rated alongside such stellar company as The Sportsman in Kent, Heston Blumenthal’s Hind’s Head and the North East’s own Broad Chare and Staith House. And I’d be lying if I said I didn’t raise an eyebrow at the gushing tributes lavished on the pub last year by Chris Pople, one of London’s more capable food bloggers and someone whose views I generally respect. He found the Rat’s cuisine “genuinely exciting”, though he did confess to giving them advance warning of his arrival, and so enjoyed drinks and oysters on the house.

Whew! With all that going on it seemed a forgone conclusion that my friend and I would turn up, eat brilliantly and wave through an extra star, welcoming The Rat Inn to my own very short list of North East 5-star gastropubs: The Feathers Inn near Stocksfield, Durham’s Garden House Inn, The Bay Horse in Hurworth and The Crathorne Arms in North Yorkshire.

Except that this is where the story gets a little choppy, because neither the menu nor the food blew us away. I’ve got plenty of very nice things to say, but also a few inconvenient niggles. How annoying when reality gets in the way of nice clear narrative. 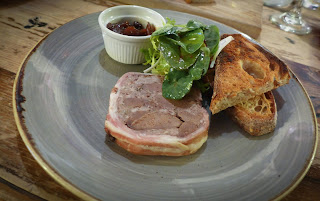 Let’s do some of the really good bits first, most of which, unusually, ended up in front of me rather than my companion. The terrine of the day was pigeon and jolly nice it was too, the lean, mildly gamey breast meat moistened by a forcemeat mixture that was properly seasoned, the whole business being wrapped in rashers of bacon, served with a decent chutney and a wodge of good sturdy toast. Classic country cooking, done well. 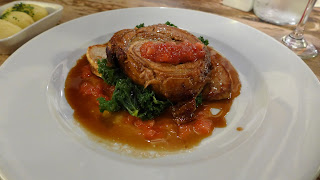 My main of pork belly (or, “belly pork” on their menu -- you know, as in “burger beef” and “breast mutton”) was a healthy slice through a rolled lump of an animal that tasted like it may have lived well, yielding fat and dense, dark meat. It came with slices of roasted celeriac, which were strangely lacking in flavour, and a rhubarb sauce which most definitely was not. Perhaps just a splash more of something acidic would have prevented the combination becoming a little cloyingly sweet. 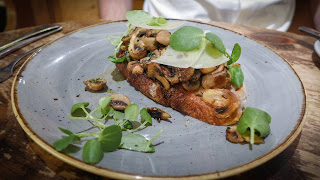 On the other side of the table things were less successful. A starter of garlic mushrooms on toast was a merely workmanlike rendition of a classic dish. There wasn’t enough of a sauce to soak into the inch-thick slice of toast, which rendered the whole thing a bit dry, and the few meagre strips of pecorino on top felt ungenerous and insufficient to compensate for a lack of seasoning. 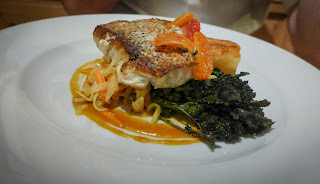 A fillet of hake with nicely burnished skin certainly looked the part, but had been overcooked to the point of wooliness. A fondant potato was also a bit dried out and we both found the addition of blood orange segments, and what I think was an orange-based sauce, just a bit of a weird, marmaladey combo. Seasonal? Sure. Successful? Not so much.

All around us was the chatter of comfortably well-off baby boomers, a large number of whom were ordering the rib of beef. I have to point out a shocking violation of standards of decency that occurred at the table next to ours, where a jarringly noisy Skype call was being conducted with enthusiasm. Its participants were, at a guess, in their 50s and 60s. What’s happening to the world?

Based on this experience, The Rat’s core clientele appeared to be fairly conservative, with both small and large Cs. Perhaps the menu, which isn’t exactly a hot-bed of culinary radicalism, reflects this. Fair enough, you have to know your market, and the pub’s formidable landlady, Karen Errington, clearly knows hers. 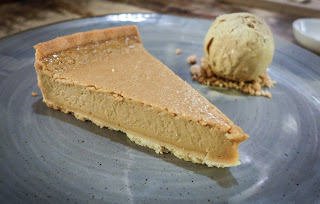 But simple things can still be excellent, which my brown sugar tart wasn’t quite. The filling was creamy, nicely set and full of bittersweet notes, but the pastry was pale and flaccid rather than short and crisp. These are the kind of details that matter to me.

By contrast, a board of well-kept cheeses, provided by Neal’s Yard, was spot on: Mrs Kirkhams’s Lancashire is an old friend that I can never resist. Service was perfectly professional, if just a teensy bit, for a country pub, lacking in warmth.

There are a number of good ales, mostly located at the traditional end of the current beer spectrum, as well as a short but well-chosen wine list from which I really enjoyed a zippy white Rioja. 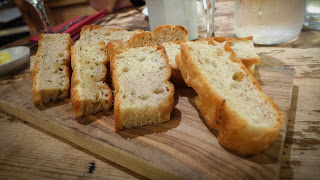 The Rat Inn is very good at what it does, and the Tyne Valley is right to be proud of it. It easily merits my “Highly Recommended” sticker. However it remains, for me, something of an enigma. Plenty of people rave ecstatically about it, but every time I go I find little mis-steps here and there which prevent me being one of them.

Make no mistake, it has charm to burn, with a garden that is gorgeous when the weather turns, and a collection of bed-pans hanging in the bar that is second to none. The presentation of the dishes has been neatened up since I last ate here, which can perhaps be attributed to the arrival of Mr MacLean. However, I detected no up-tick in flavour, seasoning or other elements of execution. This remains a very good choice of venue, but in my view it’s not yet a great one.