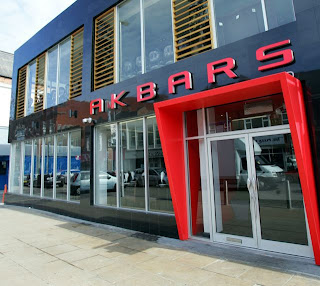 
If Bradford is the home of good curries in the UK, Akbar’s is its front room.

Founded in 1988 as a tiny 28-seater gaff, it has grown into a poppadum empire, with branches in Leeds, Manchester, York, Birmingham, Sheffield and now Middlesbrough and Newcastle. It’s a phenomenon, still run by its founder Shabir Hussain, and it’s also very good.

In the North East region, the chain’s latest branch in City Quadrant, a modern building off St James’ Boulevard and Westmorland Road, is very stylish. The one in Middlesbrough is less so, but still bright and modern. Both offer similar menus.

Be careful what you order. Despite what it says on the menu, the real specialities are balti and more traditional plates: on the menu they call time-honoured Pakistani cooking “Desi-Apna” style. In Newcastle we had a fantastic lamb palak, and the chicken tikka & keema balti. Both were spicy and authentic, and, most important, everything tasted freshly cooked. I also tried the karahi gosht (lamb on the bone) in Middlesbrough, and it was just as good.

We had spicy palak (spinach) and paneer (cheese), bhindi cooked with tomatoes, tarka dhal, and aloo gobi (potato and cauliflower, augmented with green peas). The nan breads are huge here: they come on special stands and can be shared by the whole table. Don’t order two unless you’ve arrived with a busload.

We started with the most delicious lamb chops, and a very good king prawn tikka. But a couple of the other dishes we tried were comparatively disappointing, possibly because the menu is so large that the kitchen can lose focus. These were the “Old School Favourites” of chicken dansak and rogan josh. Neither were as intense as they should have been.

These drawbacks aside, I recommend both branches for a reliable, authentic curry experience. Service at both is friendly and attentive.