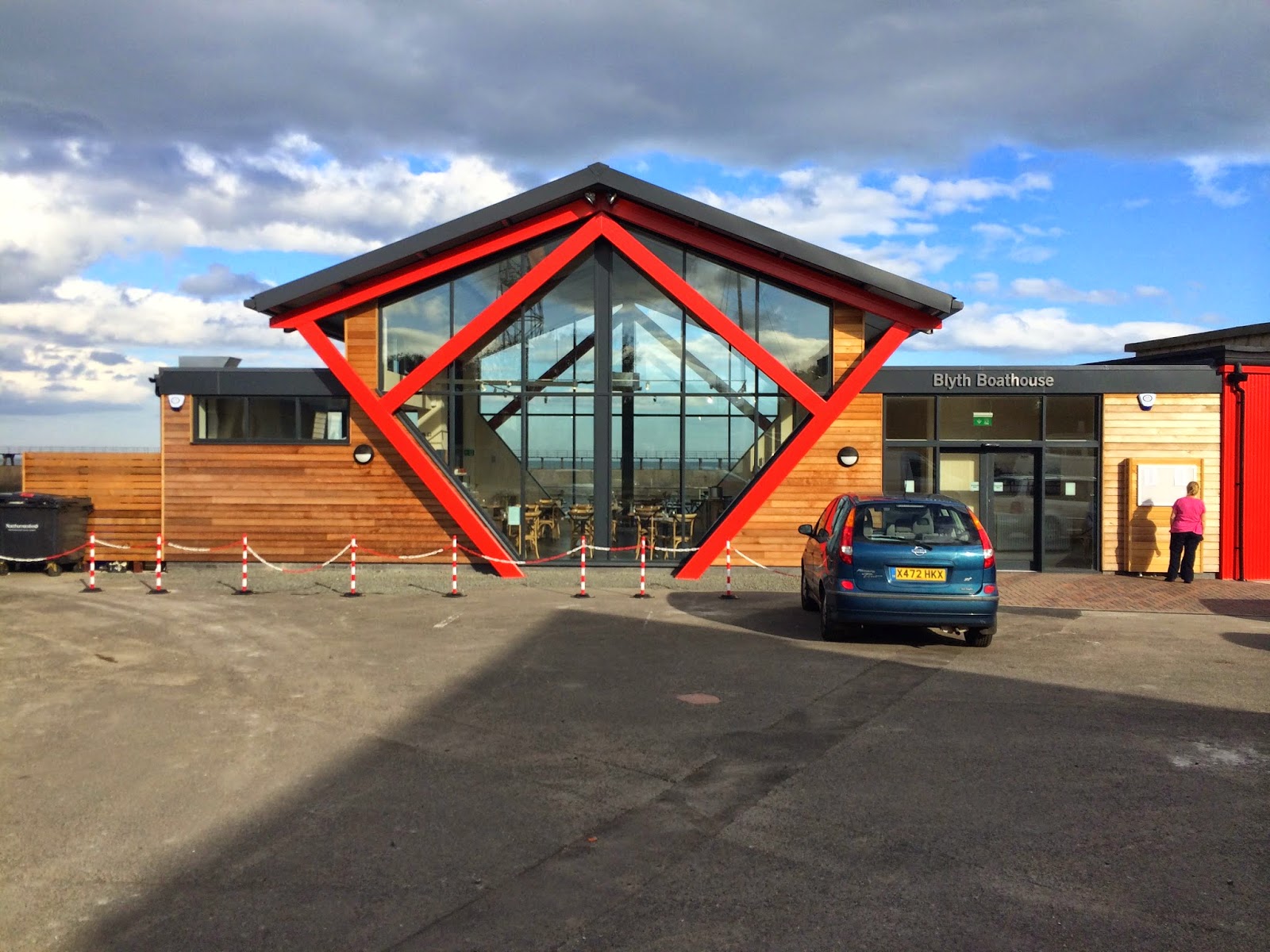 Last week I received a plaintive tweet from someone called Lee Gibling, asking simply, “Nothing listed in Blyth?”

This website may be the North East’s most comprehensive guide to eating out, but the town of Blyth hasn’t yet appeared on its culinary map. That’s because, up to now, I haven’t received a single recommendation for one of its eateries.

Two weeks ago Blyth Boathouse opened its doors to the public. Of course I waited the obligatory seven days to let it iron out any teething problems and get some feet under its brand new tables, and I also chose a quiet lunchtime, to give the kitchen a fighting chance. Perhaps I should have waited a bit longer.


I was expecting great things, for this is the younger sister of The Old Boat House in Amble, which I’ve described as “a silver-scaled gem”, and claimed “anyone who loves fish should make it their special place”. I hoped the owners would be exporting some of its 4-star quality to Blyth. 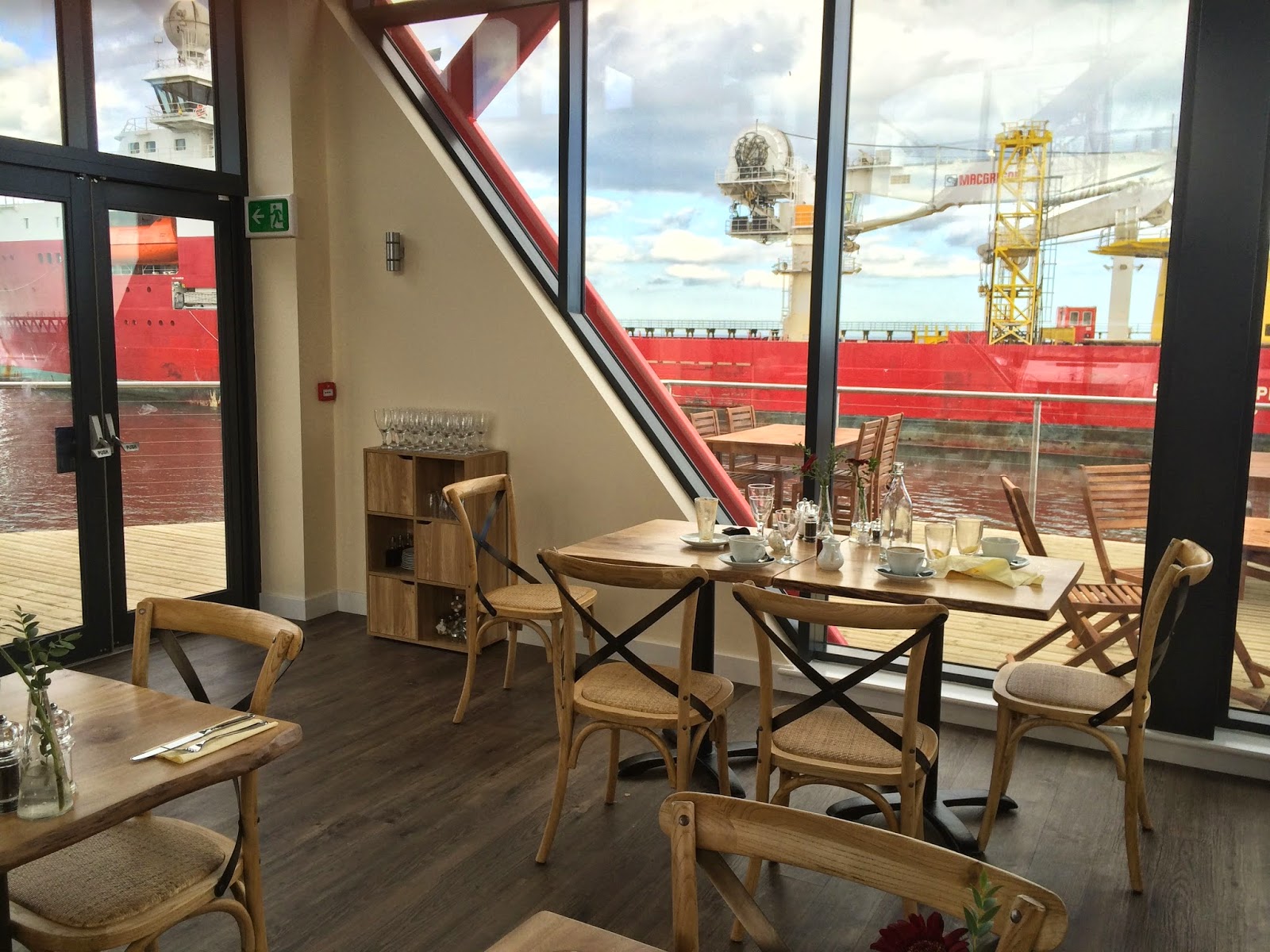 Unlike the Amble establishment, with its marine artwork and old boathouse charm, this is no refurbishment of an old building, but a spanking new construction, right next to the Marine Station on Quay Road. 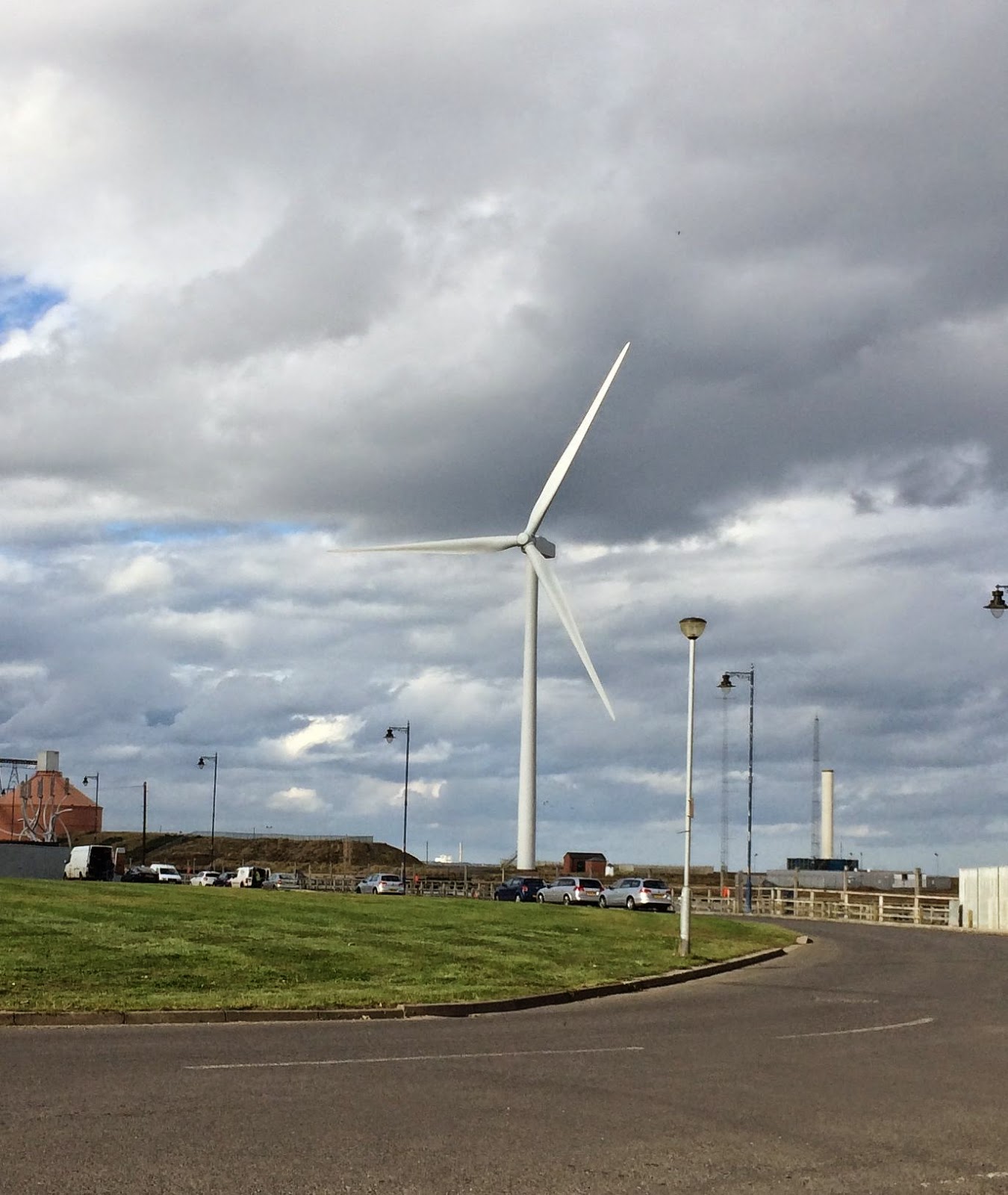 It does have a splendid view towards the harbour wall, with a terrace from which you can watch boats glide past, or gaze at the biggest wind turbine on British soil (or, more precisely, Blyth concrete). It’s three times the height of Grey’s Monument in Newcastle and six times bigger than the Angel of the North. If you’re into wind-turbine-spotting, this place is a must.

Sadly, at the moment, that’s the only impressive feature of this new restaurant, for its design appears to have been inspired by a works canteen. 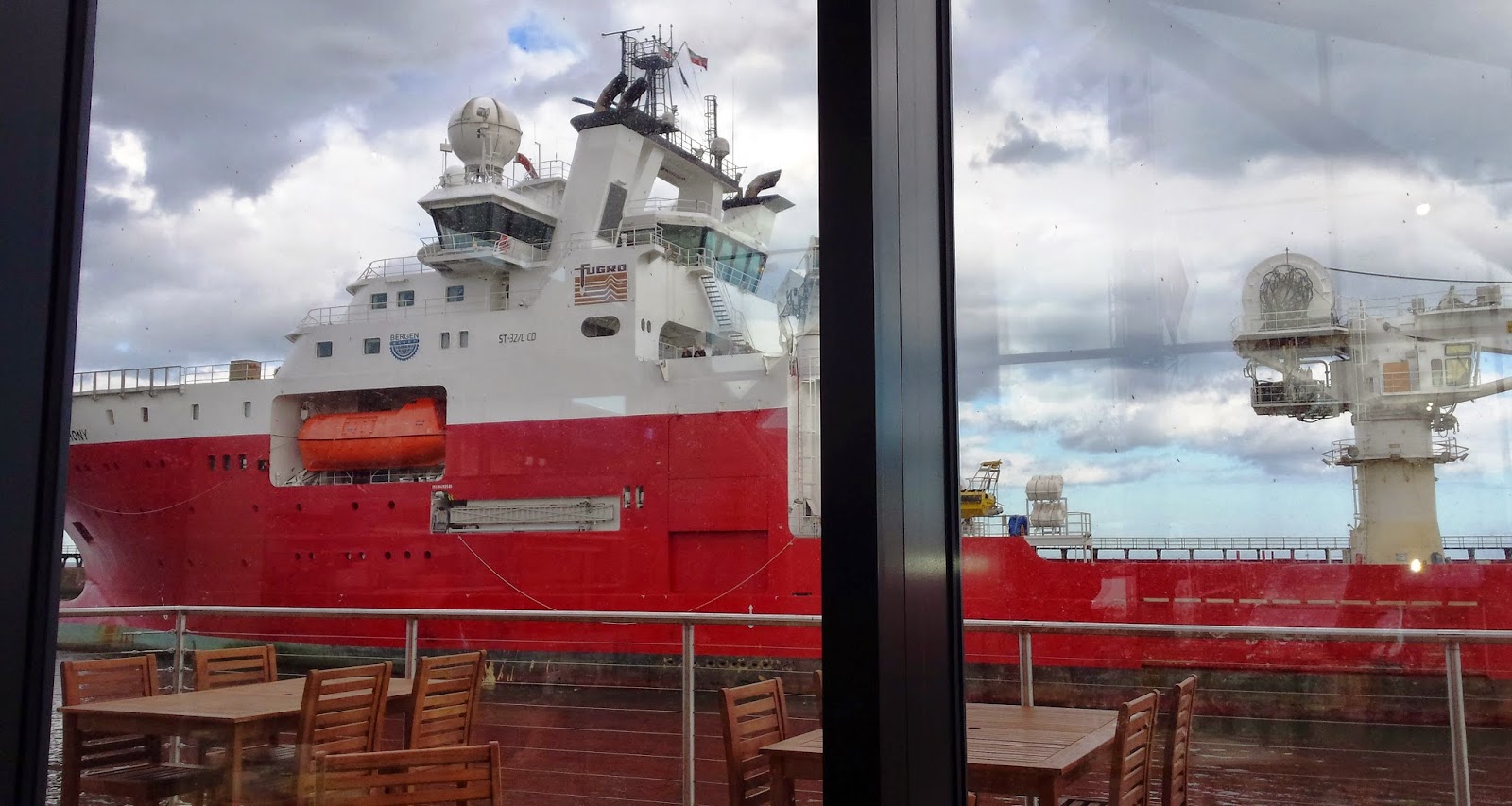 There’s a stainless steel pass that separates chefs from eaters, but the atmosphere is bland and utilitarian. There’s only so much harbour wall you can gaze at after a while, though when one huge ship passed by the window during our meal, we almost leapt from the table in surprise.

The place was virtually empty, which didn’t add to the mood, but it still seemed too much for our waitress. The only front of house person on duty, she was absolutely charming, but apparently devoid of training. She didn’t offer to take a drinks order, and I had to practically beg her to even bring us a wine list. Someone should tell her that restaurants make money out of wine. Especially when the Secret Diner is ordering.

The menu is largely fishy, which is as it should be, with starters of mussels, crab cakes and smoked haddock chowder, and mains ranging from lobster to fish and chips. There are steaks and lamb for the carnivores. 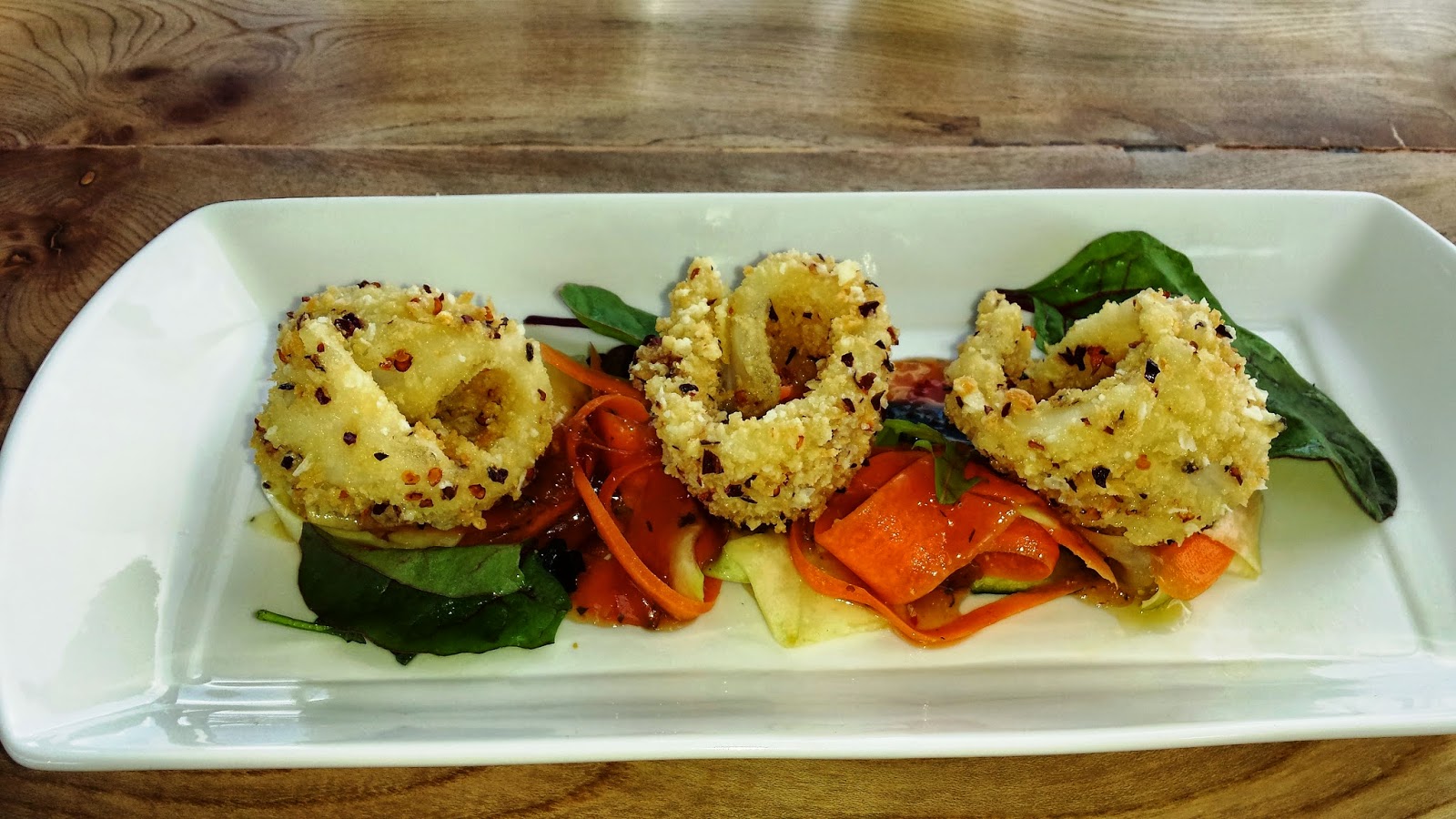 Mrs Diner chose salt and chilli squid, which were tender tempura-battered curls, liberally salt-and-peppered, with a fiery chilli jam. These were simple and delicious. 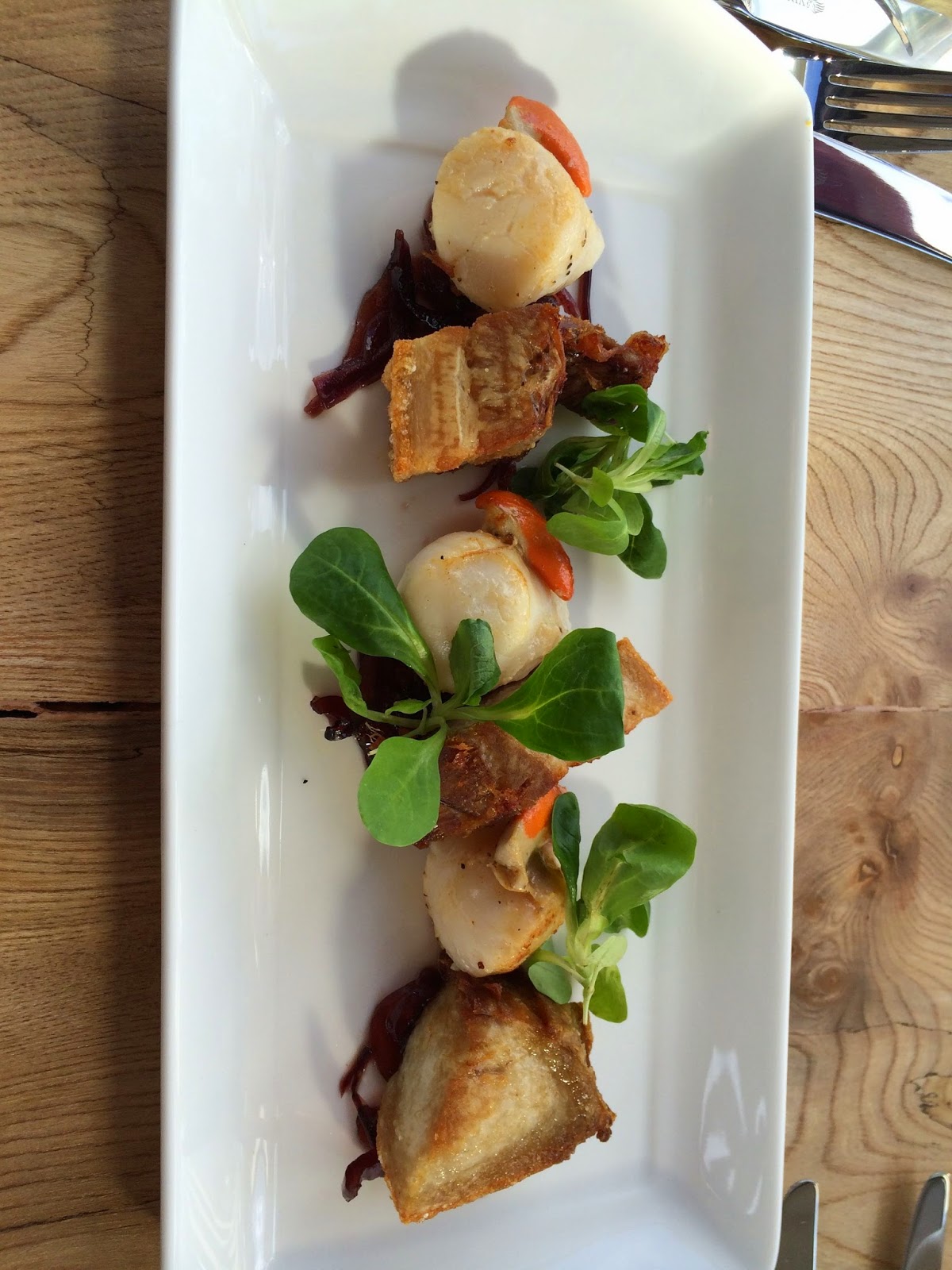 Meanwhile I had scallops with twice-cooked belly pork and beetroot chutney. The scallops, with corals attached, were lightly seared and fresh but the pork, though tender with a crisp exterior, lacked any hint of spice.

For our main course, the menu presented a dilemma: it offered “seafood fish fingers with rustic chips”. 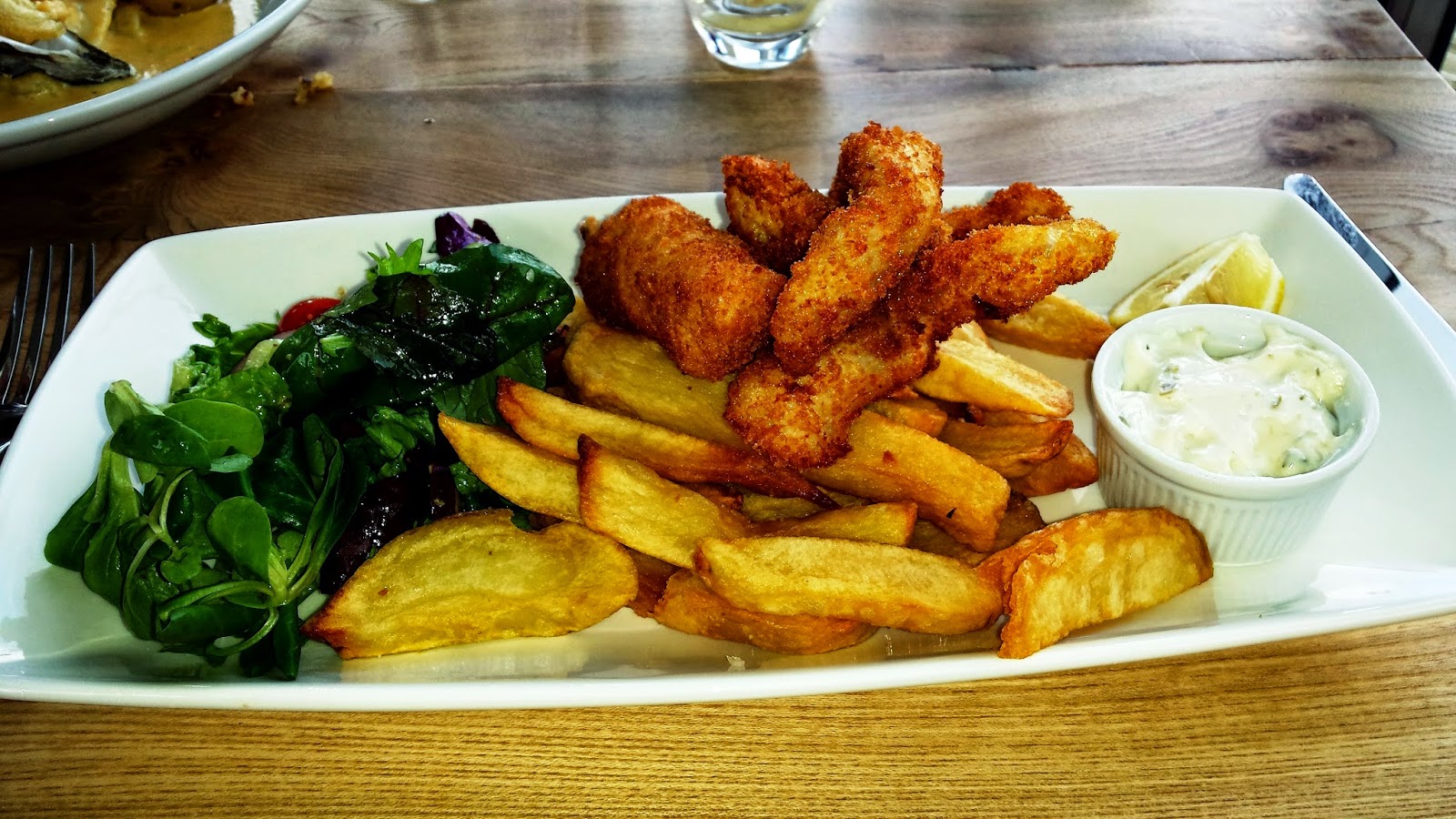 The reality was more prosaic. The waitress had to ask the kitchen what it meant, who told her that some days they had haddock and some days cod, so they put “seafood” down to avoid having to change the menu. Mrs Diner ordered them anyway, but they were very dull, without seasoning or sophistication, and clearly designed for Junior Diners, rather than their mother.

'Such a shame that a cod gave its life to be turned into this insipid dish,' she said wistfully, sprinkling on some salt as she looked out to sea. 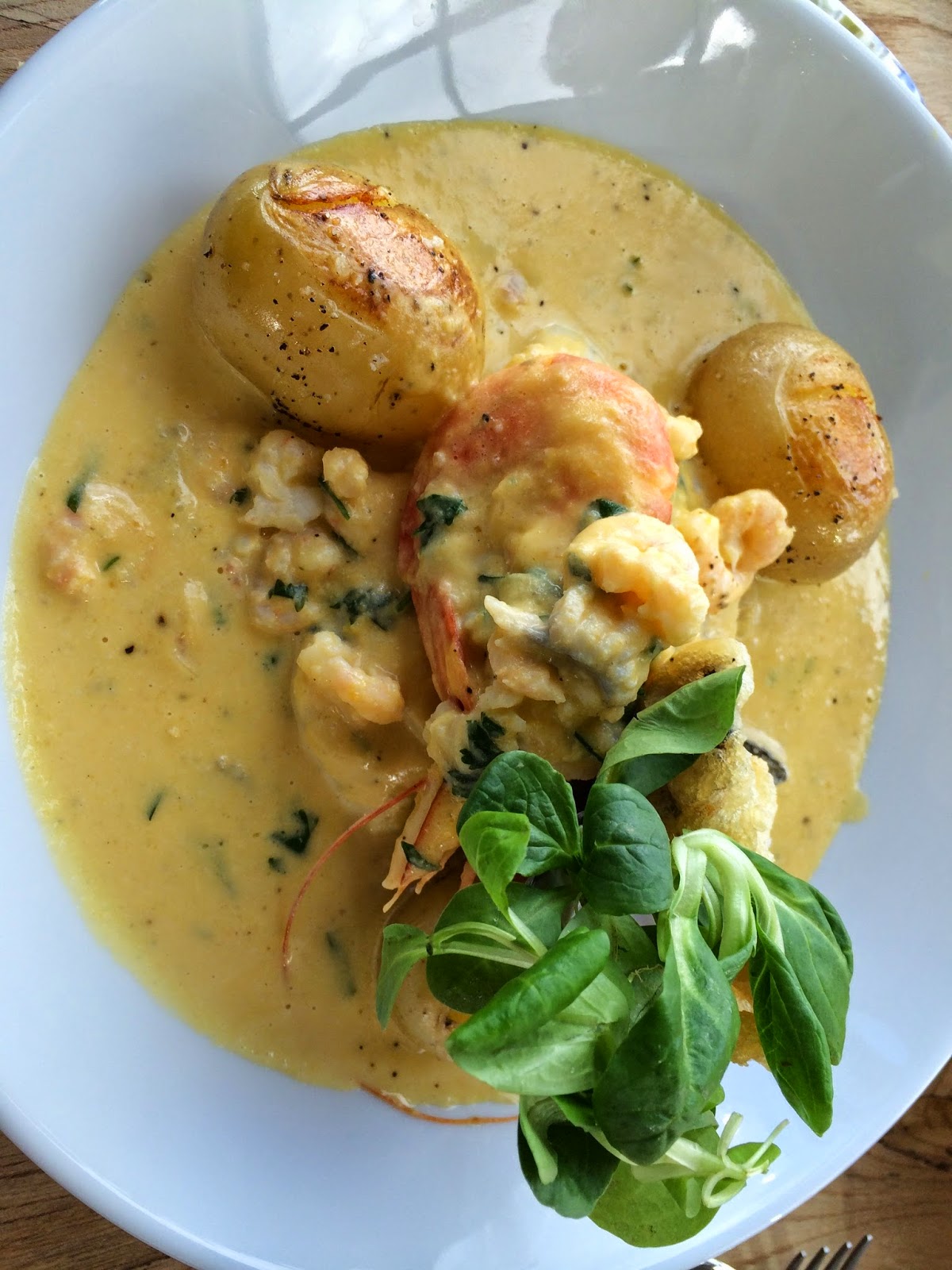 Much the same could be said of my turbot. It was still watery from poaching, and completely drowned under a soup of oversweet butternut squash into which had been scattered some prawns. A battered oyster lay on top of this mush, surrounded by two battery potatoes.

The dish was, in every sense, sloppy. 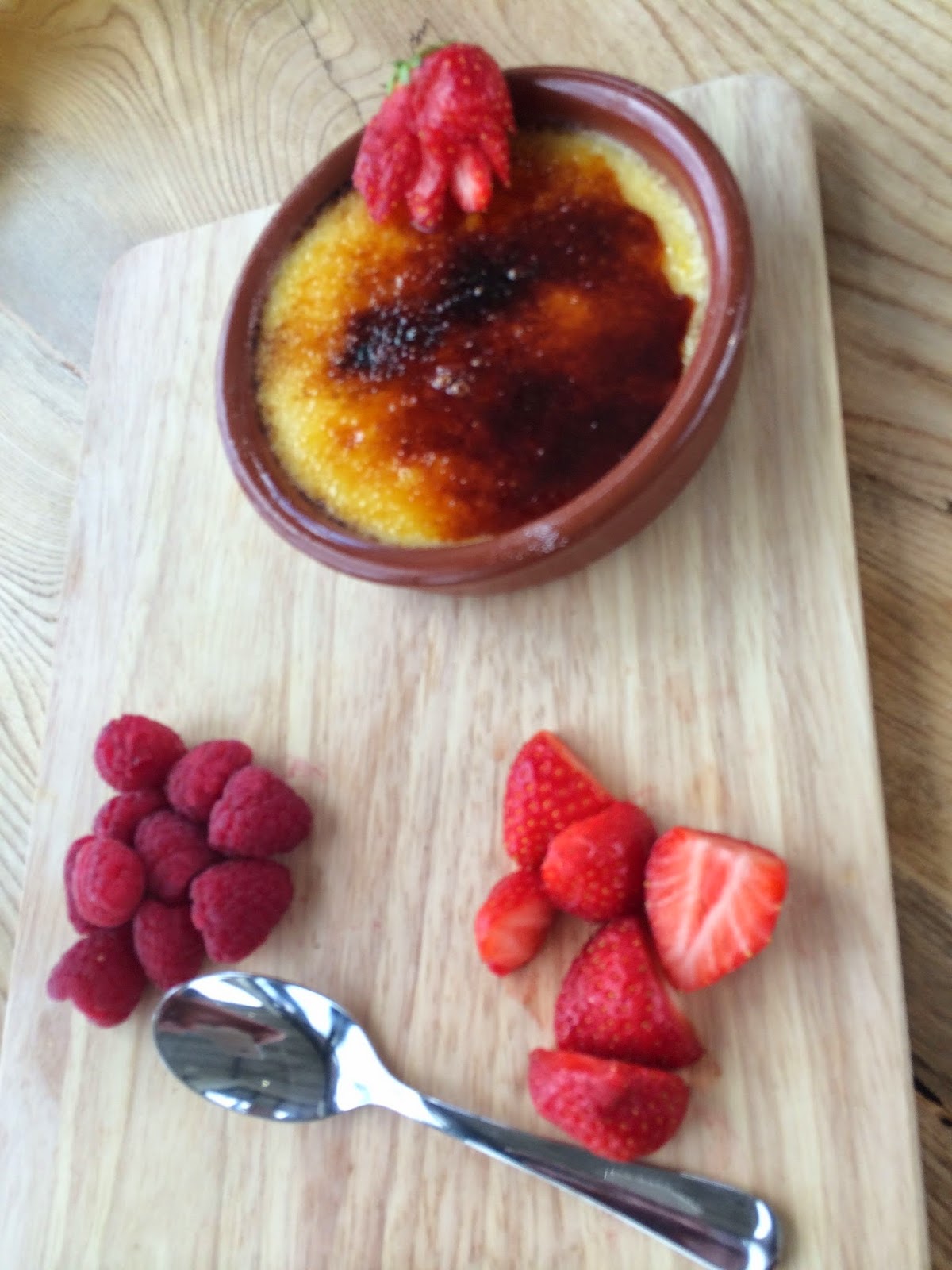 Our mains were marginally redeemed by a classic and competent crème brûlée. The bill, including a glass of house white wine and coffee, came to around £50.

I really hope this restaurant starts to work soon, partly because the Amble branch is so very good, but mostly because the people of Blyth really deserve somewhere decent to dine.