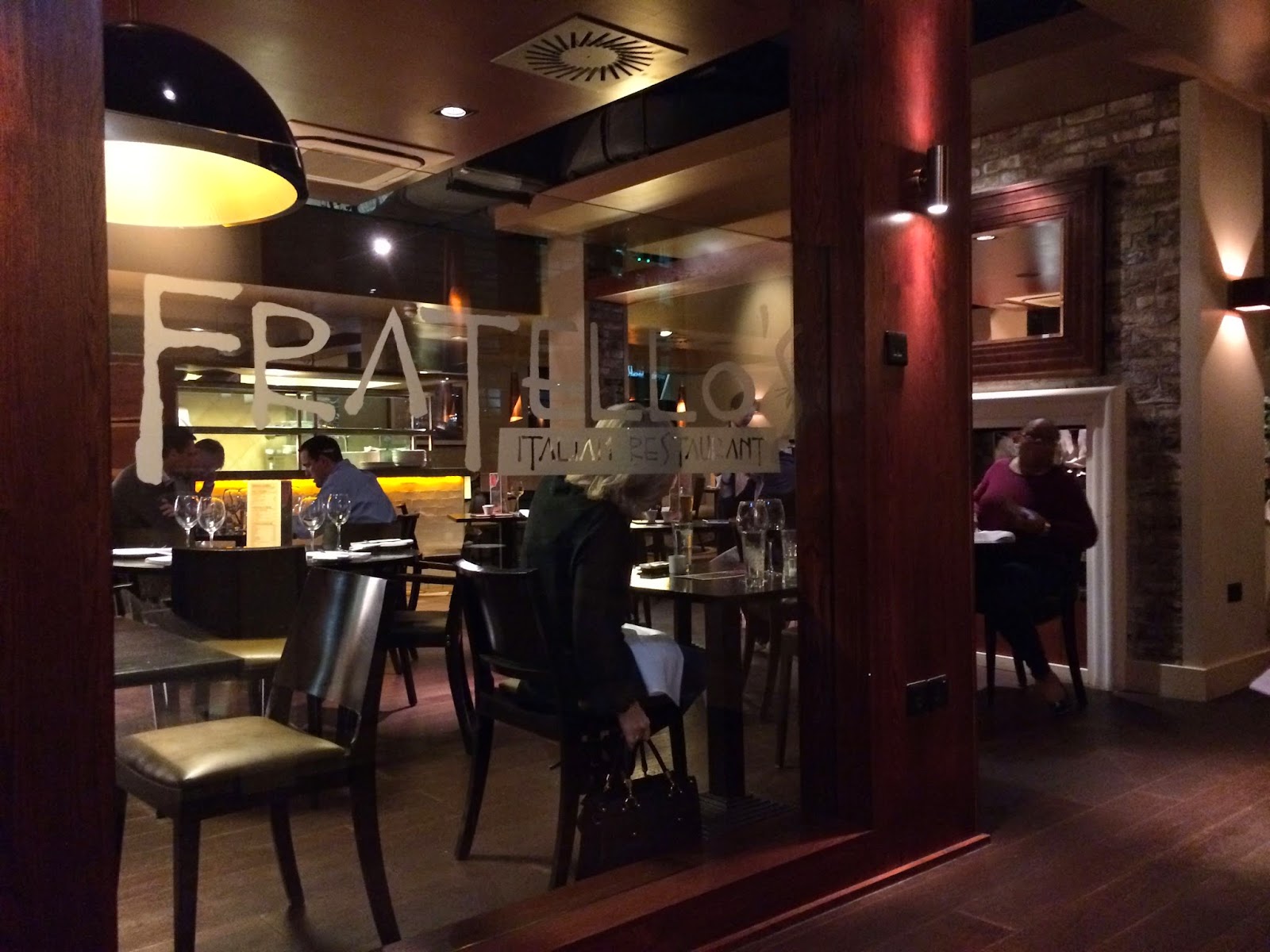 What a difference one letter can make.


Fratello, which means ‘brother’, is a group of three Italian restaurants housed within hotels managed by Newcastle-based Cairn Group. Fratelli, which means ‘brothers’, is also one of three restaurants, but in this case the brothers are from Sardinia: Fabrizio Saba and his brother-in-law Paul Bernardelli, who have been running Sabatini, Prima and Fratelli for many years.

If I were Signori Saba and Bernardelli, I’d have been pretty upset when Fratello’s opened at the airport, right on Fratelli’s doorstep. After all, they’d already successfully built up their popular Ponteland Italian and the locals seem to love it. Fratelli won Best Family Restaurant in the Secret Diner Restaurant Awards last year – they have a table magician at Sunday lunch.

To have another Italian brother infiltrate their catchment area ought to have kickstarted a new Godfather movie. But aside from the name, they’re as different as chalk and cheese, or, in this case, cheap catering mozzarella and spicy soft Pecorino. One calls itself an Italian restaurant; the other actually is one.

First, to Fratello, which is housed within the Doubletree Hilton. It’s modern, clean and full of promise, with a welcoming maître d’ and a room full of hotel guests. They are served breakfast there in the morning – I sampled it once, a dull buffet with dry croissants and appalling coffee. Never again. 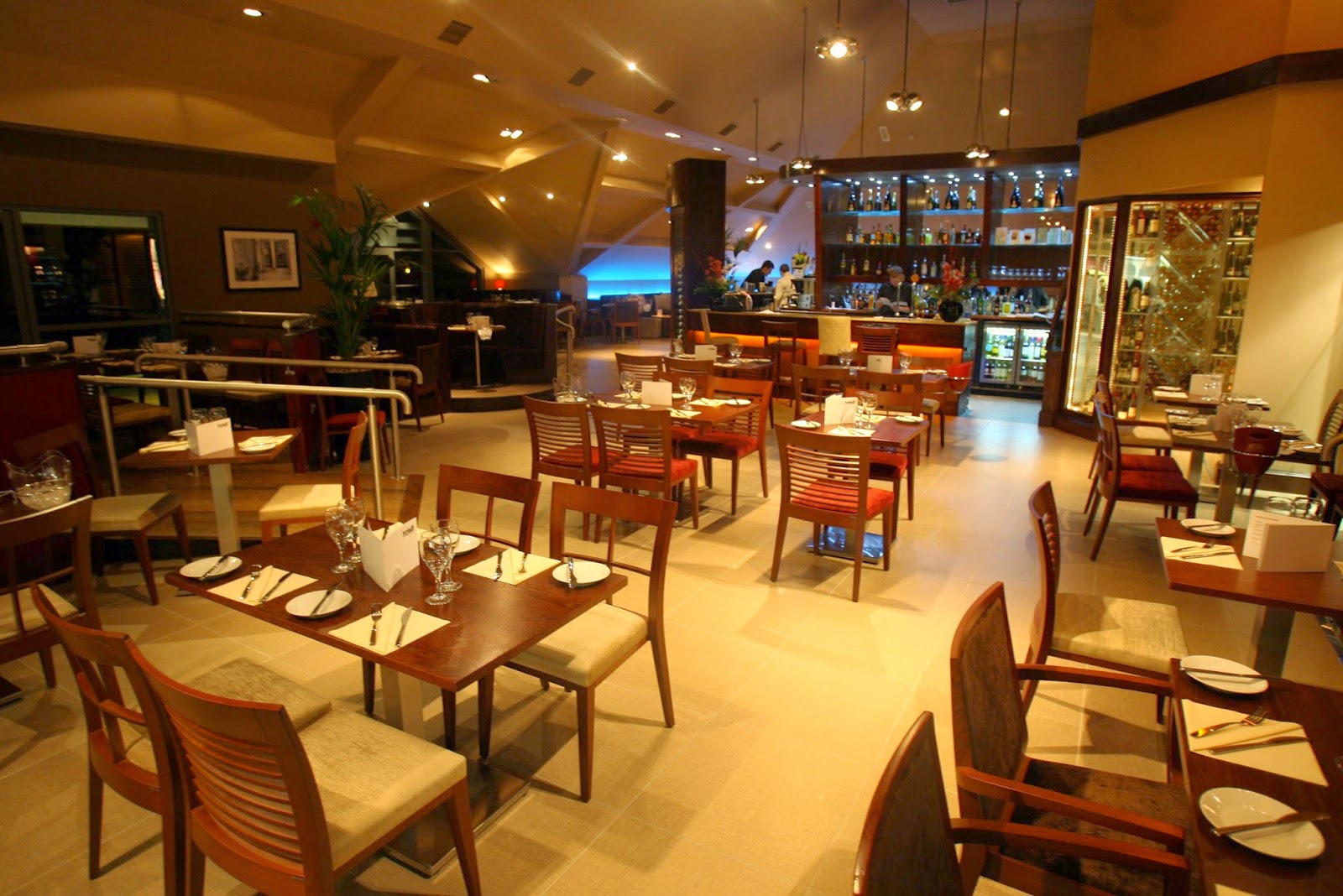 Fratelli, sitting above Sainsbury and similarly modern and bright, serves excellent coffee with free homemade cakes and biscuits from 9am, and they also give you a free copy of The Journal to read. Both places have open kitchens, busy chefs, a pizza oven, and nice, friendly staff. There the similarity ends.

We started with dinner at Fratello, which describes itself as “freshly prepared authentic Italian cuisine with a modern twist.” Mrs Diner and I ordered simply, starting with garlic wild mushrooms on ciabatta (from a specials menu - £6.95) and king prawns “in a crisp tempura batter” (£9.95). 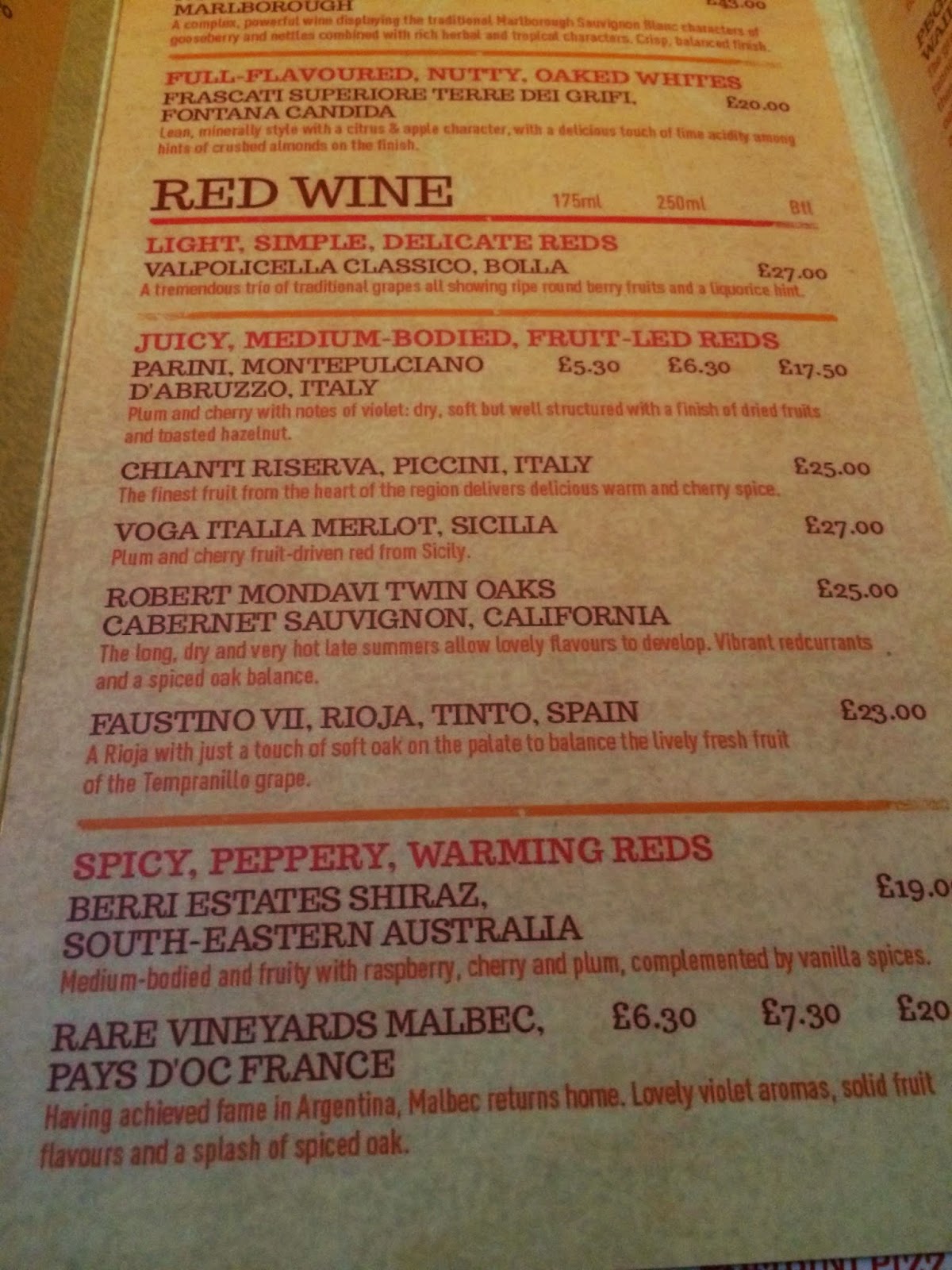 Our waiter brought the wine list, then disappeared for 20 minutes until the manager retrieved him for us. This list is extraordinarily mean for an Italian restaurant: only one Italian house red, a Montepulciano at £5.30 for a small glass. The manager didn’t recommend it.

He said we should have a bottle of Malbec – French, from Pay d’Oc. It was fine, but not exactly right for the meal.


By contrast, Fratelli has one of the most exciting Italian wine cellars in Newcastle – they have a collection of off-list specials from Sardinia and Puglia in a secret wine cabinet, and six reds by the glass, including a very acceptable Cannonau at just £3.95. 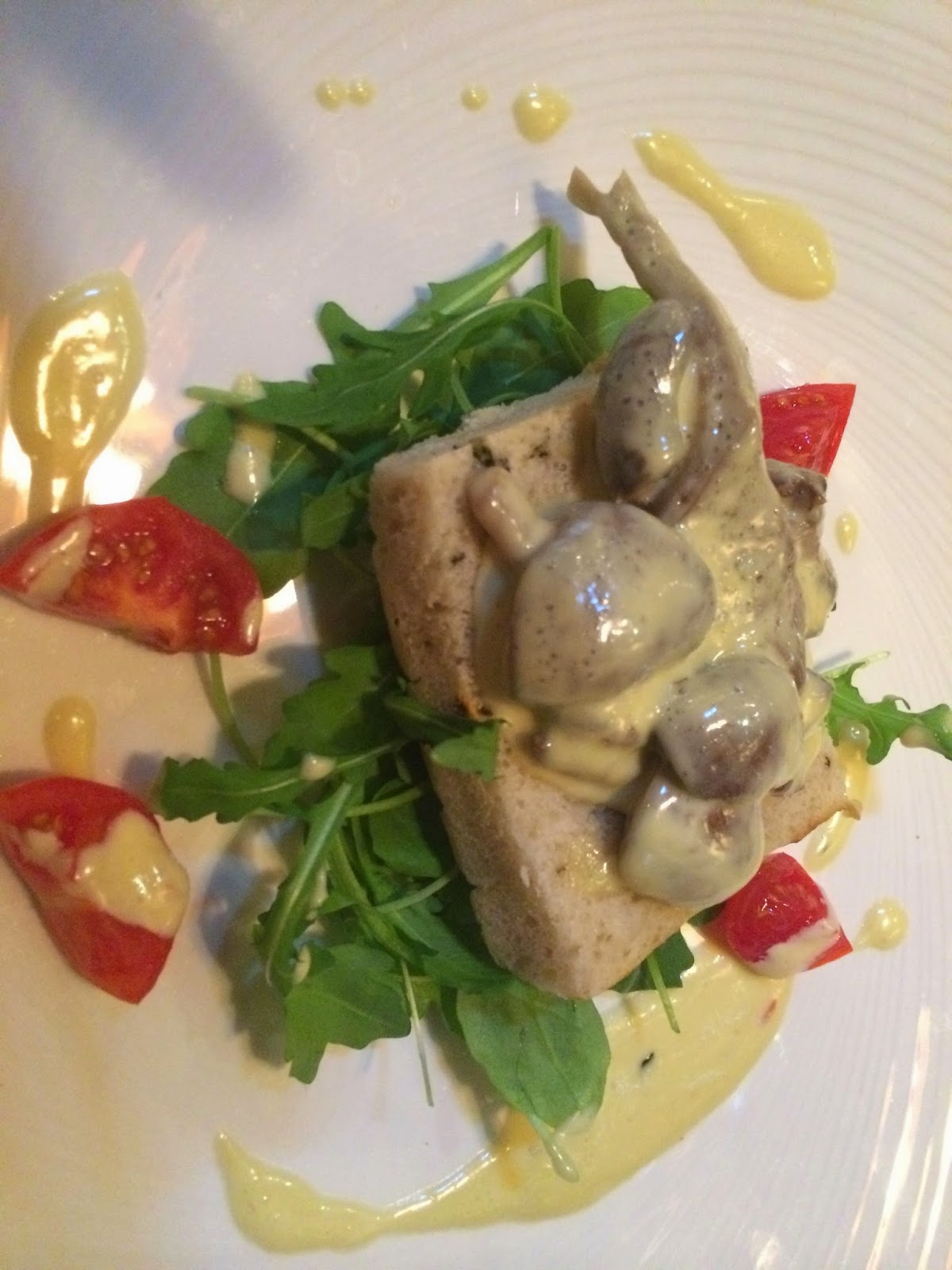 Fratello’s wild mushrooms arrived alla crema, lacking any kick of garlic on a tiny slice of almost-toasted ciabatta and some undressed rocket. 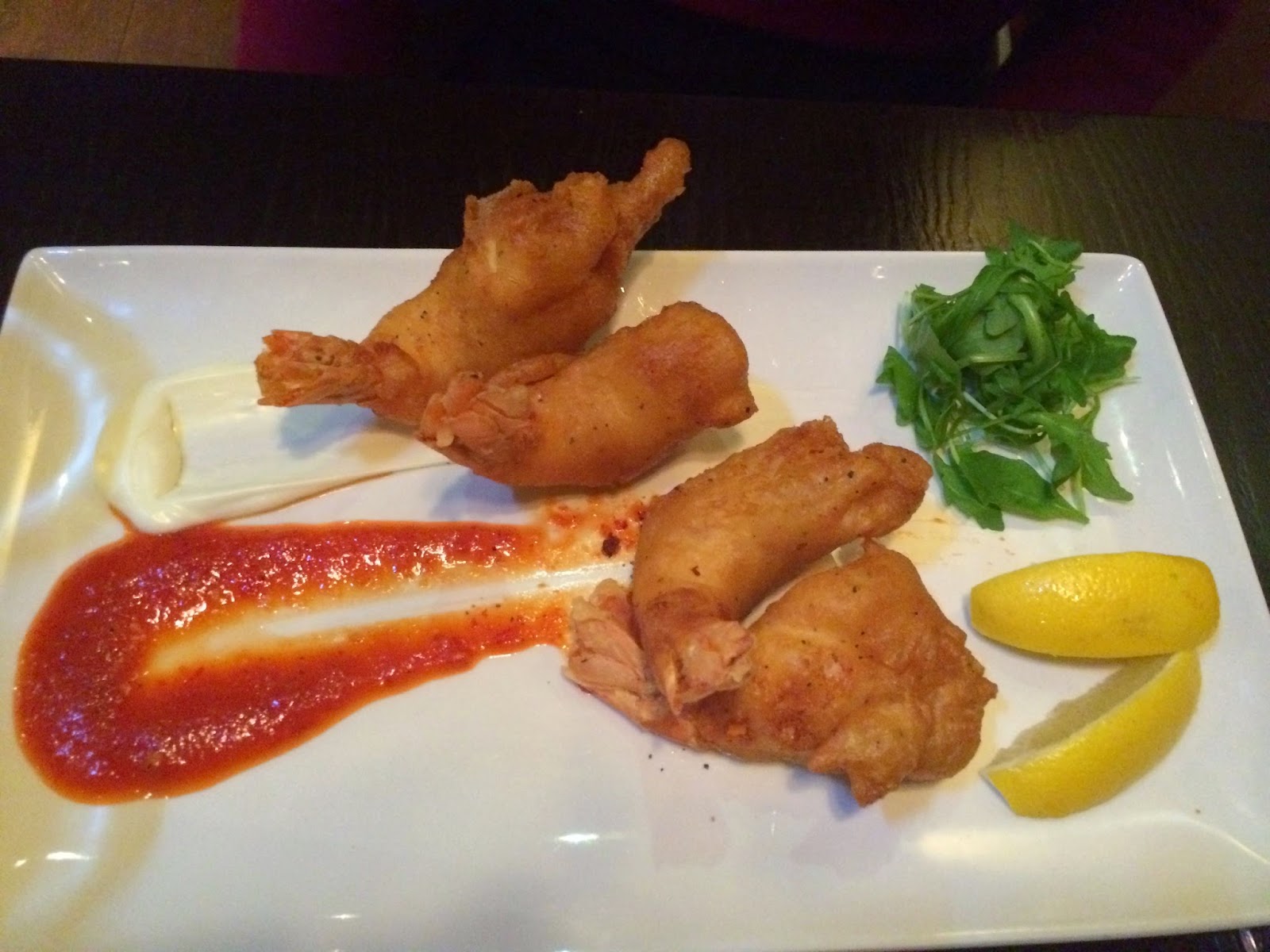 Not half as disappointing as the prawns, though: the promised crisp tempura turned out to be the sort of heavy, chewy, artery-clogging batter they wrap cod in at fish and chip shops. Perhaps this was what they meant by a “modern twist”. An anaemic pizza passed by us enroute to another table – we weren’t envious. 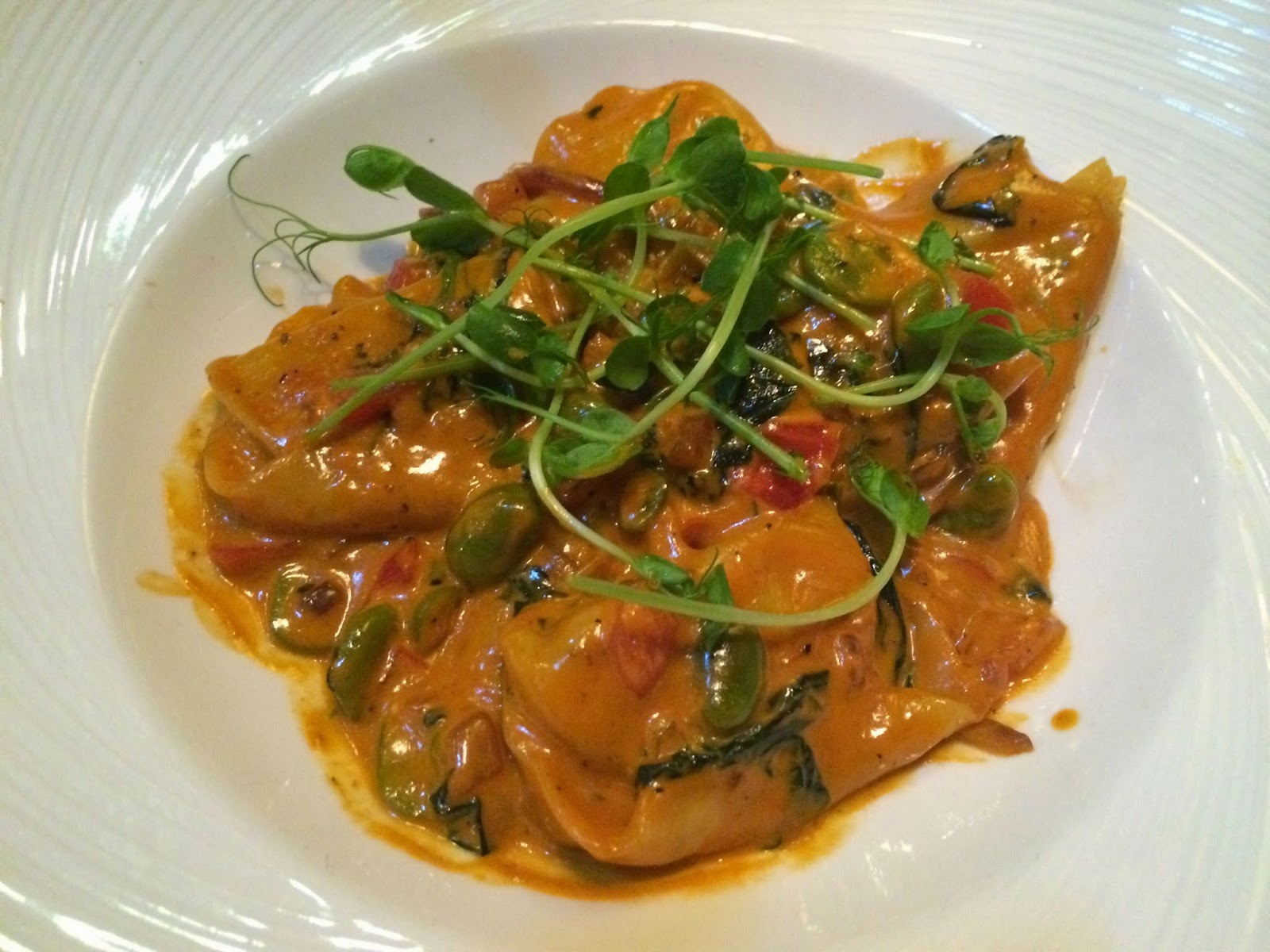 We then shared a middle course from the main menu: lobster ravioli with shellfish bisque. Its pasta was far too thick for ravioli, much too floury for any claim to Italian authenticity. On top of this mess was dumped a gloopy, cloying seafood bisque to which had been added some broad beans and strands of spinach. 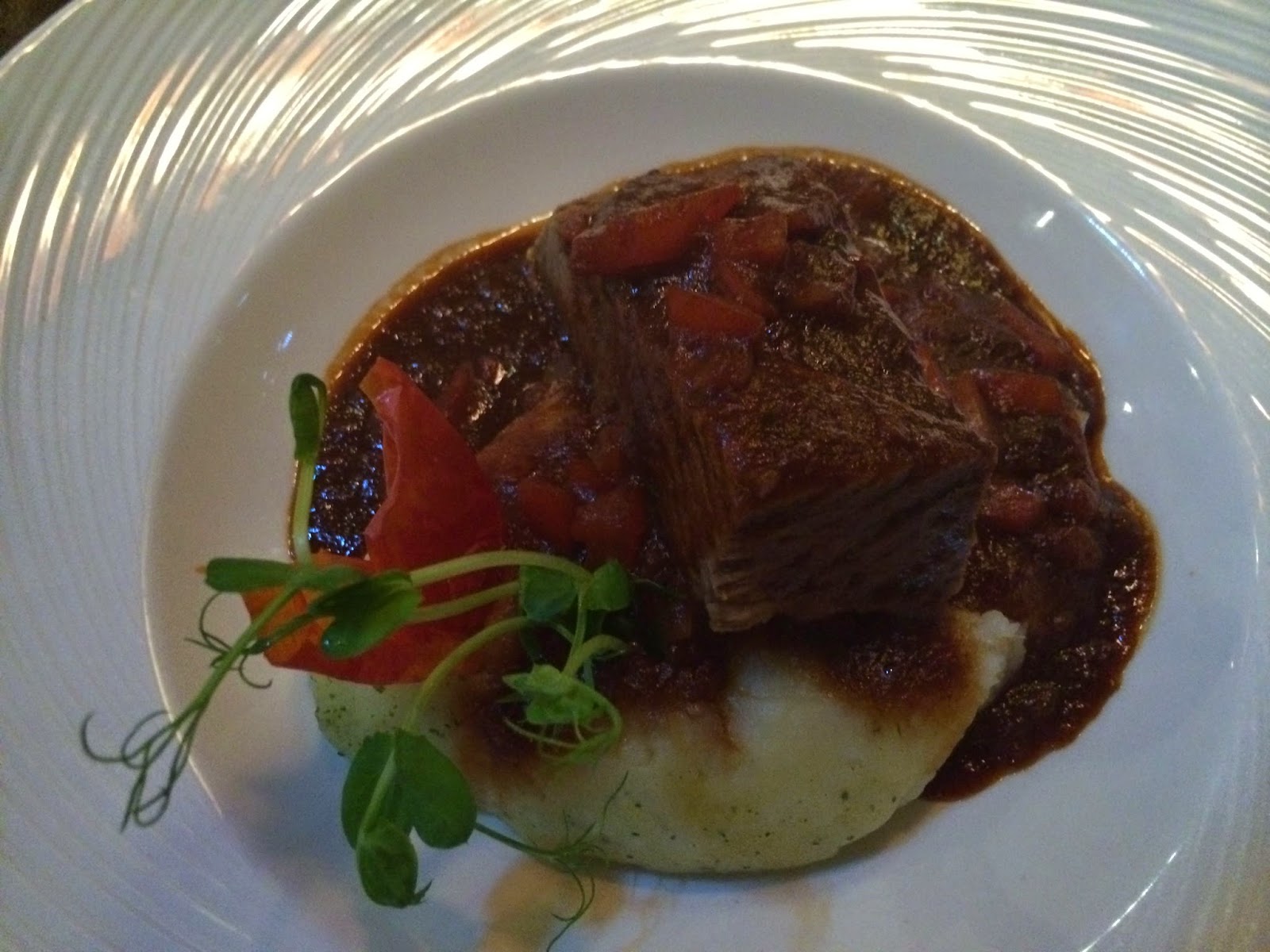 This was poor, but my main course was worse. Braised brisket of beef (£15.95), strongly recommended by our waiter, was so tough and lacking in flavour I had to leave it, and instead helped Mrs Diner to finish her sea bass special. 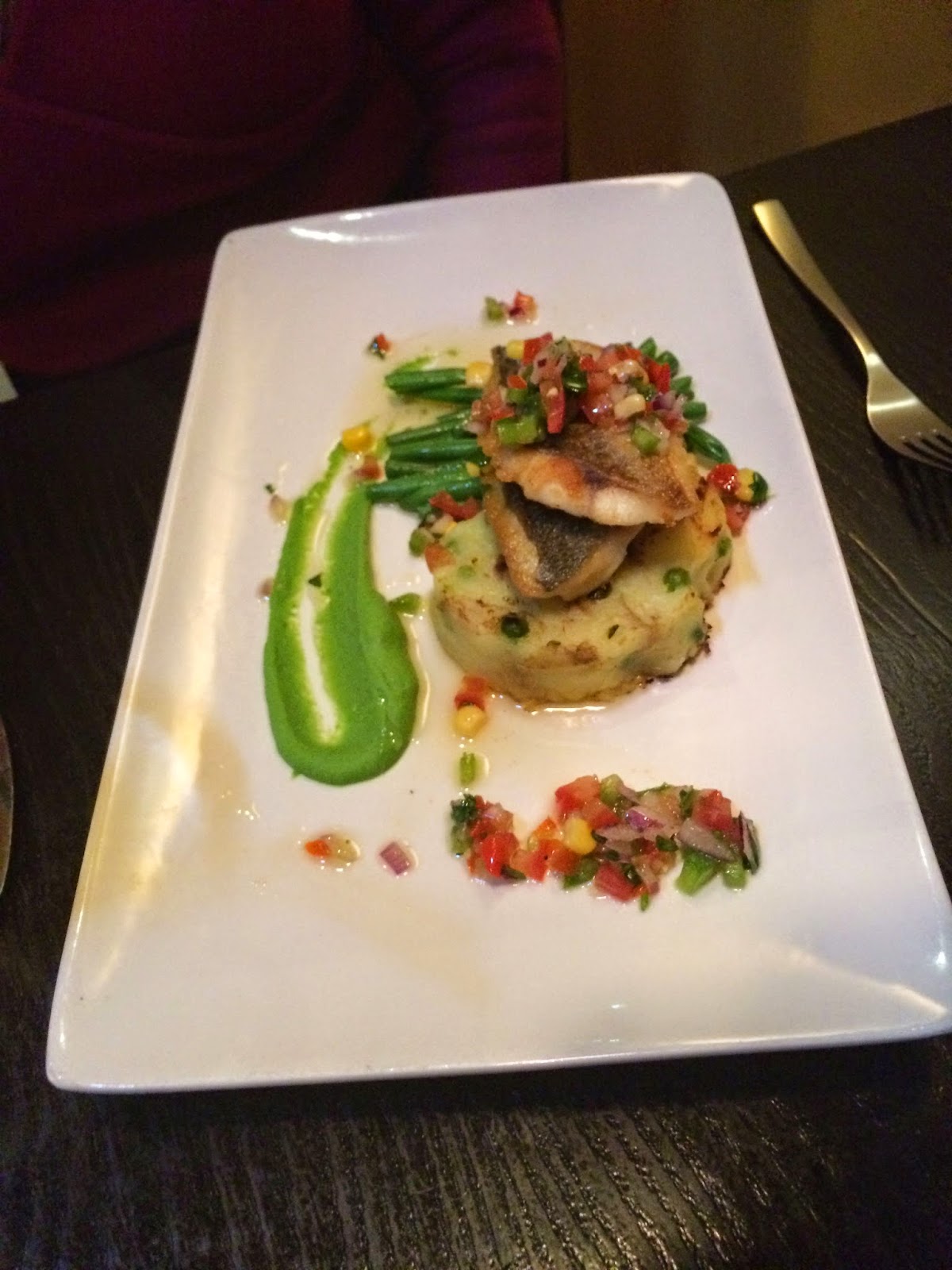 The fish was fresh with a corn and tomato salsa, but sat on a potato “cake” that reminded me of Irish champ, containing frozen peas. The menu said “our chefs aim to push the boundaries”. They were certainly pushing my patience. 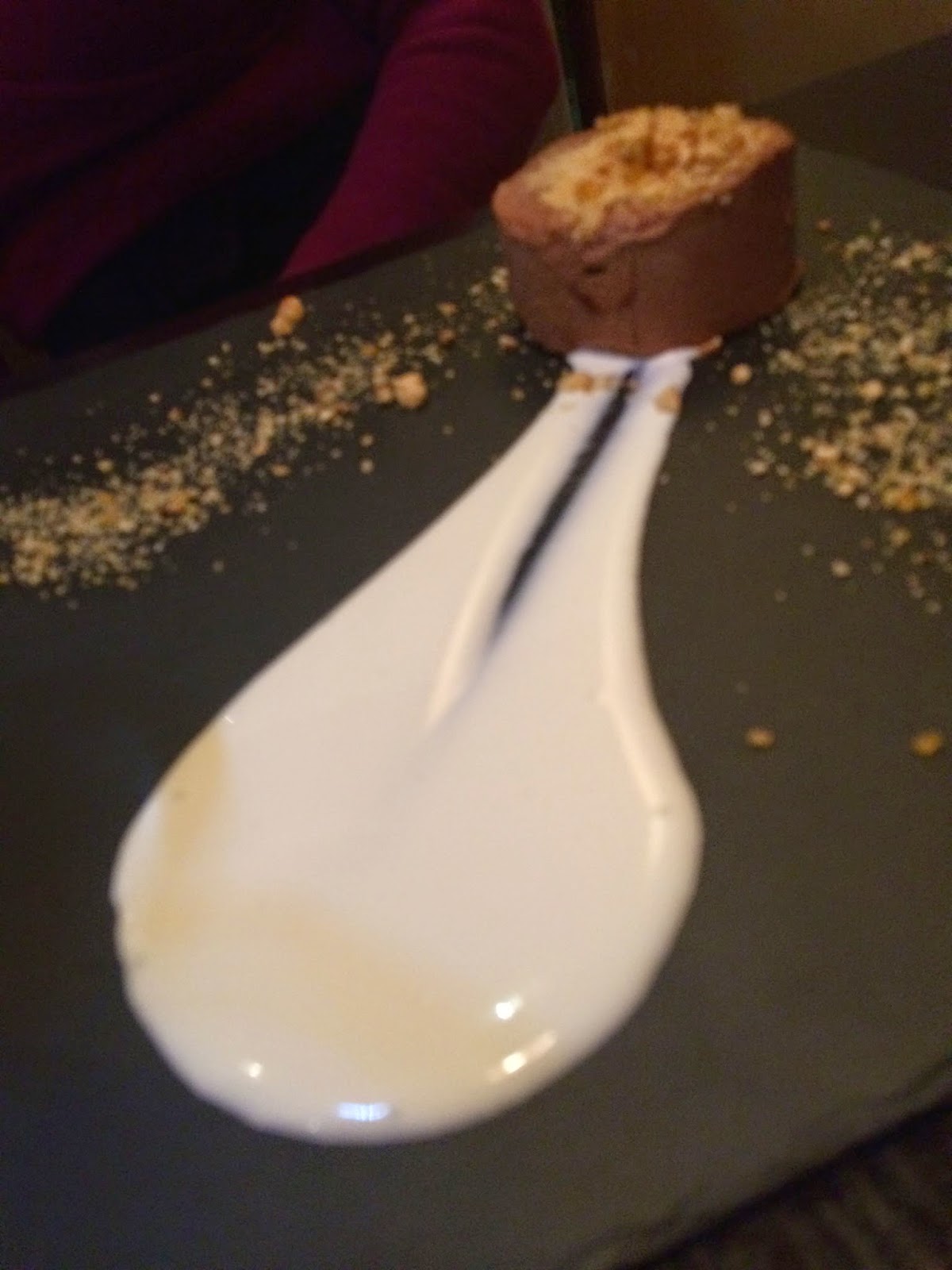 Desserts underwhelmed. Tiramisu was individually made in a glass, and not all the ladies’ fingers had hit the coffee, though a chocolate semi-freddo was just about acceptable, sprinkled with hazelnut praline served on a slate smeared with crème fraîche scented with Frangelico.


A few days later, I went to Fratelli just to check its standards hadn’t slipped since my last review. I already know that this place has good pizzas and one of the warmest welcomes in the North East, especially for children.

It also has prawns in a proper tempura batter, nicely presented sea bass and fresh, big garlic mushrooms that are cooked in parsley butter, garlic and chilli, served with good homemade bread for mopping up its rich, scented sauce. 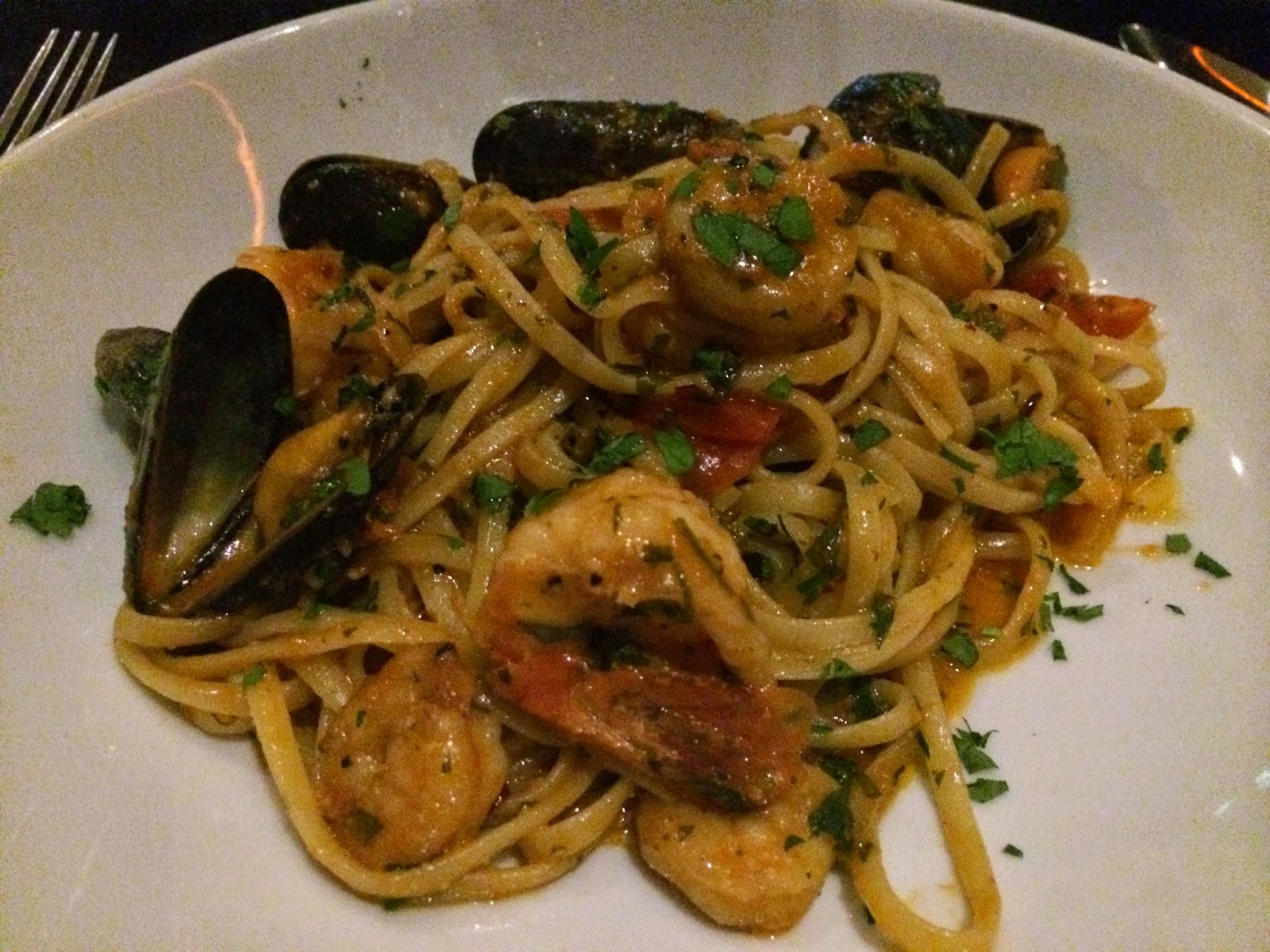 I had the mushrooms for old times’ sake, but what I really craved, especially after Fratello’s pseudo-Italian ravioli, was a bowl of Fratelli’s classic linguine scoglio. This seafood pasta, with mussels, king and tiger prawns and baby tomatoes, has a garlicky, chilli sauce that’s spicy, buttery and inexpressibly fabulous, with loads of flavour.

They excelled themselves the night I went: they apparently have a new Spanish chef, and his Mediterranean flair showed.

You can’t beat the real deal. Fratelli now has an extra star. Fratello’s is lucky to get just one.