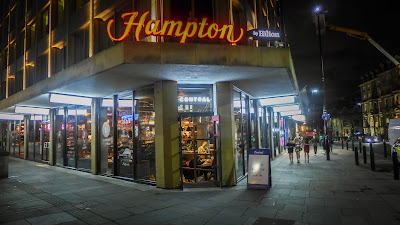 
The development of the area bang opposite Newcastle’s Central Station has raised many an eyebrow and furrowed no shortage of brows over the last couple of years. August figures of no lesser standing than Dame Vera Baird and the Reverend Nicholas Buxton voiced concerns that the planned opening of a “Gentlemen’s” club (were air-quotes ever more justified?) would give visitors to the city, fresh off the train, the wrong idea about our fair city.

As it happens, their fears have gone unrealised. The entrance to the basement dwelling called For Your Eyes Only is, to use a word that I imagine was extensively deployed in planning applications, discreet. Making a far louder noise about itself, and of rather more interest to this column, is what is on the ground level: a shiny new Neopolitan-style pizza and cocktail joint called Central Oven and Shaker.

Unless Aperol spritz and soupy pizzas are going to give people the wrong idea about Newcastle - and if so, I’m not sure what constitutes the right idea - then the City’s image is intact.


Having said that, as we were led by the maître d’ through the polished light wood interior to a prime people-watching table in the window, I couldn’t help ponder all that nocturnal jiggling and grinding going on just a few feet beneath our own. Our waiter told me that For Your Eyes Only is owned by the same Ladhar Leisure group as Crafted Projects, the rebranded division that counts Pleased to Meet You and Lady Grey’s among its growing and successful portfolio. I scanned the menu for an early bird “slice and a dance” special, but it seems like the Ladhar people are targeting this venue at a very different demographic. Which is why Mrs Diner and I had eyes only for pizza.

Here, as elsewhere, Crafted Projects have done a pretty good job of identifying a fashion and muscling in on it. Pulled pork and smoked meats? Get yourself down to Hop and Cleaver. Gin Palace? Pleased to Meet You! And now, just as the trend for wet-centred, chewy-crusted pizzas cooked in double-quick time in a wood-powered dragon of an oven goes mainstream, welcome to Central Oven and Shaker.

Their pizzas are, it has to be said, pretty damn good. They’ve got hold of a chef, Andrea Muru, previously of Manchester’s highly rated Double Zero, who knows how to man a serious oven, and it shows. 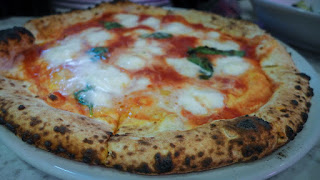 On both the Margherita and the broccoli and sausage white pie, crusts are properly leopard-spotted, with nicely charred bits here and there. The buffalo mozzarella on the former is good, perhaps just lacking the top-end acidity of the very best examples. The tomato sauce tastes clean and sweet. 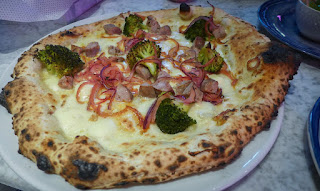 The sausage on the latter could have done with a bit more fennel, but the smoked provola cheese was lovely. At around nine quid, I can recommend either of these. 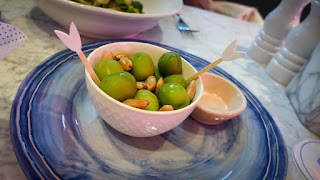 We had tried to order nocellara olives and marcona almonds to snack on ahead of the pizzas, but everything just turned up together. When the main course only takes about a minute to cook, knowing when to call it away is a trick Central Oven doesn’t seem to mastered yet.

A side of parmesan and truffle-oil fries were rustlingly crisp and a plate of fresh greens involving spinach, asparagus and courgette -

although not the advertised parmesan - felt pleasantly virtuous amongst all that beige carb. 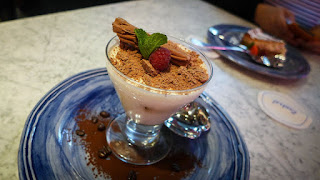 Puddings didn’t appear to have been paid the same amount of attention. My tiramisu was passable, although it lacked the real contrast between bitter coffee and sweetened mascarpone that marks out a proper specimen, while Mrs Diner’s vanilla and lemon cheesecake was a rather sad triangle of dry, flavourless absence and lack. Amongst the lack was the promised raspberry coulis. 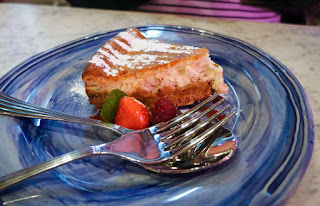 “Not worth the calories” she declared damningly, after just one forkful. I took a large forkful of my own, and immediately regretted the calories too.

Service was youthful and friendly, bordering on the cringingly overfamiliar, as tends to be the way of many places in this City. There were plus points for checking with the chef when not sure about the finer points of the cheeses, but minus points for telling me that their pizzas are not made from a sourdough base when, confused, I re-checked the menu which states that they are. The fact that I had to ask suggests the dough probably isn’t sour enough.

Booze-wise, there was a lot going on. As indeed there was for me that night, so I had to limit myself to a small glass of rather rough house Sangiovese. You’d think a pizza place would serve decent house wine. For those of a freer disposition, Negronis looked to be well made, and I appreciated the focus on classic cocktails, rather than fruity nonsense with daft names.

It’s about time I addressed the elephant in the room. Is Central Oven as good as Cal’s Own in Jesmond? No, not by a fair distance. By comparison, its dough lacked complexity, the ingredients weren’t as serious and the puddings are, frankly, duff.

If you want to taste pizza that is as good as it can possibly be, then it has to be Cal's Own - now with the official stamp of approval of the AVPN, the Naples association that upholds the standards of true Neapolitan pizza, the only pizzeria in the entire North of England to get it*.

But, in the words of Larry David, Central’s pizzas are pretty, pretty, pretty good. I’d happily go back for another handsomely scorched Margherita anytime.

*In fact, there's only one other pizzeria in the whole of the UK to have gained AVPN (Associazione Verace Pizza Napoletana) certification, and that's A Casa Mia in Herne Bay, Kent. Jesmond is a lot nearer.