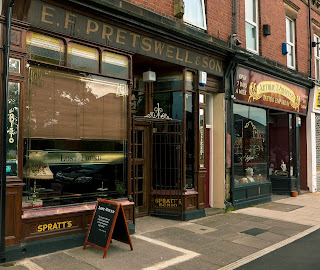 Restaurant menus have been around since the start of the 19th century and have changed remarkably little since then. Some come in fancy leather binders while others languish in a laminate prison, but either way, we all know what they are.

Which is why the old “Have you dined with us before? No? Then let me explain our menu” routine tends to set my teeth on edge. No, don’t explain it, let me take a wild, blind, guess in the dark: those words on the left are the dishes, right? And those on the right, the numerical ones: are they - no, no, don’t tell me! - the prices? Whaddyaknow! 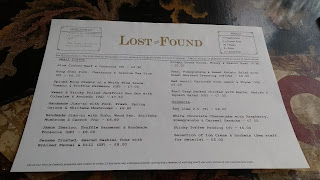 At Lost and Found, we had the menu explained to us by an absolutely lovely gent who appeared to be in charge of front of house. It consisted of two lists: “small plates” and “desserts”, so it didn’t take all that much explaining, but we listened politely because we’re British. In fairness, we did pick up one bit of useful advice, being that two of the dishes were slightly more substantial than the rest, of which more later.


The place belongs to Lulu Chai, whom some of you may remember from such supper clubs as “Lulu Cooks Chinese”, although she isn’t always in the kitchen here, and wasn’t on the evening of our visit. The menu therefore consists mostly of dishes that my friend referred to as “east of Rangoon”, with occasional outbreaks of Mediterranea. I was intrigued to find out how Iberico ham would sit with Asian dumplings, so we ordered both, along with the majority of the other ten savoury dishes. 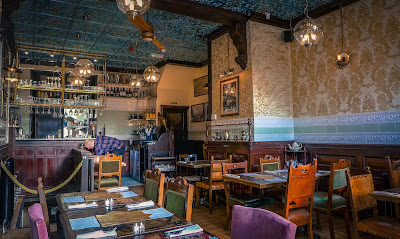 First, I should say what a lovely restaurant this is. It’s in a former antiques shop and you can tell. Furniture is artfully mismatched, lighting is ornate, wood comes in a number of hues and finishes, brass is polished and the wallpaper is serious. Someone with less taste would have been sorely tempted to call it “Captain Wiffle’s Curious Cavern of Comestibles”, or something equally idiotic. Next door is called "Arthur T Sharpes Tattoo Emporium". 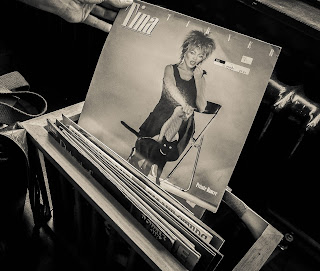 Here, both Phil Collins and Stevie Wonder were on the stereo, and an excellent Singapore Sling intimated that tastelessness is not an issue. 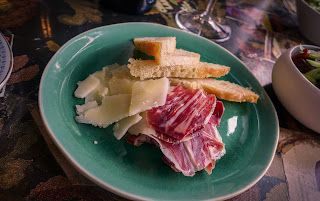 The Iberico ham was very decent, with rich, melty fat. It came with some truffled parmesan which was ripe with forest-floor funk. These juggernaut flavours did rather derail some of the more subtle Asian ones which followed, which is what tends to happen when you serve dishes “as they’re ready”. 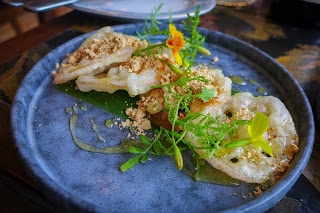 Lotus root crisps were nicely fried and came drizzled in good honey and a “peanut dust” that tasted a bit like that powdery stuff you get at the bottom of a packet of dry-roasted nuts. Delicious, in other words. 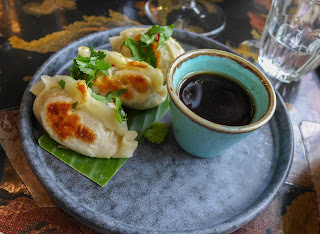 Jiao-zi dumplings of tofu and mushroom were dinky crisped pillows of vegan-friendly fun, with a fine dipping sauce of soy and black vinegar. Two issues: you only get three for £6.80, and I was mostly still tasting that Spanish ham. 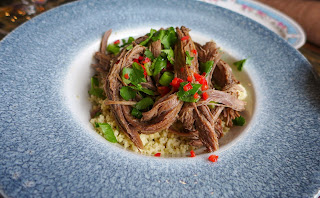 Elsewhere, the pricing was downright erratic. A good-sized portion of cous-cous topped with tender wisps of slow cooked beef was a reasonable £6.90. 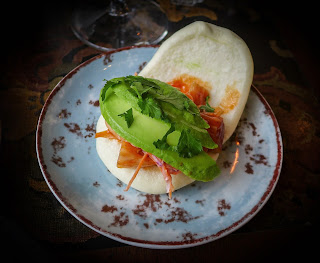 However a single steamed bun of jackfruit - pretty much a two bite job - was £7.50. That’s three quid more than Bao charge for their brilliant version of the same thing. In Fitzrovia. In London. 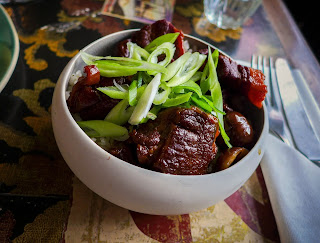 The other “more substantial” dish was a winner: Hong Shao (red-cooked) pork served on top of some just-cooked and winningly plump jasmine rice. There was a lovely waft of - I think - cassia coming from the pork which, having been cooked in reducing soy sauce, was nicely salty. 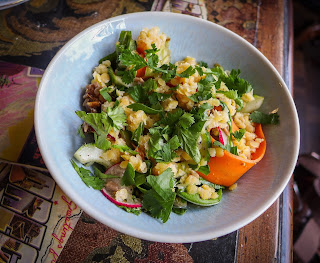 My pal’s red lentil fattoush was, because it didn’t contain bread, not really a fattoush at all. It wasn’t that great either. It needed some spice, more citrus, seasoning, anything to bring it to life.

At this point, despite having ordered the suggested 3 dishes each, including the “weightier” ones, we were still hungry.

“I could smash a pizza,” I muttered. 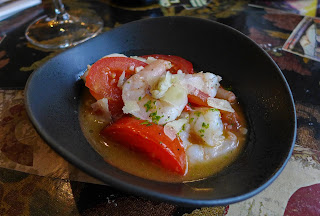 Instead, I smashed an additional dish of (not very) spiced king prawns, while my friend went for an attractive, if slight, salad of smoked chicken that could have used more smoke. 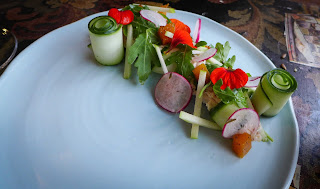 This would be a great restaurant to visit if you’re dieting. There are hardly any carbs and everything is presented prettily and with precision. However, for those of a more greedy disposition (hiya!), the bill can rack up. We spent just over a hundred notes on a meal which included one bottle of smooth Côtes du Rhône. 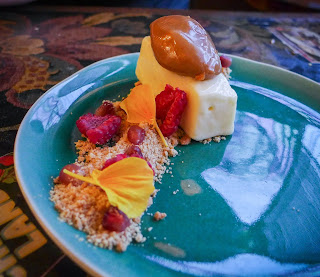 It also featured a couple of desserts that both followed the modern “trail of crumbs topped with blobs” format, which sadly refuses to die off. A cheesecake was nice, but not a cheesecake. 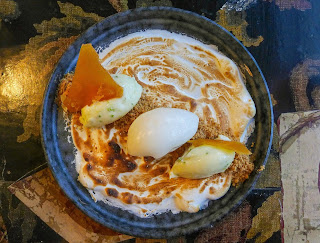 A “Key Lime Pie 2.0” (yeah, I know) reminded me of the time when I “upgraded” to Windows 8. Whatever was wrong with version 1.0? Chefs: stop deconstructing things, and just make proper pies.

This is almost an excellent restaurant. Everything tasted at least nice, and some of it was great. But the perils of serving small plates were all too apparent - some felt like poor value, and they all arrived pretty much at once, which didn’t help manage table space. I think they should offer bowls of rice as a side dish, so those of a hungrier disposition can be satisfied. The spice-o-meter needs cranking up too.

There’s talent and enthusiasm here, and it’s well worth checking out. It just feels like some dishes need to be tweaked, and quite a few repriced. If you ordered unluckily you could end up paying over £20 for essentially three amuse bouches. Now that would be hard to explain on any menu.