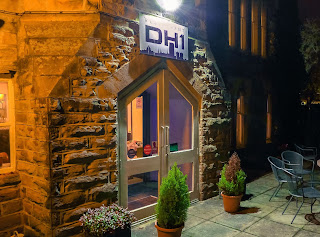 
[DH1 announced in March 2018 that it was closing its doors "with much sadness and a heavy heart".]

It’s a fickle and scary business, this restaurant trade, especially when you’re attempting to run your own gaff. Crazy-long hours, deliveries not turning up on time, unappreciative customers, tax returns and all manner of other hells. Oh, and worst of all: food critics. You’d have to be a bit mad, wouldn’t you?

But still they come, the brave and the foolhardy, to put themselves through this heart-wrenching mangle of an industry. For those of us who think sitting in a nice room being fed lovely things is about as good as life gets, thank goodness they do.

So, when an email plopped into my inbox from Stephen and Helen Hardy, proprietors of Durham’s Restaurant DH1, proclaiming that business had been tough of late and that to drum up extra trade they were launching a new, moderately priced midweek menu (£30 for three courses), I thought it no more or less than an act of straightforward citizenry to try it out.


I last visited this place a few years back, when it bore one of the least tasteful restaurant names ever conceived: Gourmet Spot. The branding highlighted the “G” and, yes, I had trouble finding it, even aided by satnav (insert your own punchline).

Stephen Hardy was the chef then, and still is, though he and his wife Helen now own the business. The name isn’t the only thing they’ve improved. Tables are now clothed, there's a comfy sofa in the bar, and we enjoyed a nostalgia-evoking 90’s playlist featuring Groove Armada and Röyksopp, all of which made for a better atmosphere.

The square-backed leatherette chairs and questionable central chandelier have survived. 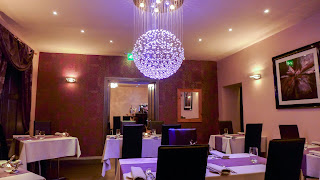 “Looks like Denise Van Outen’s fitted this place out,” muttered my pal, as we took to our pews. The tiny room is certainly better than it was, but he had a point.

Then the food started to arrive, and all thoughts of interior furnishings faded away. 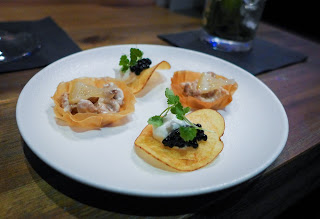 A couple of pre-dinner snacks were nice, particularly a mini filo tart of spiced shrimp and preserved lemon, but the home-made bread and butter was another story altogether. 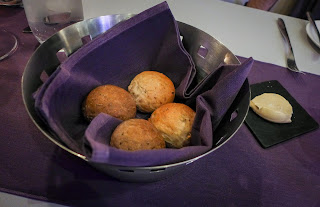 The dinky warmed rolls were fabulously light and had great flavour, especially a black pudding effort. They scarcely needed butter, except that the butter itself was an epiphany in dairy form. It tasted like a beurre noisette had been whipped back into more butter, resulting in a lotion of caramelised depth that became liquid with the merest help from the steaming innards of those rolls. Stirring stuff. 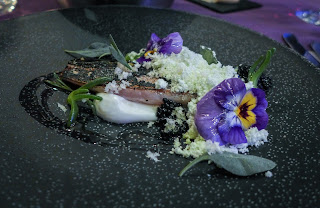 My starter was a striking assembly of punchy, salty flavours. Mackerel had been cured to firmness, torched to blistered black, scattered with coastal herbs and pansies, then dressed with caviar and a blizzard of what I took to be a buttermilk “snow”, the result of some fancy-pants modernist wheeze. This, on a bargain menu that promised simplicity, was an impressive opening salvo in which everything worked together, in a sort of saline call-and-response. 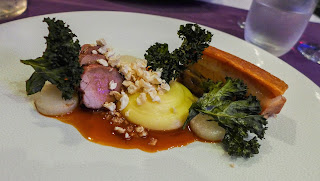 A main course of pork brought together a fine cuboid of crisp-topped belly with luscious fat underneath and three neat rounds of just-blushing fillet. Kohlrabi provided a touch of bitterness, fried kale leaves crispness and a miso-spiked cider sauce seasoned everything with a wallop of umami richness. Deft, accurate, sensible, but mostly just delicious. 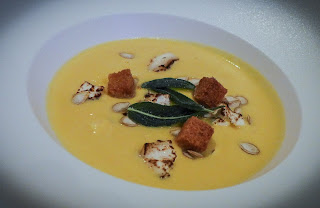 My vegetarian friend didn’t fare quite so brilliantly, although really not too badly either. A generous bowl of pumpkin soup was well seasoned but tasted more of a particularly fine stock than of the main ingredient. 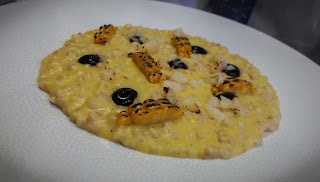 His main course of spelt risotto was visually arresting, a neat yellow circle punctuated by charred nubbins of corn and dots of black garlic purée, but it didn’t quite shake my belief that, for textural reasons alone, a risotto is best made with rice. 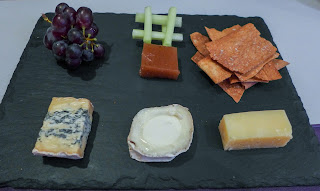 He finished with cheese - a good selection, with quince paste, lavosh crackers, grapes and celery to boot. 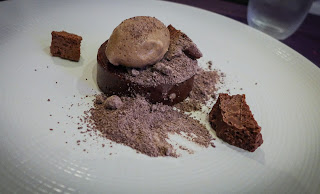 Meanwhile my chocolate pud was a stern rebuke to all the lesser specimens that lurk out there. A sort of high end over-sized Rolo, a beautifully crisp shell gave way to a fine, dense mousse, with a salted caramel centre that made your jaw ache a bit, but in a really good way. The whole business was crowned with a scoop of coffee ice cream. Again, a first-rate dish. 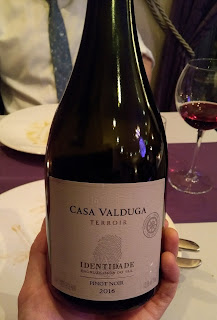 The wine list is worth investigating, and is only modestly marked up. Casa Valduga, a Brazilian Pinot Noir, was a cherry and tobacco-laced cracker of a bottle whose light silkiness ensured it went well enough with everything we ate.

Service was spot-on, although it might well have been, given that ours was one of only two tables filled. 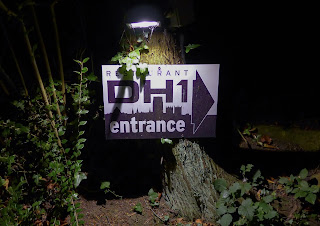 Which brings me to a bit of a rallying cry. It’s a real crime that food this good, at such reasonable prices, isn’t finding its audience.

I don’t think the location, tucked away at the end of a residential street, away from Durham’s historic centre, is helping, but then neither can it be helped. The restaurant is where it is. 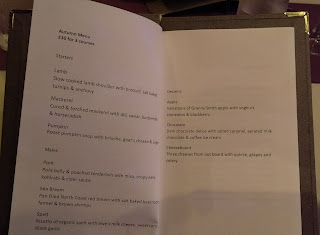 But this place happens to be serving some of the best restaurant food in Durham, and even the region. There should be queues down the street. There are quite enough shysters in this trade, shuffling money from one business interest to the other, the better to fleece the punters and flummox the taxman. There are far too few people, on the other hand, with the skill, ability and instinct to please. Stephen and Helen Hardy are two of them.

They absolutely deserve our custom. So, please, be good citizens. I’ve included their phone number at the top of this review. Next time you fancy a really good meal in the Durham area, give it a ring. 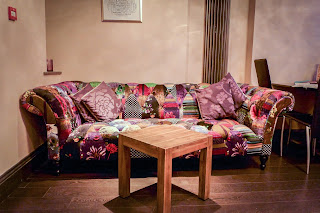