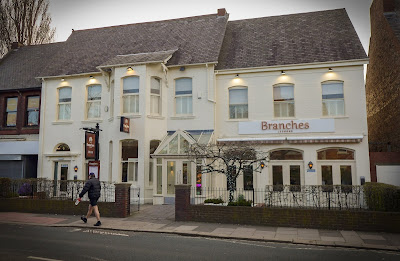 
Normally food takes precedence over interior design in my reviews, and rightly so. Fixtures and fittings are lucky to get half a sentence towards the fag end of the page. I’m simply more interested - and good deal more qualified – to assess what’s on the plate. If the food's amazing, I’ll happily eat it standing up, or outside, or wherever.

But sometimes not to discuss the do-out of the dining room is to ignore the elephant in the room. Especially when that elephant is a honking great fake tree. This is the second outpost of Branches; the first one, in Ponteland, also features a big lump of pretend woody perennial in similarly perpetual blossom. Now they have a second branch, and a second tree. They’ve got a theme and they’re sticking to it. There can be no Branches without trees, I suppose. 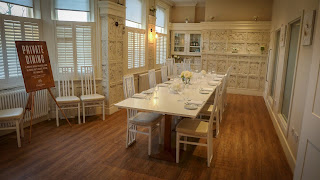 We were sat in the upstairs level of the Jesmond restaurant (which, ironically, used to be The Cherry Tree). The room is a perfect illustration of why the phrase “shabby chic” is an oxymoron. If you think a colour palette of whites and creams or a paint job that is actually meant to look like its peeling from the walls as if in some hallucinatory nightmare is the epitome of style, then Branches is the place for you. Me? No, not so much.

All of which makes the fact that we had such an enjoyable evening a resounding endorsement of both the food and the company. I can’t rent you my friends - at least I don’t think I can – but I can certainly put you straight on the food. 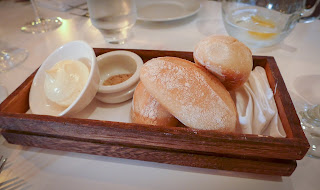 The house bread set the tone. Neat little rolls of warmed sourdough were served in a napkin-lined wooden box with butter that was the ideal consistency for spreading and some why-didn’t-I-think-of-that? cumin-spiked salt. As an opening gambit, it said “we care” and “we’re trying”. 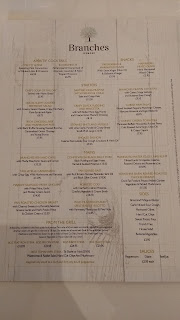 The menu (which looks as though something has gone wrong with its printer - apparently the dirty background is an artistic statement of some sort) is a mixture of the familiar and the extremely familiar.  At least that means everyone should be able to find something that appeals. Apart from vegetarians perhaps, whose only main course option was mushroom risotto. Vegans? You guys are on your own.

Where Branches is seeking to differentiate itself from the also-rans, however, is in execution and presentation. The latter was more impressive than the former when I last visited the Ponteland outpost a couple of months ago. Then there were lots of complex platings and extra courses (which all seemed a bit of a waste of time when it was just me and a friend sitting in an empty restaurant for the entire evening – I felt guilty keeping so many staff from their loved ones), but despite the fact that a lot of effort had gone into those dishes, the basic cooking did nothing to convince me that I should elevate its previous rating from three to four stars.

Take my starter of beetroot salad: it was a riot of colours and shapes but was also rather dull to eat, basically just a plate of underpowered roots without enough sharpness, creaminess or crunch on the plate for contrast. 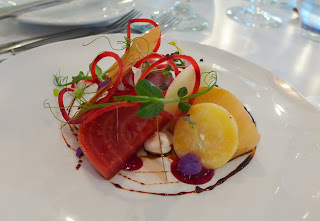 In Jesmond, the same dish was similarly disappointing.

In Ponteland my friend’s steak had arrived virtually char-free – a basic blunder for which no amount of foam or dry ice theatrics elsewhere in the meal could compensate. 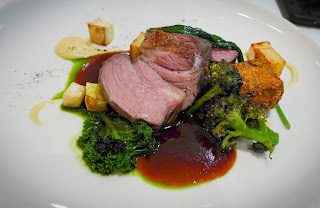 Fortunately, in Jesmond, the rest of the cooking was on another level. Here my main course was a fine lump of a rump of lamb, moistened with a sauce that glistened attractively and paired with celeriac, a cube of breaded slow cooked lamb and flashes of green by way of spinach, broccoli and kale. No boundaries were harmed in the making of this dish, but it looked nice and tasted great. 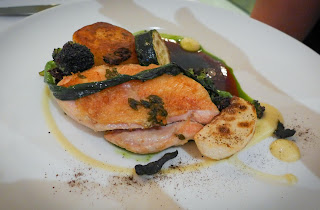 Other mains were similarly on the mark, featuring pitch-perfect seasoning and accurate cooking. A chicken breast had unusually fine flavour and was tremendously moist. An accompanying duck fat fondant potato was great, although the advertised pickled mushrooms got lost somewhere along the way. 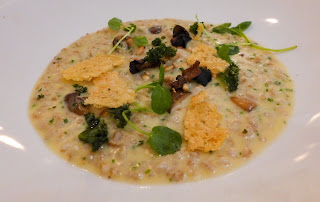 I’m normally a bit sniffy about anything claiming to be a risotto that isn’t made from good carnaroli or vialone nano rice, but the wild mushroom and spelt version here was as creamy as the upholstery, boldly seasoned and zhooshed up with parmesan crisps and toasted pine nuts. 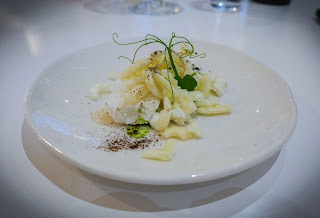 At times, the artsy presentation got in the way of the flavours. An unbidden intermediate course announced as “textures of goats cheese, potato and apple” tasted as beige as it looked, as if the chef knew they needed to put something up, but hadn’t had time to think it through. A salutary lesson: first, make it delicious. Sort out how it looks afterwards. 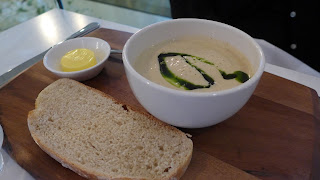 Happily the misfires were in the minority. A bowl of roast cauliflower soup was packed with flavour. 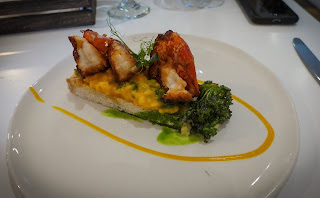 My own starter of whopping prawns on toast with mango and chilli was enjoyable in a exotic sort of way. 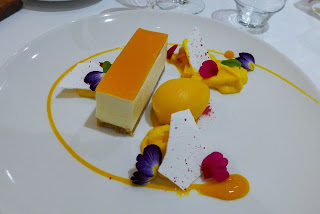 Mango bookended my meal, as I was talked into trying their “signature” cheesecake which had the full Instagram of swirled sauces, edible flowers and shards of meringue going on, but also happened to be well made, not overly set and quite delicious. So that’s fine, then. 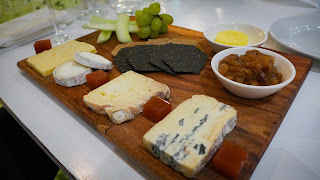 A cheese board featured four good-sized hunks in fine condition. I did ask what they were, but I’d been rather enjoying a nice bottle (but no vintages listed: sigh) of Veramonte, a Chilean Carménère, and I forgot. Soz. 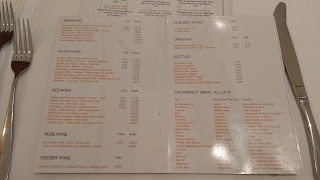 Service was very good, if a touch on the cocksure side at times. A mention for the girl who made our pre-dinner martinis, who was lovely, although how she could have no lemon to twist into them when chunks of it arrived at the table in water jugs is a puzzle.

The Executive Head Chef across both versions of Branches is Robert Elat, a fine cook whose food I have previously enjoyed at Louis, Cafe Royal, Jesmond Dene House and Peace & Loaf. He wasn’t in the kitchen on the evening of our visit - his night off, apparently - so props to whoever is his sous chef.

Not everything hit the heights, and I’d probably like to see a menu which tends towards the more culinarily interesting than swooshes and swirls, but they presumably know their audience: this restaurant isn’t really designed for me - I prefer a twist with my fine dining. I generally struggle to squeeze into a cream leather banquette booth, with Clean Bandit playing in the background, under a massive indoor tree, whilst maintaining a straight face.

Nevertheless, the cooking at Branches Jesmond is undoubtedly good. And besides, as I said, I’ll happily go to all sorts of weird places for really nice food.