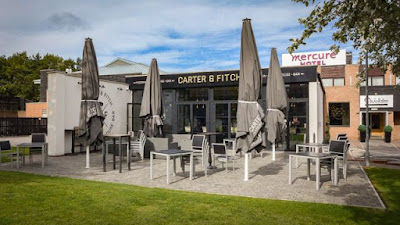 
So here we were on Wearside for the latest installment of the as-yet-unsuccessful “Operation Find Somewhere Nice To Eat in Central Sunderland”, a toilsome undertaking that a lesser reviewer would have jacked in ages ago. I am, however, possessed of both optimism and unwavering obstinacy, and so on I trudge.

Mrs Diner and I had with us the pal, who had with her a very Junior Diner. Fine, I had thought; if I’m struggling for word count I can bang on about the baby change facilities. People eat out with young kids all the time. The pal does, anyhow. I foresaw no difficulties. More fool me.

We pitched up at El Nido Mexicana at the advertised opening time of midday looking forward to what I had been told were some thoroughly decent tacos and a good list of mezcals, but the lights were off and nobody was home. I rang to see what the score was. No answer.

With Junior getting restless in her pram, we hot-footed it over town to Mexico 70, set up by Neil Bassett of the excellent band Hyde and Beast, only to find the doors locked, some twenty minutes after Google suggested they ought to have opened.

While I began to mutter swear words under my breath a delivery man was trying to get access, at which point a chef poked his head out of the kitchen and let us in, only to advise that they don’t have high chairs. Ikea flogs them for nine quid, guys. We would have spent an awful lot more than that. Just saying.

Flustered, hungry, and with Junior on a one way journey down meltdown street, I abandoned the idea of doing any kind of review and sought the nearest sustenance. The Engine Room was just over the road. They had a twenty minute wait for tables. This was not good news. Junior was now doing actual yelping, and things had gotten visceral.

Mrs Diner shot me a look. “We need to get out of Sunderland” she hissed.

We hightailed it back to the car and headed north, to safety. At which point I remembered that I’d been meaning to try Carter and Fitch, near Washington. 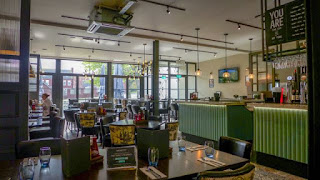 10 minutes later we were seated, crayons and wine had been distributed appropriately by friendly staff and all calm was restored. The food turned out to be mostly terrible, but did we care? Not much. 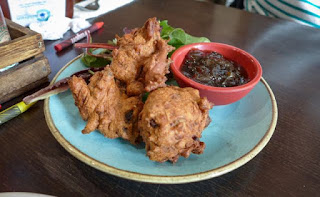 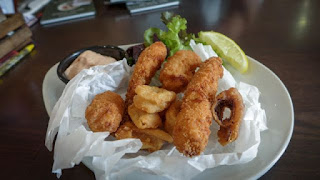 Frito (sic) Misto was meant to be “selected crumbed seafoods” a food demographic which I must say I hadn't realised included chicken goujons, but there you go. In any case, the chicken was better than the lacky band-style bits of squid, neither of which was improved by being dredged through a dull thousand Island dressing.

Both these dishes were ordered from a section of the menu bizarrely entitled “Cicchetti”. It will come as news to the bàcari of Venice that black pudding bhajis are something they are known for, I imagine. 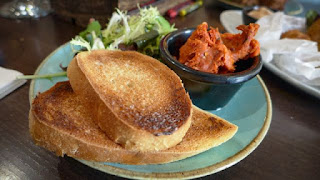 A dish of nduja with toasts was better, despite the toast having all the character of a roundabout, because nduja is always great. 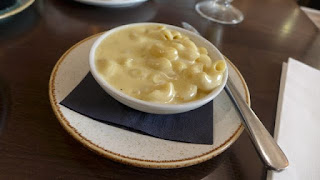 I piled the stuff high on the toasts and dredged the whole business through a Primula-tastic side order of mac & cheese. Yep, you guessed it: still starving at this point. 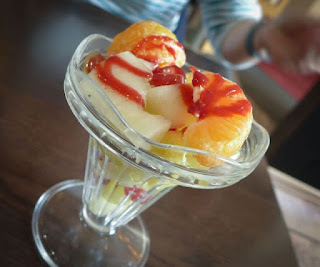 As was Junior, who was making short work of her fruit salad starter and fish and chips main (we asked for all the food to just come as fast as they could make it) from the children's menu. 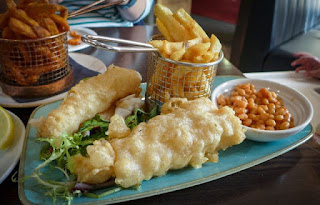 The latter was possibly the best thing any of us ate; crisp, if greasy batter, nice fish, decent chips. Fine. 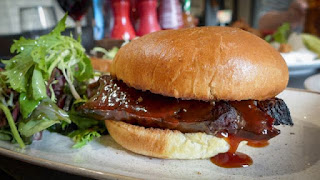 My Pitmaster brisket sandwich had the odd bit of nice crunchy beef fat in it which distracted me from the dryness of the meat, a deficiency which they had attempted to remedy with a blandly sweet gloop of “bourbon essence”. 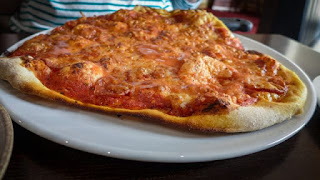 The Pal’s pepperoni and hot sauce pizza was, relatively speaking, not too shabby, the dough having some character to it, the tomato sauce a nice sweetness and the hot sauce and melty cheese providing a satisfying dose of smut.

No longer hungry, and with a newly sleepy infant on our hands, we skipped pud. The two staff on hand were absolutely lovely people, got our food out quick sharp, cooed over Junior no end and just made us feel tremendously welcome. The only booze consumed was a slightly rough, albeit very cheap glass of Sangiovese with which I had settled my jangling nerves.

If, like me, you’re wondering why they’re doing both pizzas and smokehouse type stuff, there’s some blurb on the website about two friends with Mafia links who ran a smokehouse in prohibition-era Chicago. It doesn’t say whether either of them had a thing for black pudding bhajis. 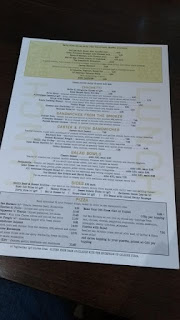 In anything approaching normal circumstances I couldn’t, in good conscience, recommend this place. Some of the food was alrightish, but some was so abysmal that it has to be a one-star job. However, they do actually have food. And high chairs. They also open when their website says they do.

I had naively assumed that such things could be taken for granted in these hyper-competitive days of modern restauration. That’ll learn me. If - and only if, mind - you should ever find yourself desperately hungry, on the run and in the presence of an angry kid who is going to explode into another snot-generating fit any second, then you can call on the friendly staff of Carter and Fitch with my absolute blessing. They’ll sort you right out.