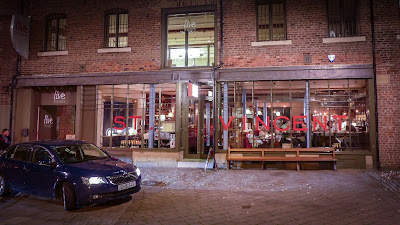 You might think that after so many combined years in the biz, Terry Laybourne and his team at 21 Hospitality Group would lose their edge; that their extraordinary ability to give the people what they want, just before they know they want it, would become dulled. A visit to St Vincent will soon set you right: they’ve only gone and done it again. It’s a little beaut.


I arrived, a few weeks after opening, with more than a whisper of trepidation. The closing of Caffè Vivo was felt keenly in this town, and nowhere more than in the Diner household. We’ve enjoyed many a small plate of pure Italy there. Since it closed at the end of August I’ve had serious cravings for their cheesy, creamy polenta, their little bites of cicchetti, the chargrilled calamari – and, most of all, the great selection of interesting wines. Vivo was one of the first places in Newcastle to combine class with informality. I feared its successor might not pass muster. 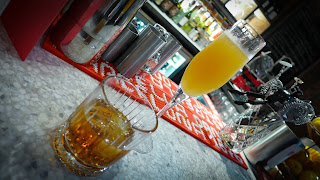 However, plonked at the smart, newly installed bar with a glass of Montenegro over ice and some delicious marinated olives to hand, I pretty much already knew everything was going to be alright. Given how short the interregnum between Vivo and St Vincent has been, it’s remarkable what a facelift they’ve given the room.

As well as adding that bar, they’ve reduced the total covers, but varied the seating options. Now you can perch on stools, take a large window table or slink into a banquette booth. There are splashes of smart grey-blue to accentuate the wood and bare bricks, and there are wine bottles everywhere. It feels like equal parts Mediterranean bistro and smart New York café. All this, in tandem with the almost inevitable small plates menu, is clearly designed to allow people to eat and drink how they want. A couple of dishes and a glass, or a well lubricated feast? Either is fine. As usual, we opted for the latter. 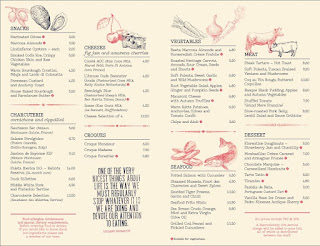 The menu was like walking into a room full of very old friends: it was a greatest hits album of my favourite things. Like Rowley Leigh’s famous parmesan custard and anchovy toast: it's been years (too many) since I enjoyed this, but it still sounds amazing, doesn’t it? 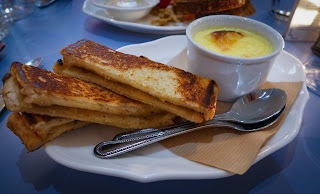 Head chef Emanuele Lattanzi (who, like most of the staff has stayed on post-Vivo), makes it taste pretty amazing too. It’s a riot of richness and umami - the custard has a perfect wobble, and is deeply savoury. You must order at least one each of these - it's too good to share. 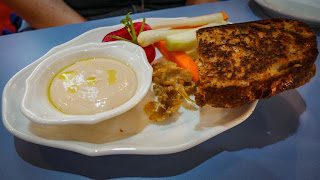 Our table quickly filled with delicious things. Silky whipped cod’s roe, reeking with smoke and served with pert raw radishes and carrots. Let’s gloss over the tired, not-especially-crisp chicken skin also present on this plate and focus instead on a world class Croque Monsieur: 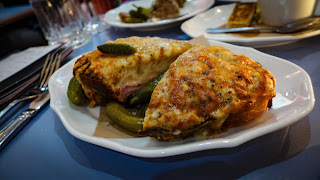 Imagine a duvet of melted cheese - gruyère? - béchamel, cottony bread and quality ham, with just a scatter of cornichons to cut through it all. This a Croque Seigneur. 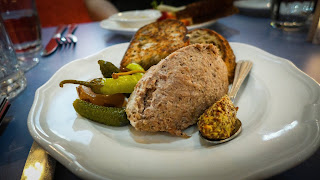 Or just picture a generous hummock of tremendous duck rillettes, all fat and quack, to pile onto great toast with fine grain mustard and more pickles. Who needs the EU when all Europe can be found in one menu? (Don't answer that one) 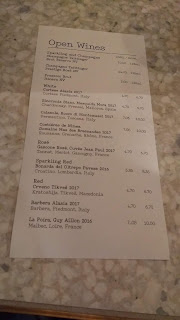 This being a wine-focused restaurant, I should take a moment to record a deliciously full and rounded white Costières de Nîmes, a Macedonian red that was laced with fresh redcurrants and an intriguing, bracingly dry sparkling red from Lombardy.

However, I also have one note of significant frustration. A mere three reds and four whites available by the glass, and 175/250 ml serves are, for me, all sorts of wrong.

What’s the point in having such a great wine list, with a focus on small, low intervention producers, but then limit your customer’s access to it, forcing them to order only obscenely large glasses of the few that are available? In my ideal world, lots of small dishes are paired with lots of small glasses. In 2018 there are many ways to offer customers a wider range by the glass; it's a shame that St Vincent isn’t doing it, at least not yet.* 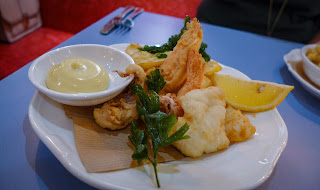 While I’m grumbling, I should record that the only food-based dud of the night was a plate of fritto misto, whose batter was more flaccid than friable. Moving quickly on... 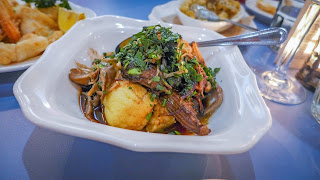 Equanimity was soon restored by the polenta – not exactly Vivo’s, but still rich and soft, supported by an even richer dark braise of venison, positively humming with red wine. The dish was given further depth by some delicious mushrooms and lightened just a touch by a carefree scattering of parsley. 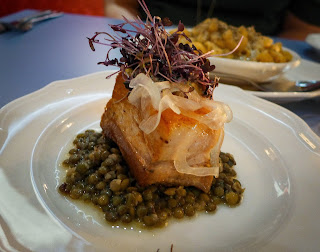 Mrs Diner had more or less thrown in the towel by this point, leaving me to plough on alone. I made it through an unctuous cuboid of pork belly perched on a hillock of minerally lentils... 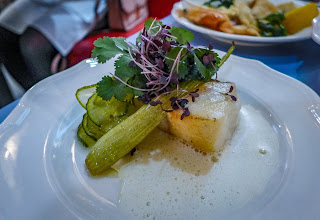 ...I loved a delicately grilled piece of pristine cod with fennel and pickled cucumbers... 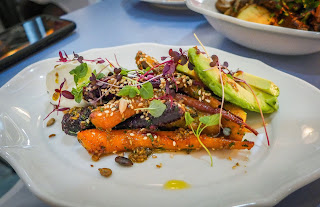 ...and I quickly devoured a startingly tasty plate of roast carrots, served cold, dressed in a moreish, Moorish collection of seeds and herbs in a very Ottolenghi-ish way. 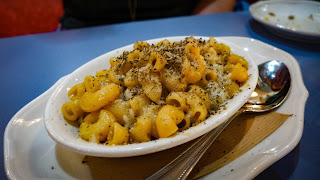 However, Mrs Diner did manage to find space for the lovely autumnal funk of a side of macaroni cheese dusted in finely grated Yorkshire truffle**. She impresses me sometimes.

Service was mostly first rate, being knowledgeable, friendly and engaged. The table next to ours did have a comically difficult time getting hold of a server on one occasion, but I’m happy to put that down to staff getting used to a new restaurant layout when they had spent so long living in the old one.

The music, which was scarcely needed as the place was so full of conversational buzz on the Friday of our visit, was an eclectic mix of hip hop and indie. Prices are reasonable. You could comfortably enjoy three dishes and a glass of wine for £25-30 and be well fed.

We, on the other hand, were radically overstuffed, but still managed to check their versions of a couple of classic puds. 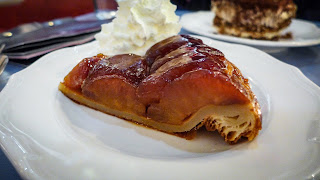 I do prefer my tart Tatin served piping hot and sticky from the oven, but for a cold version, this was fine, with plenty of soft caramel and perfectly cooked-through apple. 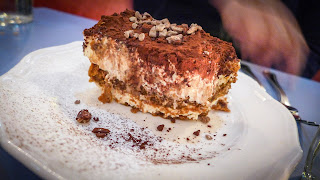 The tiramisu was a straightforward victory: clouds of cream and sponge sharpened with booze and caffeine.

There are all sorts of theories as to why Vincent of Saragossa, who came a cropper when the Emperor Diocletian went after the Christians in what is now Spain, became the patron saint of winegrowers and vintners. What is a great deal clearer is why Terry Laybourne is practically the patron saint of North Eastern restauration. He and his team have been getting it right, far more often than not, for what seems like forever. St Vincent is a credit to all involved. It’s an instant classic. I loved it, and can’t wait to go back.

* Since my visit, and since this review was published, St Vincent has introduced 125 ml servings of house wine and has also substantially increased the number of "open wines" offered by the glass. Good.

** Terry Laybourne tells me that the truffles were from Spain, not Yorkshire ("I wish," he said). I did wonder about their provenance, which is why I asked our waiter. He went off to the kitchen and he came back to report they were from Yorkshire. Maybe they were winding me up.