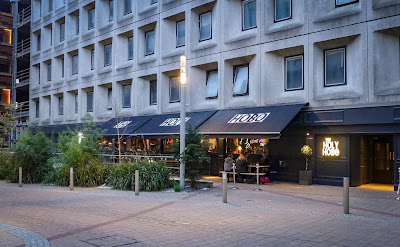 
Anyone who spends a bit of time writing about restaurants will quickly find themselves the target of press releases declaring this or that new opening to be the hottest thing since sliced hype. You soon become inured to the over-familiar and breathless tone of these communiqués, with their exclamation marks and awful words like “tantalising” and “fully-loaded”.

Off the top of my head, precisely none of the greatest meals I’ve ever eaten came after having reading PR blurb. A number of the most awful ones did though. Funny that.

Nonetheless, every now and then I stumble across some release that is so vibrantly bonkers I find myself drawn to check out the place it purports to describe, like a sick moth to a roaring flame. Which explains why my friend and I recently found ourselves in what used to be Mr Lynch, but has recently been rebranded as, ahem... The Holy Hobo. 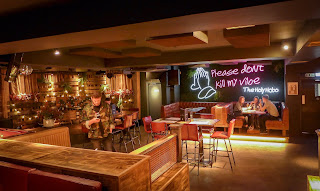 “The Holy Hobo?” you might reasonably ask, eyebrows raised. Fear not, their website is chock full of nourishing info.

The Holy Hobo is “a Mecca of Good Vibes”. It is “your next adventure, as living the dream is supreme, keeping it real with Primarni or Armani”. Pardon?

“There’s truly nothing like Holy Hobo”. Really? How so?

“Here at Holy Hobo, we’ve spent countless nights at the drawing board to handcraft the most scrumptious food menu you’ll find this side of the planet.” Seriously? 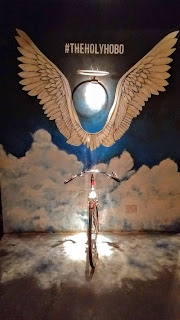 Well, “we’re not just saying that to catch your eye, it’s said with gusto and bravado because we’re confident in the fact that Holy Hobo represents and provides that feel-good feeling that can only be compared to when you see your crush, the moment when you take off your shoes after a long day, or finally slip into those warm and soft PJ’s.”

That sounds to me like a pitch that was dreamt up after the speedballing of a gram of some hectic new boom-rave drug.  It’s certainly a lot to ask from a bar with food in Jesmond, but we thought we’d give it a try.

The comedy/madness has slurried out from the website onto the menus. Our eye was inevitably drawn to “Kim Jong’s (alleged) weapons of ass destruction (£10.95).”

When did it become groovy to name a chicken burger after a murderous dictator? I scanned the menu for Pol Pot’s Pulled Pork or Hitler’s Harissa Hot Pot, but the Kim burger was thankfully a one off. 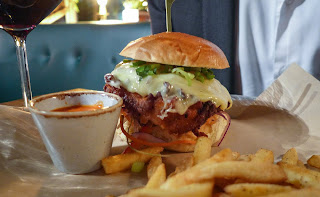 Ineviteably, the reality of the thing failed to live up to the mythos. How could it? It wasn’t bad, being crisp, not overly dry and served with decent chips, but it was, at day’s end, just a chicken burger. As for the alleged sphincter-busting weaponry of the ghost chilli sauce, well... it was certainly no threat to world peace.

“I could use this as eyewash and barely notice,” snorted my friend, a noted expert in the consumption of fiery comestibles. 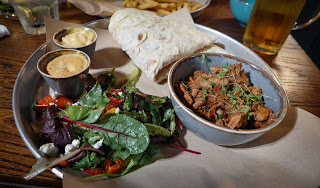 My own main course of Moroccan lamb with “posh” salad, chosen from the kebab section, sported fall-aparty slow cooked sheep with decent flavour, but was terribly let down by being served with a stone cold and chewy flatbread. This, having all the character of an inner tube, tasted like it might have been whisked from a plastic packet just moments earlier.

Our menu advised: “At Holy Hobo our signature kebabs are a step up from your local take away”. Hmm. My local takeaway makes pillowy flatbreads fresh for each order. Just saying. 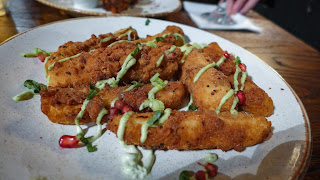 A number of options culled from the snacks and starters sections of the menu had been better. Halloumi fries had a golden crumb and were squeaky-soft within, so fine. A scatter of pomegranate seeds and a squirt of perky coriander sour cream lent them some colour and interest. 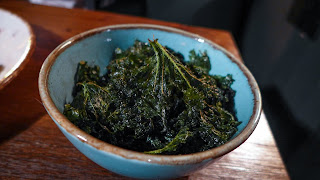 Sweet and sour crispy kale was, like a WWE wrestler, rather greasier than necessary, but still enjoyable in a smutty sort of way. 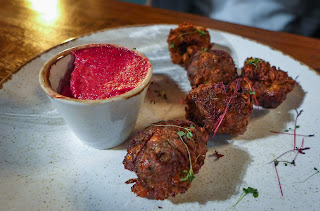 Their falafel were a bit rustic, sporting chunks of chickpea but were perfectly fine and came with a lurid but earthily tasty peanut and beetroot hummus. Sad, wilted strands of microherbs - amaranth maybe? - looked like the result of a primary school kid forgetting to water the cotton wool. Honestly, if they look this shrivelled, just leave them off the plate. 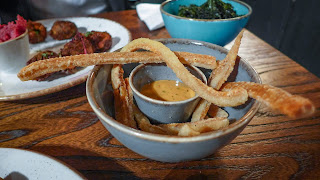 Pig scratching sticks were thin lengths of salty porcine crunch, with the oink factor turned up by means of a wrong-but-enjoyable baconnaise that tasted a bit like the sauce they put on Big King burgers. 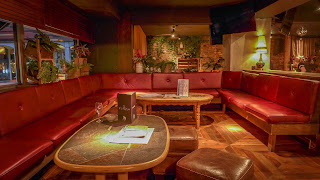 Booze-wise, there is a huge book of beverages to choose from, featuring everything from daftly named cocktails (The Redemption of Ant McPartlin, anyone?) to flowering jasmine teas. Fair play for having an unusually good selection of spirits, particularly rums. 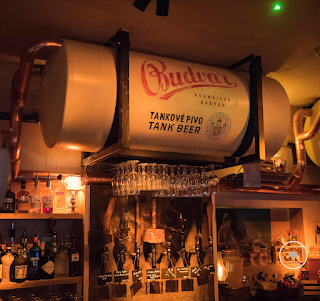 Their libationary centrepiece is Budvar Tankové Pivo, or tank beer, which is shipped direct from the brewery in the Czech Republic and, unlike most industrial lagers, is matured for 90 days (fun fact: “lager” is German for “warehouse”). I tried a pint and thought it nice enough, with a noticeably soft mouth feel, but I struggle to get excited about any lager. Much more exciting was a pint of Wylam’s dependable Jakehead, brewed just down the road.

In fact, that pint of Budvar pretty much sums up the experience of The Holy Hobo. Lots of elaborate spiel, but really, like lager, it’s nothing special: just an ordinary bar with, despite the hype, pretty ordinary bar food. Still, it’s the best - or certainly the least bad - meal I’ve had at an Apartment Group venue for a while, the staff were nice when we could get hold of them and the way they’ve done the place out is fine, if you ignore the occasional outbreak of on-theme Instabait.

This is a hobo that doesn’t need clearing off the streets; it just needs a few more nights at the recipe drawing board, and a menu without all the drunken nonsensical ramblings.