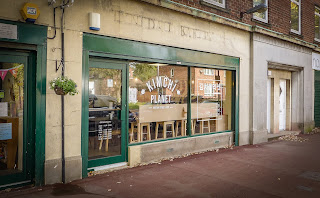 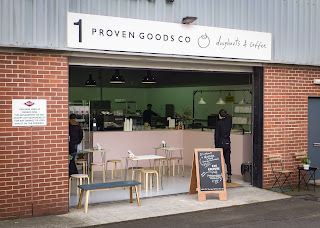 Here’s how it was meant to go: Mrs Diner and I would take advantage of a rare free afternoon together to visit a couple of plucky upstart independent food businesses which had recently found permanent sites. I’d make some tired observations about how neither offered the level of comfort to which we - crashing snobs both - are accustomed to, but hey, who cares because the revelatory quality of their product and the sheer force of personality behind their ventures won us over completely. Hurrah! 5 stars! We’d go home, I’d bash out a thousand or so words about how chains are awful, independents are brilliant, proclaim it spiffing that there are so many in Newcastle, and everyone would be happy. Well, it didn’t quite go like that.


Don’t get me wrong: we had a pleasant afternoon and it's still worth checking out either, or both. You may disagree with me and that’s fine, but in both cases, I just didn’t think that what they were putting up was quite worthy of outright commendation (though Proven Goods does win a Secret Diner Recommended sticker whilst Kimchi Planet just gets a ‘try harder’ mention).

Kimchi Planet (love that name!) had been popping up at markets and pubs for a year or so before opening up properly on a quiet street in Shieldfield last summer. They offer a small, neat and very reasonably priced menu of soups, things involving rice and, of course, the titular fermented cabbage. 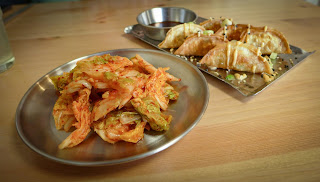 They make their own kimchi of course. Perhaps they’re concerned not to upset local palates, but I prefer mine a good deal spicier, with more fizz and funk. It was OK, but tasted very minimally fermented. 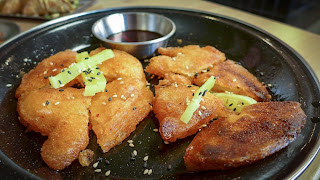 We picked at a dish of it as we waited for the rest of our food to arrive, and then also had it in a fried pancake which was pretty much a vector for grease, although not without a certain indecent charm. 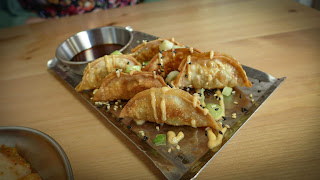 The frying was much better on a plate of gyoza-style dumplings which were golden, crisp, blistered and full of steamy shredded veg.

Who am I to tell an actual Korean person such as owner Helen Ree about kimchi? I don’t know, but if kimchi is your jam (and your name), maybe it would make sense to offer a couple of different versions, fermented for various periods of time? The stuff is neither expensive nor difficult to make, and there’s certainly no issue with product wastage. Just a thought. 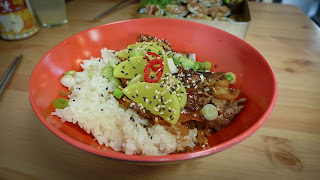 We shared a beef bulgogi rice bowl and a tray of bbq pork kimbap which are large rolled sushi. Both dishes were livened up by slices of what I think was pickled/fermented radish, but neither quite hit the spot. The beef had a nice savoury edge, helped along by slightly charred onions, but lacked much depth and was a bit on the chewy side. 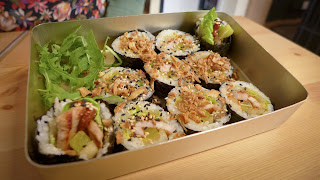 The sushi became a bit dull long before the ninth identical piece, and featured flaccid nori and a scattering of cheap tasting crispy onion bits, presumably liberated from the nearest supermarket. 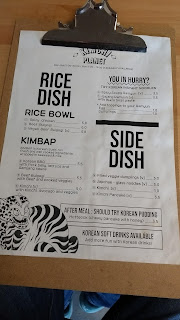 Kimchi Planet is cooking inoffensive, simple home-style Korean food. Considering you can be well fed for less than a tenner while sat at one of their blonde-wood benches, maybe that’s enough. I had just hoped for something a bit more assertive, delicious and exciting. So, we skipped pud and headed off to Hoults Yard for doughnuts. 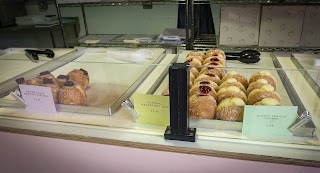 Make no mistake, Proven Goods is knocking up great doughnut dough from Unit 1 of Maling Court. Light but substantial, thanks to a long slow ferment, it is a satisfying treat. Their doughnuts have a lovely, almost papery exterior and an airy yet slightly chewy crumb. Their coffee, made from Berwick’s Luckie Beans is pretty good too. The problem is that, in my view, some of their fillings and toppings just aren’t quite cutting it, or at least not on my first visit. 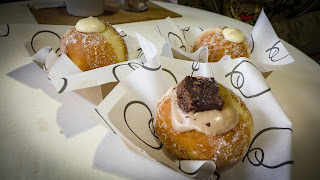 Their classic vanilla custard tastes way too sweet and overly confected, with little or no real vanilla flavour. The brown sugar brownie custard version we tried presented a variation on the same problem. Sweet on sweet is fine, but only if the flavour of the thing it’s meant to taste of really shines through. The raspberry jam, having some acidic tang, is much better. 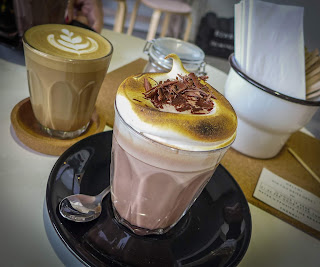 Which brings us to the item which, via Instagram, is currently bringing all the boys and girls (mostly girls, I reckon?) to Hoult’s Yard, and that’s their hot chocolate fluff. It’s essentially a hot chocolate with a swirl of marshmallow piped on top and blowtorched. It looks adorable. See it and you’ll want one.

The problem is - and Mrs Diner is very much with me on this one - the hot chocolate just ain’t that great, lacking the necessary cocoa bitterness to contrast with the sucrose-berg floating on top of it. They’re using Kokoa Collection, which is decent stuff, but I reckon they need to try a higher cocoa percentage, and to put more of it in the cup.

Proven Goods has great branding and its social media is right on. Some key elements of the product, in my opinion, just aren’t quite there yet.

We went home and I started wondering how to write this up. I wanted to love Kimchi Planet and Proven Goods as I always do when apparently nice people take the plunge and throw their work into the cold, unforgiving public gaze. Both businesses, on the face of things, seem to be doing fine, and I do hope they thrive. I nearly really liked them both, but just not quite. I guess that’ll have to do for now.

[Except that I did give Proven Goods a second chance. Couldn't resist it, could I? They were sitting on sale in a place where I get my coffee. Every morning. So I've been obliged/tempted/coerced by greed to try more of their ever-changing range. Both the dark chocolate glazed and passion fruit filled versions were flat-out delicious. I still reckon their crème pâtissière and hot chocolate recipes need a bit of work, though.]