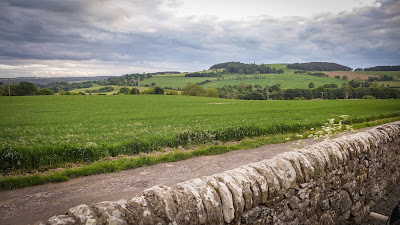 
Sometimes it takes a fresh pair of eyes to help you find something special in your own back yard. An outsider can get excited about things that might have grown mundane to a local; a stranger with genius and skill, can transform the banal, rendering it new and fresh again. Revelatory: that’s my opening salvo in trying to describe the experience at Hjem, a wonderful new restaurant in the village of Wall, just north of Hexham. 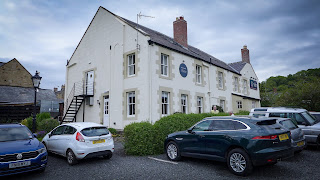 The outsider in this case is Swedish chef Alex Nietosvuori who, with partner Ally Thompson (whose family come from down the road), has taken over The Hadrian Hotel and created a 24-cover gem inside. Nietosvuori has the type of peripatetic CV not uncommon among modern and modernist chefs, with stints in a number of kitchens that get the Michelin and World’s 50 Best people excited, including Maaemo in Norway and Boragó in Santiago.

Those kitchens are noted for their meticulous, sometimes fetishistic sourcing of local and esoteric ingredients, and for finding the right way to say something about the time and place in which they find their way to the table. And now here is chef Nietsosvuori doing the same thing for our own bountiful Northumbrian larder; only four weeks after opening, it’s already a joy. 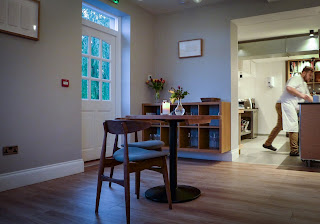 The restaurant is a small room to the back of the hotel, minimally but tastefully decked out in pale woods and calming shades of paint. The kitchen isn’t so much open as just another part of the same room, the space collapsed further by the fact that Nietosvuori and sous chef Marek Diezdiec serve a number of dishes straight to the table. 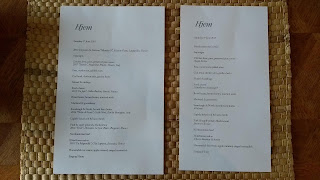 Pre-dinner choices are few, and easy: 6 or 12 courses (£45 or £75)? Paired wines (£40 or £55) or soft drinks? Is there anything you can’t or won’t eat? We answered, wine immediately arrived and it started. Rather than a drab and utilitarian blow-by-blow of everything we ate, let me try to offer some overall impressions. 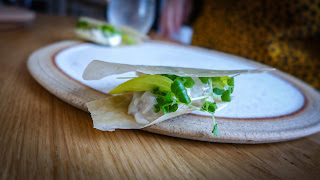 The food here is that most complicated of things to pull off: a winning expression of simplicity. Dishes typically consist of no more than three key elements, all perfectly clear in both flavour and contribution. It makes for a tremendously satisfying evening. 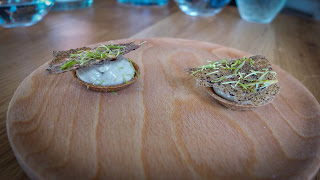 Among the flurry of snacks that arrived at our table not long after we did, a crisp sunflower seed tartlet of chicken liver mousse and mushroom crisp was evocative of moss-strewn forest floors... 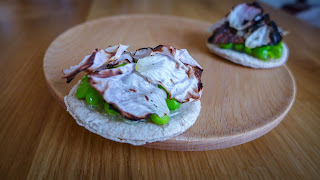 ...while grilled rose petals brought a glorious smokey edge to a flatbread of nubile new-season peas. 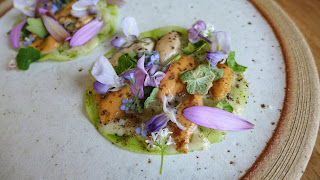 A “taco” of mussels and herbs served on a blanched cabbage leaf was a riot of colours. “Roll it up and eat it” advised Nietosvuori. We did as we were told, trying not to make a mess of his lovely wooden tables. The thing was delicious, nasturtiums giving it a peppery edge, some sort of mayo bringing it together, the flavour of the sea always lurking behind the all that vegetation. 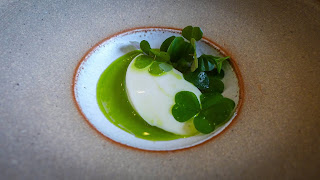 Some dishes felt austere, clean and restrained, while others delivered tremendous richness, often via the medium of Robin Baty’s superb North Acomb butter. I loved the jab-roundhouse combo of a sliver of wobbly, smooth freshly made curds with tart sorrel... 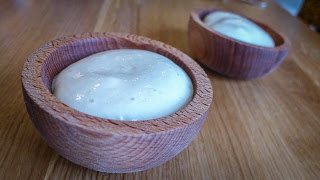 ...followed by the heady knockout of tiddly emerald broad beans, egg yolk and mustard seeds all under a devastatingly good duvet of brown butter foam. Crunches of puffed wheat completed what was the the dish of the night for me.

One of us had to drive, and usually that would have meant Mrs Diner spending a night on the Fentimans if she was lucky, water if not. Not here. A full pairing of soft drinks, poured by sommelier Anna Frost were a revelation. Never had apple juice juice flavoured with hay? You’ve never lived mate. It was like drinking a barn. 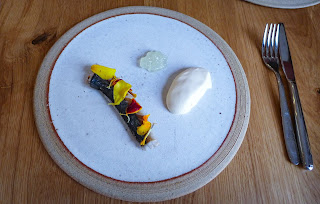 Elderflower champagne was wonderful with a mackerel and gooseberry dish... 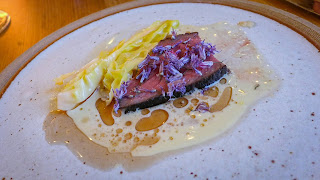 ...and a splendidly poised beetroot and rose number tasted wild, foreign and homely all at once with a superb beef and cabbage main course.

Wines were of the type that I think we are now encouraged to call “low-intervention” rather than natural. This can result in flavour profiles I can best describe as “rural”, but as the light dimmed over the fields outside, this felt apt. Some were stunning. I shall be on the lookout for Gilles Berlioz’s “Le Jaja” from the Savoie and Domaine Le Jonc Blanc, a superb Vin de France from Bergerac that was a riot of spice and violets. 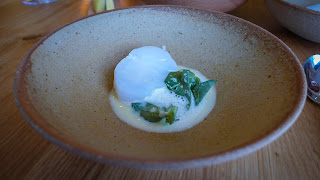 Another revelation: broad bean tops are delicious in a way that makes pea shoots jealous. They added chlorophyll to an otherwise pale dish of perfectly baked cod and a wallopingly good smoked bacon sauce. 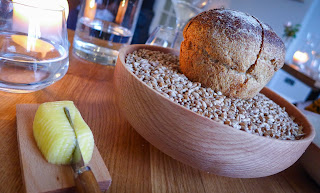 Carbs came late in the menu. A loaf of their own sourdough - and yeah, it really is their own, they even mill the bloody flour for it - had a crust you could settle wars with, while a plate of roughed-up pink fir spuds and butter was comforting on some almost spiritual level. 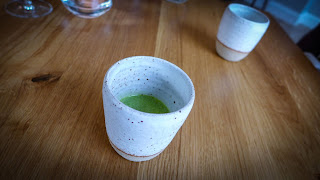 Service was warmth and professionalism from first to last. We were greeted at the door and waved goodbye. I’m a cynical git at heart but my pants were charmed right off. Thompson is a superb host, and the team as a whole manage to be right there when you wanted, not when you were halfway through a conversation. Multi-course meals can suffer from the curse of a thousand thank yous; not this one. Nietosvuori even put his tweezers down and stepped off the pass at one point to show me where the loos were. What a gent. 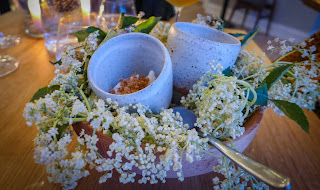 Puddings felt perhaps a little less well developed than the rest of the meal. Both the elderflower sorbet and an ice cream of horseradish with apple caramel were delicious - the latter despite my initial reservations - but could perhaps be expanded into a more substantial dish. 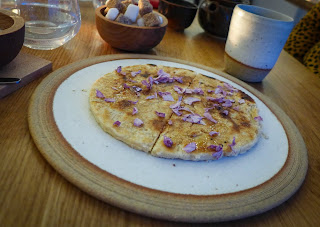 We finished with a nice, floury singing hinny brushed with some sort of cherry syrup, and glorious freshly baked financiers. Here’s the thing though, right: they’ve only been open four weeks. Four weeks!

This was a meal of tremendous assurance, charm, balance and above all, outright deliciousness. I know that Nietosvouri has served versions of some of these dishes in some recent previous gigs, so the whole thing hasn’t been worked up from scratch, but still: what on earth will it be like in six months when they’ve had a chance to take stock, breathe, and think about what they’re doing? Or a year, or five? I can’t wait to find out.

I loved that walking through the door from the restaurant into the main hotel was like stepping into another world and time, from Scandi chic to tartan chintz. It serves as a useful reminder of the scale of ambition being shown here, from skilled, curious and knowledgeable people with an instinct for the best in hospitality. 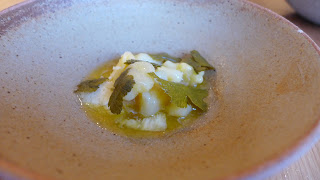 I loved the fact that this meal was a celebration of things that have lived or grown in this part of the world, but felt fresh and exciting. I loved the food, the wine, the crockery, the view from the window: all of it. It’s a restaurant that rural Northumberland has been crying out for for decades (certainly as long as I’ve been alive), and now it’s here. Just go.