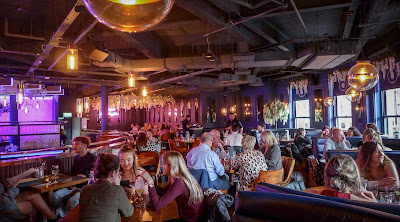 
Sometimes I reckon that, what with having spewed out nearly half a million words on the topic, I know a thing or two about the restaurant industry. At other times, I’m left thinking I know nothing at all. The subject of this week’s review made me feel the latter, and how.


It’s five years since I stepped inside a Jamie’s Italian, but if we are to believe the standard narrative then all, most, or at least some of the following is true: they were a mid-market “disrupter” when they first came on the scene, serving better ingredients than people were used to getting in chain restaurants, all washed down with a healthy dose of the main man’s cheery shtick.

Then everyone else caught up, they over-stretched their empire, people tired of eating off wooden boards, the quality went down and the whole thing became untenable. By the time they folded, people were seeing them as a nowt-special over-priced chain.

How on earth then to explain the fact that Banyan, the chain bar and restaurant that has taken over Jamie’s prime site overlooking Grey Street, was absolutely heaving on the Friday of our visit despite being – in my opinion - that exact thing? I’m not sure I can. I’ll try later, when I’ve described it to you. I’ll build up to it.

You see, our meal wasn’t completely awful, just supremely dull, and almost claustrophobically average, which might actually be worse. The only remarkable thing about it was the prices they are charging for such shrug-inducing meh. 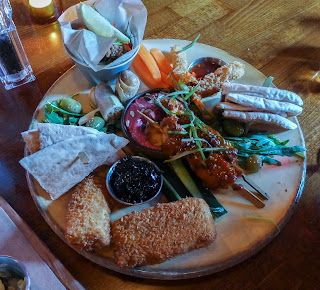 Take the “Banyan Platter” which the three of us shared by way of a starter. The whole idea of “sharers” sets my teeth on edge, but this one comprised 5 actual things off the starters menu, so I thought we might as well. Twenty quid bought us - guess what! - a wooden board, bearing a selection of bits and bobs that were barely a step up from Iceland party food (no offence, Iceland).

Beetroot houmous was wildly under seasoned, calamari were tough, chicken skewers tasted tired and pankoed brie wedges featured violently under-ripe cheese that had refused to melt despite taking a bath in boiling oil. Chopped raw carrots and rubbish pitta bread rounded out this tidy little profit-maker. Oh, there were a few olives too. The olives were fine. 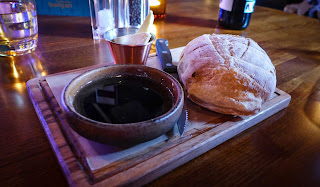 We had been served this along with an “artisan mini loaf” (£4.95) which reminded me of those par-baked things you get from Délifrance. That is not a compliment. I resented the calories, calculating how many minutes I’d have to run at some later date in order to shift them. Which “artisan” made this? They need to go back to their guild and re-learn their craft. 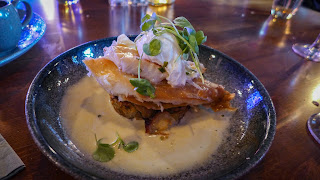 My main course was by some distance the highlight of the meal which is nice because it means I can take a break from being snarky for a minute. A substantial wodge of smoked haddock came perched on some leek and tattie hash, all in a moat of cream sauce with a runny-yolked egg on top. Homely, comforting, tasty and nicely seasoned. 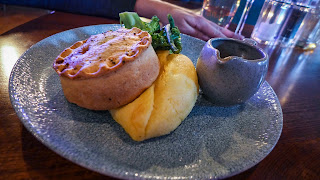 Ok, back to the snark. My friend’s pie may have once been good - they are sourced from a well thought-of producer, the Great North Pie Company - but the whole thing had seriously dried out, the pastry in particular being a bothersome chore. The mash was tacky, like it had been hanging around for too long. At £13.95 for pie, mash and gravy, I expect someone on the premises to have actually made the thing, not to just reheat it and bung it on the plate. 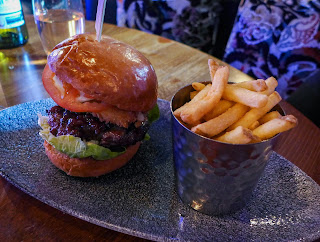 My other friend’s burger was also dry, the patty being overcooked, underseasoned and certainly not improved by another lump of that terrible brie off the sharing platter. This was also £13.95. When did that become an acceptable amount of money to charge for a dud of a burger in Newcastle? Some people say Meat:Stack is too expensive. At least their burgers taste of something. I don’t get it, and neither should you. 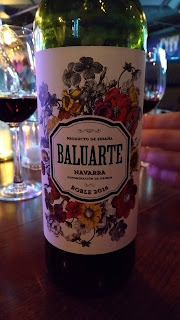 Service was perfectly fine and we had a decent bottle of (not excessively marked up) Tempranillo.

The interior was in keeping with the food, which is to say expensive and instantly forgettable. Apparently they spent £1.5m on turning around the Jamie’s site. I vaguely remember it being quite purple everywhere, with lots of exposed air ducts and some fake jasmine flowers and unclothed tables. So there. 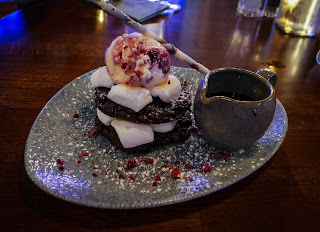 For pudding we had a couple of bog standard cookies with some cherry ice cream and a few marshmallows. It was called Geordie Smores (geddit?) and it cost £5.95. That’s all I’ve got to say about that.

Normally places like this - see also The Launderette, The Botanist, etc and so on - play to some theme or other and hammer it on Instagram. Banyan has no theme that I could discern. A banyan is a word used for a bloke’s undergarment in parts of India. It's also a parasitic tree. What has that got to do with sharing platters, burgers, pies or a Thai red curry? No, me neither. 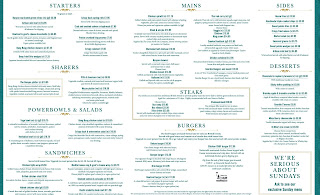 At day’s end what you’re left with is one of the least original menus I’ve seen in as long as I can remember, poorly executed and radically overpriced. And yet it was heaving.

What is wrong with us all? Are we so curious to see the latest pretty thing that we’re willing to lay down this kind of dollar for something barely better than Wetherspoons (no offence, Wetherspoons). I'm at a loss. There are legions of fine restaurants in this city that would kill to be able to offer a fraction of the punters in here a taste of what they’re doing for a fraction of the cost.

I was at Banyan out of sheer optimism and a duty to completeness. What’s your excuse?